The Lenovo Legion 5i (2022) is a great gaming laptop option for those who want a Quad HD screen without paying over the odds. Battery life is poor, but it will nevertheless be difficult to find better value elsewhere.

The Lenovo Legion 5i series gives you exactly what you’d expect from a modern mid-range gaming laptop, spanning the range from affordable Intel Core i5 models to high-performance Core i7s, with luxuries such as a QHD resolution screen and a choice of meaty Nvidia RTX GPUs.

You’re getting better specs, materials and design than on your sub-£1000 budget gaming laptops, but without paying for the premium features of the serious high-end models, where prices soar above £2000.

You can use the custom configuration options to replicate it for yourself – right now, this will cost £1488, in which case we’d be happy to find the miniscule extra for the 3070 Ti version; but pricing will inevitably change over the next few months.

It’s also worth mentioning that if you prefer your laptops powered by AMD CPUs, then there’s an equivalent Legion 5i Gen 7 series featuring Ryzen 5 and Ryzen 7 6000-H series processors.

If you’re looking for a gaming laptop that can also double as a working laptop, there’s a lot to recommend with Lenovo’s design. It’s a little business-like – not a million miles away from the style of the business-focused Thinkbook line – but elegant with it.

The dark grey aluminium of the keyboard deck and base looks great, the vents are relatively subtle, and the black magnesium-alloy lid finishes things off perfectly with a reflective Legion logo. I also like the positioning of the hinge at the top of the unit; it looks neat and brings the screen an inch closer to the eye.

This also allows for most of the connectivity to be stashed around the rear of the unit, although there are two USB Type-C 3.2 gen 2 ports on the left-hand side, one supporting Thunderbolt 4, along with a single USB 3.2 gen 1 Type-A on the other side.

At the back sit two more Type-A ports (one powered up for charging other devices), along with a further Type-C, HDMI and Gigabit Ethernet, and Lenovo’s chunky but reliable power socket. With onboard 2×2 MIMO Wi-Fi 6E and Bluetooth 5.1, you have everything you need for a high-speed network connection, your favourite gaming peripherals, fast external storage and even multiple displays.

The keyboard is another reason that this is such a good working computer. There’s no fingerprint sensor for easy log-in, but otherwise feels like you’re typing on a Thinkbook. The layout is almost identical, except for the larger, more separated cursor pad, and the keys have the same weighty feel and comfortable travel.

Don’t worry:, this doesn’t make the Legion a worse gaming laptop. True, if you want the clicky, high-speed action of a mechanical keyboard, then you’re not going to find it here. However, if you’re not playing at tournament level, it still feels speedy and responsive. The same goes for the touchpad: it might not be glass, but it’s smooth and tracks motions, taps and gestures flawlessly.

It’s about time that we saw more mid-range gaming laptops with higher-resolution screens, so it’s good to see a 15.6-inch display with a 2560×1440 resolution on even some of the more entry-level versions of the new Lenovo Legion 5i.

You get the benefits in everyday use, with smoother-looking text if you scale up the image to 150% (the default), or more screen space for apps and browser windows at 100 to 125%. In games, everything looks crisper and more detailed, and you have a display that can really do justice to the textures and effects in the current-gen titles. It’s also superb for strategy and management games, where you can zoom out a little further without losing visibility.

The screen is listed as “up to HDR400” certified, and I measured the maximum brightness at 369.7 nits. HDR video looks good, delivering rich, vibrant colours and visibly brighter highlights, even if you’re dimly aware that it would have even more zing on a brighter OLED display. It helps that contrast and colour reproduction are also solid across the board, with 96.6% sRGB coverage and 72.6% DCI-P3, plus an average Delta-E of just 0.44. That’s within the levels you’d expect for professional design or video.

It’s also great for gaming. You can play in brighter conditions and still see what’s going on in shadowy areas, without notching up the in-game brightness levels and washing things out. In darker conditions, it’s thoroughly immersive, even though – in gaming terms – it isn’t a massive screen. It also goes up to a maximum 165Hz refresh rate, which is perfect for eSports titles where super-smooth motion and split-second timing is more important than cutting-edge effects and high-res textures.

The audio side of things isn’t quite so strong, however. There’s a lot of detail and a nice wide soundstage, which is great news for both Netflix binges and an hour or two of playing Borderlands 3 or Dying Light 2. Yet the output is slightly boxy in the mid-range and there isn’t much bass. If you want the sound to be as absorbing as the visuals and the gameplay, then you might want to plug in some headphones.

Curiously, the Geekbench 5 results put it slightly behind the Acer Nitro 5 (2022), which has the same CPU and 16GB of DDR4, and the same goes for PCMark 10. However, the difference isn’t huge in all but the content creation area, where the Acer can call on its superior 3070 Ti GPU.

When it comes to games, you’re not going to hit 60fps with maximum settings at the native 1440p. Instead, you’ve got a choice of taking the detail settings down a notch, lowering the resolution to 1080p or engaging technologies such as FSR and DLSS. In games that support it, I’d do the latter.

In Horizon: Zero Dawn, for example, I could just about achieve 60fps on Ultimate settings at 1440p, but with some drops down to 7fps. Engaging DLSS on Quality mode took me up to 67fps with the minimum frame rate a more palatable 27fps. The same move also put a stop to occasional jags in Ghostwire: Tokyo and Dying Light 2, although it did introduce some odd cross-hatching on some textures in the latter game.

Alternatively, you can engage the Performance profile in Lenovo’s Vantage software, making the laptop a little noisier but giving the CPU and GPU some thermal headroom. This boosted the Horizon average frame rate to 62fps, or 64fps with a 10% GPU overclock added on top.

Fans of eSports titles will be glad to learn that the screen has a maximum 165Hz refresh rate. What’s more, with most eSports titles you’ll have the performance to get most of the way there. In Fortnite, for example, with the latest patch and season, we could hit a 160fps frame cap with all major detail settings set to max. This won’t necessarily turn you into a champ, but it will certainly make you feel like one.

If there’s one area where the Lenovo Legion 5i falls short of its potential, it’s battery life. Using the PCMark 10 Modern Office battery test, I saw Lenovo’s laptop drained of power in a rather pitiful 2hrs 8mins. Even with the Quiet thermal mode engaged, this increased to just 3hrs 14mins.

In gaming, things only get worse. Realistically, you’re looking at around an hour to 90 minutes of gaming, depending on the game you’re playing and brightness levels, so you need to stick fairly close to a power socket.

You want an affordable gaming laptop with a QHD display:

This is a well-built gaming laptop with a great screen and excellent all-round performance. You might need to reduce some settings or use advanced upscaling techniques to run at the native resolution, but cutting-edge titles will still look fantastic and play just as well.

You want a laptop with lots of stamina:

Battery life really isn’t brilliant, and some gamers might miss flashy lighting, massive vents and a mechanical-style keyboard, or might be looking for a slightly higher spec.

Like previous models in the Legion lineup, the Lenovo Legion 5i is a powerful laptop delivering a strong design and all the performance you need for gaming. And the ergonomics, display and connectivity make it a little more versatile than some rival games machines.

Rivals such as the Acer Nitro 5 2022 offer a slightly stronger spec at a similar price point, but the Legion includes a better, high-resolution screen and a more sophisticated style.

If you’re looking for a gaming laptop on which you can also get some work done, you should put the Legion 5i near the top of your list.

Used the laptop for at least a week.

Used a colorimeter to test the display. 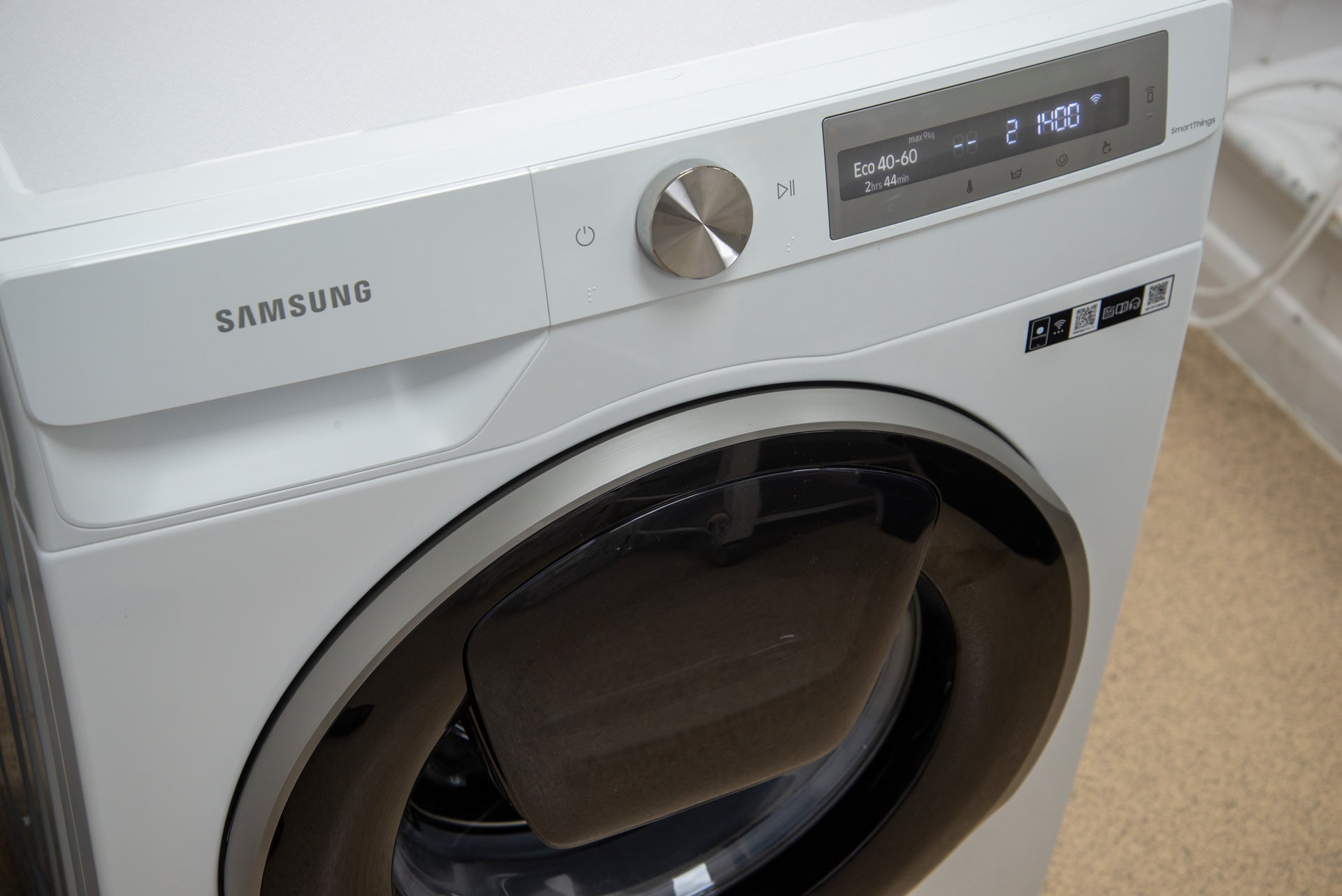 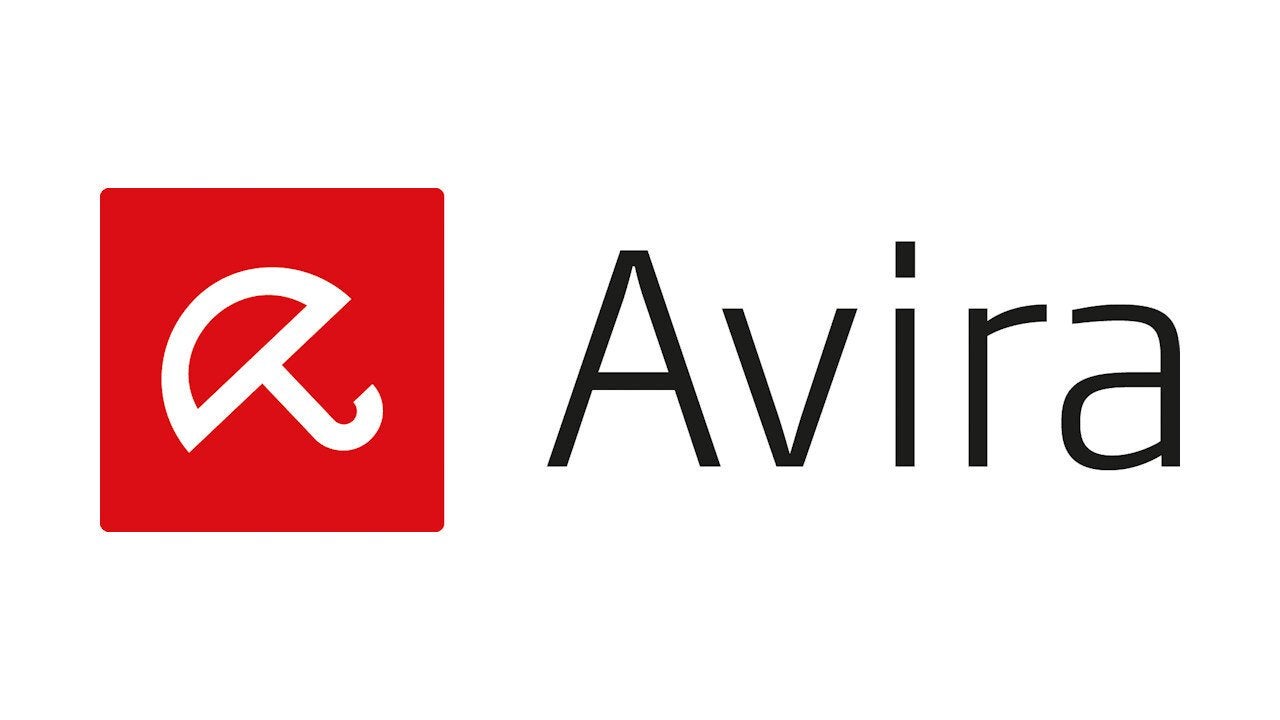 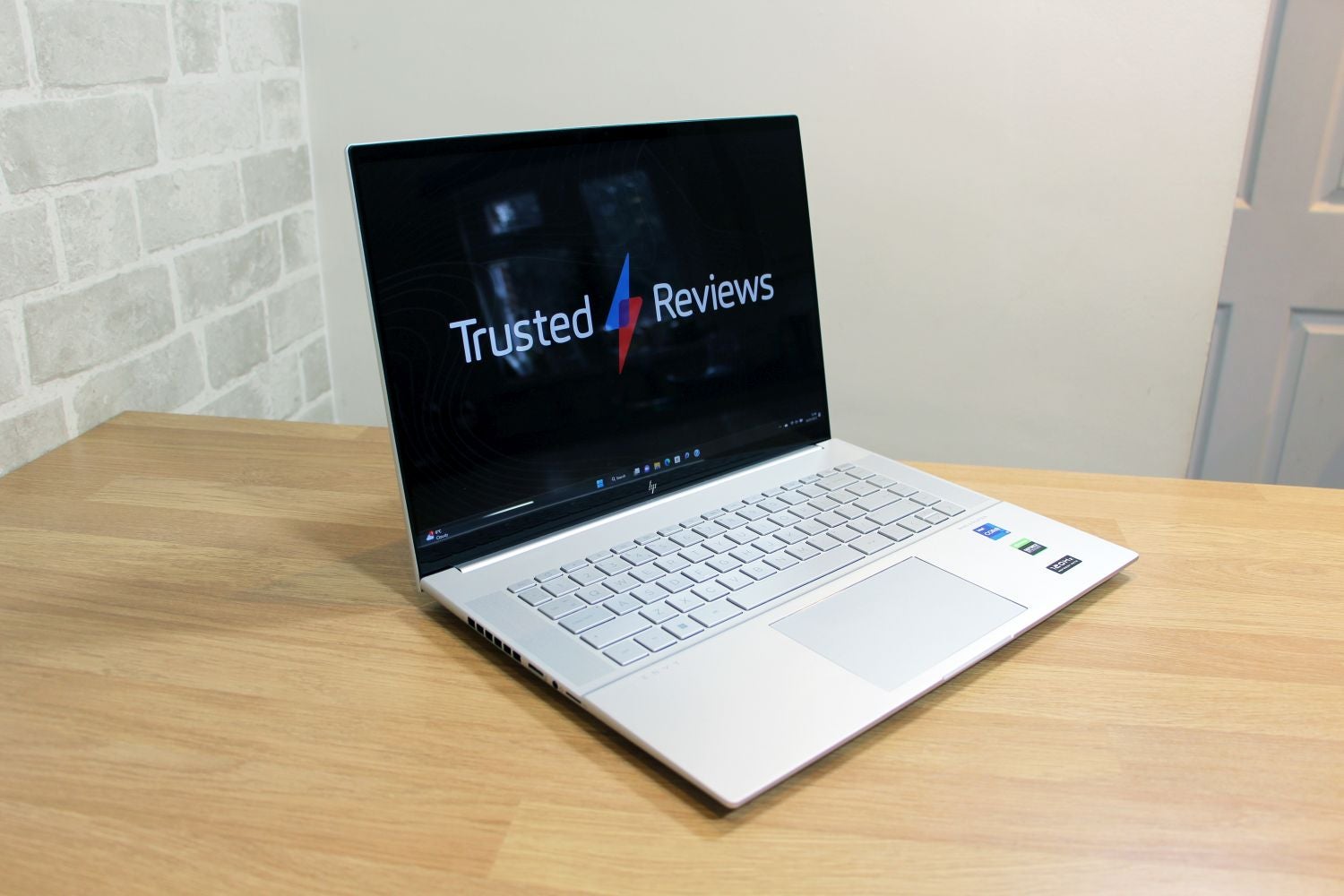 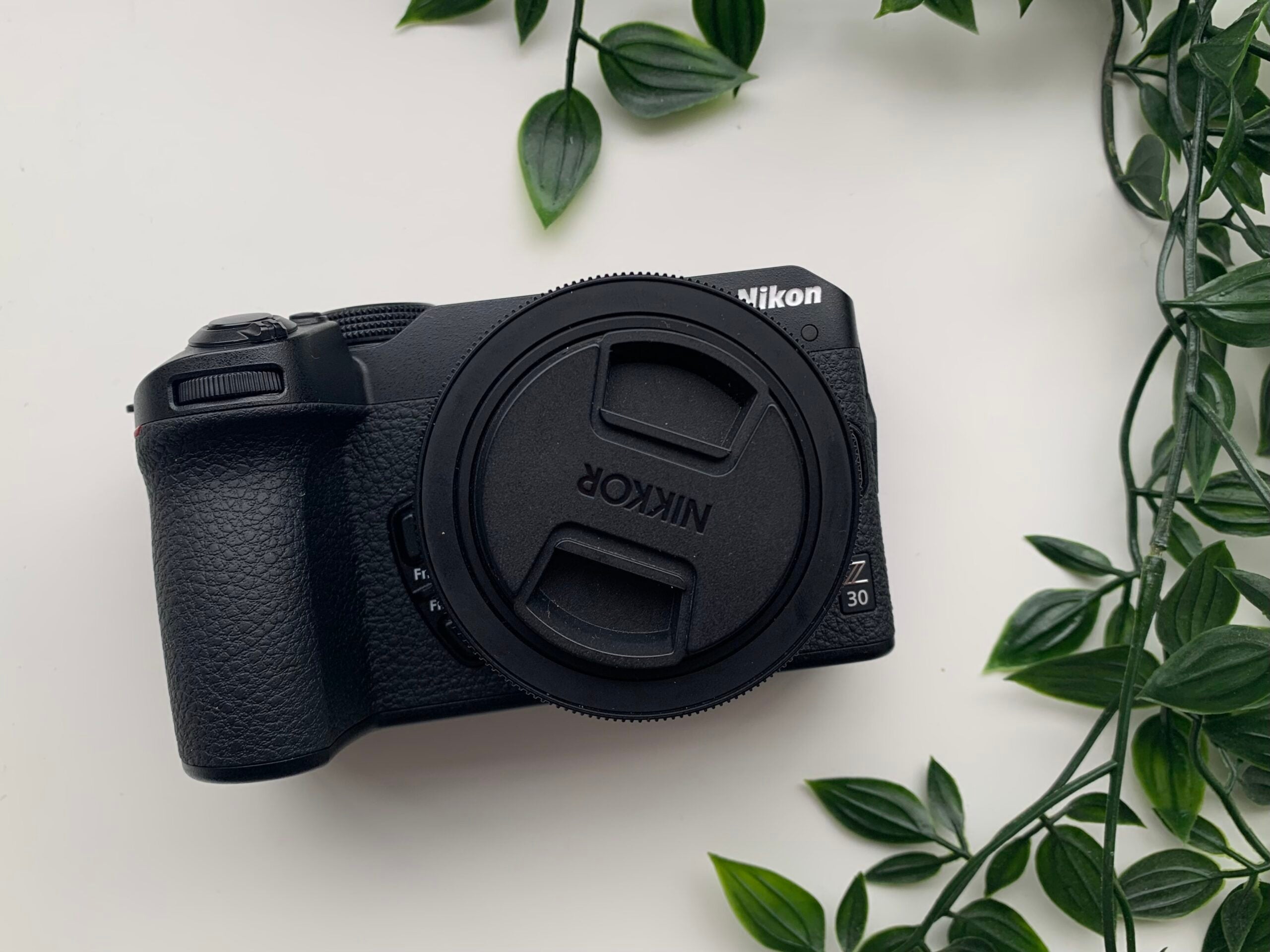 The Legion 5i uses an Intel chip, while the standard Legion 5 uses an AMD processor instead. There may also be other differences in the specs, depending on your location.

Is Legion 5i a gaming laptop?

Yes, the Legion 5i is a gaming laptop.