What is the iPad mini 2?

The iPad mini 2 aims to put to rest some of the complaints levelled at the original iPad mini – the low-res screen and average processor. And it delivers. The screen, performance and camera have all had major improvements and it shows. This is a very good tablet indeed.

The sub 8-inch tablet market is booming, though, and Apple arguably has more impressive competition in this arena than it does in the 10-inch one, with the likes of the Nexus 7, Kindle Fire HDX, Asus MeMO Pad HD 7 and many others all offering good tablet experiences at bargain prices.

ROUNDUP: 10 best tablets you can buy

Even though the original iPad mini was launched next to the iPad 4, it was actually a ‘mini-me’ of the iPad 2 – a tablet Apple released way back in early 2011. It will continue to be sold next to the new version and comes with the same processor and screen resolution as the iPad 2, albeit in a much lighter and prettier body.

The 7.9 inch IPS display on the original mini is bright and colour accuracy is good, but the 1024 x 768 pixel screen with 162ppi just isn’t as sharp as it should be. Text isn’t crisp enough and pixels are clearly visible. That sounds silly in a way, but the fact is things have moved and ‘sharpness’ is one of the most important factors for any tablet or phone. 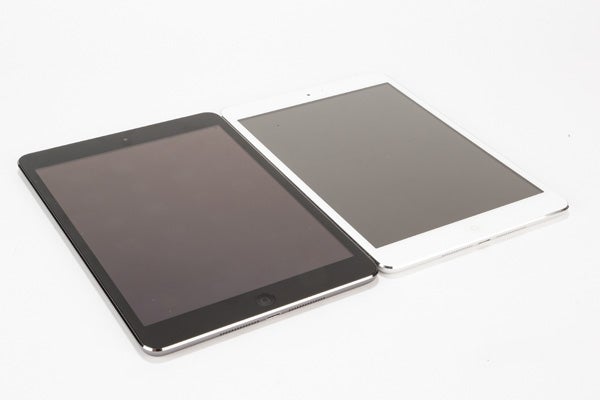 The iPad mini 2, on the other hand, is a compact version of the excellent iPad Air we reviewed recently. It quadruples the pixel count to 2,048 x 1,536 pixels with a stunning 324 pixels per inch (ppi) that’s almost exactly the same as the excellent screen on the new Google Nexus 7. The greatly improved screen pays off in a big way.

You get an immense amount of detail. Zoomed right in to high-res DSLR images the iPad mini 2’s Retina screen pops with detail and adds superb colour accuracy to the mix. It’s a very bright screen, too, although put it right next to the Nexus 7 and it’s a fraction dimmer at full brightness and the whites aren’t quite a dazzling. It’s bright enough, though, that it’s easy enough to view on a bright day.

Perhaps the biggest benefit the extra pixels bring is the smoothness of text. Reading a website or an eBook is greatly helped by the extra sharpness, the latter being a key improvement given the iPad mini’s size makes it a perfect ebook reader alternative. The Kindle Paperwhite might be the best ebook reader there is, but the iPad mini does a lot more than just read books. 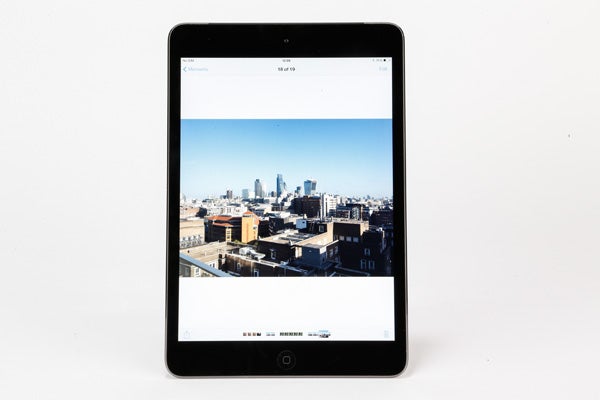 The iPad mini 2’s retina display, like all iPads before it, has a 4:3 aspect ratio – just like old CRT TVs – as opposed to the 16:9 or 16:10 most Android and Windows tablets favour. We still think 4:3 is the best aspect ratio for a tablet, but it comes with a trade-off.  If you’re watching TV or a film you end up with larger black bars at the top or bottom, making the viewing window a little cramped.

Almost all apps let you zoom in to the video, though. Yes you end up losing a some of what’s going on at the edges, but get more of the important main scene. Regardless, video quality is great. We really thought the fact that the screen is so much smaller meant it couldn’t compete with the iPad Air for watching video, but we were surprised by just how well it works as a device to consume media. For example, Iron Man 3 at 1080p looks great on-screen with explosions and fire popping from the screen.

Where the iPad mini 2’s 4:3 screen really trumps the competition is when it’s used for web browsing and apps. The squarer Retina display provides more sensible acreage and the 0.9-inch extra actually offers 35% more screen real-estate than other comparable 7-inch tablets in a form factor that isn’t any taller, and only an inch or so wider. Apple chose this size carefully and it shows: it’s just right. 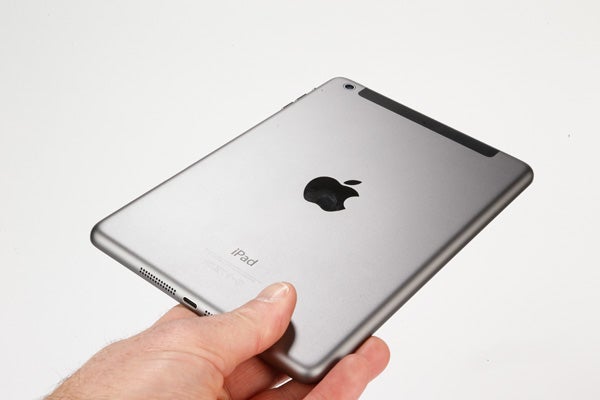 The iPad mini 2 comes with stereo speakers that reach impressive levels of sound for such a diminutive device. It’s important for a tablet that will be used for watching video to have decent speakers and the iPad mini does indeed. Not only are they loud, they are also accurate and don’t distort even when at full-blast.

A minor gripe is that the speaker drivers sit next to each other at the bottom of the mini. This makes the stereo effect less pronounced than if there was one at the bottom and one at the top, as is the case with the Nexus 7. Still, the sound that comes out is louder and cleaner than the 7-inch Android.