One of the biggest advantages of the iPad mini 2 is one that only Apple can provide – the App Store. There’s almost half a million apps optimised for the large 4:3 screen size. You can pretty much find anything you want to, whatever your special interest or need. It’s a killer feature and really adds a huge amount of value to the tablet experience compared to the relatively weak, for tablet app at least, Android and Windows stores.

The iPad mini 2 also comes with iOS 7, the restyled Apple mobile operating system. Some much-needed additions have been included such as an improved notification panel, quick-search and control centre. iOS 7 is still less customisable than Android and Windows, but it does have a few neat tricks.

For a list check out our iOS 7 tips and tricks feature.

We’ve said it before and we’ll say it again, the biggest omission from iOS 7 is the ability to create user profiles. It’s not something that is particularly necessary for phone owners, but for tablets, which are often given to young children to play with, it’s an issue that both Android and Windows tablets deal with well. 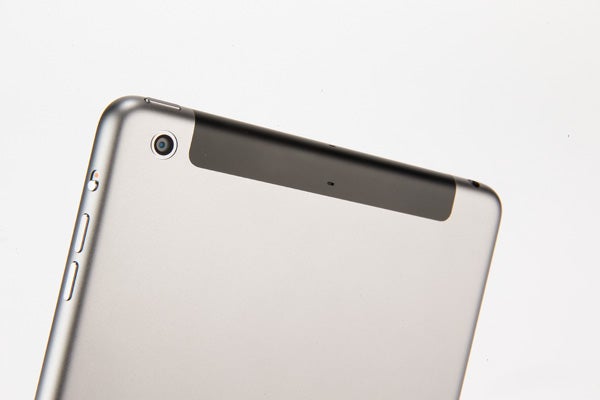 The iPad mini 2 gets a camera upgrade but, just like with the iPad Air, it’s not the one we expected. Rather than an increase in the number of pixels Apple has increased the sensor — and therefore the pixel — size of the iPad mini 2’s front and rear cameras. 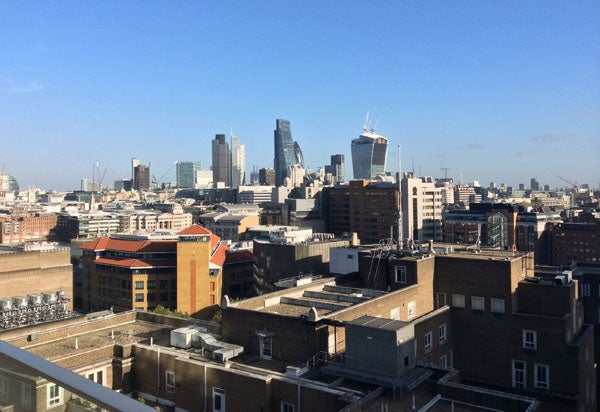 In theory the bigger pixels should allow in more light, thereby providing better images in dim conditions. In practice we found low-light pictures still come out noisy, although better than other similarly sized tablets and a lot better than the previous mini.

In well-lit conditions the camera works well. Shutter speed is quick enough to capture moments on the first try and overall image quality is adequate for day-to-day social snapping. You even feel slightly less of a berk taking photos with iPad mini Retina because it’s so much smaller than a full-size tablet. 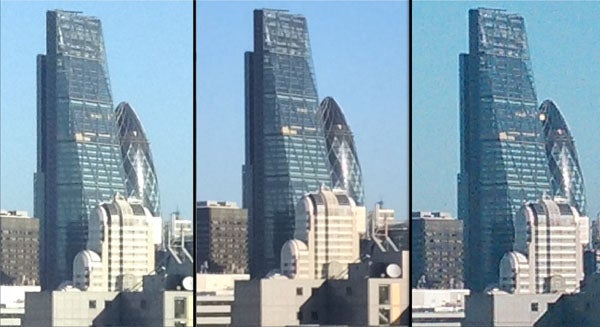 An extra mic has been added to improve voice capture for Siri and also sound for video. It is a better at capturing voices but we found that it picks up even small amounts of background noise.

As we’ve already mentioned the iPad mini 2 comes with a bigger battery, from 16.3 Wh to 23.8 Wh. This doesn’t mean that it manages to outlast the previous iPad mini though, because the processor is a lot more powerful and the screen a lot sharper and brighter. 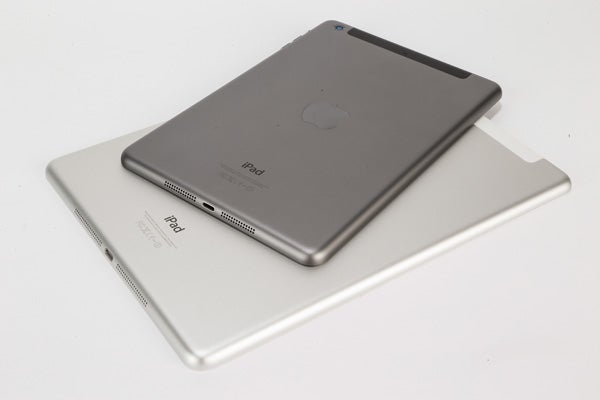 The iPad mini 2 compared to the iPad Air

It does manage to last the claimed full ten hours, even with a high brightness setting. In our mixed usage test we got 9.5 hours of constant use. This included three hours of web-browsing and emailing, three hours of streaming video, an hour of benchmarking, a couple of gaming, taking photos and some reading. With the screen down to half brightness or lower 15 hours of use is achievable.

The iPad mini 2 also charges at a fair pace. A 30-minute blast provides 16% of power from nothing.

Should I buy the iPad mini 2 Retina

Just like the iPad Air before it, the iPad mini 2 has a strong case for being crowned the best tablet in its class. However, the iPad mini 2 comes with a serious set of solid and very price-conscious competitors.

The Nexus 7 and Kindle Fire HDX 7 come in at £199 for the most basic model, making both £119 cheaper than the iPad mini 2. If you only intend to use your tablet as an e-reader, casual web browser and video player it’s hard to justify the extra expense. On the other hand you may well find that you start using the iPad mini Retina for more than you expected.

If you already own an iPad mini then the jump in screen and processor quality justifies the upgrade, especially since you can sell your old one for a tidy sum or make a gran or child very happy indeed, with a kindly hand-me-down.

Aside from the 7-inch Android tablets you might also want to consider the mini’s bigger brother, the iPad Air. It costs £80 more, looks just like the mini Retina, but you get a 9.7-inch screen which makes using it for work related tasks – like writing – better.

The iPad mini 2 has improved exactly where it needed to. Better screen, better camera and much faster processor are all present, but it’s not a wildly different experience from the original iPad mini. That’s no bad thing as the iPad mini 2 is one of the best small-form tablets on the market, even if the extra cost is a little hard to justify.