The iPad mini 2 shares its casing with its predecessor. For those unaccustomed with the iPad mini it has a slim aluminium unibody design, with a small exception for the 4G versions, which has a single piece of plastic on the rear that houses the antenna. The subtle texture on the back helps with grip and the rounded corners make it a very comfortable tablet to hold with one hand. The edges are diamond cut, exposing the shiny metal beneath.

All the buttons and switches are made of metal and there’s only two inputs, a 3.5mm headphone socket at the top and a Lightning port (Apple’s proprietary charging and data transfer tech) at the bottom, between two tastefully drilled speaker grilles. 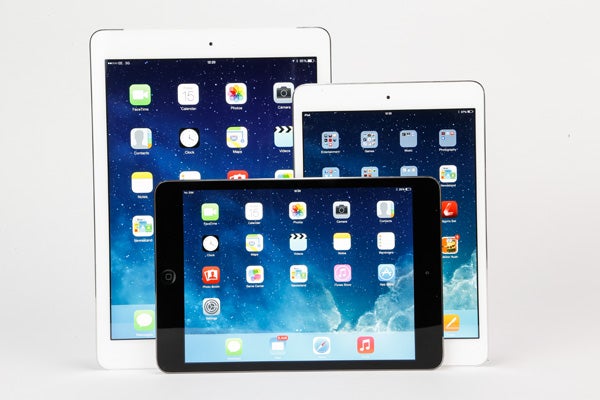 It’s an excellent design that not only feels premium, but is easy on the eye and we’re glad that Apple transferred it to the larger iPad Air.

The iPad mini 2 is a fraction thicker and heavier than the original, although you’ll be hard-pressed to notice unless you have both in your hands at the same time. The extra weight is down to the larger battery required to run the Retina screen while maintaining the claimed 10-hour battery life. The differences are minor and the iPad mini 2 remains a compact tablet, perfectly suited to one-handed use. 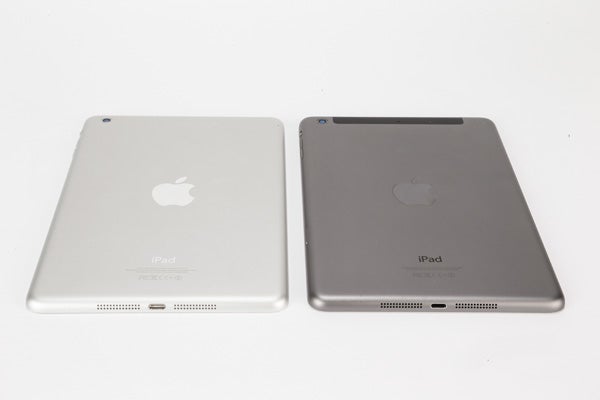 The iPad mini 2 runs on exactly the same 64-bit A7 system-on-chip processor and 1GB RAM as the iPhone 5S, as opposed to the slightly turbo-charged version of the A7 on the iPad Air. It’s dual-core and runs at 1.3GHz with a quad-core GPU providing the graphical and compute grunt.

It’s an excellent processor and makes the iPad mini 2 fly. Apps open instantly and games look and run like a dream — particularly those optimised for the 64-bit architecture like Infinity Blade 3 and Anomaly 2. You’ll never notice during real-world use that it’s a fraction slower than the Air in benchmark tests. 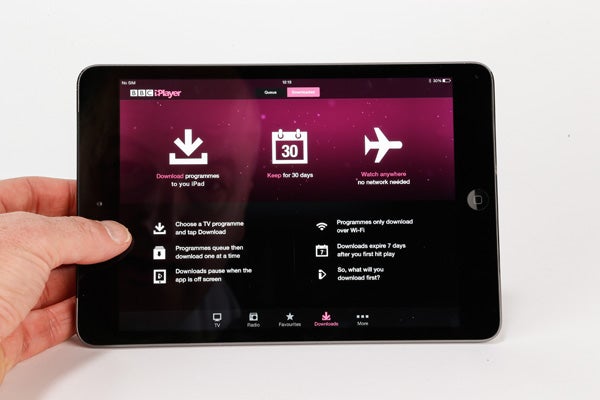 The difference in performance from the iPad 4 to the iPad Air is impressive, but there’s a huge leap of power from the iPad mini to the iPad mini 2 Retina. In our benchmark tests we found the iPad mini 2 to be at least four times more powerful than the original. This goes way above the extra muscle required to power the new Retina display. It’s a massive improvement and one you’ll notice when running intensive apps and games.

It’s also faster than any other tablets of a similar size. It beats the Nexus 7 with its last-gen Snapdragon S4 Pro by about 40% in benchmarks, but surprisingly also pips the Snapdragon 800 powerhouse that runs the Kindle Fire HDX 7 and Sony Xperia Ultra — albeit by much smaller margins.

The question is: does being so fast matter in a tablet? Arguably it’s less important than it is in the bigger screened iPad Air, which can double up as an impressively competent productivity tool when it’s attached to a Bluetooth keyboard. On the other hand, the iPad mini Retina’s smaller form-factor makes it better for gaming – one of the most processor intensive tasks around. Let’s put it this way, we’d rather have the extra power than not. 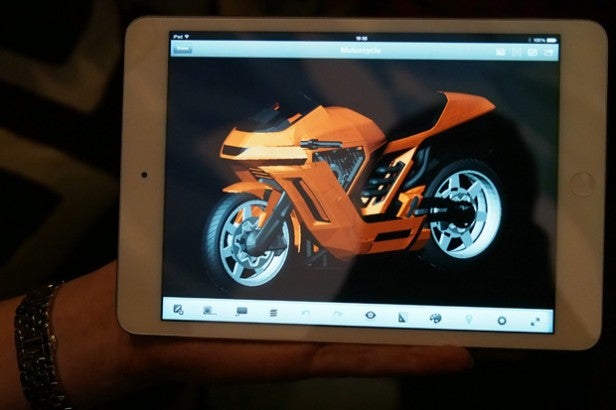 One of the primary reasons the A7 chip was made with a 64-bit architecture was so that it can run the innovative Touch ID fingerprint scanner on the iPhone 5S. The ability to unlock your phone or tablet with a fingerprint might sound like a bit of a luxury, and frankly it is, but it’s a brilliantly realised one in the 5S. Unfortunately, we don’t get this little gem in the iPad mini 2, although it would is a pointless feature if you never lock your iPad.

What we do get is the nifty little M7 co-processor. It manages the iPad’s motion data from the accelerometer and improves battery efficiency by being much more low powered and is particularly effective in telling 4G models to stop searching for signal when none is available.

The M7 is also increasingly being used by app developers to minimise the effect on battery life of apps that track motion, such as exercise ones. The Day One app, for example, that records and preserves a daily journal of the steps you’ve taken and the distances you’ve travelled, now uses the M7 processor and therefore uses much less battery in the background. Thinking outside the box to improve battery stamina other than whacking a bigger battery in is just the kind of thinking we like, though the M7 is arguably more useful overall in the iPhone than in the iPads.

There’s a plethora of antennas packed into the iPad mini 2 and we found that it matched the iPad Air’s excellent Wi-Fi performance almost exactly, making it twice as fast as the previous model. If you want speedy Wi-Fi on your tablet then mini does the job well, the only minor omission being wireless standard 802.11ac. The vast majority of people don’t own an 802.11ac compatible router so this should only affect only internet speed-demons, though the premium you pay for an iPad makes it small buy understandable niggle.

Of course the iPad mini 2 does not have a microSD card slot for expandable storage, but it does come in a few sizes, from 16GB to 128GB. The fact that the main competition (the Nexus 7) also forgoes microSD makes it less of a disadvantage, but if it’s a deal-breaker for you then you could opt for the much cheaper 7-inch Tesco Hudl or Asus MemoPad HD. You’ll find a big drop in quality if you do, though.