It may not be able to take on the Nintendo Switch, but it's a good phone nonetheless.

The Mate 20 X is Huawei’s attempt at making a gaming phone that’s capable of rivalling the Nintendo Switch – currently the undisputed king of portable gaming.

If the pitch sounds familiar, it should; it was Razer’s claim on launching the imaginatively named Razer Phone 2. Asus subsequently followed suit with its ROG Phone, which featured an incredibly similar controller peripheral to that of the Mate 20 X, one that makes it look like a “1337” Switch.

However, if the latter is what you’re after then you’ll have to look elsewhere. Despite the marketing hype, the Mate 20 X does little to justify its lofty claims of being a gaming device, apart from its ridiculously large screen and battery.

Editors Note: Due to the recent retraction of Huawei’s Android license, future Huawei and Honor phones won’t be able to access Google Play Services and as a result many Android apps including YouTube and Gmail. Both Huawei and Google have confirmed Huawei and Honor phones, like the one in this review, will continue to have access for this time being. Until we know more about the situation we’re leaving the scores on all our Huawei reviews, however as the situation changes we’ll revisit this.” 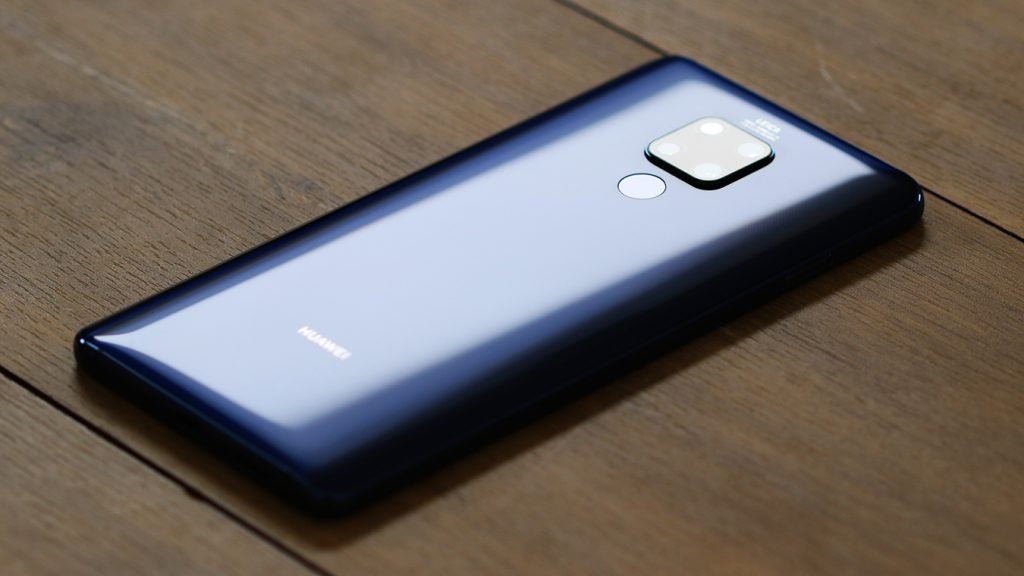 The peripheral the company made such a big deal about at the phone’s launch has since failed to appear; as far as I can tell, it isn’t on sale anywhere. Even if it was part of the package, I still can’t see the Mate 20 X being a rival to the Switch. Android’s gaming library isn’t anywhere near developed enough to justify the comparison.

But if you simply want a giant phablet with top-end specs then the Huawei Mate 20 X is a solid phone in its own right, likely to meet 99% of users’ needs – if you can stomach its huge dimensions.

The Mate 20 X is a behemoth of a smartphone, even by phablet standards. Featuring a 7.2-inch display, half a decade ago it would have been classed as a tablet, not a phone. The moment I picked it up I had flashbacks to the time I reviewed the Asus Fonepad.

Coupled with its 8.1mm thickness, the Mate X 20 is a giant device that takes some time to get used to. Even as a regular phablet user I found the device a little difficult to navigate, and unless you have bear paws for hands, you won’t be able to use it comfortably one-handed (even with the assistive software feature). 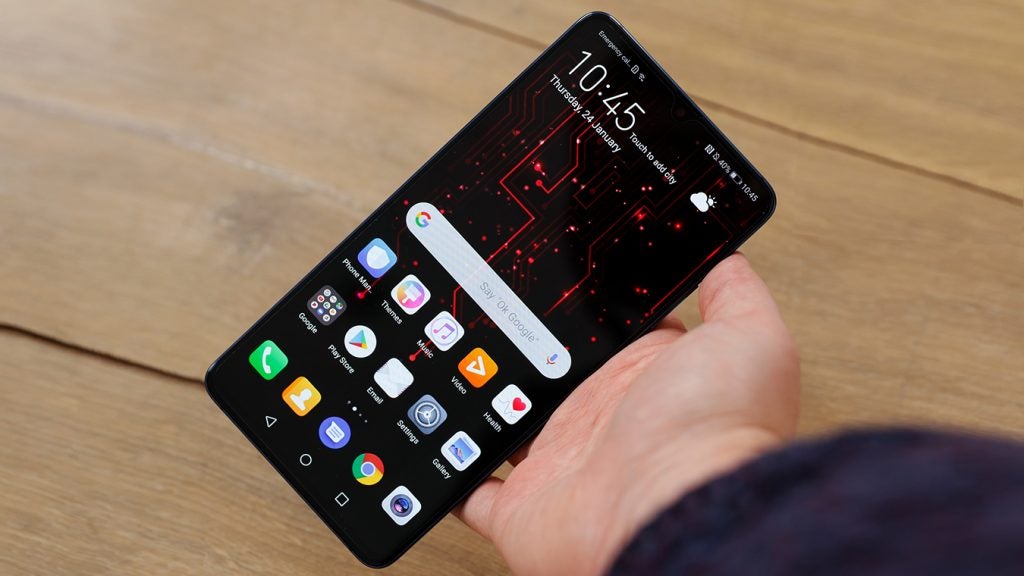 Thankfully, the Mate 20 X ticks all the right boxes design-wise. The phone looks like an enlarged Mate 20 Pro. It has a similar mixed metal and glass design, and near-identical blue colouring. The Mate 20 X feels premium in the hand, delivering top-end appeal on a par with the Samsung Galaxy Note 9 and surpassing that of the slightly chunky ROG Phone and Razer Phone 2 – which have unashamedly stereotypical gamer-based aesthetics.

The phone is pretty decent when it comes to functionality, too. Around the back, you’ll find a small fingerprint scanner that’s neatly seated below the top tri-camera. At the bottom, you’ll find the now standard USB-C charging port and one of two dual speakers. The only atypical feature is the 3.5mm jack, which sits on its top and makes the Mate 20 X one of a select few handsets capable of connecting to cabled headphones without a dongle. 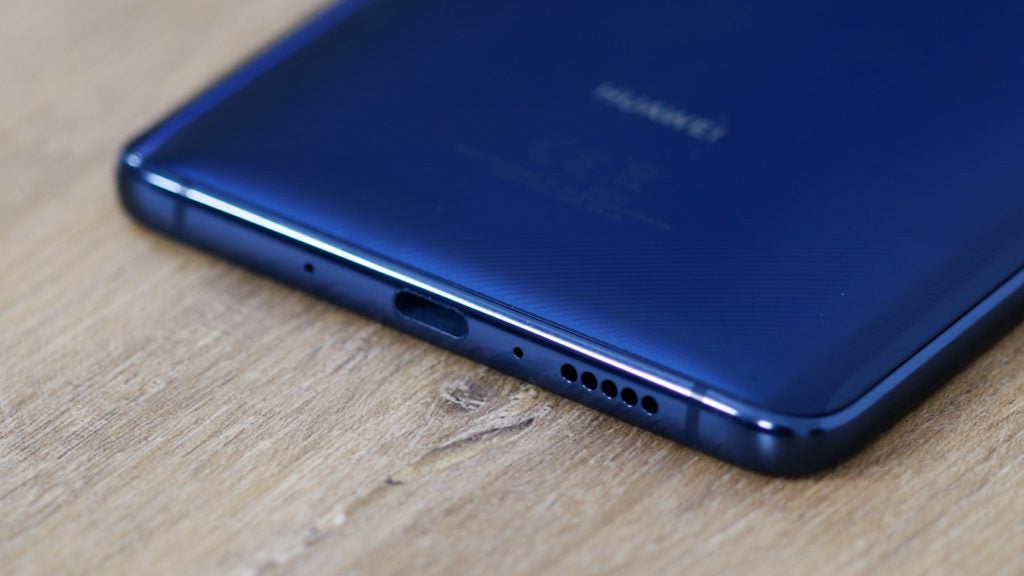 Sound quality from the dual speakers can’t match up to the Razer Phone 2, one of the best phones in terms of audio quality for watching Netflix and gaming. Nevertheless, it’s still a cut above most of the phones I test.

Max volume is suitably loud and the speakers offer a surprising amount of low-end, which helps make movies and games sound suitably immersive. The only downside is that they’re side-facing, which means it’s all too easy to accidentally cover them when holding the phone in landscape.

If you’re looking for an alternative to the Note, then the Mate 20 X also features support for Huawei’s M-Pen3 stylus – although I can’t see many bothering, since you have to buy it separately and there’s no way to dock it with the phone.

Build quality is solid, although I’m not convinced the glass back – coupled with its hefty 232g weight – will survive even a moderate drop. Luckily, there’s a transparent silicon case included in the box, so this isn’t too big of a deal if you’re happier with the phone looking even chunkier. 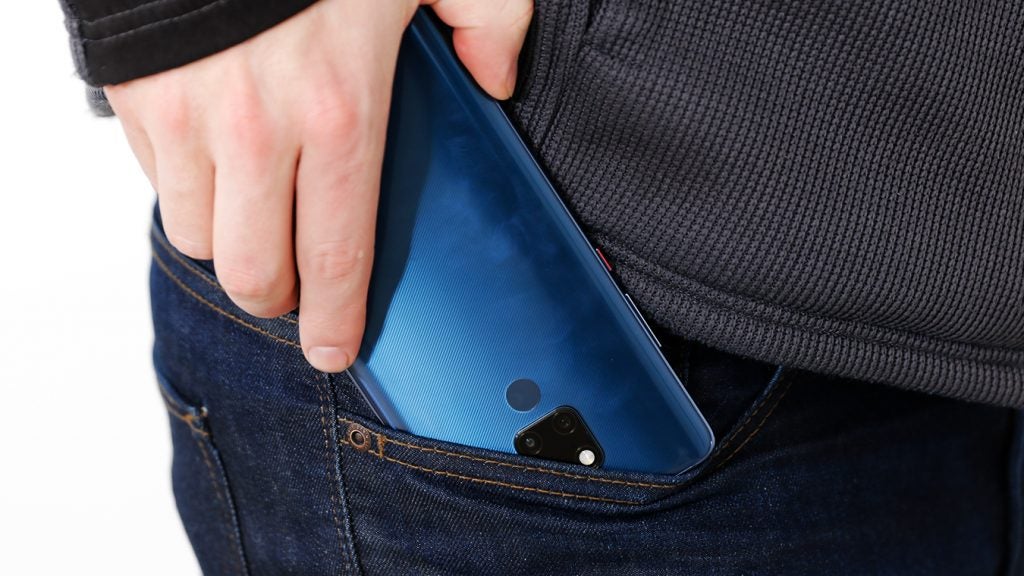 Be aware, even a generous jean pocket will be dominated by the X’s vast proportions

My only serious concern around the Mate 20 X’s design stems from the fact that, despite being marketed as a gaming phone, it doesn’t have any immediately obvious gaming features. Unlike the ROG Phone, there aren’t any extra “Air Trigger” controllers. The game-focused features are limited to a custom cooling system and the GPU Turbo 2.0 technology that’s you’ll find in pretty much every new Huawei and Honor Phone these days.

I can forgive the lack of ROG Phone-style peripherals, or custom controls, but for me the absence of a variable refresh rate screen on any phone being marketed at gamers is a frustratingly glaring omission. The initial Razer Phone was the first handset to feature a variable refresh rate, and remains a perfect showcase of the reasons any entertainment-focused phone should have the feature.

Variable refresh rates are common on most PC screens. For non-techies, it refers to how many times per second a screen renders an image. A higher number will mean content such as games will run more smoothly and feel more reactive, since there’s less of a delay between when you enact a command and it being shown on-screen. A lower number means animations and content won’t be as smooth, but the screen will consume less power. 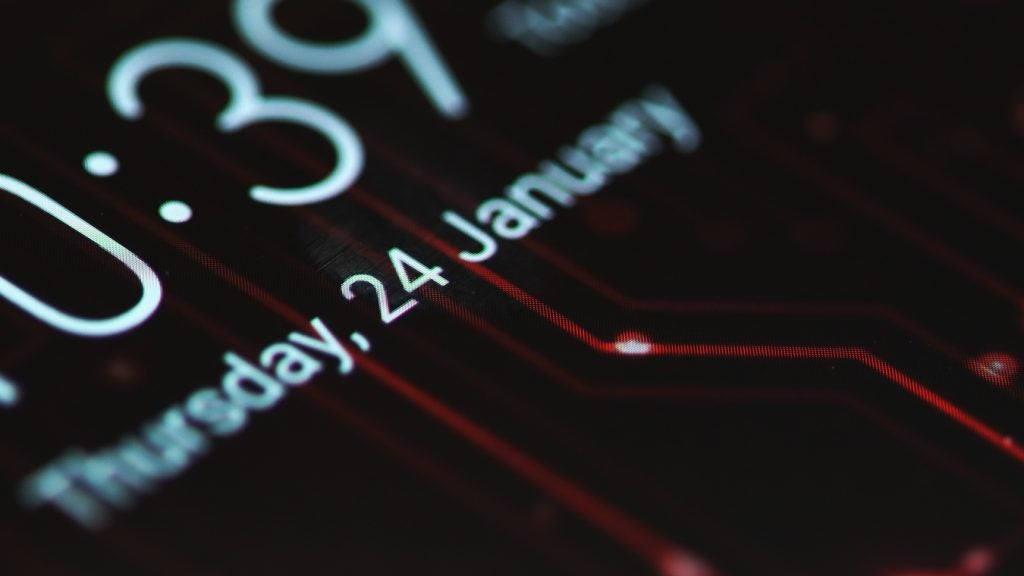 Most phone screens – including the Mate 20 X’s – are locked at 60Hz. The Razer Phone and Razer Phone 2’s screens were great because you could take advantage of both features, setting the phone to run at a lower refresh rate for basic tasks such as checking spreadsheets, or navigating the phone’s menus, and jump to 120Hz when gaming.

Without it games such as PUBG will only ever run at 60fps, even if the phone is capable of playing them faster. This makes the Mate 20 X’s hardware feel a little wasted and a step behind its equivalently priced ROG and Razer competition.

Thankfully, the screen ticks most of the right boxes. The 7.2-inch panel’s FHD+, 2244 x 1080 resolution isn’t the sharpest around, but it’s more than good enough. Icons and text look sharp, and I didn’t notice any serious pixelation. The OLED panel also offers solid blacks that are pleasingly deep and it’s suitably bright to play mobile HDR content too.

My only minor quibble is that colours look slightly distorted, regardless of which screen preset you pick. Out of the box, the screen runs in its ‘Vibrant’ setting. This is the equivalent of the showroom setting for TVs. It cranks up the colour settings to an extreme, completely oversaturating them in the process. Putting the screen in its ‘Normal’ mode improves matters but then makes colours appear a smidgen too cool.

There are manual controls, but they’re nowhere near as intuitive as those found on competing handsets, which makes tweaking the it all a bit of a faff.