The Razer Phone 2 is perfect for PUBG sessions on the go, but it gets a few basics wrong

What is the Razer Phone 2?

Avid gamer looking for a perfect mobile fragging station? Then the Razer Phone 2 may be the handset for you.

The imaginatively named Razer Phone 2 is the second phone from gaming peripherals and hardware specialist Razer, and according to the company, it has been ‘designed by gamers for gamers’.

At first glance it’s not the most interesting gaming phone to arrive this year. It doesn’t have the ridiculous design or wealth of peripherals offered by the competing ROG Phone. Instead it’s a 0.5 upgrade that aims to fix minor issues that hampered the original Razer Phone’s appeal to non-gamers.

But the changes Razer has made, which include an improved max screen brightness, upgraded internals and the addition of wireless charging, are positive. These, coupled with the still excellent sound system and super slick, HDR-ready, 120Hz refresh-rate screen, mean the phone is still a dream for avid mobile gamers and Netflix bingers.

Ongoing issues with the camera and a boxy design continue to hinder its appeal for everyone else, however. If gaming isn’t your primary concern, you’ll still be better off investing in a competing flagship, like the Samsung Galaxy S9 and iPhone XR.

Visually, the Razer Phone 2 still has a Marmite factor. At first glance it looks very similar to its predecessor. It has the same hard-line, rectangular design that pairs a 16:9, 5.75-inch screen with chunky top-and-bottom Dolby Atmos-certified speakers.

The speakers may look chunky, but they remain a key selling point for me. Gaming and movie audio is significantly louder than on competing phablets and has a surprising amount of bass extension. Gunfire and the rumbling of car engines have a lot more attack and power than you’ll get on competing phones. The addition of Dolby Atmos support further aids its gaming and entertainment chops and helps give audio a faint, but noticeable sense of direction.

The button placement is identical to the original Razer Phone, with the volume rockers sitting on its left and the power on its right. As before, the power button has a fingerprint scanner built into it. The scanner isn’t the fastest I’ve tested, but it is fairly reliable and easy to use, with the power button sitting where your middle finger will naturally rest.

Turn the second generation Razer Phone 2 around and you’ll spot one key difference between it and the original: it has a Gorilla Glass back. Personally, networking difficulties aside, I preferred the robust feel of the all-metal original, but the change does at least bring with it new support for Qi wireless charging.

The phone’s rear logo and charge-stand’s RGB lighting strip both work with Razer’s Chroma app. This works exactly the same way as it does on the company’s PC peripherals. Jump into the app and you’ll be able to pick what colour you’d like and adjust it to play various patterns for things like incoming notifications.

Personally, I think RGB lighting is pointless and generally makes any device it adorns look like a child’s toy. But Razer has made it easy enough to turn the lighting off or set it to only activate in very specific conditions, so it’s not a deal-breaker. I’m also please to see that Razer has managed to build the Razer Phone 2 to IP67 water and dust-resistance standards, which should let it survive the odd accidental submersion hassle-free.

Under the hood, Razer has also made a few updates. Chief of which are the improved vibration engine, which lets the phone give stronger haptic feedback when doing things like gaming, and Gigabit LTE. 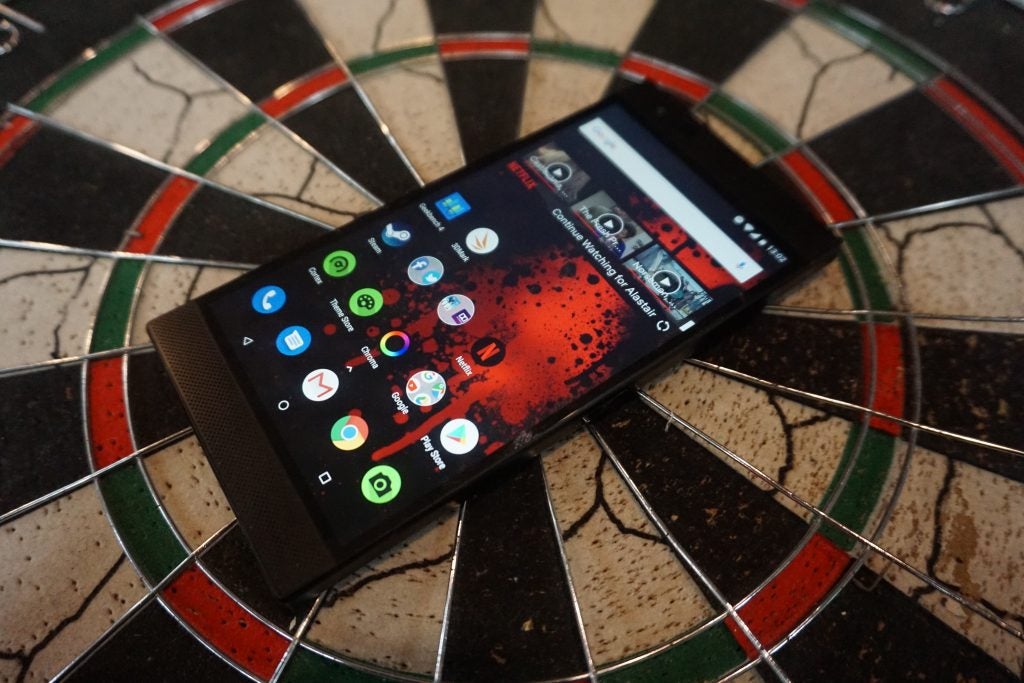 The Razer Phone 2’s display has been given a light spruce to increase the max brightness to 645 nits. This is in an effort to help it meet mobile-HDR standards.

Holding it next to the original Razer Phone, the screen is definitely brighter, but it’s far from the brightest available. Competing flagships, such as the LG G7 and Galaxy S9, easily beat it on this front.

The only other phone I know of that can do this is the Asus ROG Phone, though until I get a chance to properly review it, I can’t sensibly comment on how the two gaming phone displays compare.

The nifty ultramotion tech also makes a return on the Razer Phone 2 and remains a key selling point for gamers. Ultramotion is a similar technology to G-Sync; Razer debuted it on its original phone. It syncs the GPU with the Razer Phone 2’s variable refresh-rate screen to reduce the number of screen tears. The combination of factors made playing games like PUBG feel noticeably smoother and more reactive than it was on competing flagship phones.

The QHD resolution also ensures icons and text look uniformly sharp. My only minor quibbles with the screen are its old school 16:9 aspect ratio and slightly dirty whites. The issue was particularly noticeable holding it next to the iPhone XR and LG G7 and is a shame as the screen is otherwise fairly well calibrated.

Blacks aren’t as deep as AMOLED panels, but they’re good enough to give the screen a decent contrast ratio and colours don’t look too cool or too warm, giving rendered images a pleasingly realistic look.

Razer claims it stuck with the basic 16:9 aspect ratio because most movie content is mastered in it, but it made the phone feel a little old school and flabby compared to competing flagships, such as the Galaxy S9, which has a slicker 18.5:9 aspect ratio. 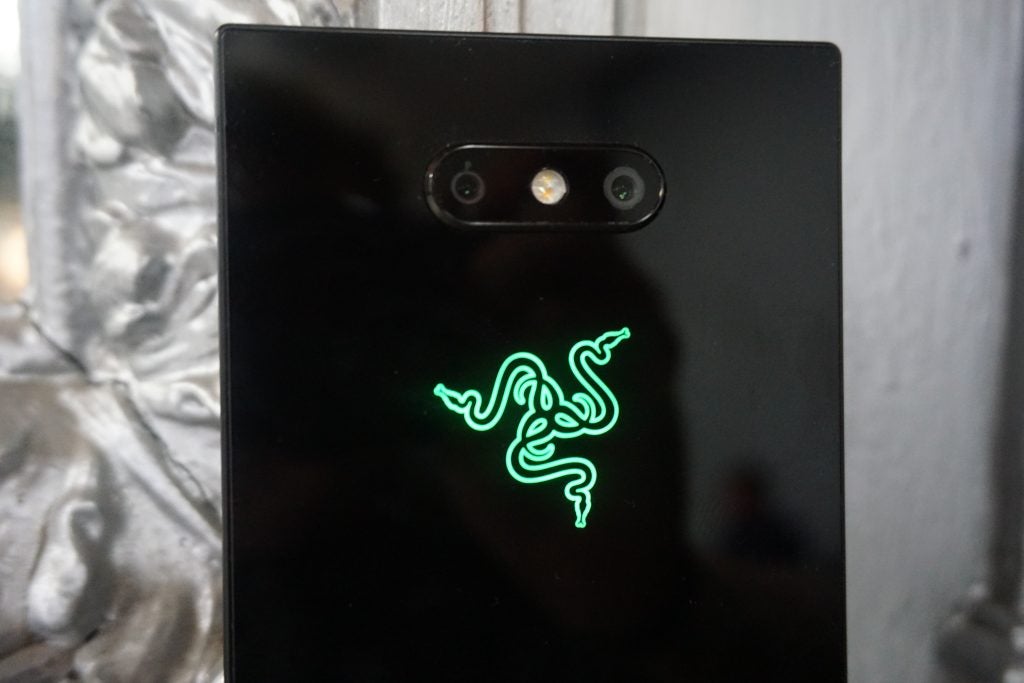 Razer has taken a pleasingly light touch with the Razer Phone 2’s software. Out of the box, the Razer Phone 2 runs using Android 8.1 with the Nova launcher – an update to the next version of Android has been confirmed as well.

The software does have some third-party applications and services installed, like the Chroma RGB light control, but is generally bloatware-free. There aren’t any duplicate music players, calendars or email clients installed. Instead you’ll just find app shortcuts to the Razer theme store and controls for Dolby Atmos.

All in all, outside of the Pixel 3, Pixel 3 XL and Android One phones, such as the Motorola One, you’ll struggle to find a cleaner Android install.

When it comes to graphical grunt, the Razer Phone 2 is right up there with 2018’s other flagship phones. Under the hood you’ll find a powerhouse Qualcomm Snapdragon 845 CPU and 8GB of LPDDR4X RAM.

These specs let the Razer Phone 2 run pretty much any game you throw at it hassle-free. PUBG purred along with zero lag or stutters. The phone also easily deals with multiple-tab web browsing. A new new Vapor Cooling system, which replaces the old Razer Phone’s heat pipe, ensures the phone never heats up to uncomfortable levels, even during prolonged gaming sessions.

The only issues I noticed stemmed from software glitches. On occasion the Razer Phone 2 would stall for a fraction of a second or unexpectedly close an app. Thankfully, these incidents only happened very occasionally, but they are an annoyance nonetheless. I was particularly irate when an app crash robbed me of a chicken dinner in PUBG.

The Razer Phone 2’s synthetic benchmark scores mirrored my real world findings. You can see how it compares to the Pixel 3 in the table below. 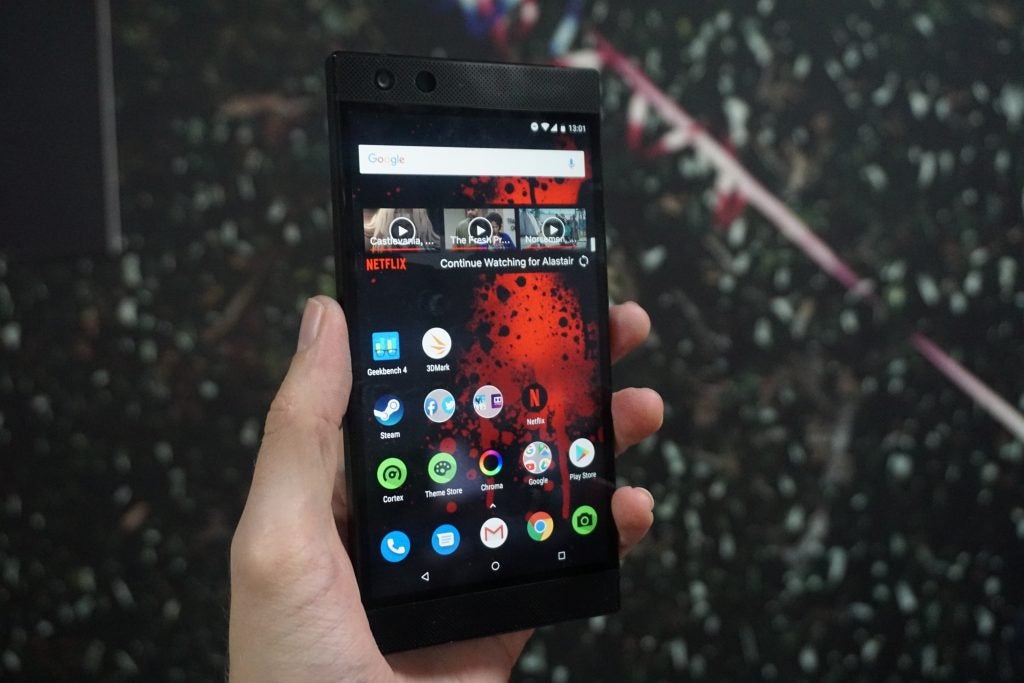 Camera performance was a key thing the original Razer Phone struggled with. The Sony sensors weren’t set up correctly and the native app was disturbingly sparse, missing common things like a portrait mode.

One year on, Razer claims it has fixed these issues but is redoing the camera app and adding OIS (optical image stabilisation) to the dual lens rear camera set-up, which pairs 12-megapixel AF f/1.75 Wide and 12-megapixel AF f/2.6 telephoto sensors.

On paper the set-up is solid, albeit not industry leading. With real-world use, the camera is a definite step forward from the original Razer Phone. Key upgrades include a more diverse set of shot and video options. Scrolling through, I found all the usual suspects expected of a flagship, including portrait, panorama and manual options.

The phone’s video capabilities also appear to have been improved, with the updated app having an option to capture 1080p footage at 120fps.

Images taken in decent light are good enough for use on social media. Shutter speeds are also faster and colours and contrast levels look reasonably realistic. However, the camera still lags significantly behind competing flagships such as the Pixel 3 and Galaxy S9.

For starters, it doesn’t pick up anywhere near as much detail, and low-light performance is still sub-par, despite the addition of OIS. Images taken in low light rapidly pixelate and pick up noise. The autofocus also becomes hit and miss even in moderately dim conditions.

The custom modes Razer has added, while welcome, don’t match the competition. The portrait mode, which is intended to create a faint bokeh effect around the subject matter, where the person is in focus but the background is blurred, is a good example.

Testing the Razer Phone against the Pixel 3, which is Trusted’s camera phone of choice, shots taken on the Razer were less detailed and suffered from artefacts. Blown up, the phone would also occasionally struggle to detect the subject, leading to out of focus areas around the person’s shoulders and face.

You can see a selection of photos taken on the Razer Phone 2 below. 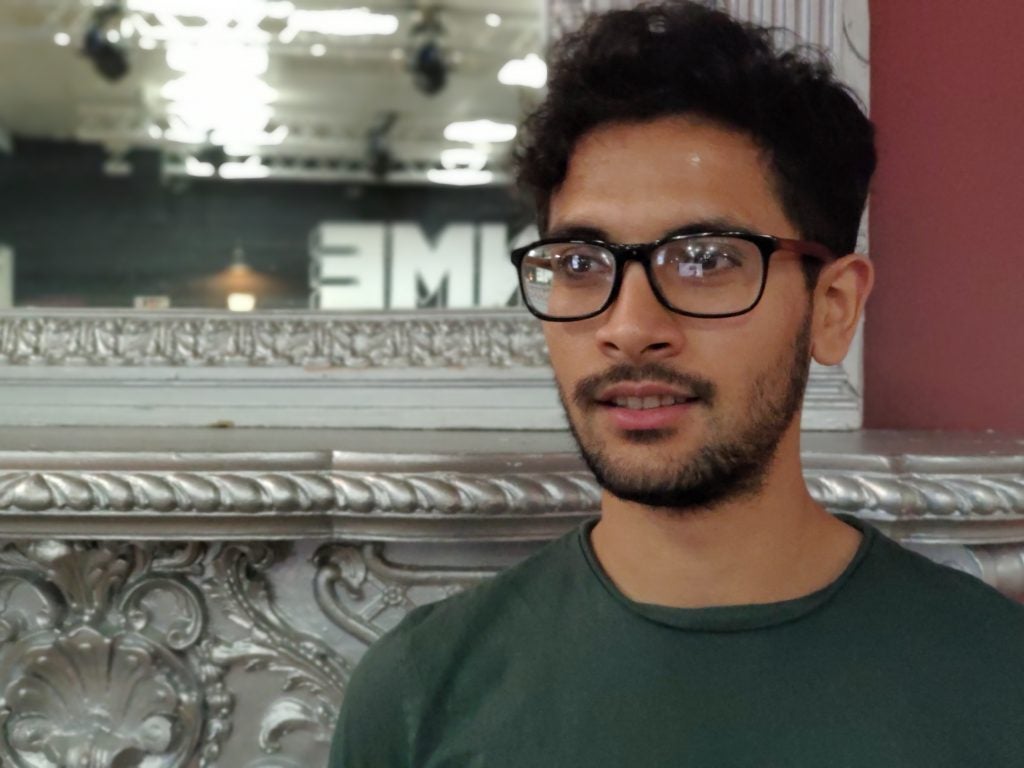 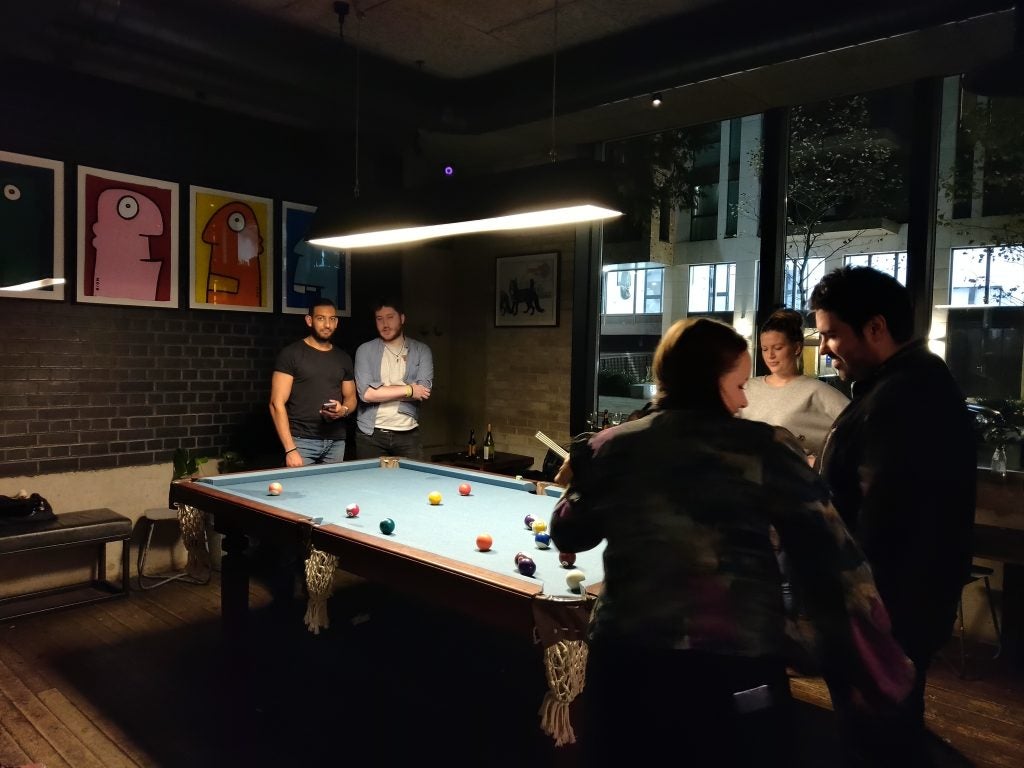 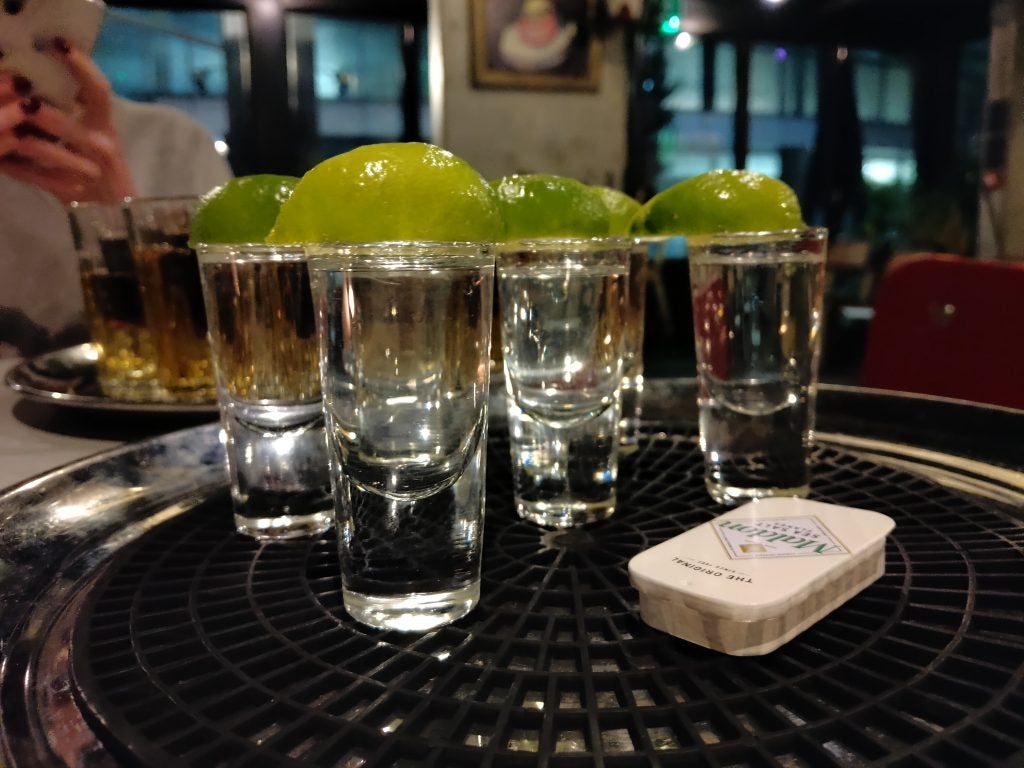 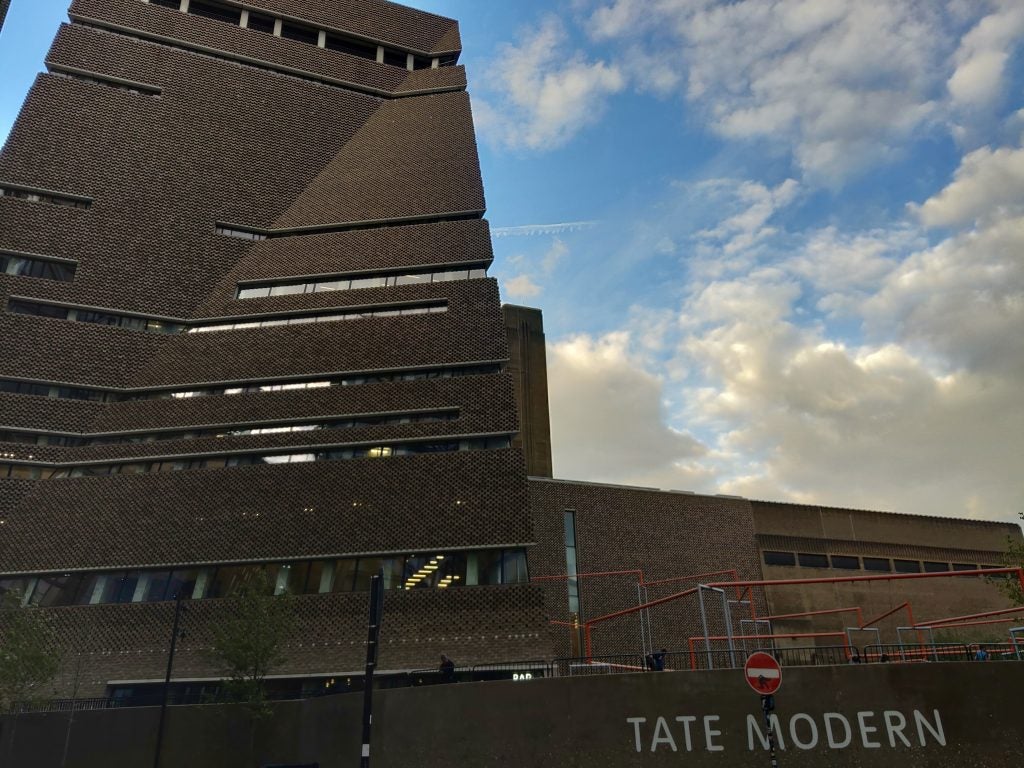 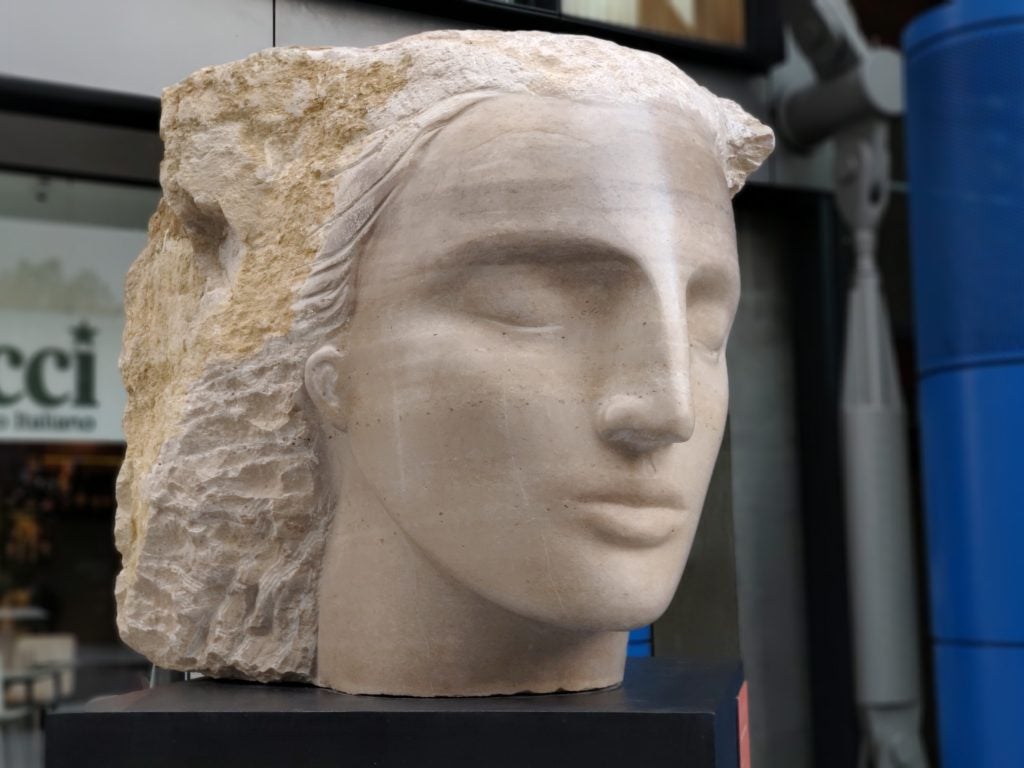 Battery life was the only other area the original Razer Phone didn’t deliver on. Despite having a giant 4000mAh cell, the first Razer Phone only offered average battery life. Which is why I was concerned the company hadn’t changed the battery capacity on the Razer Phone 2. With real world use, however, I found battery life is moderately better.

With the screen running in its out-of-the-box settings, which floats the refresh rate at around 60Hz, I managed to get around a day and a half’s use. This entailed using the Razer Phone 2 as my primary work and personal handset. A normal day involved listening to music during the morning and evening commute, playing a game of PUBG during lunch, taking and making a couple of calls, regular web browsing and checking incoming messages plus a quick episode of Baruto on Crunchyroll before bed.

Video streaming and gaming put a bigger strain on the battery. Looping video with the screen set to 50% brightness, the Razer Phone 2 discharged an average of 11-15% of its charge per hour, which is pretty par for the course.

Playing PUBG, the Razer Phone 2 lost between 18-25% of its charge per hour. Again this is pretty standard and no better or worse than competing phones such as the Galaxy S9. 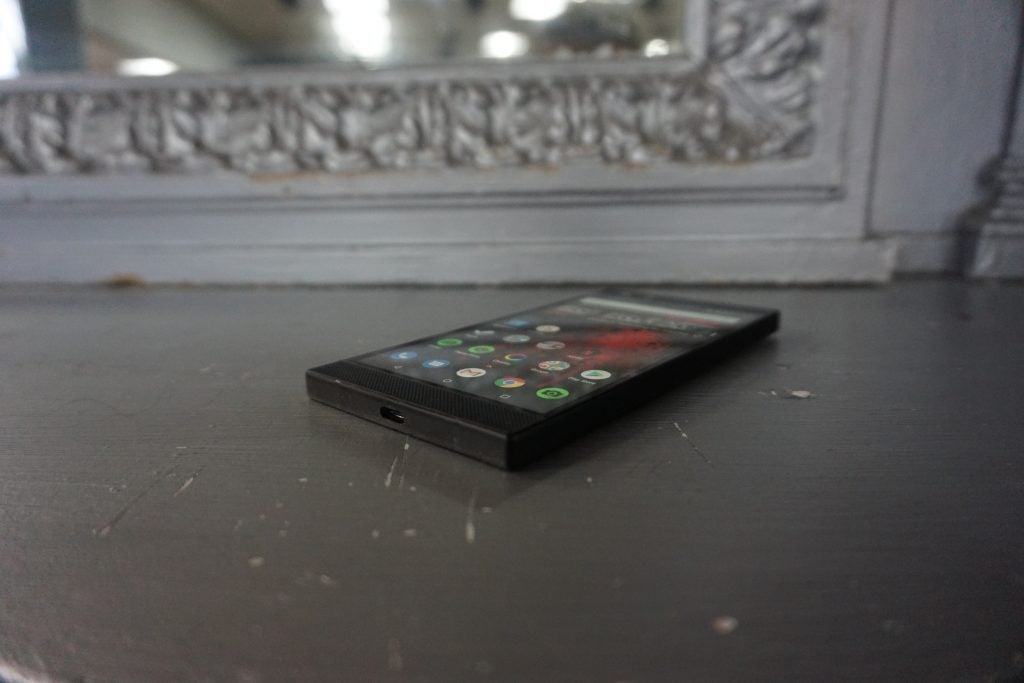 Why buy the Razer Phone 2?

If you’re an avid mobile gamer or movie fanatic looking for a mobile entertainment centre, then the Razer Phone 2 is a great choice. The 120Hz variable refresh-rate screen is industry leading. The speakers also remain best in class and are a clear cut above competing phones.

But for non-gamers on the market for a flagship smartphone, issues with its camera make the Razer Phone 2 a little less alluring. Despite positive work by Razer, the camera still doesn’t match the performance of key handsets such as the Pixel 3, Galaxy S9 and iPhone XS. The chunky design, RGB lighting and old-school 16:9 aspect ratio will also be a Marmite factor for many buyers.

The Razer Phone 2 is a great phone for gamers, but just OK for everyone else.