The Note 9 won’t be for everyone, though; but that’s always been the way with the Note series. It’s super-expensive at £899/$999 and, for many, it will simply be too big. I also think the overall design of the Galaxy S9 Plus is slightly better. However, if you’ll make use of the S Pen, all that storage and the gorgeous display, then the Note 9 will be worth it.

There isn’t another Android phone on the market quite like the Samsung Galaxy Note 9. It’s unashamedly huge, seriously expensive, and jams pretty much every high-end feature into a surprisingly svelte package. It’s closest competitor is the iPhone XS Max and the Huawei P30 Pro.

If you’ve seen the Note 8 then you’ve seen the Note 9. Samsung has kept the overall design similar – and that isn’t entirely a bad thing. Even though it’s been around for a year, the curved front and sandwiched metal rim continues to feel distinctly modern. Many phones have adopted a similar look, but none feel as highly engineered and finished to perfection.

The glass remains a smudge magnet, and I live with the constant fear of dropping such a large device – but I’m inclined to forgive these shortcomings for such a well-crafted phone.

The biggest design difference is that the fingerprint sensor now sits below the camera, not next to it. This small change makes a big difference: I no longer end up smearing the camera sensor every time I unlock the phone.

Sticking with a glass back enables wireless charging – a Galaxy staple – while other much-loved features such as a IP68 water-resistance rating, headphone jack and expandable storage also remain. Thankfully, the Note 9 foregoes a notch – that annoying cut-out that features in the display of so many 2018 smartphones. 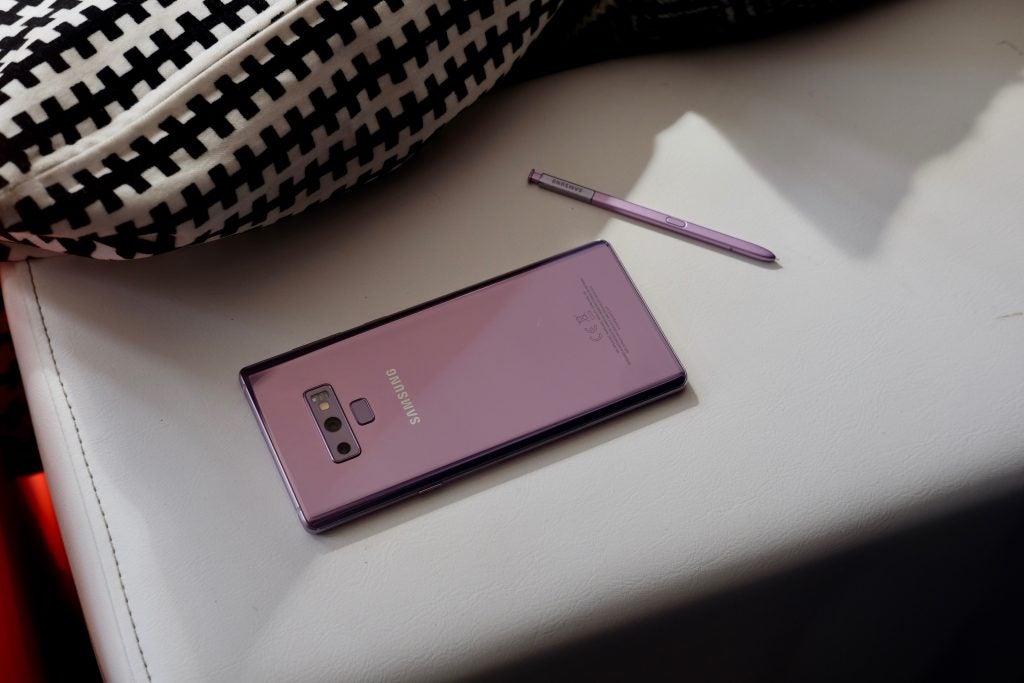 If you’re even considering then the Note 9 then you’ll know it’s a hefty device. Even with a super-slim bezel running around the 6.4-inch screen this is still amongst the biggest phones I have used in a long time – and that does come with some issues in itself. This is a tough, often uncomfortable phone to hold mostly due to the rather sharp chamfered rim. The whole phone just needs to be a bit smoother and softer.

My big issue with the design is the Bixby button. Sitting just below the volume key, the dedicated button for the Bixby assistant has been a constant on the past few Samsung flagships – and it remains a source of frustration right up to the point you disable Bixby completely.

I’ve lost track of the number of times I’ve pulled the Note 9 out of a pocket, clearly hitting the button by mistake and therefore being taken straight to Bixby. You can turn it off, but I’d much rather have the button accessible but with a better-thought-out action. In fact, why isn’t Bixby summoned with a long-press of the power key? That would make so much more sense.

Samsung is rarely bold with its colour choices, but with the Note 9 things are different. The headline-grabbing colour combo here is a blue handset with a sharp-yellow S Pen. I love it – and feel it’s a real step forward for a device that in the past has been known for being businesslike.

Other colours include a lavender purple, a fairly standard black, and a copper hue that won’t be available in the US/UK yet.

You won’t find a better display on any current phone than the one on the Samsung Galaxy Note 9. It’s a 2960 x 1440 panel, with sloping ‘Infinity’ edges and support for HDR content.

The displays Samsung produces for its own handsets (alongside those of other phones, such as the iPhone XS) are the best for a number of reasons. The Note 9 uses an OLED panel. Compared to LCD, OLEDs use less power and only power on the required pixels, therefore displaying perfect blacks. This means that when you’re watching content with plenty of dark scenes, they’ll actually look black rather than slightly washed out. 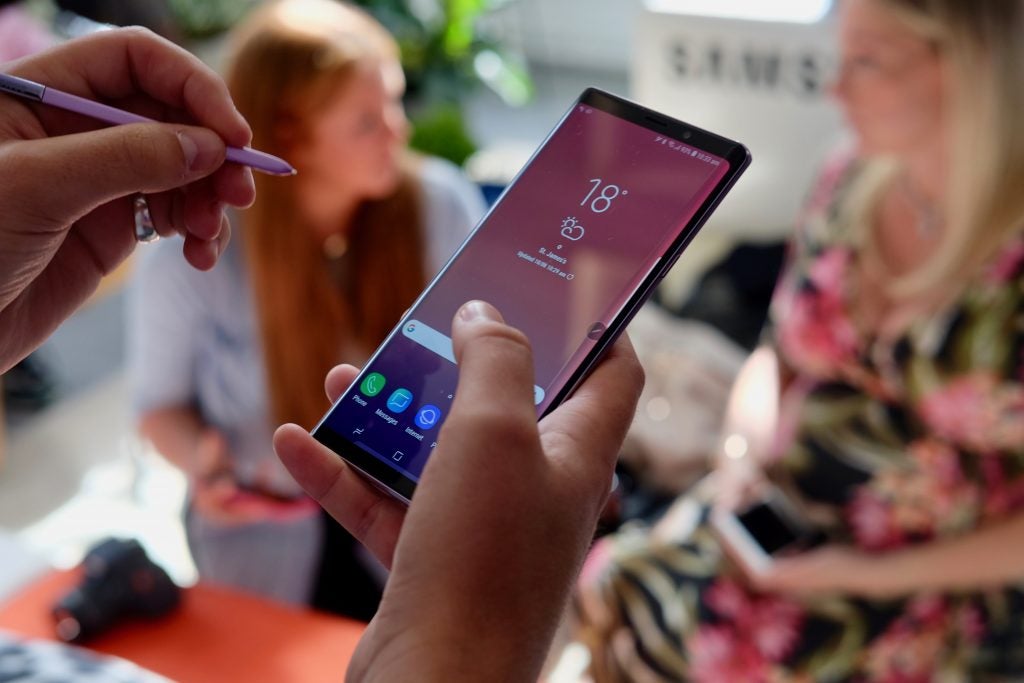 Samsung’s panels also have much better colours than competing OLEDs from LG – in my opinion, anyway – and that’s certainly the case here. In the default mode everything looks vibrant and punchy, without sacrificing too much colour accuracy. There might be slightly more punch to reds than you’d see in real life, but I think that’s more pleasing to the eye here.

In their infancy OLEDs on phones suffered with poor brightness and as a result had difficulty with poor outdoor visibility. That’s not the case here: the panel is ridiculously bright and I tended to not even feel the need to push it past 45-50%. The brightness will also boost in super-bright environments making it easy to read.

One minor issue, especially in sunnier situations, is reflections on that curved display. This has been an issue for all Samsung phones with this design trait and it remains here. It doesn’t affect usability too much though, and I got used to it after a few days.