HTC’s uncertain future has been punctuated by a surprisingly strong entrant in the flagship smartphone space for 2018. The name alone might raise questions about the existence of an HTC U12 but to put those to rest, there is no such phone, unlike the iPhone 8 Plus and Samsung Galaxy S9 Plus, HTC simply jumped from the HTC U11 Plus to the U12 Plus in a matter of months.

You can still expect Edge Sense (this time in its 2.0 revision), a stellar new dual primary camera setup and as a market first, no physical buttons whatsoever (for better or for worse).

It’s hard to talk about the design of the HTC U12 Plus without addressing arguably its biggest flaw – its truly terrible haptic buttons. Basically, instead of opting for regular mechanical buttons, HTC has used faux-buttons that vibrate when pushed. There’s no physical movement when the buttons are pushed; it’s just meant to feel like they do.

This idea isn’t new – Apple does something similar with the iPhone’s home button – but it feels completely off here. The buttons are hard to press: they’re not sensitive enough sometimes and way too sensitive at other times. There’s also no way to alter the feedback levels – something that works very well on the iPhone 8. 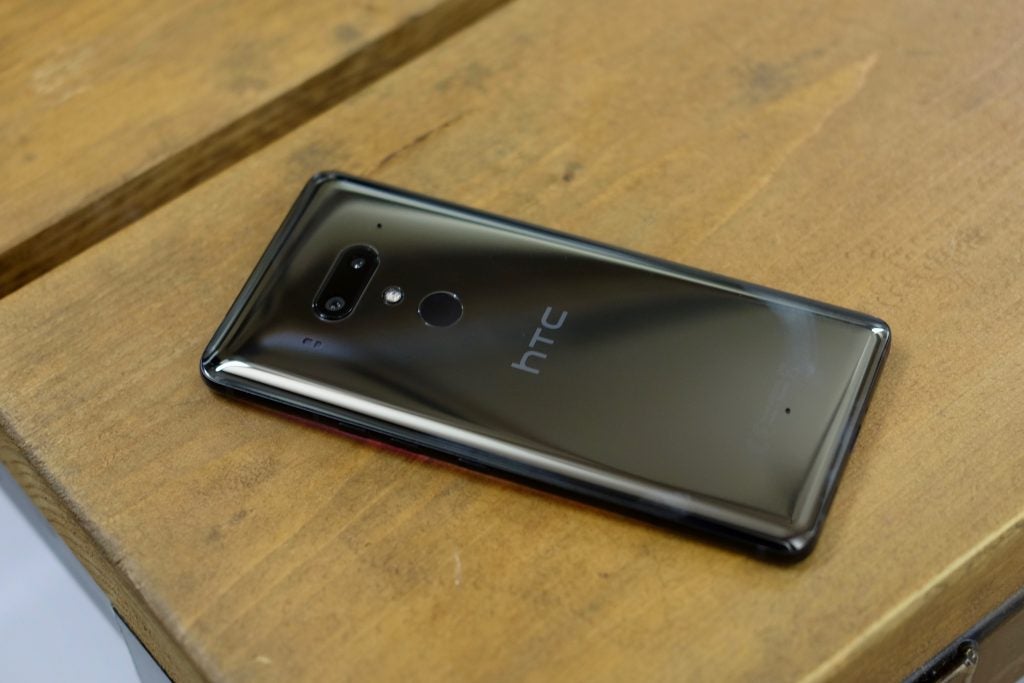 At my initial briefing, I was told that the sensation would become natural after usage, but this hasn’t been the case. Following more than two weeks with the phone, I’m still finding it difficult to adapt, and locking the phone or quickly altering the volume remains a pain. In fact, in certain situations – or when holding the phone in a certain way – the buttons don’t respond at all.

The fact that the functionality is particularly poor is a shame because the removal of mechanical buttons comes with plenty of benefits. For example, it’s easier to waterproof the device – the U12 Plus is IP68 rated – and there’s less chance the buttons will become stuck or fall off. While I haven’t ever experienced the latter, it’s always a possibility.

Another area where HTC has decided to go against the norm is with Edge Sense. First introduced with the HTC U11, Edge Sense lets you interact with the phone by squeezing the device’s sides.

For example, a long squeeze could launch the camera while a short squeeze might wake the Google Assistant. With the HTC U12 Plus we’re now on to Edge Sense 2, and the biggest upgrade from the last iteration is that tapping the sides of the phone engages further actions. A tap on side can shrink the screen to make it more manageable for one-handed use, while a tap on the opposite side can bring up a handy app-launcher. 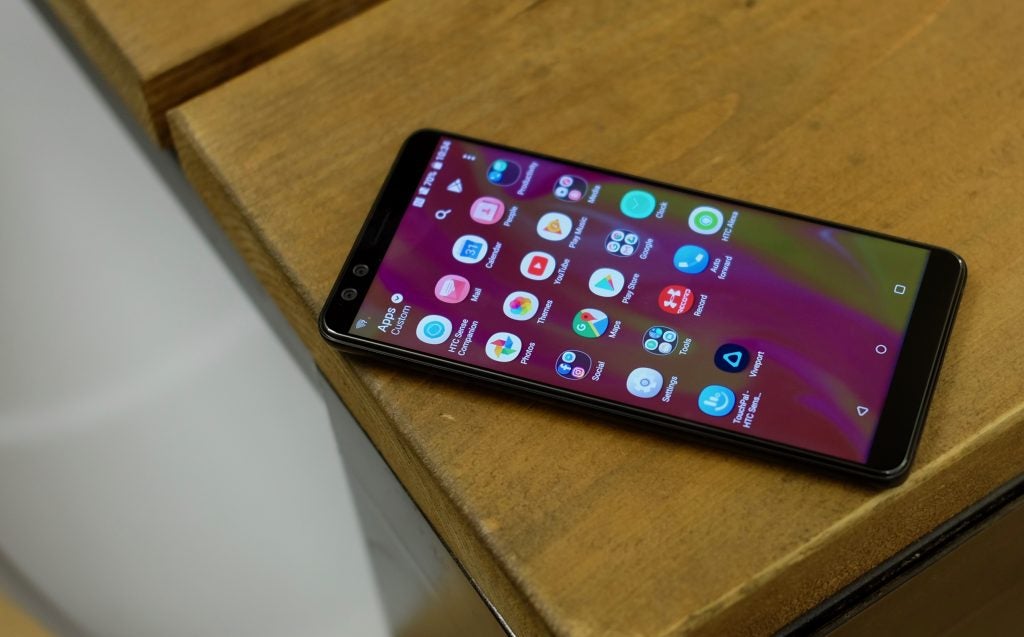 All these options can be customised, with the outcome of taps and squeezes changed. It’s a nice feature, but one that still has issues. In my experience there were occasions where the tapping action just wouldn’t work, and sometimes a much harder tap was required to engage an action.

Launching the camera with a squeeze is still the best use of Edge Sense, and is made more vital now that double-tapping the power key is virtually impossible.

As usual, HTC has crafted a phone that feels every bit as good as the £699 price suggests. Unlike the LG G7, the U12 Plus feels solid and weighty. It’s supremely well put together and is finished to a quality I’d normally only associate with Apple.

What is less interesting is the overall design of the device. It’s cumbersome, without offering much in return. I’m more than happy for a phone to be thicker if the battery is fantastic, but this isn’t the case here.

The glass back might look interesting in either the glossy red hue or the pretty cool translucent version, but my black review unit is rather dull. It’s a fingerprint magnet, too, even more so than other glass-backed phones.

The ‘notch’ has become commonplace on Android phones since the iPhone X and Essential Phone, but HTC has refrained from adding such a feature.

Whether this is a result of the design of the U12 Plus already being finalised before notches became a ‘thing’, or whether HTC simply isn’t a fan, only time will tell. 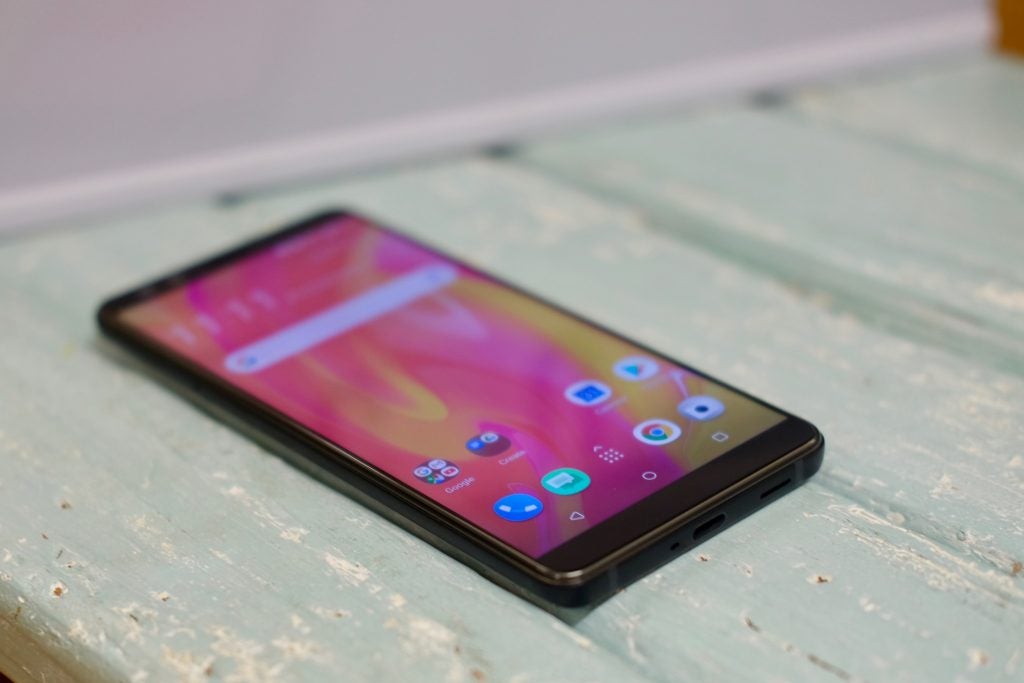 HTC has used a wide 18:9 panel in the U12 Plus and it ticks most of the boxes I look for in a flagship screen. It benefits from a quad-HD resolution, full coverage of the DCI-P3 colour gamut and offers support for HDR. Viewing angles are decent and the panel hits a competent level of brightness – although it’s nowhere near the degree seen on the Samsung Galaxy S9 or LG G7.

The issue with the display is that it’s simply ‘okay’. The Super LCD 5 panel just can’t compete with the OLEDs that feature in rival devices. It lacks the perfect blacks and rich colours, plus there’s very limited customisation.