HTC U12 Plus – Performance

Like pretty much every single flagship phone in 2018, the HTC U12 Plus packs a Snapdragon 845 along with 6GB of RAM and 64GB of expandable storage.

It’s a fast phone that doesn’t have any trouble playing the latest, graphically intensive games – but then I wouldn’t expect anything else from a high-end phone such as this. HTC has optimised well, too, and the phone displays barely any judder or lag as you navigate.

For a deeper look at how the HTC U12 Plus performs in Geekbench 4 and AnTuTu 7, check out the table below.

The biggest performance downside as far as the U12 Plus is concerned is with the camera. It’s only this part of the software that feels laggy and unfinished, with frequent pauses. Seemingly every time I tap the shutter button there’s a noticeable moment where nothing happens. Turn off the auto-HDR mode and this disappears, but in order to achieve the best photos, this mode really needs to be on.

HTC has prided itself on offering up an excellent audio system in previous devices, and it does so once again. BoomSound Hi-Fi Edition as featured in the U11 Plus returns, with one front-firing speaker and a second downward-firing unit. Audio from these speakers is excellent, and while it isn’t quite as loud as the Razer Phone, it’s clear and distortion-free – even at high volumes.

There’s no headphone jack on the HTC U12 Plus but you do get a decent pair of earphones with a USB-C connection in the box. Unlike most pack-in earphones, these feature active noise-cancellation (ANC) to drown out irritating outside noise. The earphones sound good and do a decent job of blocking sound. 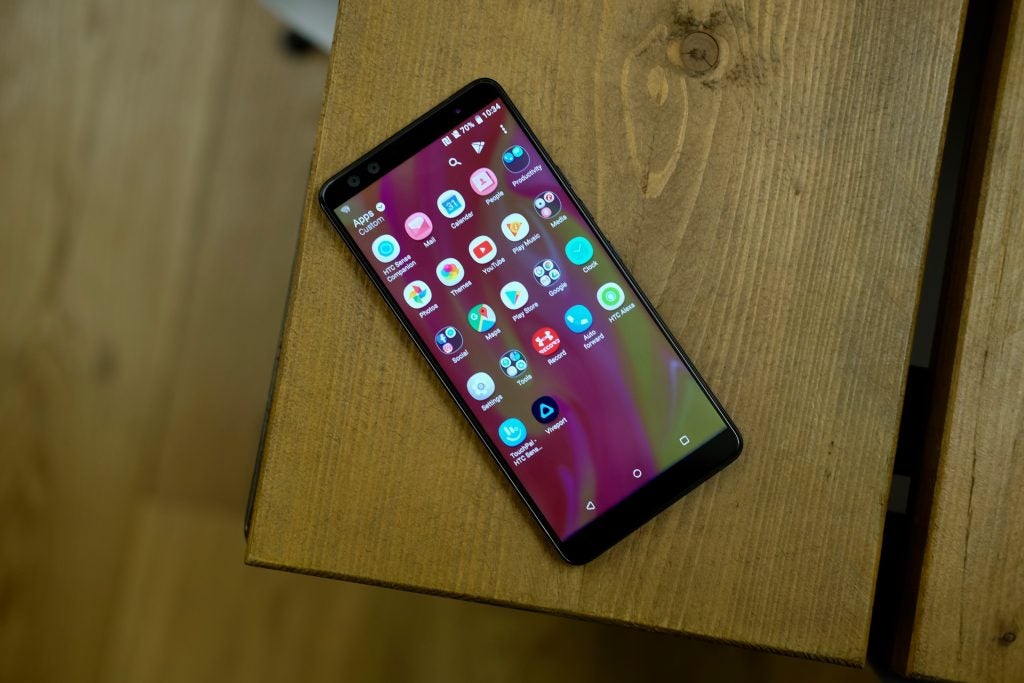 While there wasn’t a regular USB-C to 3.5mm dongle inside my review box, apparently European models will come with one. You’re out of luck in the US, though; you’ll need to buy one separately. For a device costing £700, that’s a bit of a shame.

The software experience on the U12 Plus is a mixed bag. The majority of the stuff that’s good comes directly from Google; the aspects designed by HTC feel tacked on and in need of modernisation.

HTC’s Sense UI is running atop Android 8.0, which is slightly disappointing since this isn’t the latest version. This doesn’t necessarily bode well for the the timeliness of future Android updates, either.

Pretty much all of Google’s headline Android features work as intended: split-screen multitasking, picture-in-picture for video and the improved notifications that arrived in Oreo. 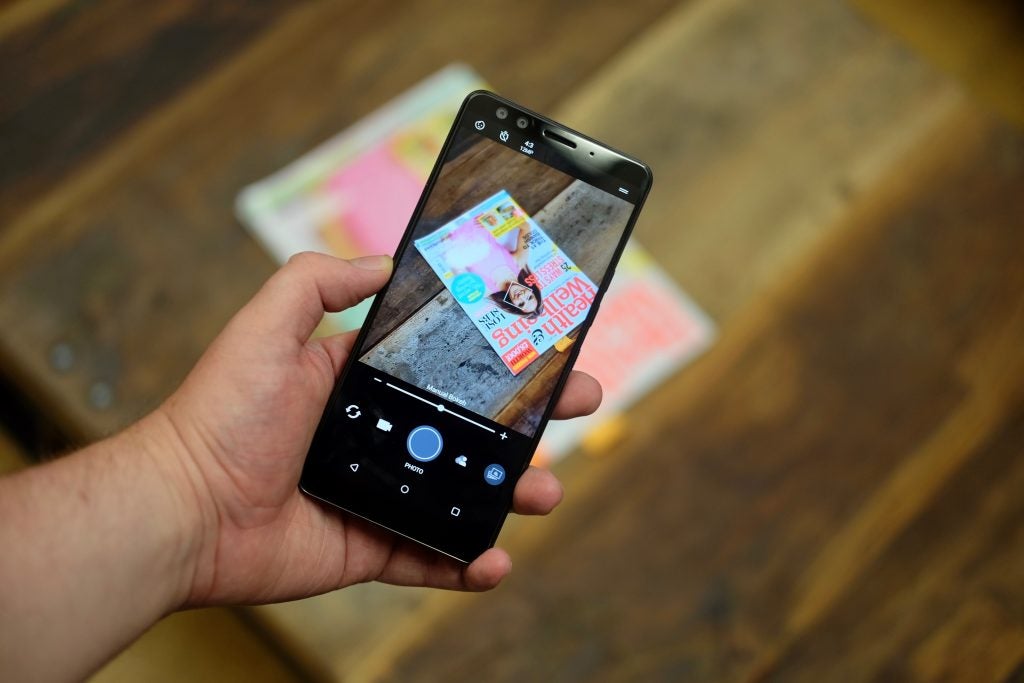 Where things take a turn for the worse is with the additions that HTC includes on top. The whole HTC Sense launcher feels like it hasn’t received a meaningful update in a few years and as such it’s rife with annoying features such as BlinkFeed. There’s even a bunch of clock widgets that look like they haven’t been altered since the original HTC Desire.

HTC has added facial recognition, so it can be used in tandem with the fingerprint sensor to unlock the device but not do things like open banking apps and authenticating Google Play purchases. The facial unlocking works well in daylight, but not so much from tough angles or at night. Still, it remains nice to have and – importantly – it’s fast.

Previous
HTC U12 Plus Review Next
Camera Review