Until recently we believed that phones like the HTC One M8 and Samsung Galaxy S5 would have 2K resolution screens. It seemed a natural evolution, and the internet rumours were sounding off on the matter as they usually do.

As a result, the pixel density of the new phone is actually lower than last year’s one – 441ppi, down from 469ppi. Would you notice? Absolutely not, and the RGB subpixel arrays of these phones makes them appear categorically sharper than the PenTile AMOLED screens of phones like the Galaxy S4. 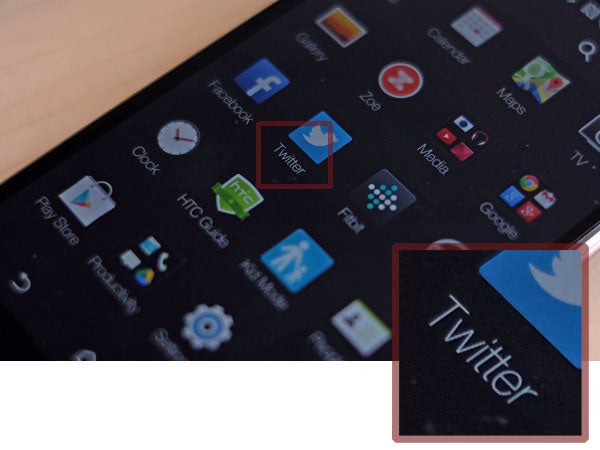 This is a great screen, whose approach to the display is fairly close to both the HTC One and top LG screens like the LG G2‘s. Where Sony and Samsung are trying to push vivid colour, the HTC One M8 is happy with fairly accurate, low-key colours. The Sony Xperia Z2’s ‘Triluminous’ screen might pop a bit more, but the even saturation and general impression of the accuracy of the HTC One M8’s display’s colours are impressive. Right up our street.

Side-by-side with the original HTC One, HTC has clearly made improvements to the screen’s white level. Its whites are very clear and pure, making last year’s model look ever-so-slightly yellowy by comparison. It has been known for slight variations in panel quality to occur between batches, though.

The panel’s response times are excellent, managing to maintain the readability of interface text even as you’re scrolling through the phone’s menus. 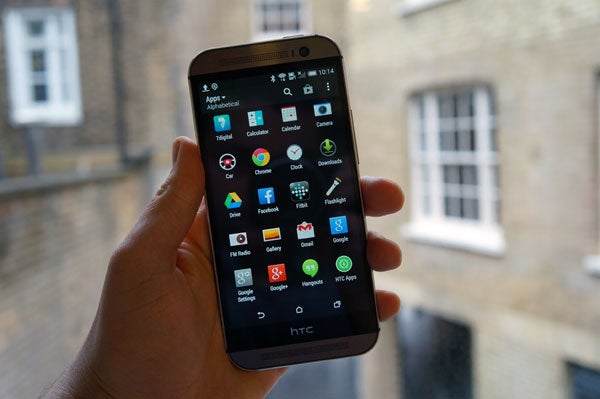 Top brightness is dazzling as well – you can imagine the backlight chomping through the battery with every minute that passes. 98 per cent of the time, we do not use top brightness on a high-quality mobile like this, but it will come in handy for those three days of bright sunshine we’re due this year. Or for those Miami holidays.

Screen reflectivity is marginally better than the original HTC One, with light sources causing slightly less bright reflections, but the screen is naturally still highly reflective.

Black level and contrast are consistent with a top-quality current generation LCD screen, and no better than the last HTC One’s. Blacks are fairly deep and convincing in most conditions, but in a dark room you will be able to see some blue-grey backlight luminance in black parts of the screen when the brightness is set to medium or above.

This is something we’d like to see improve in the next HTC flagship (more than resolution, in fact). It’s roughly on-par with the already-excellent HTC One in this respect. It’s no surprise as both phones use SLCD3 panels.

SLCD screen types don’t get talked about all that much, but at this level they’re virtually indistinguishable from top-quality IPS displays – seen in phones like the iPhone 5S and LG G2. Viewing angles are excellent, with just a bit of natural brightness loss and off-tone skewing of pure white areas. It’s nothing that has a real practical knock-on effect, though. 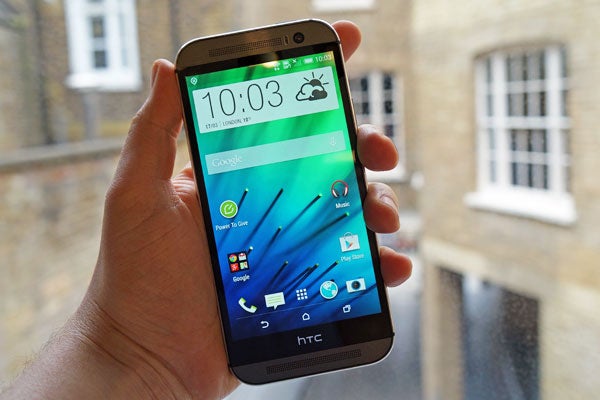 The combination of great speakers and an excellent screen make the HTC One M8 an obvious choice as a personal video player. However, you’ll really need to track down a third-party video player app if you want to watch videos you’ve downloaded from the internet. HTC doesn’t provide its own video player app, just a music one. And the Google video app isn’t much use for playing your own videos either.

Tooled-up with Mxplayer, one of the most popular free Android media players, the HTC One M8 can handle all sorts of files. MKV, Xvid and DivX files all played using hardware rendering without issue, and we encountered none of the performance issues that the original HTC One struggled with (it chugged through some HD-quality MKV files when using hardware decoding).