HTC claims to have simplified the camera app in the HTC One M8’s, but that’s not entirely true. The front-end part of the camera is simple enough, but there are more interface elements than ever to dig into – and potentially get lost in.

We’ll start with the easy bit, though. The camera app centres around the following two screens, the mode selector and the actual shooting screen: 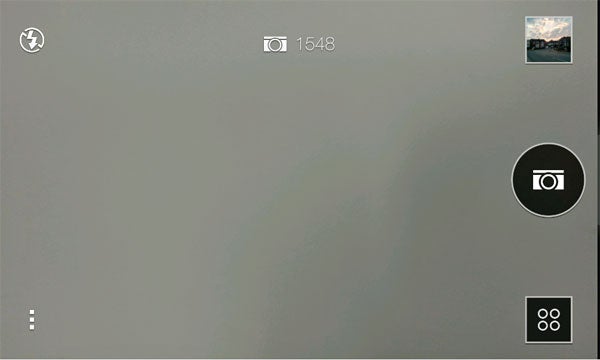 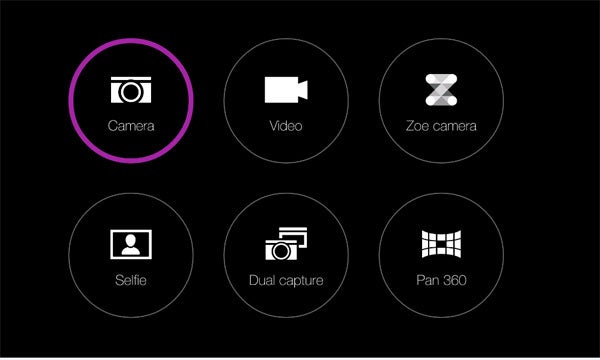 If you take the camera app as this pair of screens, the HTC One M8 camera is very simple.  And you get access to the camera’s most basic features:

Our issue with this is that if you’re a remotely experienced mobile photographer, these aren’t necessarily your smartphone camera essentials. Where’s HDR? And aren’t most people keener on ‘normal’ panoramas than 360-degree ones? Unfortunately, it does seem that HTC has built the camera interface around the mostly trendy or eye-catching photo features, rather than the most useful ones.

However, if you’re willing to dig a bit deeper, just about everything you could want is here. The settings button in the bottom left gives you access to the scene setting, ISO, exposure compensation, white balance, filter effects and the core camera Settings.

You might at this point – like we did – ask “where’s HDR?” It’s stuck within the scene setting options, making it a good few clicks away.

This is a pretty bad idea, interface-wise (when Apple puts an interface feature front and centre, you should consider doing the same), but there is an explanation. You can’t use the HTC One M8’s Duo camera feature when shooting in modes like HDR or Night, so it’s pretty natural for HTC to want to bury them a little.

In this neglected submenu where HDR lives are several of the HTC One M8’s most useful and interesting camera features. There’s the standard horizontal panorama mode and – a camera geek’s favourite – the full manual mode. 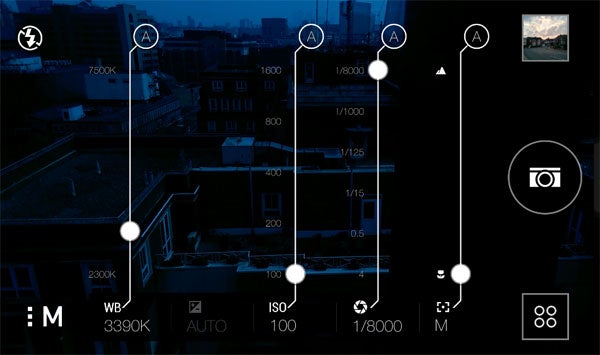 The manual mode is great

Functioning much like the manual mode of the camera-centric Lumia 1020, you have control over the colour temperature, exposure compensation, ISO and – most useful – focusing and shutter speed. These make macro photography much easier and make it possible to fix the camera system’s colour misjudgements when shooting in low-light conditions.

The manual mode also makes creative and night-time photography much easier – although there’s no neutral density filter to made super-long exposure photography viable (hardly any phones have this feature, though).

Here are the other modes you’ll find in this submenu: 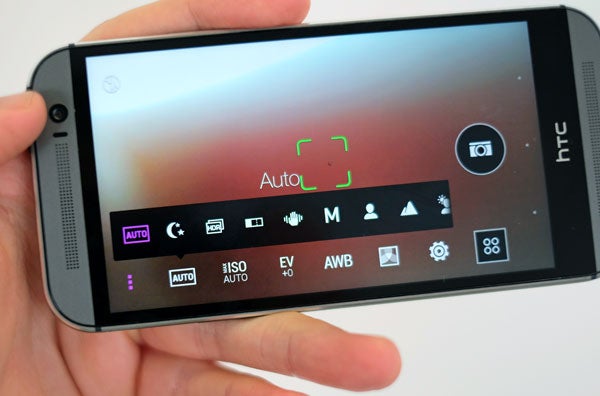 Things aren’t so simply once you dig in

The others aren’t quite as interesting, and are so seriously neglected in terms of their place in the interface that we imagine the majority of you will end up using Auto for these ‘scene’ based conditions.

There are other sides to the camera app too. The Zoe app will let you share your Zoe highlights videos with other people – at least it will when HTC releases the app in the summer (d’oh) – and the Gallery app has been reworked to show you a chronological list of photos as standard. The Gallery works much more like the iOS one now.

HTC has really mis-sold the Sense 6 camera app as ‘simpler’ than the one it follows. We love the number of features on offer here, but unless you’re happy to work exclusively with the Auto mode when shooting normal photos, it’s actually one of the fiddlier camera interfaces.

Next, we deal with whether the HTC One M8 can take good photos.