What is the EE Harrier Tab?

The latest addition to the Harrier line of affordable EE devices, the Harrier Tab is a 4G tablet marketed as the ultimate cheap entertainment device. We were impressed with its mobile cousins, the EE Harrier and EE Harrier Mini, but does the Tab besmirch the family name?

Fortunately, EE hasn’t let us down – the Harrier Tab is a solid all-rounder. Although it isn’t without its issues, for £149.99 it’s worth a punt. 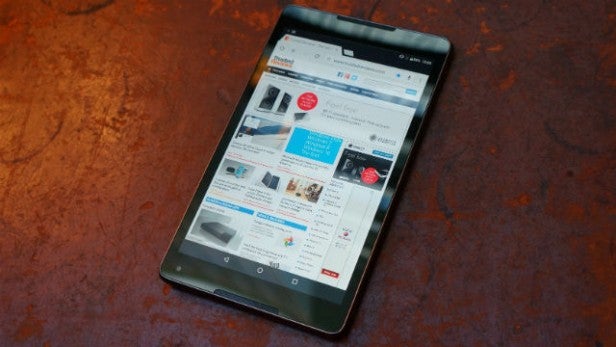 Considering its price, the EE Harrier Tab is a good-looking piece of kit. It won’t set your heart on fire in the same manner as the iPad Air 2 or Sony Xperia Z4 Tablet, but it’s handsome enough.

Clad entirely in grey plastic, it has the same moody look as its rival, the Vodafone Tab Prime 6. We think the Harrier looks a little more appealing though, thanks to the subtle brushed-metal effect on the rear.

A golden ring surrounds the main camera sensor, breaking up the dark monotony. We appreciate EE trying to mix things up, but the trim looks slightly out of place. 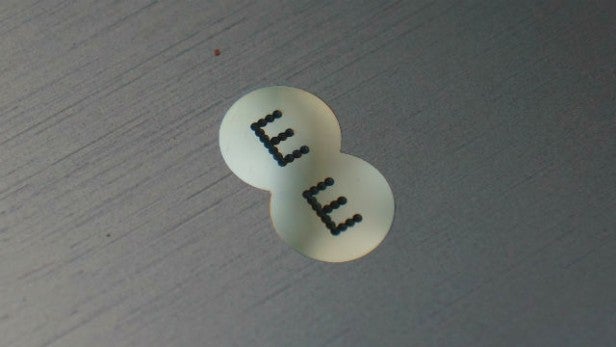 The edges of the Harrier are predominantly grey, too, although a thin black seam dissects all four sides, running right the way around the tablet. The edges are curved for comfortable handling, but they don’t sit completely flush with the front panel. The frame sticks out a little, digging into your thumbs when you hold it.

At 8.5mm thick, the Harrier is finger-friendly if not razor thin. It’s certainly light though, weighing just 338g. Most users will easily be able to hold in one hand for extended periods of time.

In portrait mode, the power button and volume rocker lie on the upper part of the right-hand edge. They’re far too delicate and shallow for our liking, wobbling around in their cutouts and barely travelling when pressed.

They too are grey, which means they blend into the rest of the chassis and are tough to spot. Unfortunately, they don’t protrude a great deal either, meaning they’re difficult to feel out too. It often took us several attempts to locate them, which is annoying.

Overall build quality isn’t the best. A small collection of minor scuffs and scratches gathered across the Harrier’s rear within a week of general use, which included us carrying it around in our backpack.

It’s also easy to bend with your fingers, with the chassis making a worrying clicking sound when it warps. 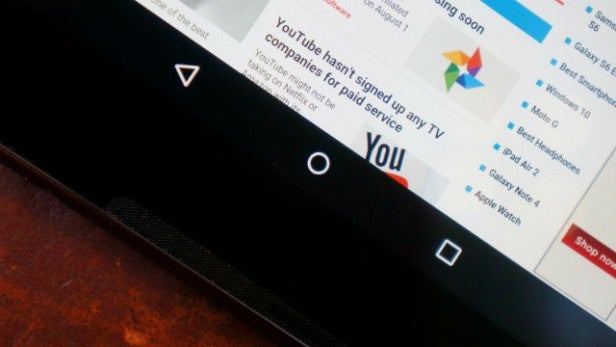 EE is pushing the Harrier Tab as an all-round entertainment device, but we’re not totally convinced by its credentials. While its 8-inch, Full HD display is pleasantly sharp, with a pixel density of 283ppi, it suffers from some of the same shortcomings as most other budget tablet screens.

It’s not all bad, however. The Harrier’s IPS panel means viewing angles are terrific, with very little drop in brightness from even the widest of viewing positions. It’s also bright enough to use in direct sunlight, so you won’t have any trouble seeing the screen whilst working on your tan. 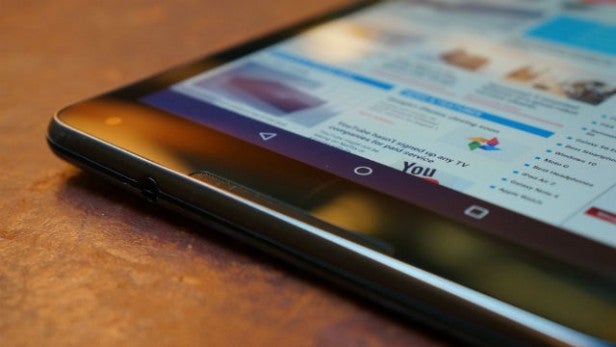 Unfortunately, there’s less to like about the dual, front-facing speakers, which sit on each of the Harrier’s shorter sides. They’re frustratingly quiet and easily drowned out by background noise, whether that’s the sound of traffic or a washing machine.

If you plan to watch a lot of movies or TV shows on the Harrier, you’re going to need a decent portable speaker or pair of headphones.