What is the Sony Xperia Z4 Tablet?

The Xperia Z4 is Sony’s latest flagship Android tablet, following in the footsteps of the disappointing Xperia Z2 Tablet. The new model shows off upgrades in nearly every department, but has Sony achieved the right mix?

We think it has, and the Z4 Tablet could be the best Android tablet on the market. However, at £499 with the keyboard dock, it doesn’t come cheap. 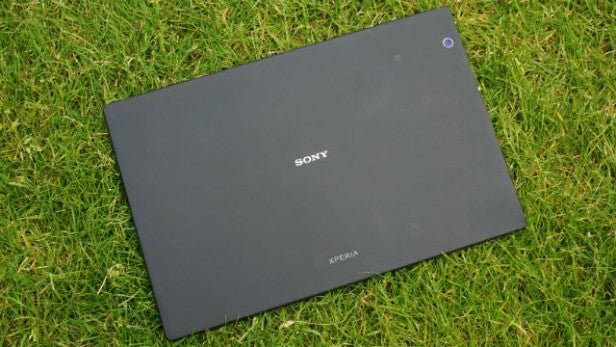 The Xperia Z4 Tablet is immediately recognisable as a Sony product. Simple, slim and sharp – it looks great, and will instantly appeal to your inner shopaholic.

For looks we’d put it up there with the iPad Air 2, although it falls slightly short with the numerous seams around its edges. The smooth, uninterrupted lines of the Air just give it the upper hand.

Sony has encased the Z4 Tablet in soft-touch plastic, with the only hint of metal provided by the power button. While the plastic finish doesn’t feel anywhere near as good as metal, it has one huge upside: it keeps the tablet incredibly light.

And that’s no exaggeration. The Xperia weighs an astonishing 393g (the Wi-Fi-only model is 4g lighter), making it one of the most manageable 10-inch tablets on the market. The 437g iPad Air 2 seems almost overweight by comparison.

The Z4 is also only 6.1mm thick, matching Apple’s finest, and the curved edges sit nicely in your hands. You can comfortably hold the Xperia one-handed for extended periods. Fancy watching a movie while lying flat-out on the settee? No problem. Kids will be able to handle it with ease, too.

We’re not totally convinced about build quality, though. The volume rocker rattles around quite loosely in its cutout, and is far too easy to push accidentally since it sits just where you’d position your left hand. 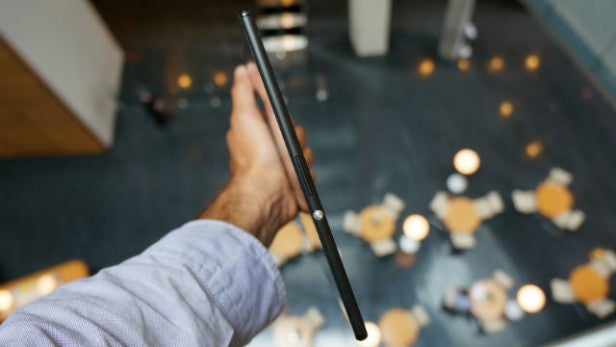 However, the metal power button offers just enough resistance to stop you hitting it when you don’t mean to, but not so much that it’s tough to push. Perfect.

The Xperia Z4 survived over a week in our packed bag without suffering so much as a scratch. However, we’d still recommend treating it carefully, as it’s relatively easy to flex with your hands.

The Z4 is available in either black or white, but we think the dark colour scheme looks far slicker. Fingerprints do show up clearly on the black rear, but they can be wiped away easily.

As most of us have now come to expect from top-end Sony products, the Z4 Tablet is both waterproof and dust-resistant. However, rather confusingly, it has both the IP65 and IP68 rating. Thankfully, Sony provides a list of guidelines to ensure you don’t accidentally drown it.

Before even thinking about dunking it into your kitchen sink, you have to make sure you close the port covers properly. It’s a slight annoyance, and you’ll initially find yourself opening and resealing them just in case you didn’t get it right the first time. However, it’s well worth taking those extra few seconds.

It’ll survive being held underwater to depths of 1.5m for up to 30 minutes, though this only counts if the water’s fresh. Salt water is strictly forbidden, but you’ll be able to get away with using it in your local swimming pool as long as you rinse it in clean water afterwards.

The Micro USB port, unlike the microSD slot, is unprotected by any flaps or caps, so you need to be certain it’s completely dry before plugging in any cables. 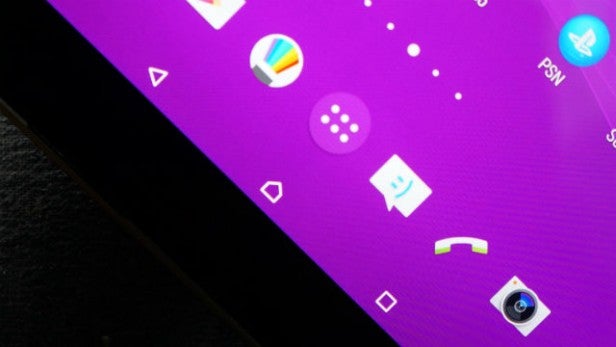 With a pixel density of 299ppi, it’s better than both the iPad Air 2 (264ppi) and Z2 Tablet (224ppi), and even beats off the excellent Samsung Galaxy Tab S 10.5 (288ppi). Text and images are razor-sharp and incredibly detailed, even when you press your face unhealthily close to the screen.

Brightness is particularly impressive. The Z4 Tablet remains easy to use in even harsh, direct sunlight, with Sony claiming that its screen is 40 per cent brighter than that of its predecessor.

It’s coated in scratch-resistant glass and an anti-fingerprint coating, the latter of which is genuinely useful. It does a great job of keeping the screen clear even when your digits smear grease all over it, though it doesn’t stop fingerprints from being easily visible on the black bezel.

Thanks to the IPS panel, viewing angles are terrific, with barely a drop in accuracy from even the widest viewing positions. This makes it ideal for watching movies and TV shows in a group.

Colours appear vibrant yet realistic, with skin tones in particular looking true-to-life, uncontaminated by the oversaturated, peachy shades that can ruin a shot. The screen also does a great job of displaying even the most subtle of differences in the brightest areas of images, making pictures and videos look spectacular.

Unfortunately, black levels aren’t quite as deep as they should be, appearing dark grey instead of inky. As a result shadowy scenes look a little murky, but it’s hardly a crippling issue.

Still, this is us being picky. All in all, it’s an outstanding display that’s ideal for watching high-quality movies and playing complex games. 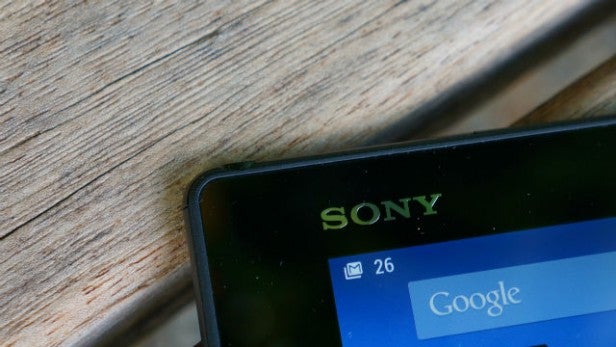 We’re pleased to report that the Xperia Z4 includes a pair of front-facing speakers, so there’s no hint of that frustrating muffled effect when you place the tablet on a bed, for example. They’re pleasantly loud too, but lack structure when you pump them up, sounding cluttered at top volume.

While they’re fine for a tablet so thin, we’d still recommend investing in a decent speaker or pair of headphones for an optimal aural experience.