This is one area where the Asus managed to better both of its rivals. The GL552VW’s 48Wh battery lasted for just over three and a half hours in TrustedReview‘s Powermark benchmark, which sets the screen at 40% brightness and runs a basic apps test.

That’s better than the MSI and CyberPower laptops, neither of which could get beyond three hours. Bear in mind, though, this isn’t a game-changing result – this machine will still be lucky to hit 1hr 30mins when playing games. You won’t be able to stray too far from a power socket.

In BioShock Infinite the Asus excelled: it rattled through the game’s toughest settings at an average of 45fps, and improved to 56fps with depth of field deactivated. Battlefield 4 is tougher, but the Asus still returned a playable average of 30fps with the title’s Ultra options activated – and dropping down to High saw that pace improve to 45fps. 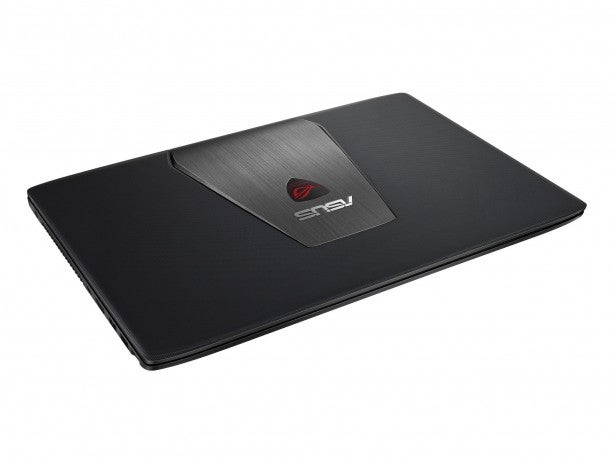 The Asus encountered problems running Crysis 3. With the game’s toughest graphics settings enabled, the GL552VW averaged 27fps. That’s just playable, but the minimum frame rate of 18fps means intense scenes will stutter. The Asus improved to 29fps only at High settings, but it did ramp up to 52fps with Medium graphics selected.

There wasn’t much to choose between the Asus and MSI in games tests – no surprise, given their shared GTX 960M graphics core. The Asus was one frame slower in BioShock, and a handful faster in Battlefield 4.

There was clear air between the Asus and the CyberPower, though, thanks to the latter’s GTX 970M. It handled BioShock at 66fps, which is ten frames better than the Asus, and was more than 20fps ahead in Battlefield 4. This is no surprise, given that this GPU has nearly twice as many stream processors as the GTX 960M.

The pecking order was repeated in synthetic tests. The Asus’ 3DMark: Fire Strike score of 4,081 was a little way ahead of the 3,831 scored by the MSI, but miles behind the 5,912 scored by the CyberPower.

The current-generation Core i7 is no slouch: it rattled through PCMark 7 and Geekbench 3 to scores of 5,127 and 12,367. Both results are notably better than the MSI, which had an older Core i7, but they’re slower than the CyberPower – that system had the same processor, but more memory and better graphics. The Core i7 is clearly capable. It won’t bottleneck games, and it also has the cores and speed to handle demanding creative applications.

The Hynix SSD is quicker than a hard disk, but it’s still inconsistent: its sequential read score of 477MB/sec is decent, but its write pace of 271MB/sec is sluggish for an SSD. Both rivals rely on SATA hardware, but both of those drives were faster.

The mid-range specification means there aren’t any noise issues; it’s basically silent when idling, and pumps out only modest noise during the toughest tests. The notebook’s speakers, or a headset, will easily drown out any fan noise.

Temperatures were reasonable, too; the processor peaked at 89 degrees, with the graphics core seven degrees cooler. 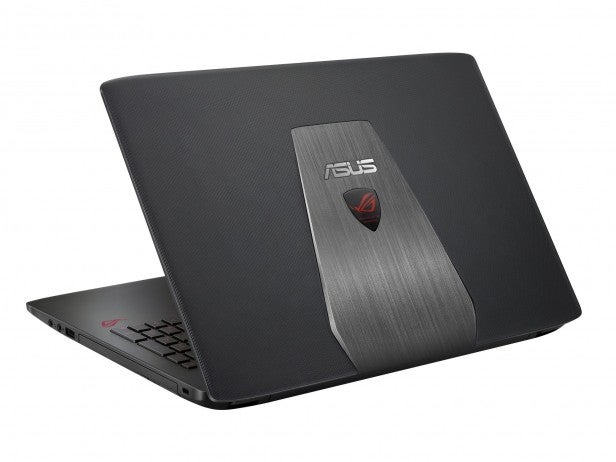 Should I Buy the Asus ROG GL552VW?

The GTX 960M GPU and Full HD panel mark the Asus GL552VW as a machine designed for 1080p gaming, and I can’t argue with that. Nvidia’s hardware rattled through two of the three games at their highest settings without any problems, and it was only a couple of frames short of handling Crysis 3 at a playable frame rate.

This is a sub-£1,000 gaming machine, however, whose key components aren’t cheap. But the budget doesn’t stretch forever, which means the GL552VW suffers from issues elsewhere. The memory is single-channel, the SSD is inconsistent, and the speakers disappoint. Ergonomically, too, there are problems – the good keyboard is undermined by the trackpad. The biggest problem, though, is the screen: its terrible contrast impacts on every department, with insipid-looking games that serve up indistinct dark areas and a lack of punch where colour should be bursting from the panel.

The CyberPower Fangbook SX6-300 is pricier, but faster in games; and the MSI GE72 2QD-037UK offers comparable speed with more quality in key departments. Those rivals are both better options than the Asus, chiefly because of the GL552VW’s distinct lack of screen quality.

This laptop is designed to deliver 1080p gaming for less than £1,000, and it generally succeeds at this, but a sluggish SSD, poor screen and keyboard, plus a spongy trackpad diminish its overall appeal.