The Asus’ panel ticks every box – at least on paper – when it comes to gaming screens: it has a matte finish, so bright lights won’t disturb action-packed moments, and its 1080p native resolution is sharp enough to serve up detailed graphics without unduly taxing the GPU.

My benchmark tests revealed that this screen underwhelms, however. In its default mode the Delta E of 2.3 is reasonable, and the colour temperature sits at 6,858K – a little cool, but not a big problem.

The brightness level of 233 nits is fine, but it’s undermined by the 0.67-nit black level. That’s far too high, and causes issues: black areas look grey. The resultant contrast ratio of 350:1 is disastrously poor, too, and it means that the screen has difficulty rendering subtle shades across the entire colour gamut, with colours that bleed into single shades rather than standing out. The awful contrast ratio is caused by the TN panel, which Asus is now using in this laptop. Previous builds had IPS screens that had far better contrast. 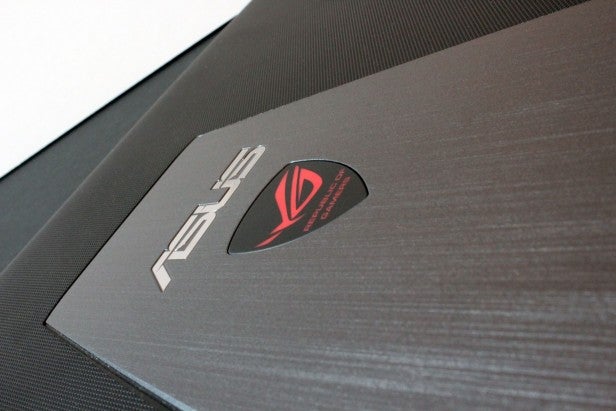 It also doesn’t help that the screen renders only 57.3% of the sRGB gamut, with the biggest issues concerning purples and reds – it managed to display only blue shades with proper vivacity and depth.

The Asus Splendid app includes two alternative screen modes, but neither correct this panel’s faults. The Eye Care option saw the Delta E worsen to 5.3 but maintaining results in other areas, while Vivid Mode retained the Delta E at 2.32 but made the screen a little more saturated.

Uniformity is an issue too, with the top edge losing between 4% and 16% of its brightness, and between 16% and 18% of the backlight fading on the left- and right-hand sides. Along the bottom edge the maximum drop is by 16%, but in other areas the panel is 3% brighter. That’s a problem, because those figures mean that the varying backlight will be obvious, especially in darker scenes.

The Delta E and initial brightness levels are reasonable, but they’re undermined by low contrast, a high black level and an inconsistent backlight. It’s possible to play games, surf the web and get work done on this screen, but there are issues in every area: games will look insipid, with a lack of punch and variance, web pages won’t look as vibrant as they should, and don’t even try to do any photo editing. 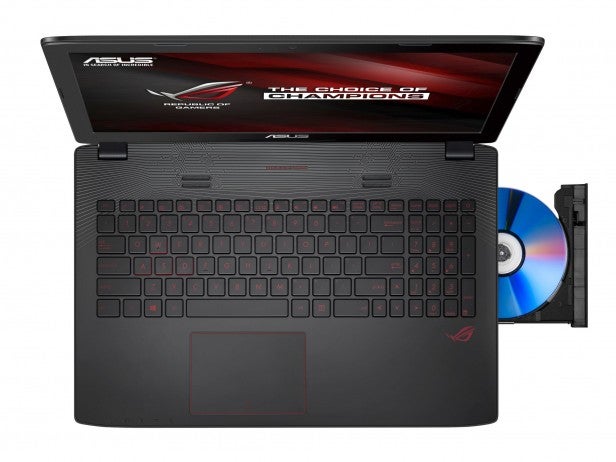 The MSI GE72 2QD-037UK’s panel had its own issues, with poor colour accuracy and temperature, but its contrast and consistency mean it’s preferable to the Asus. The CyberPower Fangbook SX6-300, too, had a better screen – improved contrast was a particular highlight.

The audio kit is another area where the budget has clearly bitten. By default the speakers are set to Soundscape mode. There’s little bass, and the top-end is muffled by the beefy but narrow mid-range. There’s little nuance to the audio, and it’s too quiet.

The Asus AudioWizard app has several sound options, but they offer mixed performance too. The War Room option turns up the top-end and mid-range, which makes the audio mode balanced, and the Multimedia option does this too – in fact, it’s the best audio mode.

The Battlefield option is bassy to the detriment of everything else, and although it’s possible to turn it down with the Action setting, it makes audio sound toothless. And don’t ever turn off AudioWizard – it makes music and games seem like they’re being played underwater; an indicator of just how mediocre the underlying audio hardware is.

I’d prefer to use a headset or external speakers. That’s the same situation as the MSI and CyberPower machines, since both of those also produced disappointing audio.

The red-lit keyboard has large buttons and a sensible layout, with a separate number pad and no odd key placement. It’s a good start, and quality is decent. The keys have good travel, and they hammer up and down with pleasing consistency – they’re not flimsy at all. 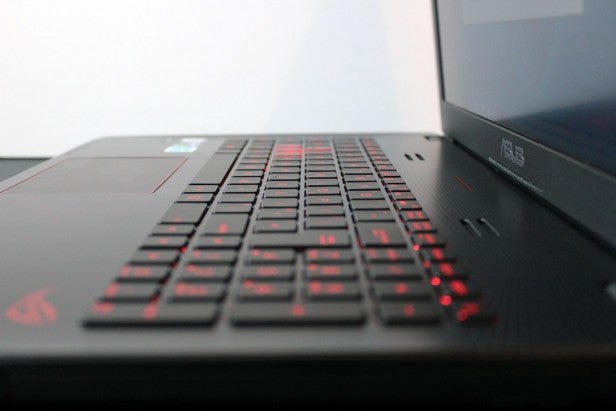 The typing action is soft and quiet, which is more akin to the keyboards seen on high-end home laptops. That makes this keyboard great for work and good for gaming, although keen players might prefer the louder, snappier action found on the MSI.

The trackpad is wide and smooth, with fingers gliding over its surface easily – but it has some issues. Pressing the pad down to register a click requires too much pressure, and the two built-in buttons suffer similarly. They both move down too far and require more effort than I like to register a click. The buttons are a long way from the best gaming trackpads, which mimic gaming mice by moving with lightning speed.