Crytek’s series has an ongoing problem: nobody can ever forget the intoxicating freedom of the original PC game. Crysis put you in that high-tech nanosuit, threw you out into wide open landscapes and hostile situations, then let you wreak havoc using every tool at your disposal.

You could tear the scenery apart, go stealthy or go bombastic. You could play the game however you wanted to play. If it was a little unfocused at times, who cared? Five years on Crysis still sits at the cutting edge of first-person shooters. 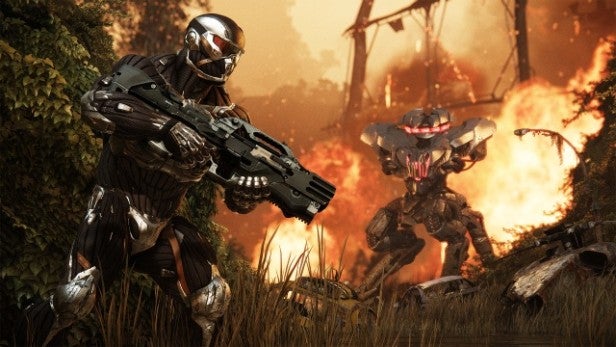 Crysis Warhead was in many ways a smarter game, taking all that was good in Crysis, but fashioning it into a tighter, more story-led experience. Then came Crysis 2. To make money, Crysis had to come to consoles, and consoles struggled to cope with all that freedom, all that power. The result was an even tighter game than Crysis Warhead, with the action chopped up into more constrained urban spaces.

Opinons differ when it comes to Crysis 2. Some of us loved it all the same. After all, while it wasn’t as open as Crysis, it still worked better as a thinking man’s shooter than, say, Call of Duty: Modern Warfare 2. For a whole lot of Crysis fans, however, Crysis 2 felt like a self-conscious dumbing down – even a betrayal. 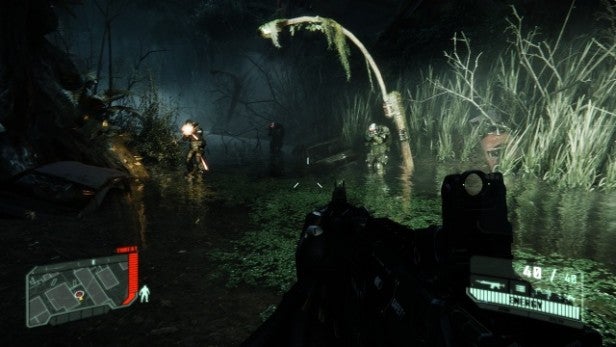 Crysis 3 – The Middle Ground
Enter Crysis 3, Crytek’s attempt to chart a middle ground. You can already hear the PC Crysis die-hards moaning to high heaven, but this is a phenomenal action game, pulsing with blood, thunder and technical wizardry. It’s not quite flawless, but it’s still one of the best times we’ve had in a shooter in years.

It helps that this is Crysis’ most engaging story. The entity that used to be Alcatraz and turned into Prophet now awakens 24 years after the events of Crysis 2 to find a very different New York City. The wreckage left by the Ceph invasion has been covered in an enormous Eden project biodome by the evil Cell corporation, and now hosts an energy source of incredible power. 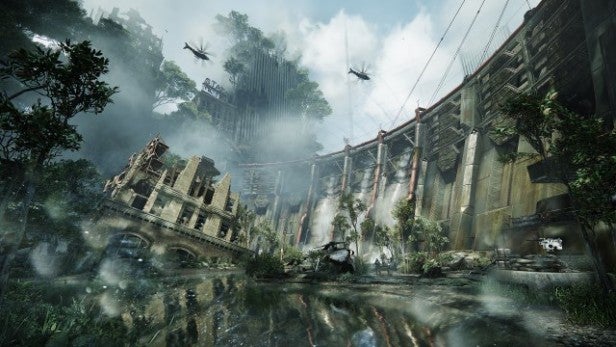 Awakened by his old squad-mate, Michael ‘Psycho’ Sykes and drafted into the resistance, it’s up to Prophet to enter New York, track down the source of Cell’s power, and put the corporation out of business for good. The only problem? While everyone thinks the Ceph are dying out, Prophet believes something different. Barely human and haunted by visions, the only thing he can see is the end of the world.