Note: This review is based the PC version of Battlefield 4 – for PS3 or Xbox 360 continue to the next page >

It’s an exaggeration to say that the PC version of Battlefield 4 is an entirely different kettle of fish from the Xbox or PS3 versions. The single-player campaign is virtually unchanged beyond the cosmetics, and the feel of the multiplayer action is broadly similar. Yet three things will strike you almost immediately. Firstly, Battlefield 4 goes from being a good-looking console game to an awesome-looking PC title. Secondly, the performance issues – providing you have some half-decent hardware – are a thing of the past. You’re experiencing Battlefield 4 as it was designed to be experienced. Finally, the sheer numbers and enthusiasm of the players make online multiplayer, and specifically Conquest, so much more enjoyable. 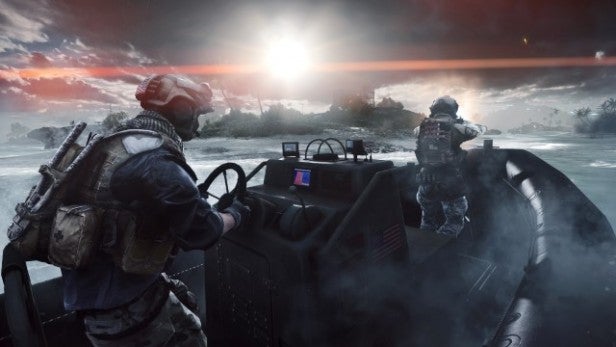 Maps like Flood Zone, Siege of Shanghai and Lancang Dam, which seemed vast and oddly empty on the current gen consoles, come alive on PC. You seem to spend more time with squadmates (there’s more chance that one will be alive next time you respawn) and there are more skirmishes going on around the various control points. Of course, it’s not so easy to score cheap points by capturing unattended control points, but then this is Battlefield, not Cower Near A Flag or Camp Out With a Sniper Rifle. Tanks, helicopters and other armoured death machines seem to be everywhere, and the result is a game with a lot more boom, bang and bluster.

It hits you that, on the Xbox 360, Battlefield 4 multiplayer rarely had the big, cinematic, epic feel you get from racing to a checkpoint on a quadbike while tank shells shatter the trees around you, or that you get from a last ditch defence against a squad of enemy troops where victory or defeat come down to the last few health points. On the PC, Battlefield 4 is full of this stuff. It puts the Battlefield back in Battlefield.

On the flipside, some of the smaller maps might actually feel too intense. Operation Locker, with its control points strung out in installations along an ice-capped mountain ridge, can become a ridiculous running scrap over the interior control points, while the outside areas feel like a sniper’s shooting gallery. It’s still brilliant, just because the action never lets up, but it’s questionable how much room for strategy there is on a packed PC server. And even on the PC version a handful of the maps are turning into sniperfests – we’re looking at you Zavod 311 and Golmud Railway.

Curiously, interest in ‘levolution’ – the large-scale destructive events that change the maps – already seems to be drying up. We’ve had several games where, say, the Shanghai skyscraper remains untouched while everyone focuses on the enemy, or where players actually get told not to destroy the levy in flood-zone because others prefer the map dry. It’s going to be interesting to see whether levolution ends up becoming a key part of the gameplay, or ends up as a gimmicky footnote in the Battlefield 4 story. 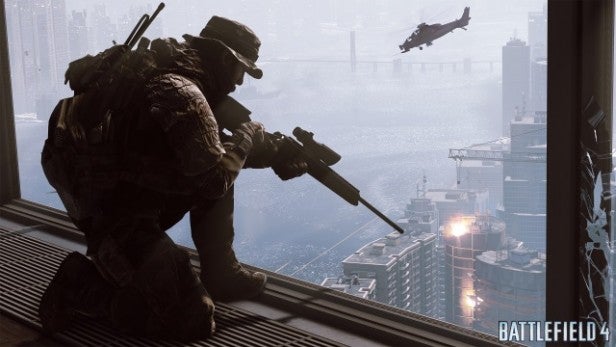 It says everything that, on console, we’ve moved to playing mostly in Rush, Domination and Obliteration modes, which is a bit like going out for a meal and skipping the main course. On the PC, it’s Conquest nearly all the way. It just feels right.

Needless to say, PC Battlefield 4 multiplayer isn’t an unalloyed triumph. Like many players we experienced numerous crashes and server dropouts during launch day that made it almost impossible to get a game, and matchmaking still has a nasty habit of leaving you on a new server, desperately hoping that someone else will join. Yet things seem to have stabilised over the weekend, and it’s possible to get a decent stream of matches running on a busy server. Doing so through a browser-based server browser rather than an in-game one seems slightly odd if you’re used to console gaming – and makes switching from server to server a slower process – but arguably it’s a more efficient means of finding and joining a game.

It also has to be said that Battlefield 4 isn’t exactly noob-friendly. Where Infinity Ward and Treyarch seem to have devoted a lot of time to making Call of Duty accessible to new players, Battlefield 4 still leaves you with little to go on. If you’re not a seasoned and regular Battlefield player you can expect a painful few hours while you get in the swing of things. 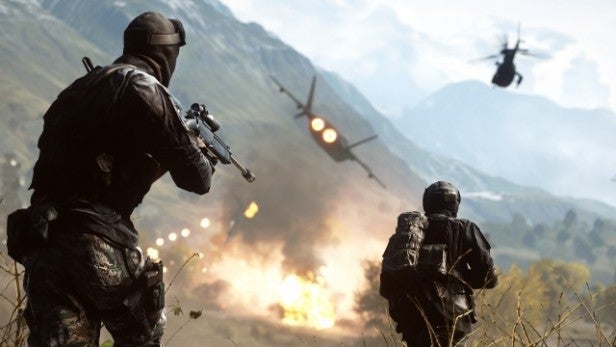 Graphics are the other major reason to opt for the PC version, or wait for the next-gen consoles to hit. Played at 1080p with High or Ultra detail levels switched on, Battlefield 4 can look stunning. God beams, lighting effects, particle effects and textures are all so much more sophisticated and impressive on the PC version, and the simple jump in resolution makes it easier to spot an enemy trooper against a debris-cluttered background. The real world setting and a preponderance of grey architecture means that it’s not exactly the most beautiful game you’ve ever seen – and still no match for the more imaginative Crysis 3 – but it’s incredibly convincing. And when the campaign’s big action set-pieces hit, like the helicopter attack on the factory in chapter one or the planes sliding around the broken carrier in chapter three, the smoother frame rates and added detail make them all the more cinematic.

Verdict
Battlefield 4 was built for PC and next-gen and it shows. PS3 and 360 gamers still get a fine single-player FPS and an even more impressive online game, but the maps are too big for the limited player count while the scale shows up the limitations of the current tech. Play it on PC, however, and the blockbuster feel and epic warfare of authentic Battlefield come through, with some brilliant maps and polished gameplay. Levolution may or may not be a gimmick, but on PC this is another brilliant Battlefield and one of the best multiplayer games around.

Read our in-depth comparison Xbox One vs PS4