Microsoft promised us game streaming from the Xbox One to Windows 10, and Microsoft has actually delivered.

With the latest Xbox update installed, Windows 10 Insider Preview running and the latest build of the Xbox app, we’ve been able to connect to the console and stream a selection of games to a Windows 10 tablet and PC, and while there are some foibles to be aware of, the technology seems to work pretty well.

What do you need?

You’ll need an Xbox One (obviously) and an Xbox One controller (pinch the one from your machine). You’ll also need a micro USB to USB cable, plus a micro USB OTG adapter if you’re using a tablet without a full-sized USB port.

Otherwise, streaming doesn’t appear to require a particularly beefy tablet, laptop or PC. That’s because the PC isn’t running the game, but streaming audio, video and rumble feedback downwards from the console, while streaming controller and microphone inputs back the other way.

We ran game streaming on an HP Omni 10 tablet with a 1.46Ghz Intel Atom Z 3770 quad-core processor and just 2GB of RAM, and the games we tested ran smoothly 90 per cent of the time.

What’s more, the other 10 per cent is, we suspect, down to network issues rather than the limitations of the hardware. Just about anything half-decent should do the job. 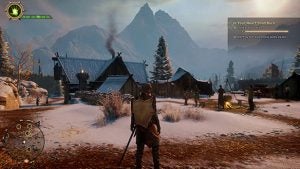 How do you get it working?

On the Xbox One side, you need to go to Settings, then Preferences, then tick the checkbox next to Allow game streaming to other devices.

Next, connect your Xbox One controller to your PC via USB, then wait while the drivers install. Give it a minute, then launch the Xbox app.

Click the last but one button from the bottom of the left-hand Menu bar and you’ll open a page called Connect to your Xbox One. This will search for Xbox One consoles on the network, and show you what they’re playing at that moment. Click on the console to select it, then click the Stream button above, and the controller you have attached to your PC will now be in control of your Xbox One. 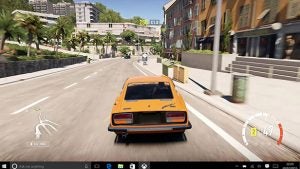 What can you stream?

Games for a start. We tried Forza Horizon 2, Forumula One racer F1 2015, zombie free-running title Dying Light and Dragon Age: Inquisition running from our Xbox One’s hard disk, plus Titanfall running from disc. All worked pretty well. You can also check out what’s for sale on the Xbox store, while music from Xbox Music will play happily.

However, it looks like TV and video won’t stream to your PC – it’ll only play locally on the console itself. Ditto for some video streaming apps like Netflix, though others, like Blinkbox movies, seem to work perfectly well.

Still, your PC already has apps for Xbox Video and all the major streaming services, so why bother streaming twice? 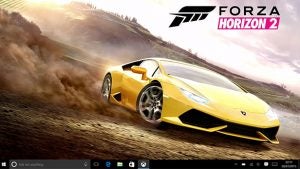 As you might expect, a lot depends on your network. With both the Xbox One and our tablet in the same room, connected to the same 802.11n network, the results were pretty woeful. You could play Forza Horizon 2, but the picture kept breaking up and freezing momentarily. Even navigating the Xbox One interface was a bit of a struggle. Your mileage may vary, but it’s not as smooth as, say, the direct wireless connection between the PS4 and PS Vita or the Wii U and Wii U Pad.

Plug the Xbox One into your router via an Ethernet connection, and things change radically. Forza Horizon 2 ran silky smooth and the controls felt perfectly responsive. Dragon Age: Inquisition was also very playable, as was Dying Light. Only Titanfall seemed to give streaming problems, as the swift movement and 60fps frame rate might be slightly too much for the encoding/streaming/decoding process to handle.

Still, we’re only talking about a few moments where the image turned blocky, a couple of momentary freezes and one point where the image broke up, and we were still able to play and enjoy the action. We suspect that a wired connection both ways or a faster Wireless A/C connection on the PC side would sort any remaining issues out.

See also: How Windows 10 will upgrade your Xbox One 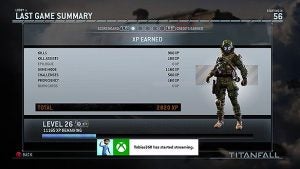 Are there any issues with picture quality?

Streaming uses a process where the video and audio from the console is compressed and encoded to a bit rate low enough for streaming over the network with minimal lag. It also looks like the compression is adaptive, responding to traffic spikes in the network or moments where there’s a lot going on by reducing the bit-rate and lowering image quality. In practice, though, we only found this noticeable while playing Titanfall and F1 2015, while Forza, Dragon Age: Inquisition and Dying Light all look pretty damn good. While absorbed in the action, you wouldn’t really notice much difference. 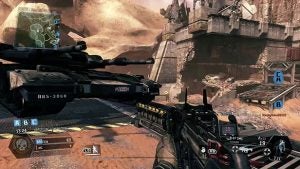 Is it worth doing?

Yes. One of the great joys of the Wii U has been that, when someone else wants to stop you hogging the living room TV, you can skulk off to a quiet corner and carry on your game. The same applies, to a lesser extent, with the PS4 and PS Vita.

Now the Xbox One app’s game streaming feature brings the same kind of thing to Xbox One, and it’s just as handy for getting in some extra gaming time without kicking off a row. Just switch on your laptop or tablet, plug-in your controller and you’re away.