Available on Xbox One (reviewed), PS4, PC, Xbox 360, PS3
It takes its time, but after the near-greatness of Dragon Age: Origins and the repetitive mess that was Dragon Age 2, Bioware’s fantasy series finally gets its Mass Effect 2: a game that takes what should be brilliant in theory and actually nails it in practice.

In fact, the Mass Effect comparisons go further. For all its large, free-roaming areas, each one littered with numerous missions and objectives, Inquisition is primarily a game of collecting party members and forging alliances in order to combat a monstrous evil. It’s the kind of narrative that a Commander Shepherd would find familiar, and for all that Inquisition reworks Mass Effect’s structural underpinnings in gritty sword and sorcery garb, Dragon Age has never felt more like a fantasy Mass Effect. This isn’t a bad thing, and while it works hard to appeal to a more action-oriented crowd, it’s surprising how much you can still make Inquisition feel like a traditional fantasy RPG if that’s your thing. 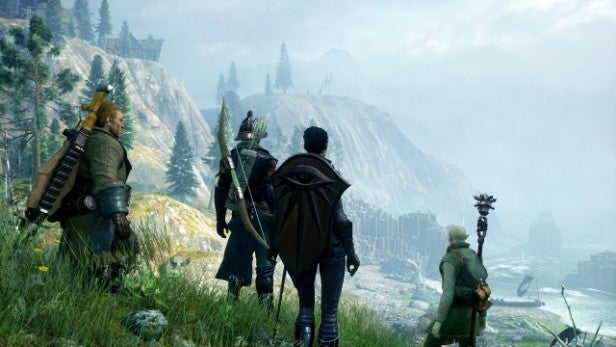 Like so much of Bioware’s best work, it opens with a bang: quite literally, a magical explosion opening up a massive rift to the demonic world beyond the veil. This atrocity sees a conclave of the warring rebel mages and chantry wiped out in a heartbeat, and the Chantry’s worshipped leader, the Divine, seemingly lost. What hope there is comes in the form of a stranger, sucked into the nightmare realm and spat out again with a mysterious mark on his or her hand. It turns out that this mark can close the many rifts that have appeared across the lands of Orlais and Ferelden, and that it might hold the key to saving the world.

The only problem? The chantry, the Templars and the mages are too busy fighting to help you save it, until Cassandra and Leilana (who you may remember from previous instalments) come up with an ingenious solution: to rebuild the ancient inquisition, investigate the atrocity, and put an end to the rifts once and for all. 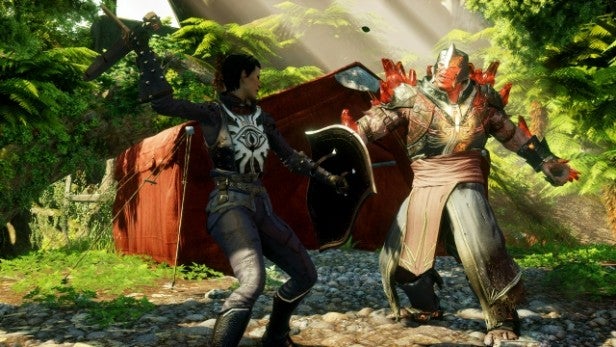 The heart of the game is the inquisition’s headquarters, the Haven, and the war room at its centre. Using Power points earned out in the field, you can unlock new areas and new missions on the map, journeying there with your chosen party members to fight evil, close rifts and build your alliances. With time, you can also assign tasks to allies, getting them to do some of the hard work for you. With its quartermasters, blacksmiths, side missions and apothecaries, the Haven is your equivalent to Mass Effect’s Normandy, with the areas and missions the equivalent of Mass Effect’s space stations and planets. It’s a structure that worked for Mass Effect, and it works just as well here.

Some areas are small, closed-off buildings or straightforward dungeons – the kind of place where you forge a new relationship or tackle a key objective. Others, however, are large expanses of free-roaming country, crammed with what sometimes seems an endless stream of side-missions and collectibles, where you can boost your Power, gather resources for the Haven and tackle the smaller, key missions which open up the major story missions. 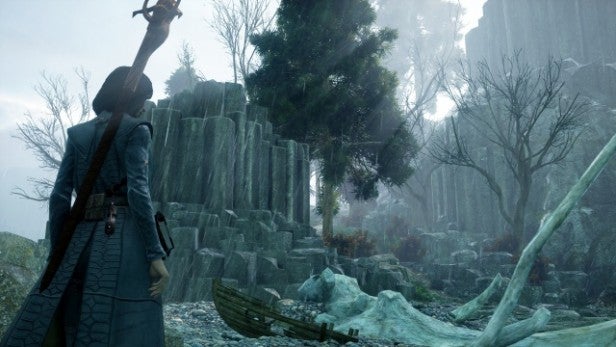 These areas are huge, patrolled by hostiles and some peculiarly aggressive wildlife, and worth exploring in some depth. They’re also beautifully rendered, with Bioware using DICE’s Frostbite engine to create what’s probably the loveliest scenery you’ve seen outside of a heavily-modded Elder Scrolls V: Skyrim. Whether you’re exploring the hills and woodlands of the Hinterlands, the misty swamps of the Fallow Mire or the rugged cliffs and forests of the Storm Coast, there’s scenery here that would grace a Peter Jackson Tolkien adaptation. What’s more, each seems alive with life, from wolves chasing goats through the wilderness, to crows stirring as you move too near.

At first, Inquisition feels too bitty – an RPG cousin of one of Ubisoft’s less brilliant open world games, where there are too many systems, too many objectives, and not enough plot to pull it all together. It throws mechanics at you, and while it’s great to see such detailed resource-gathering, relationship-building and crafting systems, it’s easy to feel swamped by them for the first hour or two. 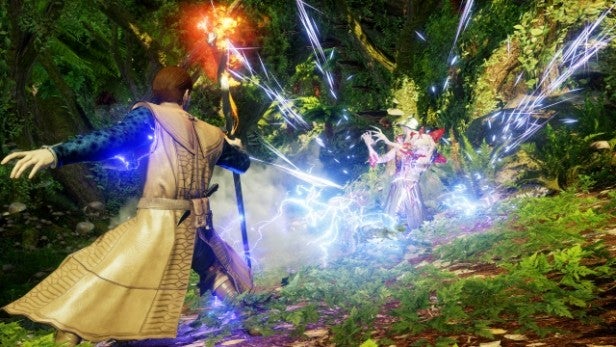 In fact, it’s the combination of exploration and slick mechanics that keep you going through the early stages, as you fight, develop your character and get to grips with how the action works. You can fight in real-time like an action RPG, taking swings of your sword or shots with your bow using the right trigger, with the face buttons handling spells, special moves, buffs and powerful attacks, each unlocked as you level and earn ability points. You can switch characters at any time with a tap of the D-pad, though the other members of the party do a pretty good job of handling themselves, bar a slight tendency to guzzle health potions with the speed of WAGs drinking chardonnay at a free bar.

If, however, you prefer a more traditional feel, a tap on the View button pushes the view to a bird-eye perspective, and lets you order your characters around while the action is paused. Hold the right trigger and time moves forward, allowing you to play the game a little more like a turn-based RPG. Both approaches work brilliantly, and you’re free to mix and match between them, using real-time combat for the simple brawls and tactical combat for the more challenging skirmishes.

See also: The Evil Within tips and tricks 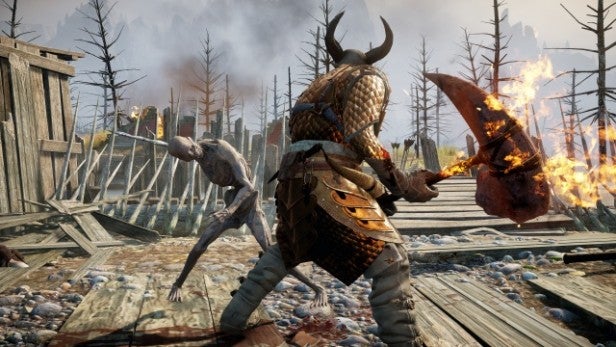 It’s tough, without being unforgiving. You’ll get away with basic hack-and-slash strategies some of the time, and there’s usually a nearby checkpoint and a cache of potions for those parts when you really do have to rethink. And, as with any half-decent RPG, Inquisition has a satisfying cycle of fights, character progression and upgrades, so that becoming more powerful becomes an end in and of itself.

The basic mechanics are sound, and the same goes for almost everything about the game, from fast travel to crafting, weapons customisation and inventory management. All the same, the first few hours can be disappointing. The plot develops and the cast grows, but Inquisition can’t quite match the personality or drama of a Mass Effect. There’s a story, but it doesn’t seem all that intriguing, too much mired in the complex background lore, and too little anchored in the characters and action. You seem to be doing a lot, but why, and for what purpose? 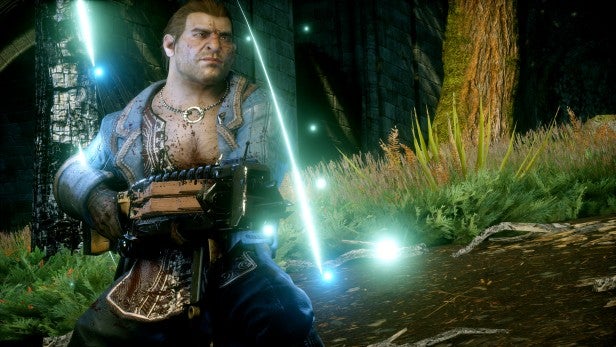 Yet just as you resign yourself to mild disappointment, the action steps up a gear. Party members and NPCs that seemed generic, or that seemed to have lost their spark since appearing in Dragon Age 2 become richer and more interesting. The story opens up to become more urgent and more epic, and your travails around the two realms become invested with more meaning.

What’s more, Bioware’s signature fascination with ethics and choices comes to the foreground. As in previous games, every dialogue option helps define who you are and how the other characters will treat you. You can decide who to side with, who to befriend, who to woo. Helping characters with their own personal missions can win them to your cause and – as you might expect – there are opportunities for romance, though Inquisition seems to play a little harder to get than, say, Mass Effect 2. We have our favourites – the determined Cassandra, the cheeky elven rogue, Sera, the debonair mage, Dorian – and you’ll have yours, particularly the more you hear the little exchanges that pepper the game’s hours of wandering, each one illuminating something more of their personalities, their world views and their feelings. 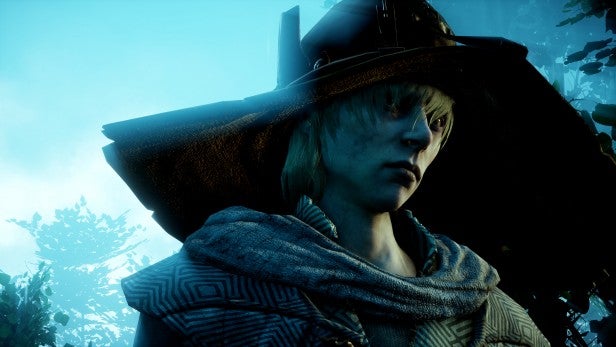 On most levels, it’s an ambitious and richly impressive fantasy epic. The visuals are frequently stunning, with intricately detailed and convincing textures for both the characters and the landscapes, gorgeous lighting and some spectacular work on reflective surfaces, like water or armour. The facial animation and voicework finally matches – if not surpasses – Mass Effect, and the detailed character creation systems make it possible to create a hero that’s very much your own, even with a fairly limited choice of races and classes.

Admittedly, things aren’t always polished to perfection. Frame rates occasionally take a nose-dive on Xbox One, while graphics glitches aren’t uncommon, ranging from characters that swing weapons clean through their own bodies during cut-scenes, to crows that seem to sit on an invisible box four feet above the ground. We’re talking pre-release code, so hopefully these issues will be fixed, along with the occasional loss of dialogue from the sound track, or one section where the visuals for a cut-scene only loaded halfway through. And could Bioware nerf the bears while they’re at it? There’s nothing more humiliating than dying on your way to slay demons and close another rift at the claws of a duo of angry ursines. 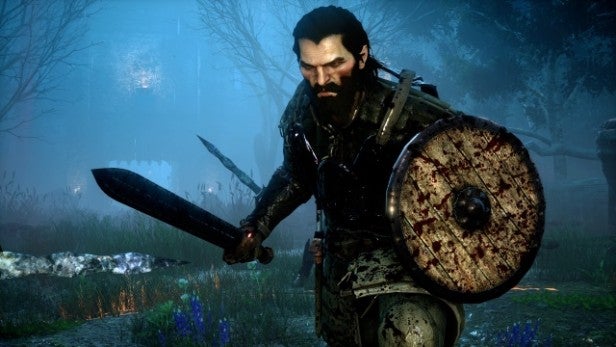 In any case, there’s nothing that’s game-breaking, or even significantly game-spoiling, and as the hours mount up something unusual happens. Where other RPGs seem to grow tired and repetitive, Inquisition keeps on picking up the pace. The more time you spend in its world and with its characters, the more compelling the whole shebang becomes. You could argue that there’s a little too much of both, but the real strength of Inquisition is its freedom, and the way that it allows you to focus on the people and the plotlines you find most rewarding.

Is it as good as Mass Effect 2 and 3? Not quite, but it’s the closest to that quality – and the quality of a Knights of the Old Republic – that Dragon Age has ever been. For fans of Bioware and for fans of fantasy, that’s more than enough reason to rejoice.

Verdict
Dragon Age reaches a defining moment. This is the first game in the series that can seriously stand comparison with the company’s greats, and while it’s a little slow and systems-focused to start off with, superb settings, rich characters and an intriguing plot soon turn gripping. It’s sometimes a little too vast and ambitious for the centre to hold, but when it’s at its best, with personalities and situations that you care about and combat to the fore, Inquisition is Bioware at its very best.