The Samsung Galaxy S7 is currently the best smartphone money can buy. But the next Galaxy smartphone is already shaping up as a sizeable step forward. Well, if a number of early leaks and rumours are to be believed that is.

You don’t have to rely solely on the words of questionable tipsters though, Samsung itself has been teasing the future of its flagship phone lines through a mass of patent filings. By protecting its next-gen breakthroughs from copycat companies, the manufacturer has offered plenty of early insight into its next HTC 10 and LG G5 rival. Cheers, guys.

So, what can we expect from Sammy’s future flagship phones? Well, if the company’s recent patent filings are anything to go by, a seriously impressive and futuristic set of devices that will leave the upcoming iPhone 7 firmly in its wake. Oh, and this lot…

The Samsung Galaxy S7 Edge has already pushed the possibilities of smartphone screens with its display that wraps around both the left and right hand edges of the device. This is just a starting point for the company’s future panel plans though. And those plans, according to a mass of patent filings anyway, involve flexible screens.

Related: 8 Apple patents that will shape the next iPhone, iPad, and Apple Watch 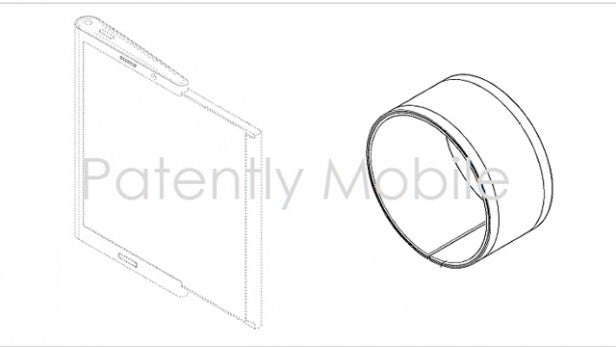 We’re not talking about LG G Flex 2 levels of minimalist bend either but fully flexible phones, ones that will bend rather than shatter if dropped and not be damaged by being sat on – c’mon, we’ve all done it. Just how flexible these phones will be remains to be seen, although the company has patented designs that cover everything from serious, malleable curves to a phone that can be flexed about your wrist to double as a bendy smartwatch.

2. Iris scanner will keep an eye on your security

Soon when you look at your smartphone, it will be looking back. Not in some sort of creepy voyeuristic or NSA snooping style manner, but as a handy new layer of biometric security. 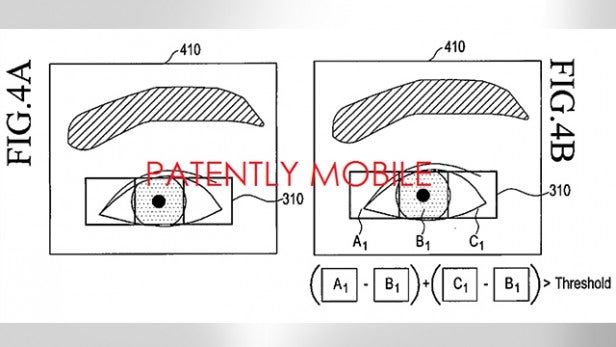 It’s not exactly new tech, the Microsoft Lumia 950 already lets you look to unlock, but it will still be a welcome addition to Samsung’s future phones, building on the existing fingerprint scanner to keep your device, data, and personal information safe. Monitoring the individual intricacies of your peeper, the phone’s front-facing camera will combine with an infra-red sensor to keep unwanted prying eyes out.

3. A doctor in the palm of your hand

Sammy’s current phones can already monitor your heart rate, but not to medical grade levels. Things are changing though, and dramatically. Recently filed patents show that Samsung wants to make your GP redundant, with future phones set to be able to monitor everything from heart rate and blood pressure to pulse rate, blood flow velocity, and even the condition of your skin. 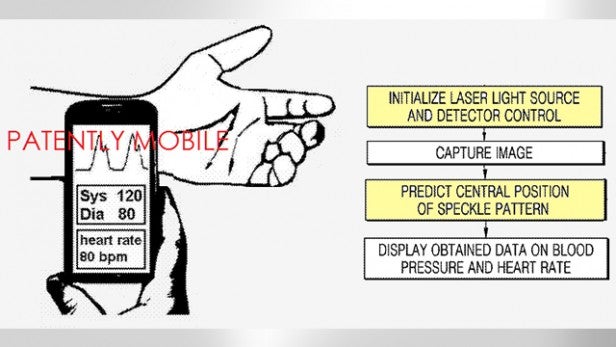 How? Well by slotting in an Advanced Laser Speckle Interferometric sensor, of course. The non-invasive tech, which sounds about as complicated as a quadruple heart bypass, blindfolded, will see your phone fire a laser beam at your skin. As well as monitoring the speckle pattern of your skin, this will also track the pulsations in your arteries, transforming all the collected data into something a little more understandable.

The Samsung Galaxy Note 5’s a pretty sizeable beast. A 75-inch smartphone screen though, that’s just ridiculous, right? Well, not if your phone’s got an inbuilt projector – something Samsung’s already done (anyone remember the Galaxy Beam?) and is looking to do again according to recent patents. 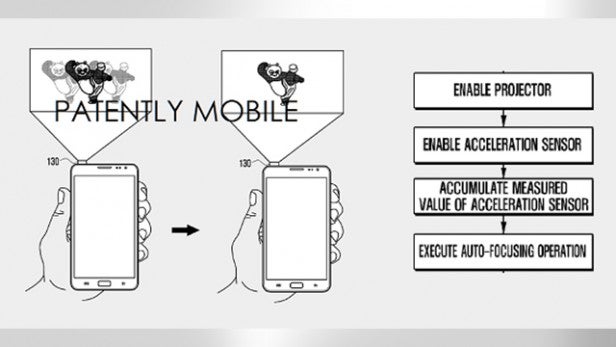 Not deterred by the Beam’s poor reception, the Korean creators are looking to echo the Lenovo Yoga 2 and turn portable tech into the ultimate in home entertainment tools. According to the plans, the projector lens will be slotted into the top of the phone, building on the pocketable panel with a digital display bigger than your living room’s TV.

5. Foldable phones will be the modern-day clamshells

Flexible phones are one thing with their drop-friendly, butt pocket safe designs. Foldable smartphones though, are an entirely different beast. While the next generation devices will be able to be folded in half – or thirds – what’s got us excited is the prospect of having clamshell-style handsets back in our lives. Oh the naughties nostalgia. 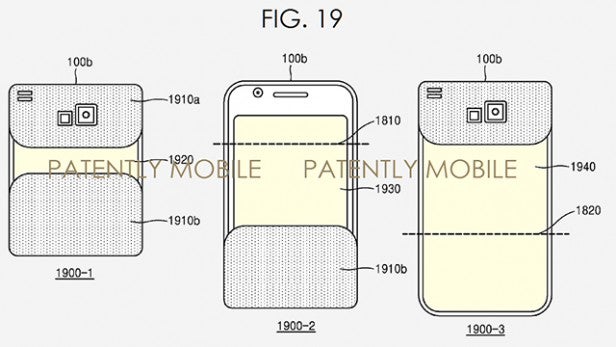 Besides bringing back that classic flip-open-to-answer move that still looks effortlessly cool, foldable phones offer a more serious benefit. You can enjoy the 6-inch plus smartphone screens we’ve come to love without stretching out your pockets. Sadly, we can’t see these becoming a reality for a few years yet.

It’s not just Samsung’s phones that are getting smarter, the accessories are in line for some impressive updates too. Chief among these looks set to be a tri-fold smartphone cover that builds on the handset’s panel with not one, but two additional screens – because that’s not overkill, right? 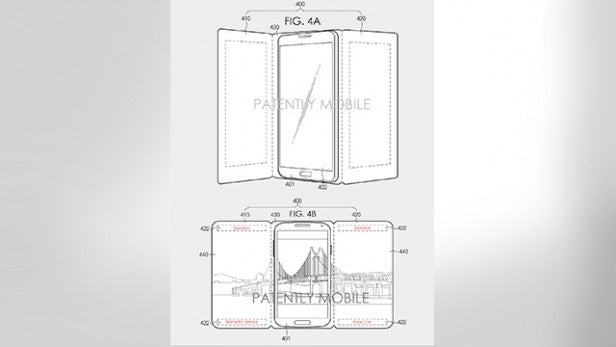 As well as turning your portrait phone into a widescreen viewing experience, the proposed protector will add further smart skills, with additional speaker-boosting audio abilities and a solar cell letting you keep your battery – which will no doubt be hammered by the case – chugging a little longer.

It’s official, holograms are no longer just for Hollywood. Samsung’s getting ready to put them in your pocket. You might want to hold off on the Star Wars-inspired celebrations though. Although the patents are filed, we can’t imagine seeing this seemingly more fiction than science set-up in Samsung’s next flagship phone. 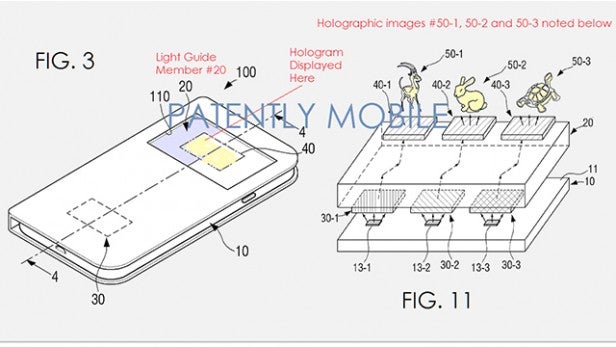 It won’t be long before your pocket blower’s rocking some R2-D2-style messaging skills though, albeit maybe not in such grand fashion. Instead of fully floating 3D video messages, things are more likely to start with the holographic form of emojis, with the small icons using optical trickery to appear above a small, specialist section of the screen.

And that’s your lot. Are you excited for the future of Samsung phones? Let us know what you think of Samsung’s plans in the comments.