OPINION: Nick Cowen explores why stealth games have become the lost genre in the next-gen era, forced into the shadows by AAA franchises and huge budgets.

While you might be forgiven for thinking that the games industry has gone a little quiet of late – we are in the July lull, after all – it’s worth pointing out that the back end of 2014 is going to be crammed with releases. The annual stalwarts are there – FIFA, Call Of Duty and Assassin’s Creed – and there are a couple of new IPs jockeying for position – Sunset Overdrive, Evolve, DriveClub and arguably this year’s biggest release, Destiny.

But cast a weather eye at the genres of these games and you may notice a once-heralded beast missing from the pack: the stealth game. Well, Ubisoft has touted the fact that Assassin’s Creed: Unity will feature some stealth play in it, but the big new feature in that franchise is four-player co-op. Beyond that, you’re looking at a list of shooters, sports simulators, RPGs and driving games with only the likes of The Evil Within and Alien Isolation (survival horror) and games that hinge on player-created content (LittleBigPlanet 3 and Project Spark) to add a little variety. 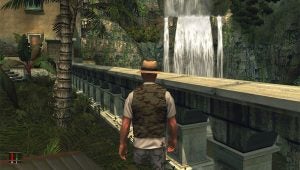 So what happened to stealth? There was a time, not so long ago, when developers and publishers were pumping out stealth games at a clip. The likes of the Metal Gear Solid, Thief, Hitman and Splinter Cell franchises all landed in the retail racks with decent regularity and they all sold by the truckload.

Fast-forward to 2014 and the only Triple A stealth title players have seen was the recent Thief reboot, which, while selling respectably at first (according to a Square Enix quarterly earnings call) dropped off the charts within a month. Looking ahead to the end of the year, stealth only exists in game if it’s surrounded by myriad other aspects.

The lack of Triple A stealth titles isn’t exactly a new occurrence. In fact, games of this type start making less and less of an appearance from the time Hitman: Blood Money landed on PCs in 2006. Metal Gear Solid 4: Guns of the Patriots combined third person shooter action to fill out the gaps between stealth sections and while The Chronicles Of Riddick games incorporated a lot of stealth into the gameplay, they also mixed up melee attacks and the odd firefight to the package.

The most recent success at a Triple A stealth entry was Arkane’s superb Steampunk adventure, Dishonored, but once again, the stealthy approach here was just an option for players – although arguably, it was the one that made the most sense. 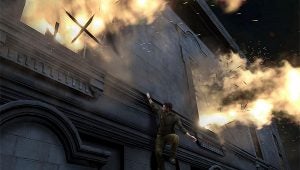 Splinter Cell: Conviction, with its explosions and gunfights, marked a turn for Ubisoft’s stealth

Pure stealth has always appealed to a certain type of player: patient, solitary and willing to spend oodles of time learning AI routes and patterns in order to guide protagonists unseen through a map. At the genre’s height, this wasn’t so much of a niche market, but as the gaming industry’s audience ballooned over the last decade, stealth was left behind as the likes of RPGs, MMOs, apps, casual games and shooters blew past it. To survive, stealth was watered down to the point where it became one part of the multi-faceted experiences offered in Triple A games.

Perhaps the best showcase for this is Batman: Arkham Asylum. RockSteady’s amazing adventure starring the Dark Knight offered a sublime mechanical structure that allowed players to move from stealth, to flowing combat, to bursts of violence, to rapid movement – usually all in the same Predator Room. After Batman: Arkham Asylum, pure stealth just wasn’t enough anymore. 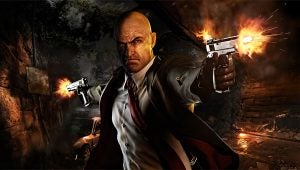 The rest of the industry took note; Hitman: Absolution largely tossed out the open-ended rock-hard level structure from previous iterations in favour of making Agent 47 into some sort of action hero. After junking some E3 footage in which Sam Fisher was wandering around a park in dirty clothing, Ubisoft’s stealth standard bearer returned in Splinter Cell: Conviction, a game, which at times, had little in common with its predecessors.

Rather than sneaking about in the dark and using gadgets and timing to outfox surveillance cameras and guards, players were funneled into shooting galleries in which brutal takedowns, capping multiple opponents and beating confessions out of villains became the order of the day.

This new version of stealth was split over three categories in the most recent entry in the series, Splinter Cell: Blacklist – Ghost, Panther and Assault.  Ghost gave purists the option of trying to play the game the way they used to, but they could also play it like a third person shooter (Assault) or they could mix elements of both (Panther). 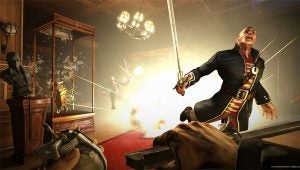 The recent transformation of the Splinter Cell series is perhaps the biggest indicator of how stealth games need to adapt in order to justify the financial burden involved in making them. According to the game’s line producer, Maxime Beland, the development costs of Blacklist ran north of $40m. When a game becomes that expensive to make, studios need to see sales in the tens of millions or they risk being shuttered.

This trend has continued this year, where it seems the margin for failure is greater than ever. The recent Metal Gear Solid V: Ground Zeroes, which felt like a return to pure stealth initially, proved to be an open-ended affair. After players had completed it, they were able to zoom through it a second time in an action-packed speed-run. 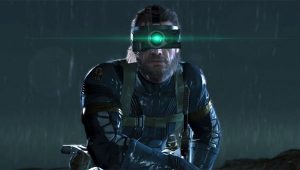 MGS: Ground Zeroes packed true blue stealth, but you can finish it in five minutes if you leg it

So then, is there a place for pure stealth games in the next-gen era of the Xbox One and PS4? Potentially, but not from where you’d expect.

Between development costs and the gaming industry’s need to attract wider and wider audiences with each Triple A release, it seems pure stealth is destined to become the province of indie developers, where production costs are still low enough to tolerate sales that don’t shatter records.

Nick Cowen is a gaming journalist with over 20 years of experience, writing for the likes of the Telegraph, the Guardian, Eurogamer, CVG and many more.