Before anyone reading this review decides to drop the requisite sheckles on Project Spark, you have to truthfully answer two questions:

1: Do you find the idea of creating a game more or as appealing than playing one?

2: Do you have a large amount of time and patience to invest in creating a game?

If the answers to both or either of those questions is ‘no’, then Project Spark isn’t for you. This isn’t so much a game as it is a robust creation program filled with a vast array of tools and bursting with potential. It invites comparisons with Little Big Planet, Sony’s adorable game creator/platform adventure, but it has far less charm than LBP and it’s rather fiddly to use. In truth it’s got more in common with creation suites like Unity or Unreal – you know, the tool sets that professional games developers use. 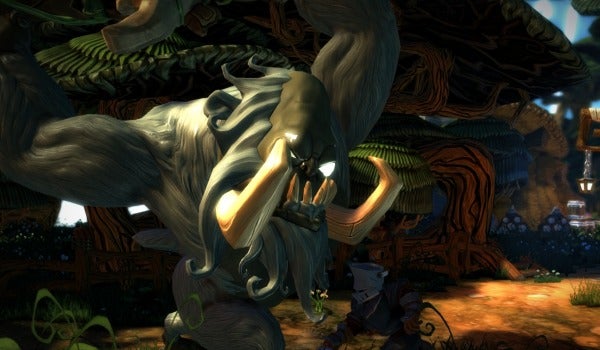 There’s a story mode of sorts, but it’s incredibly light on substance and its main aim is to familiarize players with Project Spark’s inner workings and introduce them to its potential. As up to four players button bash their way through this episodic RPG, they’ll be introduced to coding methods in tile-based mini-games, an assortment of environmental features they can turn to a player’s advantage and a view of how to create in-game content on the fly.

The campaign is too lightweight to be enjoyed on its own merits and as a tutorial it doesn’t really prepare players on how deep and involved the creation suite is. When they jump into it, players will be easily able to build a landscape on a blank space, populating it with everything from forests, to mountains, to crater-marked alien terrain complete with outlandish flora within minutes. They can also rip holes in their world, replace parts and place down empty tiles to build on. Then it’s all a matter of sorting out the code – or Kode – their creation and the characters and foes they plan to populate it with. 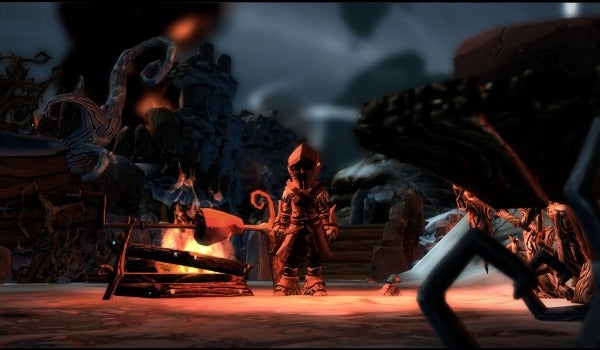 To be fair, Project Spark makes a good fist of making the programming language in it as simple as possible. It’s laid out in a tile system divided into ‘Do’ and ‘When’ features, which players apply to both characters and objects in the world. ‘When’ is the action needed to cause an effect, while ‘Do’ is the effect the player desires from the object or character the two are applied to. For example, if you apply an attack function (‘Do’) to the control pad’s B button (‘When’) for a character, they’ll attack when the button is pressed.

The problem comes in when players start adding modifiers to their world and characters such as dialogue, planned events and set pieces. At this stage those content simply to tinker may hit a bit of a wall, but players committed to the design process should press on; there’s already a wealth of information about Project Spark available on YouTube. As with LBP, the game’s community is your go-to back up if you get stuck.  Players can also team up in the creation mode with friends. If you’re better at Koding than your mate – and they’re say, better at visuals – you can cut down the work by increments. 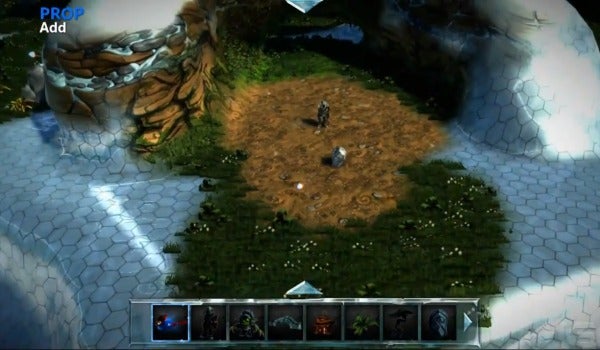 There are a couple of aspects that players may take issue with. First, it’s presentation is rather cartoon-like and it doesn’t look startlingly new generation. The soundtrack is rather twee and the voice over work is pretty poor too.

Then there’s the fact that the starting creation elements are pretty basic. There are more available to the player, but they’re locked in the creation suite’s menus and when if they try to access them, the Marketplace opens up and they’re encouraged to open their wallets. You don’t have to use real world money, mind; Project Spark has an in-game currency and players earn tokens for nearly everything they do. However, if you are a tight-fisted gamer developer, be prepared for a pretty harsh amount of grinding before you have enough tokens to buy what you want. 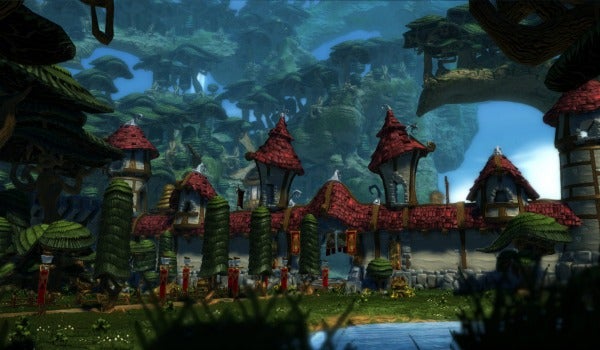 But you’re also not limited to the type of game that you can make in Project Spark. Since the beta players have been crafting shooters, puzzlers, platform adventures, sandbox games and more. The biggest fact to bear in mind with Project Spark is that the games players create will ultimately depend on how much time, care and attention they’re prepared to put in. It’s possible in just a couple of hours, as we found, to make an open-world sandbox set on an alien planet where the player shoots and jumps about, but it was as dull as dishwater. Like most projects, the games in Project Spark require a lot of work if they’re to be a rewarding experience for other players.

Verdict
So Project Spark then, isn’t exactly a fun game. The fun here can only be found in creating and sharing games with the community online – and playing some of their best creations. Right now, it’s early days, so the amount of decent games in Project Spark’s community isn’t exactly big. But potentially, Project Spark could see a wonderful library of creator-based content on offer for players… provided a lot of them put the time in.