The charges laid against Square-Enix’s reboot of Thief are both grave and in many ways justified. Firstly, it stands accused of taking one of Nineties gaming’s most respected and beloved franchises and dumbing it down. Secondly, it stands accused of numerous minor technical failings, and of not using next-generation consoles to their full potential. Finally, and most damagingly, it’s charged with being a lot like Arkane’s superb dark fantasy stealth game, Dishonored, but not quite as good. On all three counts, it’s guilty as charged. 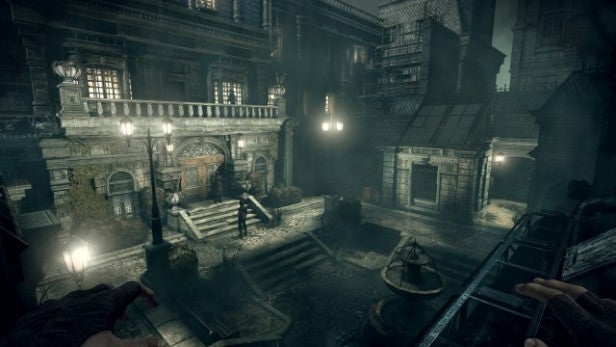 If you loved Thief 1 and 2, and if you liked the third game, Deadly Shadows, then you’ll have to steel yourself. While it’s still a first-person stealth-action game – with just a modicum of shooting – the Thief reboot is a slight departure. The original games prided themselves on giving the player a range of different routes and approaches, both in terms of the physical way you explored the environment, and in terms of the way you dealt with the obstacles in your path.

Thief 2014 still does well on the latter front, handing you a grab-bag of arrows and familiar gadgets with which to douse torches, knock-out guards, open grates, pick locks and sneak around, not to mention a selection of tools with which to sow chaos and sow distraction. Yet while it’s a game that rewards exploration – you’ve never seen so many documents to read or loot to pinch – it’s not a game that gives you much scope in which to do it. Bar the city sections that link the game’s different missions, the new Thief is surprisingly linear. 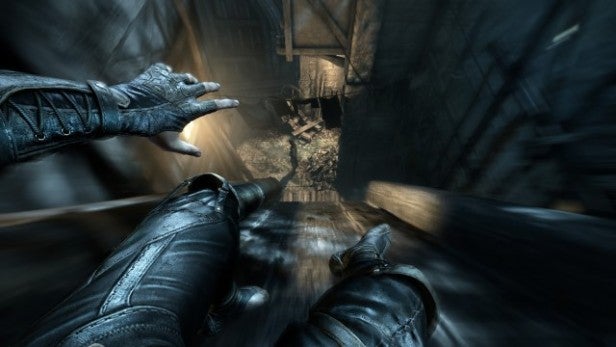 On the second count, Thief looks great for an Xbox 360 or PS3 game, but play it on the PS4 and it’s clear that you’re playing a last-generation game with a few high-resolution textures and the resolution upped to 1080p. This isn’t a major issue. Thief is beautifully designed, atmospheric and highly immersive, and the quality improves as the game goes on; later sections can be eerily beautiful. All the same, if you’re looking for a game to rival Ryse, Killzone: ShadowFall or even Tomb Raider: Definitive Edition in the visual department, this isn’t it.

Close ups of characters can look primitive even by the standards of some PS3 games like Beyond: Two Souls or The Last of Us, and nobody wants to see textures popping in or screen tearing on a next-gen title. The same goes for a hero who gets stuck in the scenery, which still happens from time to time. It’s also clear that this is a game built around the memory constraints of the outgoing consoles, with areas chopped into artificial chunks, though some of the joins are carefully hidden in pick your way through the debris interludes or elevator journeys. 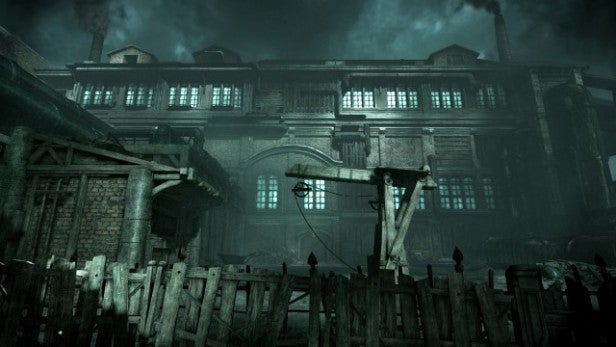 On the third count, well, Thief doesn’t have the openness of Dishonored or a setting with the vibrant identity of Dunwall. The City, as it’s called, is an intriguing dark fantasy creation with echoes of steampunk and a nice line in medieval-meets-industrial architecture, but it hasn’t been built with the artistry or attention to detail that Arkane bought to Dunwall. It doesn’t help that Thief uses areas like a high-class brothel that draw direct comparisons, and when comparisons are made it almost always comes off the worst. What’s more, Thief’s more straightforward abilities and systems don’t have the range or excitement of Corvo’s powers and upgrades in Dishonored.

Yet, if we agree to all these charges, that doesn’t mean we’re ready to convict Thief, lock it up and throw away the key. Once you know and understand what it is, it’s a fantastic game. 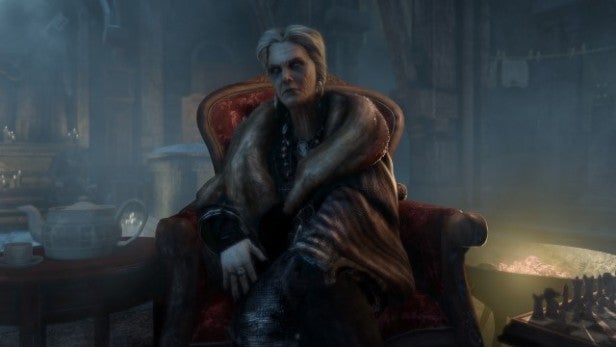 For a start, throw away Thief, Thief 2 and Dishonored as your reference points and it’s a lot closer to Bioshock or Bioshock Infinite; a thinking-man’s action game, albeit one that’s heavily focused on stealth. It’s not that the new Garrett – now a fantasy film-noir antihero – is bereft of offensive powers, but it’s impossible to play the new Thief with a confrontation style. The guards are too tough and too numerous, and other enemies you’ll meet later on are also too powerful.

Instead, the game encourages three main approaches: the ghost, who slips past every obstacle unseen, the predator, who isolates and takes out any threats one-by-one, and the opportunist, who uses his tools and the environment to evade detection and reach each objective. And while certain arrows can be used to put down enemies, either humanely or permanently, using them excessively is a recipe for disaster, and your main melee weapon – a blackjack – is little use against more than a single guard.

Interestingly, this pushes you to focus more on stealth, and on escaping when you are discovered. To help you have a very effective visibility indicator and – more importantly – a much more agile hero, with an auto-jump and clamber system with echoes of Mirror’s Edge and Assassin’s Creed. This makes getting around Thief’s game-world a joy, even at speed, and gives you a chance to get away when all seems lost. 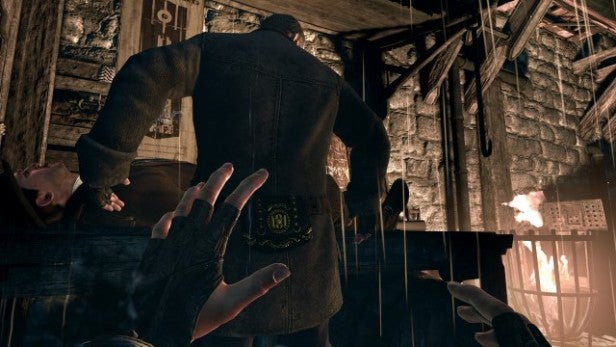 Like Bioshock and Bioshock Infinite, Thief’s priority is its story, and if it takes a little orchestration and direction to pull you through it, then it’s not going to apologise. At first, Thief’s tale seems incidental, clichéd and unengaging, which might leave old-timers longing for the good old days of the struggle between the Keepers, Pagans and Hammerites. A few hours in, however, and it really gets going as a noir-tinged mystery, transforming Garrett from thief to detective to unlikely instrument of justice. And as this happens, the levels get more interesting too, changing pace nicely between stealthy investigations, almost Tomb Raider-like explorations, frantic escapes and creepy survival horror stealth. By four of five hours in, we were totally gripped.

Not all of it works. There are shop and upgrade systems in place in the city, but these never seem that essential to the action. Sure, you can donate cash to buy upgraded abilities or pop to the black marketer and load up on water arrows, but on most occasions we actually forgot to.  Meanwhile, you’re advised to up the difficulty level if you want the guards to be anything more than dumb, short-sighted morons. If you want the tension of the original games, we’d recommend ramping things up. 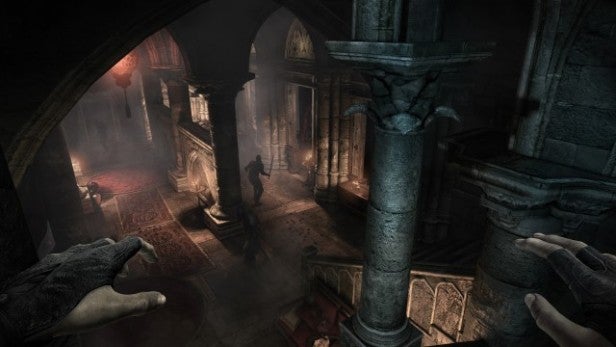 Put the time in, and there’s a surprising amount of game here to enjoy, with the lengthy main story missions joined by a good number of optional side-missions, all of which give you reason to explore the city and its denizens in a little more depth. Not all of these are that inspired or that memorable, but the best make you really glad you bothered. As you’ll find if you listen in to the copious conversations, peek through spyholes or read the background lore, there’s more to Thief 2014 than meets the eye.

This isn’t the Thief update that fans of Thief and The Metal Age demanded, but it is a superior action adventure with some brilliant missions and what turns into a gripping plot. Next-gen console owners don’t get much more than a resolution boost, but whatever platform you’re playing on, Thief is a lot smarter and more thrilling than you might suspect.