There’s a surprise awaiting you in Splinter Cell: Blacklist, though it won’t be found lurking in the plot. Many of us had the latest in the series pegged as a betrayal of Splinter Cell’s cores values, with the series swapping tactical espionage for cheap Call of Duty heroics. With Michael Ironside – the voice of special operative Sam Fisher – out on his ear and Fisher the subject of a makeover, there were justifiable fears that the series was due another unsuccessful reinvention. 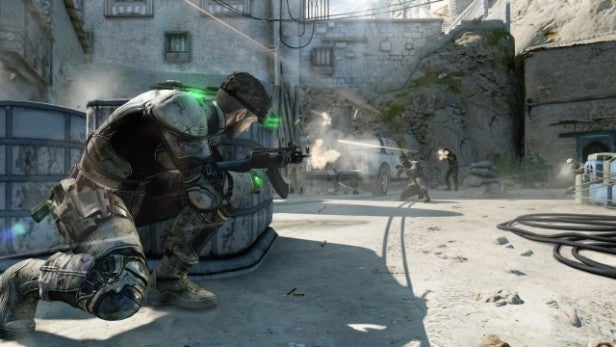 Well, there are moments where these fears come true, and there’s a lot about Splinter Cell: Blacklist that you could describe as ridiculous, unintelligent or morally dubious. Yet in a lot of ways the new Splinter Cell gives fans exactly what they want: a return to the glory days of the third and best Splinter Cell, Chaos Theory.

Gone are the group infiltration and disguise mechanics of Splinter Cell: Double Agent, and the same goes for the artsy, stripped-back, Bourne-influenced shenanigans of Conviction (though elements remain). Instead, we get a classic high-tech action thriller, with Sam supported by a team and fielding the latest technology. It’s a little conservative, a little short on innovation, but Blacklist is 90% vintage Splinter Cell.

If you’re looking for a penetrative analysis of modern espionage and the US industrial-military complex, then you probably shouldn’t be playing a Tom Clancy game. Splinter Cell: Blacklist pits Fisher and the remains of Third Echelon, now Fourth Echelon, against a shadowy terrorist organisation known as The Engineers. The Engineers are threatening a series of attacks on US targets, beginning with an attack on a military base and scaling upwards towards WMDs.

To prevent these attacks Fisher needs information, and the best way to get that information is to infiltrate a series of terrorist/criminal/generally-foreign strongholds and then assault a wide range of non-Americans (including Britons). He is doing this for the wider good, of course, but it still leaves a bad taste in the mouth from time to time. 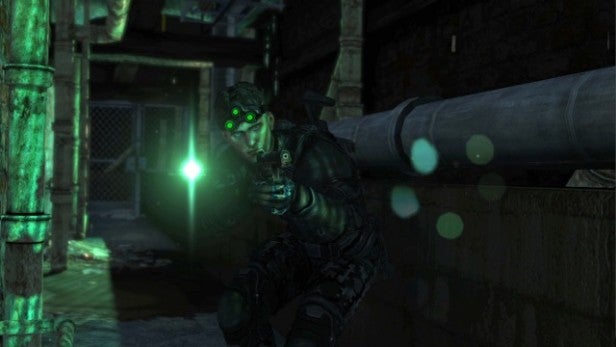 Aspects of the world and the game mechanics are inherently ridiculous. Between missions, Sam and his team spend their time sorting intel and planning in a gigantic flying fortress. This can be upgraded to give Sam access to better equipment and facilities while on a mission, while Sam’s own equipment can also be upgraded to give him better offensive, defensive and stealth capabilities.

Bizarrely, the budget for all this is set by Sam’s activities while on-mission, ranging from silent kills to sneaking past guards undetected to kicking dogs to death before they bite. There can’t be many real-world operations where you can save up for a new medical bay by booting canines in the chops, but in Sam’s world, it’s just accepted practice.

On the plus side, the flying fortress also helps give Blacklist a more open feel than previous Splinter Cells. You only have so many days between each Engineers attack on your fine nation, but you can, if you choose, fill some of these by taking on additional missions which provide additional revenue and intel. You pick between these and the main story missions from a strategic map and these bonus missions are co-op friendly.

To be honest, they’re nothing more than challenge missions, with the focus on fighting off waves of aggressors before extraction or planting bugs without being discovered, and a number stretch on long past their welcome. All the same, they help stretch out what is already a decent-sized Splinter Cell. You won’t crack this one as quickly as Conviction. 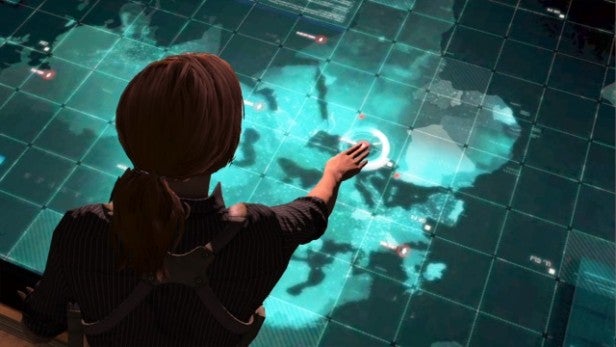 The original Splinter Cell was a fairly hardcore stealth experience. If you couldn’t memorise guard patterns and stay out of sight, then you struggled. By Chaos Theory Ubisoft had made the action more flexible, so that you could try a slightly more dynamic approach, and as the series has continued the games have become ever more action-oriented. Blacklist just takes this further, right?

Not necessarily. Instead, the game rewards you for three different types of behaviour. Ghost players are your classic Splinter Cell players, with the emphasis on staying undetected. Panther players are all about quick, strategic takedowns, using stealth attacks and silenced weapons to thin out the opposition. Assault players, meanwhile, go in for all-out attacks.