It’s almost worth the steep admission price just to see him back in action: the original and the best espionage action  hero; the one and only (well, sort-of) Snake.

Clad in a shiny black leather stealth suit, Metal Gear mullet still in place, it’s a joy to see him back doing what he does best, hiding behind crates, lurking in the shadows, sneaking past the guards when backs are turned.

Even with David Hayter replaced for voice and motion capture duties by a surprisingly low key Kiefer Sutherland, there’s no question that you’re back in the presence of one of gaming’s most iconic heroes. Where lesser stars try to be cool but just end up feeling generic, Snake doesn’t. He just is.

And one thing Ground Zeroes does very successfully is introduce Snake to a new style of Metal Gear. Fans of the series across PS One, PS2, PSP and PS3 will spot echoes of Metal Gear Solid 3, Peace Walker and Portable Ops, but this is the first time Metal Gear has adopted a sandbox mentality, with large, more open levels, multiple routes and a range of approaches.

If Metal Gear Solid 4: Guns of the Patriots sometimes felt like a game of cut scenes linked by sequences that you might actually, you know, play, then Ground Zeroes redresses the balance. Here we have a game world, a set of tools and a set of obstacles, and that’s about it. All you need to do is work out how to use the former to get past the latter.

In this case the setting is a Guantanamo Bay-style prison camp, where detainees are held in cages by armed marines, while sinister events take place in the facilities nearby. 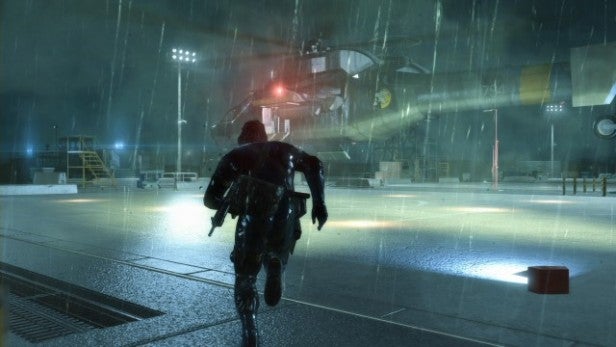 Snake is here to rescue two of his Peace Walker compadres, the mysterious double-agent Paz and the youthful Chico, which involves breaking into the detention camp and getting them out. How you do so is up to you.

You can sneak your way past guards and make use of hidden shortcuts. You can isolate and take down enemies to clear your way, or just smuggle yourself through in the back of a truck. You can commandeer machine gun turrets and armored vehicles and make an unholy row, or create distractions and misdirect the enemy into letting you get wherever it is you need to go.

You even have different ways to uncover information, whether that means grabbing and interrogating guards, playing cassette tapes to decipher audio clues, or using the zoom mic on your binoculars to listen to idle chatter.

Whatever you do and however you do it, you’ll need your wits about you. There’s no minimap to follow and no ready made objective markers. Enemies aren’t displayed automatically on any radar, and while you have advisors you can call on you can’t rely on them for minute by minute guidance or helpful hints.

Instead, you’re pushed to rely on your own initiative and observations, using your binoculars to scan the area and target guards to be tracked or spot vulnerable points that can be exploited before you make your move. 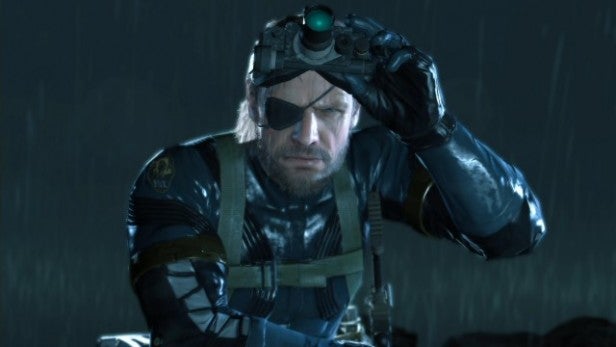 In your favour, Snake has never moved so fast or with such fluidity. Running, crouching and moving in and out of cover now happen with a grace even the Old Snake of MGS4 couldn’t match. Aiming and firing ranged weapons feels easy and smooth, and the close quarters battle system has been overhauled to take in a range of stealth attacks and rapid put-downs.

While Snake still can’t survive a lot of open combat or take on troops en masse, it’s possible to mix things up a little, using stealth as your first resort, but violence when it all goes horribly wrong. Enemy AI is also perfectly balanced, perhaps more challenging and persistent than previous Metal Gears, but still dumb enough to let you off the hook if you can find a quiet corner in which to hide.

If this is the direction Hideo Kojima is taking with Metal Gear Solid 5, then we’re all for it. It’s more dynamic. It’s also more fun. It introduces some much-needed spontaneity to an increasingly limited genre. Having played with this sandbox it would be hard to go back to a more linear, pre-scripted game, and there’s potential here to reinvent both a series and a genre.

What’s more, Ground Zeroes looks amazing. We could grumble about the way scenic debris sometimes pops into being in the middle distance, but if you want to see new benchmarks set for facial detail, shiny surfaces, lighting and rain effects, then this is where to come. It’s a stunning bit of work. 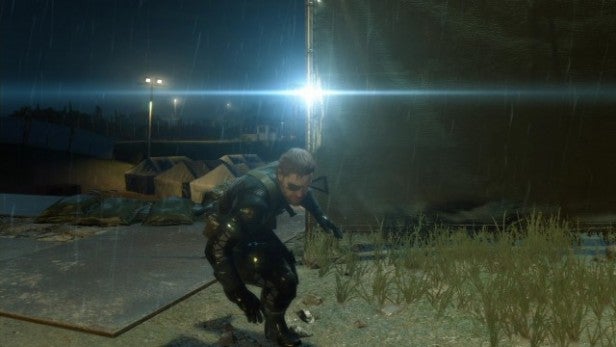 Unfortunately, Ground Zeroes has a problem: there’s not nearly enough of it to enjoy. We clocked our first run through in just over two hours of actual play, and that was with some painful fumbling of controls and schoolboy errors. You could easily crack it in under ninety with a good following wind.

The camp takes in a few distinct areas like the tents, the old prison area and the inner complex, but there’s not really all that much to it once you know the layout. While we can hardly believe that we’re criticising a Kojima Productions game for lacking cut-scenes, there are only three, and story-wise this does little more than set the stage for The Phantom Pain.

It’s not all bad. Ground Zeroes is a game that rewards a few replays with different approaches to explore and different bonus objectives you can take to boost your final grade. It also comes with a small selection of side-ops, which let you explore the camp under different circumstances.

Some put you out in the daylight, while others put you on a demolition mission or an assassination. The best even works a little like a fast-paced turret level, and it’s oddly satisfying to gun down those pesky guards by the dozen having spent the last few hours trying to sneak under their noses.

There’s more opportunity to orchestrate some mayhem than in the main mission, and a chance to see what a new Metal Gear might look like in sunlight and blue skies as well as in darkness and driving rain. 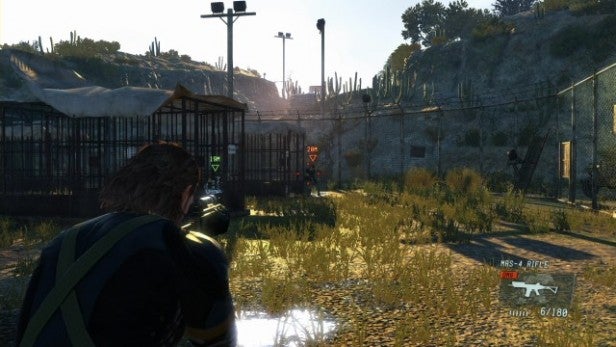 All of the above is true, but you’d still have to be a fairly committed fan to get more than six or seven hours of entertainment out of this one, and that’s all in a single area, battling the same bunch of guys again and again.

Sure, we’re tempted to join others and say, so what? Can you put a price on quality? Should games be rated by the hour? But then we remember that we’re not the ones paying £20 to £30 for the privilege, and if we’d put down our own cash to play Ground Zeroes then we might come away feeling slightly resentful.

A average £25 is an awful lot to cough up for what is effectively a prologue or a demo with knobs on, and when the main campaign is just two hours bookended by some admittedly spectacular, gut-wrenching cut-scenes, you have to ask questions about value.

On balance, Ground Zeroes is still a must for Metal Gear Fans and a thrilling glimpse of what’s coming with The Phantom Pain. But you must remember is that it isn’t is a proper stand-alone game.

Verdict
Ground Zeroes sees Snake return in style and the new open-world approach to tactical espionage works a treat. It’s stunning to look at, highly cinematic and phenomenally good fun, with a ton of ways to tackle every challenge and opportunities everywhere to mix things up and improvise.

Unfortunately it’s also incredibly short, and neither the replay value nor the excellent side-ops missions will convince you that you’re playing a full-sized game. At £12 to £15 we’d be falling over ourselves to recommend it, but as it is we have to question bang for buck.