CES is where we get to see many of the most important innovations that’ll shape the tech to come later in the year. At CES 2015, most companies decided to save their big phone announcements for MWC in February and beyond.

However, among the gyrocopters, the 10,000 fitness bands and the mountains of gimmicky iPhone accessories, there were some real tech innovations to see: things that will guide what will be released in the next 12 months and beyond.

From next-generation TVs to smart wearbles and some great baby-steps towards VR gaming in your home, you should all be very excited. Bring on 2015. 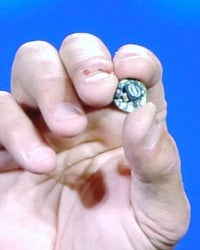 A computer the size of a button? Intel Curie could be an incredibly important piece of hardware for low-power wearable tech of the future.

At present, a good deal of the wearables we use have smartphone processors, which naturally limits how small and efficient they can get. Curie is a natural evolution of Edison, the postage stamp-sized SoC we met at CES last year.

Its very limited processor power means it won’t be suitable for Android Wear devices and the like, but for other simpler smartwatches it could be a route to the holy grail: a proper smartwatch that lasts for more than a week on a single battery charge. Curie’s going to start shipping in the second half of 2015. Fingers crossed we’ll see Curie-powered prototype devices before the end of the year. 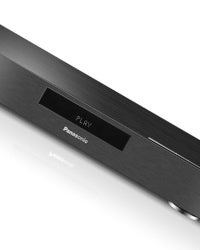 Look, we know Blu-rays are not long for this world. Even with the 4K Blu-ray standard on the way, it seems a stop-gap before a fully streamed future where physical media will seem quite archaic.

However, for now, getting 4K on physical media is important. Not everyone uses Netflix (the primary source of 4K for many), and the quality of 4K streams can’t match what 4K Blu-ray would offer. 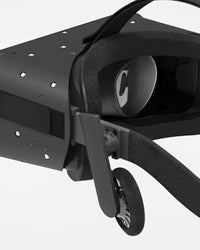 As a step forward in the development of the existing Crystal Cove prototype model, Oculus VR showed off positional surround sound with head tracking demos at CES 2015. This will essentially get you an audio experience that fully matches up with the visuals bombarding your eyeballs.

We always knew plain stereo wouldn’t really cut it, but that Oculus is out to ace every element of the equation before even shipping its first consumer-facing Oculus Rift is a sign of good things to come. When is the headset going to be released? We still don’t know. The better this thing gets, the more frustrated we become. But only because we want one. 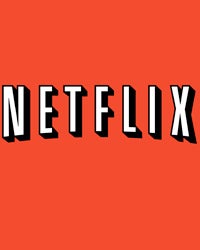 Netflix continues to prove itself a real fast-acting supporter of the latest moves in video standards. It was reasonably quick to offer 3D, has become one of the main 4K sources and now has revealed its plans to introduce HDR video in 4K.

We encounter HDR more commonly in photography, where it’s used to reveal details in highlights or shadow areas that would either appear overexposed or hidden in darkness. Many phones can even shoot video in HDR, and it’s now being positioned by some as the next move in movies and TV.

As with 3D, we’ll have to wade through plenty of content that has simply been tweaked for HDR, where shadow areas have been tweaked more than usual in post-production, but in coming years we’ll likely hear of movies ‘shot in HDR’. To avoid HDR content looking washed-out, you need a TV with superior dynamic range, and Netflix’s demo used an upcoming LG OLED 4K TV that offers much brighter whites than the current models. And they’re pretty bright to begin with. 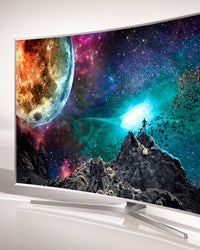 Our experiences with TVs last year convinced us OLED TVs are the future. However, Samsung’s doing its best to convince us otherwise with its new SUHD TVs – that stands for Super UHD if you’re wondering.

It’s an LCD-based system, but one that uses numerous new and new-ish bits of tech to offer picture quality far in advance of what we got from last year’s LCDs.

Not only is it primed for HDR footage with brightness of up to 500 nits, but Quantum Dot technology also gets you created colour range than ever. It involves an extra layer in the TV’s make-up that allows for very vivid, but natural, colour.

This is one of the most vibrant, dazzling TVs we’ve seen to date. For more, be sure to check out our full JS9500 SUHD preview.

LG also showed off a Quantum Dot TV, the UF9400, but we think its already-announced 4K OLEDs are the most interesting in its line-up. 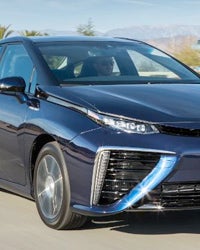 All big corporations are evil. It’s easy to believe. But Toyota made moves this CES 2015 that border on altruistic.

It has released 5680 patents it holds regarding fuel cells and related technologies, meaning other companies will be able to use the company’s hard work royalty-free. The idea is this will encourage other manufacturers to start investigating and using fuel cell tech.

Talking of the value of these patents, and how much money the company has spend working on these technologies, Toyota’s Bob Carter said, “the best I can give you is, it’s enormous.” Companies still have to apply to use the patents, and the deal only holds to 2020, but should help other hydrogen fuel cell cars appear much more quickly.

Toyota plans to launch the first hydrogen fuel cell car the Mirai in 2015. 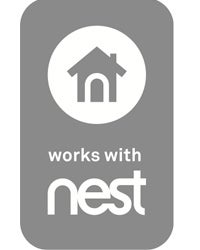 These are existing or upcoming smart gadgets that can be controlled within the Nest system. It’s a big step forward to the smart home ideal of your dreams (or possibly nightmares).

The roster of Nest-compliant gadgets is only set to increase throughout 2015 too, so if you were considering a £180 smart thermometer, now’s a good time. 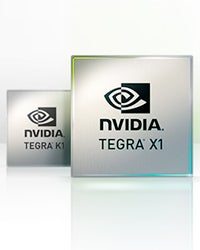 The next step on from last year’s impressive Tegra K1 is the Tegra X1. NVIDIA says it’s twice as powerful as its predecessor – if so that’s a breathtaking amount of power for a chipset planned for mobile devices.

The Tegra X1 is based on the Maxwell GPU desktop architecture, and has a 256-core graphics chip. We think the GPU will prove to the the biggest deal of this GPU/CPU combo, but the 20nm 8-core CPU part is impressive, too.

With enough power to output to two 4K monitors, it really does have the grunt we associate more commonly with desktop processors. Nvidia says the Tegra X1 will end up powering car UIs, but we’d also like to see what it can do in a phone or tablet. It may be a pretty obvious step-up from the last model, but it sure has a lot of power on tap. 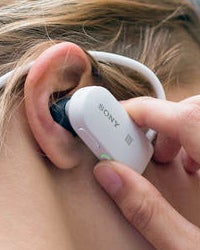 At first glance, the Sony Smart B-Trainer seems pretty conventional. It looks like a pair of behind-the-neck headphones, but actually represents a very smart approach to wearables – a market with a scattergun approach like an orchestra of sawn-off shotguns.

It is an audio player, sure enough, but also encompasses an accelerometer, a GPS chip and a heart rate sensor. The Sony Smart B-Trainer is an all-in-one fitness gadget, more-or-less.

If you think about it, this makes more sense for regular runners than a GPS smartwatch like the Moto 360. GPS kills battery, and with a fitness-only gadget like this, you can simply leave it to charge once you’ve finished your run. It’s refreshingly sensible.

Our one worry: will the heart-rate sensor have the stability to offer good accuracy? While the area under your ear is a traditional pulse point, this one seems to measure from in your ear, and the B-Trainer may move about too much to offer anything like the reliability of a HR-equipped runner’s watch. 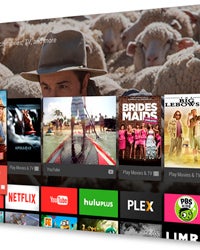 Google TV was a total flop. But if CES 2015 is anything to go by, Android TV is going to be massive. Sony, Sharp and Philips (TP Vision) are all to widely adopt the new platform in their 2015 TVs, where Google TV was only used in a few sets.

While we’re yet to see whether Android TV will be as good as we hope, it promises to offer much of the same streaming capabilities you get in a Chromecast dongle. That’s particularly good news for Android phone owners.

It has an awful lot of competition, though. LG is barrelling forward with WebOS 2.0, which promises to be great just like the first version. Samsung is modifying its Tizen OS to work with TVs: fingers crossed it’ll be sound. Panasonic is betting on Firefox OS. Given our experience with the system in phones: good luck with that one, Panasonic.