Never one to be shy about its latest TV tech, Samsung kicked off its CES 2015 showing in typically spectacular style by holding a launch event in the ultra-cool Foxtail Club in the swanky SLS hotel in Las Vegas. We gallantly waded past ladies floating on rubber rings in the swimming pool to take a closer look at Samsung’s new JS9500 and JS9000 ‘SUHD’ TVs, which will arrive in March.

The first thing to clear up is that the S bit in the SUHD name refers to Super – not sexy or seductive, despite Samsung declaring its new SUHD TVs to be ‘the most seductive TVs ever. Period.’

What makes them Super? A number of things, actually. First and foremost, the SUHD TVs – named the JS9 series – are the first widely available TVs able to play HDR (high dynamic range) content. If you’re not familiar with HDR, it’s a new picture format designed to deliver brighter, more colour-rich and more detailed (in dark areas, at least) images. 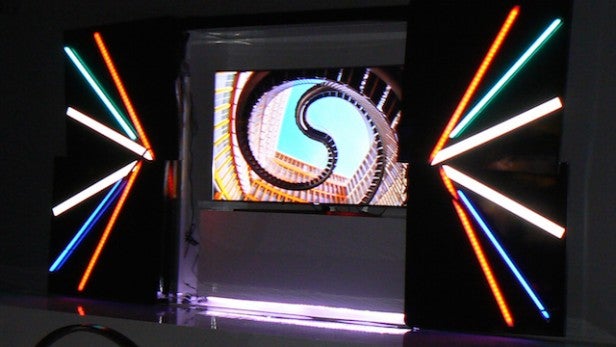 To deliver this, the Samsung SUHD TVs run at a bright (for home TVs) 500 nits, have been designed to parse HDR source signals, and use 10-bit panels – previously Samsung has used 8-bit panels, along with the vast majority of the other LCD TVs in the market. They also have new octa-core processors to make sure they can handle the huge increase in colour data that HDR requires.

This all sounds pretty impressive on paper, of course. Especially the integration of HDR support this early on in the format’s life. But will the SUHD technology make enough difference in the real world to justify its likely fairly hefty price premium?

From a pretty extensive hands-on (and eyes-on) at Samsung’s SUHD event, the short answer is that it does. Though the long answer is a bit more confusing. 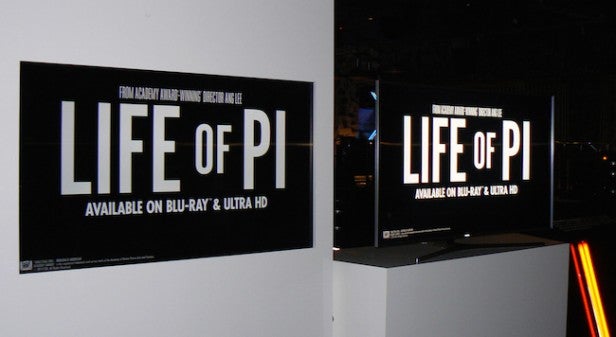 For its main HDR demonstration Samsung was running a 65-inch SUHD TV alongside a similarly sized UHD TV from its 2014 range. Samsung had boxed the 2014 model in, so we couldn’t tell exactly which one it was, though the possibilities were narrowed down by the fact that it was a flat TV, not a curved one.

In this head-to-head the leap in picture quality delivered by the SUHD TV looked massive, with the SUHD set pummelling its predecessor in every image department. For instance, the picture looked much brighter, and enjoyed vastly punchier, bolder reproduction of white colours. Colours looked far more vibrant and dynamic, as well as containing vastly more subtlety and tonal range. Detail levels looked almost ludicrously higher, especially in dark scenes. Motion was cleaner with less blurring and softness. Best of all, the SUHD set’s contrast range looked enormous, with startlingly inky blacks sitting right alongside the stellar peak whites.

This latter strength is particularly good to see, as we’ve long worried that the push for brighter, more dynamic pictures might lead to a reduction in black-level response from ultra-bright/HDR screens. In fact, Samsung spokespeople told us that the contrast range of its SUHD TVs actually surpasses that of OLED TVs because the SUHD TVs can combine good black levels with much more punch at the bright end of the spectrum.

The SUHD’s pictures looked so much better than those of the 2014 model it was being pitted against that it was hard to believe they were even using the same resolution of content. Which, um, it turns out they weren’t… While the SUHD set was receiving a native UHD HDR Life of Pi transfer, the 2014 model was getting an upscaled HD one! 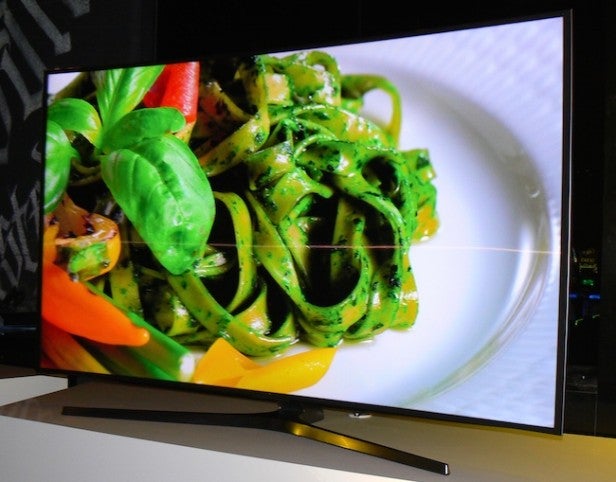 Not surprisingly we initially suspected that this was a rather cynical ploy by Samsung to try and exaggerate how good its new TVs look versus last year’s models. But questioning Samsung about the issue revealed that actually using HD for the comparison screen was the idea of 20th Century Fox, who wanted to show the assembled press what a difference it makes if you master a film transfer for HDR UHD versus HD mastered to the current Rec 709 standard.

This did, to be fair, provide a fascinating insight into just how out of kilter with modern display technologies the Rec 709 standard appears to be becoming, but it didn’t exactly help us in our bid to figure out just how much of a difference the HDR system in Samsung’s SUHD TVs might be making. Just as well, then, that we’ve seen more than enough TVs over the years to know that what the SUHD TV was doing with The Life Of Pi really did look stunning to a point comfortably beyond anything a normal LCD TV could do.

There’s no doubt, either, that the Quantum Dot colour technology is playing its part in the luminous loveliness of the SUHD TV’s pictures. As with the Sony X9005A TVs that first used Quantum Dots a couple of years ago, the technology delivers a richer, more nuanced and more dynamic range of colour reproduction that seems to be the perfect partner for HDR, helping the screen do fuller justice to the enhanced colour space HDR provides, without tipping images over into looking garish or clipped in white areas.

There’s something of an elephant in the room for the SUHD TVs, though: namely that HDR starts at the content side. In other words, unless they receive content mastered for HDR, Samsung’s SUHD TVs can’t deliver the spectacular HDR images on show at CES. And since the film studios have only just started to think about HDR and have yet to even establish a hardware or mastering standard for the format, once again we’re going to be faced with a wait while the content side of the AV industry plays catch-up to the hardware guys – not a prospect to relish when you think how long it’s taking content providers to get their heads around providing native UHD content.

The only HDR films Samsung seems to have access to at the moment are 20th Century Fox’s The Life Of Pi and Exodus – the latter of which has only just come out at cinemas, and so won’t be available for distribution in HDR to the home for a good few months. 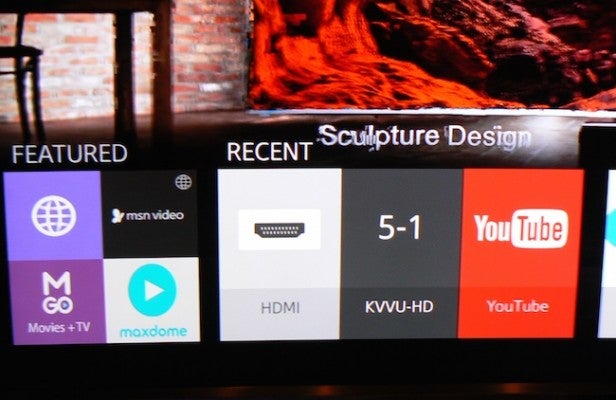 The Samsung representatives I spoke to didn’t even seem to have a clear plan yet for how the HDR UHD version of The Life Of Pi might be distributed to consumers, and nor could they hint at any other titles scheduled for imminent HDR treatment. We do know that Netflix recently announced that it’ll now be shooting all of its home-grown shows in HDR, and we also know that Universal is fairly involved in HDR experiments. But it’s all seriously early days.

While features like the Quantum Dot technology and advanced picture processing should boost the delivery of non-HDR sources, meanwhile, it would appear that the SUHD TVs don’t attempt to ‘upscale’ non-HDR sources to HDR.

There were a few other issues we noted with the SUHD TVs, too. Small details such as stars in the night sky seemed a little unstable, for instance, perhaps because of some quirk in Samsung’s (otherwise very impressive) motion processing.

Next, off-axis viewing revealed signs of light haloing around bright objects – or at least, bright objects that appear against a dark background. Though it must be stressed that these haloes aren’t visible when viewing the SUHD TVs head on, and so are arguably a small price to pay for the way the direct LED lighting system the SUHD TVs use boosts the image’s brightness and contrast.

Finally, since these SUHD TVs have curved screens, on-screen reflections appeared to distort right across the screen under the admittedly strong lighting of Samsung’s demonstration areas.

Despite the niggles – most of which we suspect could be avoided by adjusting the TV’s settings in a controlled domestic environment – Samsung’s HDR-capable SUHD TVs left us feeling genuinely excited about the opening of yet another chapter in TV picture quality. Let’s just hope our enthusiasm doesn’t end up getting too dampened by another interminable wait for content to watch on this new screen technology.