Samsung looks set take another run at the smartwatch category with the Samsung Gear S2. Here’s what we know so far, including the Gear S2 release date, price, features, and specs.

You have to hand it to Samsung. It’s certainly tenacious. We’ve lost count of the number of underwhelming smartwatches the tech giant has churned out in recent years, yet still they come.

In the Samsung Gear S2, the Korean company will be hoping for a dramatic about-turn to its fortunes after a number of smartwatches in a short space of time including the Android Wear-based Samsung Gear Live and Samsung Gear S.

Given the radical overhaul the company has given to its smartphone line in 2015, with the Galaxy S6 and S6 Edge+, there’s plenty of reason to believe it will succeed here too.

Here are some of the main rumours, leaks, and projections made regarding the Samsung Gear S2.

Alongside the launch of the Note 5 and Galaxy S6 Edge+, Samsung used its latest Unpacked event to finally make the Gear S2 official, though aside from a flurry of pictures confirming its design, we didn’t learn anything more about the device.

We do know however that it will be properly announced during Samsung’s press conference at IFA 2015, which takes place in Berlin in September, so we’ll get a full look at all its goodies then.

We mentioned that Samsung was prepared to rip up the design book when its products weren’t striking a chord, and the Gear S2 will certainly look completely different to the Gear S and the SmartWatch 3.

Samsung is finally done with the square form factor, and the Samsung Gear S2 will be its first round smartwatch.  Even though the rumours had suggested this, Samsung confirmed its next wearable will boast a circular design on stage at the Unpacked event that saw the release of the Note 5 and the S6 Edge +.

It also looks, from the first batch of teaser images, that the watch will be constructed mostly out of metal. Samsung’s favourite new material, it seems. 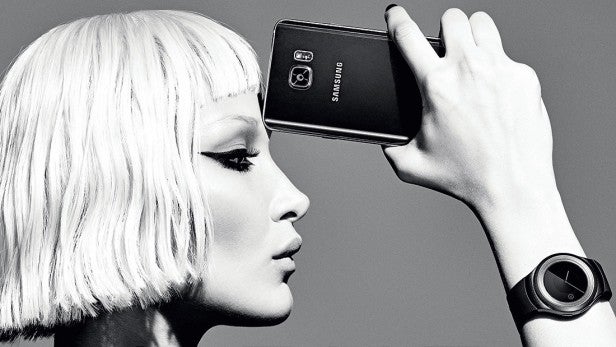 The Samsung Gear S2 will run on Samsung’s own Tizen OS rather than Android Wear.

It’s a bold move, given how poorly received the Samsung Gear 2 was last year – in part due to its half-baked Tizen OS and lack of meaningful applications.

It looks like Samsung will be debuting an all-new, specially designed UI with the Gear S2, though we still don’t know exactly how it will function and what it will do. During the product tease, a video slide showed off some of features of the wearable including a heart rate monitor, a Nike+ running apps and of course, smartphone notifications. There was also a bunch of nice looking watchfaces.

Tied in with the shift to a more rounded shape is the news that the Samsung Gear S2 will feature an innovative rotating bezel ring.

At the aforementioned Tizen conference, Samsung revealed that the movable ring would represent a “new interaction type.”

Early speculation seems to suggest that this screen-surrounding mechanism will act a bit like the Apple Watch’s digital crown, allowing you to scroll through content with a physical twist.

There have been rumours as to the Samsung Gear S2’s internal specifications. Apparently, it’ll be powered by a 1.2GHz Exynos 3472 dual-core processor with 768MB of RAM, 4GB of storage, and a 250mAh battery.

The Gear S2 is also tipped to feature Bluetooth 4.1 connectivity, Wi-Fi, a gyroscope, GPS, a barometer, and a heart rate sensor. That’s pretty much a full complement of smartwatch components, then, aside from one omission.

We don’t see any sign of NFC in there, though we’d be surprised if the Gear S2 didn’t support Samsung Pay. Such an omission would leave the company’s new flagship smartwatch trailing the Apple Watch in a pretty major way. That doesn’t seem like Samsung’s style.

Remember, though, that Samsung Pay in the Samsung Galaxy S6 and Galaxy S6 Edge+ makes use of LoopPay mobile payment technology, which works on traditional card readers as well as NFC payment points. Maybe that technology doesn’t scale down to smartwatch size just yet.

Check out our ‘Apple Watch Race Across London’ video below: