We’re now just a month away from the OnePlus 9’s rumoured early release date and some key features have already been leaked. Keep reading to discover everything we know about the OnePlus 9 and OnePlus 9 Pro so far, including the display, battery and camera expected to appear, along with what else we’d like to see from the flagship series this year.

While we’re excited about OnePlus’ recent focus on making more affordable phones like the OnePlus Nord, as with every year, we look forward to seeing what the company will deliver with its flagship line.

The 9 series will follow in the footsteps of the OnePlus 8 and OnePlus 8 Pro. Last April, the standard model launched packing the high-end Snapdragon 865 processor, 5G connectivity and a rich OLED display, while the Pro version also came with an improved quad camera and wireless charging capabilities.

The OnePlus 8T was released in October, delivering top performance, a great display and incredibly fast charging at just £50 more than the 8, leaving us with high expectations for the 2021 line.

Scroll down to discover everything we know about the OnePlus 9 series so far, including information about the release date, specs, camera, display and more. The latest news gives us a sneak peak at the battery expected to power the new phone, along with its speedy 45W wireless charging capabilities.

Don’t forget to bookmark this page too, as we plan to update it as more news and rumours roll in.

OnePlus has previously released its high-end devices in April or May, a few months after the likes of Samsung, Huawei. This could change in 2021 though, with rumours suggesting an earlier launch might be on the horizon.

This report comes from Android Central and it suggests we may see the launch up to four weeks earlier than expected, in March.

This doesn’t come as much of a surprise and it’s clear OnePlus wants its big device for the year out as close to the competition as possible, Xiaomi has already confirmed the Mi 11 will be one of the first Snapdragon 888 phones and rumours suggest the Galaxy S21 could be released as early as January.

An alleged listing on the Geekbench benchmarking app has been found showing a device reported to be the OnePlus 9 Pro packing 8GB RAM and the Snapdragon 888. OnePlus has always used high-end Qualcomm chips so this news comes as no surprise.

According to Android Central, the OnePlus 9 Lite will arrive alongside the OnePlus 9 and the OnePlus 9 Pro early this year, offering a cheaper option to those happy to settle for last year’s chipset. The device will also reportedly boast a 90 or 120Hz AMOLED screen and 65W fast charging.

As far as the OnePlus 9’s display is concerned, we could be in for something very familiar. According to Weibo tipster Digital Chat Station, the OnePlus 9 could boast the same 6.55-inch, 120Hz AMOLED screen as the OnePlus 8T.

In January, reliable leakster Max Jamboor took to Voice to report that the OnePlus 9 Pro will come kitted with 45W wireless charging. This is a big jump from the 30W wireless charging offered by the 8 Pro, which is already capable of charging up to 50% in under 30 minutes.

Jambor later hinted in a tweet that the 9 and the 9 Pro will pack a 4500mAh battery and confirmed that the phones will come with chargers in the box. We previously saw a 4510mAh battery in the OnePlus 8 Pro, but this time it looks as though the base model will be getting a sizable battery, too.

We found the 8 Pro‘s battery life varied depending on how you use it. The phone was able to provide between 5 and 6 hours of power with the screen at 120Hz/1080p, or 4 to 5 hours with the display dialled up to QHD+, but could be stretched out by turning down the display settings.

In terms of RAM, rumours so far have suggested the Pro model at least will pack 12GB of the stuff which should put it up there with the Samsung Galaxy S21 Ultra. While we’d still say 8GB is more than enough, OnePlus is known for pushing RAM levels up and we wouldn’t be at all surprised if there was a 16GB option too.

One of the more recent leaks we’ve seen for the OnePlus 9 series addresses the phone’s camera. 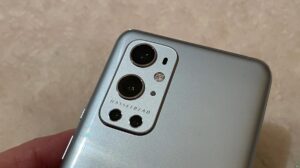 According to images shared by YouTuber Dave2D (via GSMArena), the OnePlus 9 Pro features a quad camera setup stamped with the logo of Swedish camera company Hasselblad.

OnePlus CEO Pete Lau previously announced that the brand would focus more on its cameras. According to GSMArena, this collaboration would also mark a first for Hasselblad when it comes to teaming up with a smartphone company. It has, however, teamed up with Motorola in the past for a camera Moto Mod which we didn’t rate very highly. 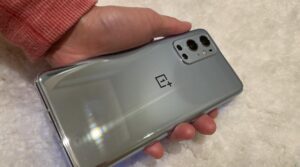 The photos seems to show off a wide, ultra-wide, macro and depth sensor camera array, with shots of the camera app suggesting the phone will include Nightscape, Tilt-shift and Pro settings.

What do we want from the OnePlus 9 and OnePlus 9 Pro?

1. A OnePlus camera that’s as good as it can be

Cameras on OnePlus phones haven’t been bad as such, but it has always felt like the area where we’ve wanted more.

Instead of focussing on getting the picture quality right with the main camera, OnePlus has built around it and added fairly useless macro, black and white and other sensors that are little more than just dressing for a press release.

If ditching these secondary and tertiary sensors allowed for a strong main camera then we’d be all for it. And, most of the time, the specs are there. OnePlus uses great Sony sensors, has a well-designed app and is lightning quick to shoot with. Yet, the pictures can often fall flat with the background processing not quite as good as some of its rivals.

There was a time when curved screens on phones were new and exciting, giving them a futuristic look and feel. Samsung pioneered it with the Edge and slowly bought it to all the main Samsung flagships. Others followed and there was a period where curved displays would adorn each and every Android phone.

Thankfully, this has subsided somewhat. Samsung has all but ditched the heavy curve and we’d love OnePlus to do the same. The OnePlus 8 Pro was a beautifully designed device let down by an overly curved body that, when combined with its sizeable footprint, made it tricky to hold comfortably.

If it meant a slightly smaller display and less futuristic look, we’d much prefer OnePlus stick with a quality flat display for the OnePlus 9 and OnePlus 9 Pro.

The N10 and N100 were strange releases for OnePlus. They were cheaper devices that lacked some of the stalwarts we expect from a OnePlus device like the very useful ringer switch, in-display unlocking, up-to-date software and OLED displays. What they did bring to the table, for the first time since OnePlus X, was expandable storage.

With these phones shooting videos in 4K (and in some cases HDR at 60fps), game installs getting bigger and the focus on photography, it’s easy enough to fill up even a hefty amount of internal storage. Even though OnePlus has offered sizeable amounts of storage before, the safety net of a microSD card is always welcome.

With the OnePlus 9 and OnePlus 9 Pro, the brand should understand that features like wireless charging and an IP water resistance rating shouldn’t be ‘Pro’ features, but ones that should be expected.

We’d love to see both devices ship with these handy extras and not used as upsells for the pricier version.

Out of all the Android phones we’ve reviewed in 2019, none come close to matching the OnePlus 8T for pure speed. That combination of the 120Hz display, Snapdragon 865 and all the OnePlus optimisations we assume are going in on the background combined to create an absolute speed champion.

We have no doubt OnePlus will look to continue this theme with its 2021 devices and we certainly hope that’s the case.