Watch Dogs Legion is an open-world adventure set in a dystopian vision of Britain’s capital, where a widespread terrorist attack has resulted in London being forced under paramilitary rule as every aspect of the populace is scrutinised through the surveillance microscope.

It’s a morbid premise, and one that at times can land far too close to the bone when discussing issues of immigration, police brutality and the very real and ongoing cultural divide caused by the 2016 referendum. It takes a genuine concern that has plunged our country into dire straits and plays it for laughs, while also trying to establish itself as a tongue-in-cheek homage to British popular culture.

Ubisoft Montreal has decided it wishes to both have its cake and eat it, but its thematic ideologies are constantly clashing with a gameplay formula that doesn’t improve upon previous entries in any significant way. Its core “play as anyone” mechanic never quite reaches the potential it could have in what is essentially a goofy spy caper inspired by the likes of Kingsman and James Bond.

It’s an enjoyable and compelling open-world adventure, but one that seldom pushes the genre forward, and doesn’t execute upon its own ambitious ideas enough to remain memorable. But I had fun in this eccentric adaptation of London, even if I failed to find the Trusted Reviews offices amidst all the hostile drones and random police attacks. 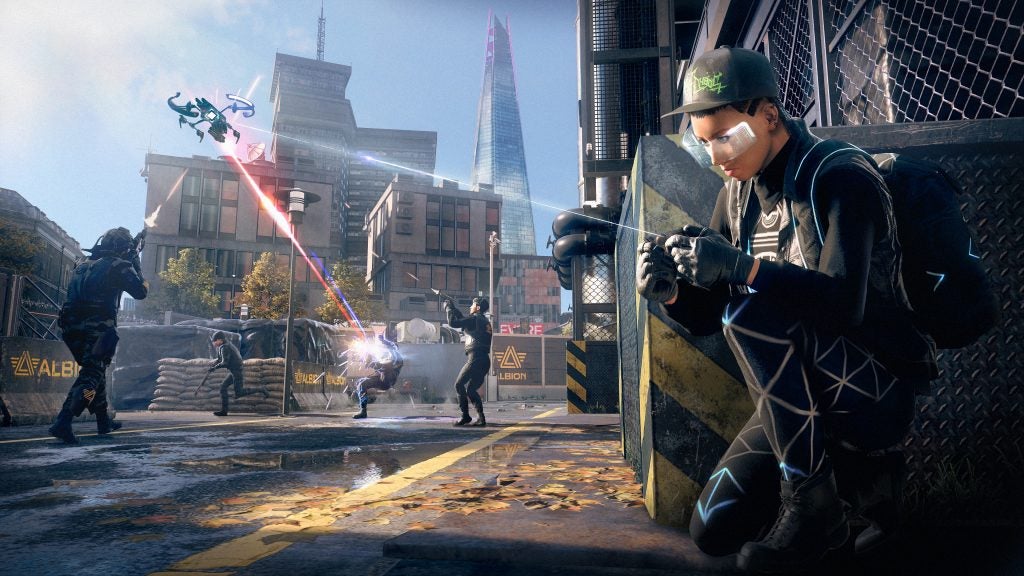 Legion begins with you infiltrating the Houses of Parliament to disarm one of many bombs placed across the city. You are a member of DedSec, an underground resistance movement intent of bringing the corrupt higher powers in our world to justice by any means necessary. This opening section is a thrilling introduction to the basics of stealth, combat and hacking – showcasing many of the abilities you’ll be using throughout the 20+ hour campaign.

Unfortunately, my chaotic reign as a rogue spy comes to an abrupt conclusion as we reach the bomb, realising it will be impossible to defuse and a mysterious figure known as Zero-Day is behind this dreadful act. He murders us in cold blood as explosions rock the capital, transforming it into a dark, claustrophobic dystopia in a matter of seconds. From here, the conspiracy slowly but surely begins to unfold.

Your first task is to rebuild DedSec, recruiting a random citizen off the streets to join the movement and fight back against oppression. In Watch Dogs Legion, every single NPC in the city of London can be recruited into your growing resistance. Their job, age, gender or political affiliation doesn’t matter, since you can take on procedural missions to bring them into the fold.

The ability to play as absolutely anyone is wonderfully inventive, and I spent hours scouring London in search of more eccentric individuals such as Beekeepers and Living Statues who might fancy fighting back against fascism alongside their day job. While recruiting an assortment of wild folks into your cabal has its charms, I quickly found a small selection of recruits I adored and stuck with them for the entire campaign. 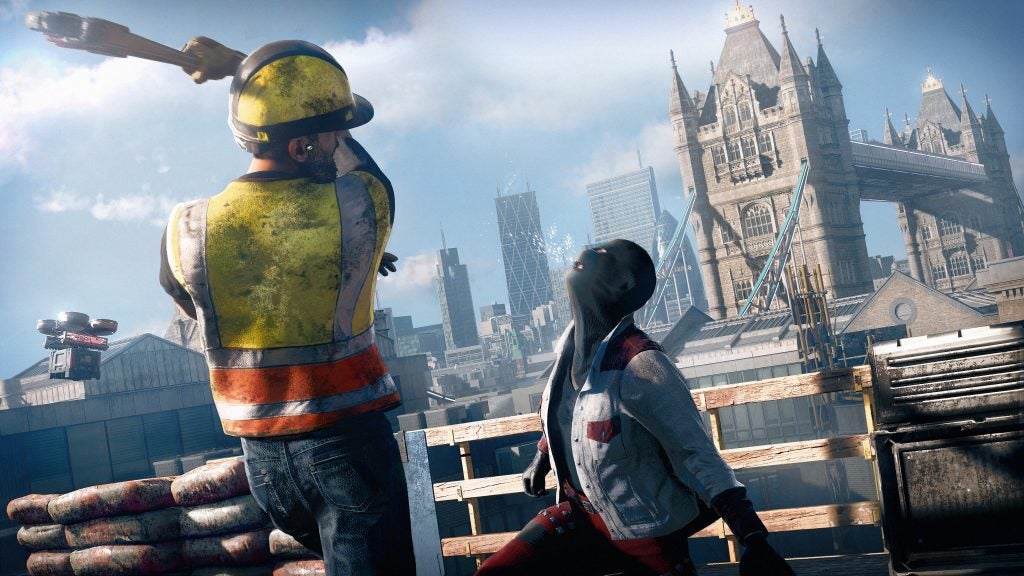 A professional cosplayer known as Harriet and an Irish football hooligan proved to be my mainstays, largely because their voice acting wasn’t atrocious. They also had a welcome selection of abilities for dispatching Albion and Clan Kelley, two of the evil factions you’ll find across London. The aesthetic of your operatives is the core reason for recruiting them, since their bespoke gadgets and abilities simply don’t make much of a difference aside from key exceptions.

Unless you’re in a restricted area, you can customise the gadgets of any operative whenever you like. Those who are a sucker for experimentation will find plenty to love with a wide assortment of lethal and non-lethal firearms, grenades and drones which can be deployed to the dismay of your enemies. However, the majority of puzzles revolve around the use of spiderbots. These small mechanical arachnids can crawl through vents and be hurled over walls, granting you access to locked areas in a matter of moments.

Without a spiderbot, you’ll need to find a cargo drone to fly into the air, which isn’t exactly subtle, or awkwardly clamber up platforms and risk being spotted in a matter of moments. The repetitive nature of Legion’s level design only lends itself to a few key strategies, and choosing to play in a more unorthodox manner can feel either awkward or frustrating. Given the freeform nature of the operative system, this can feel counter-intuitive.

Swapping between operatives also results in obnoxious loading times, which aren’t alleviated unless you plan to play on next-gen platforms. Even so, being unable to swap between your roster of characters seamlessly feels awkward, especially when other open-world titles accomplished a similar feat several years ago with far more grace. Despite its ambitious foundations, I feel the operative system holds Legion back from greatness, even if it manages to shine in a few rare moments. 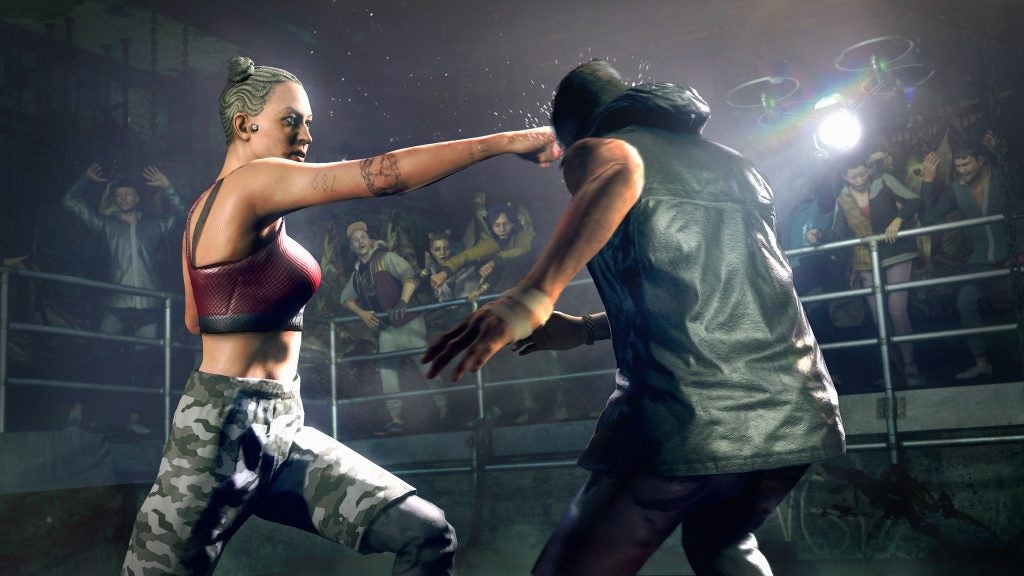 The campaign revolves around DedSec eliminating a selection of tyrannical figureheads across London, all of whom are pitched as larger than life villains that will be impossible to take down. Nigel Cass is the CEO of Albion, determined to bring London under his iron grip with the use of sheer power, while Skye Larson is an intelligent tech mogul who has mastered the art of transferring human consciousness into machines.

All of these villains are comically evil, residing in the filthiest swamps of human decency as they willingly sacrifice innocent lives for their own personal goals. There’s very little effort made to humanise them, or make you truly understand their twisted motivations, which makes them into twisted despots to dethrone and not much more. It’s a shame, since with a few more missions and cutscenes they could have been some of Ubisoft’s best, but their lights are snuffed out much too quickly to remain impactful.

London is split into multiple boroughs ranging from Southwark to Highbury and Islington. Legion has done a fantastic job translating the inner sections of London into its own futuristic vision, with the streets striking an effective balance between realism and its own blend of dystopian misery. It’s a delight to explore, even if it feels somewhat smaller than Chicago and San Francisco in past games. 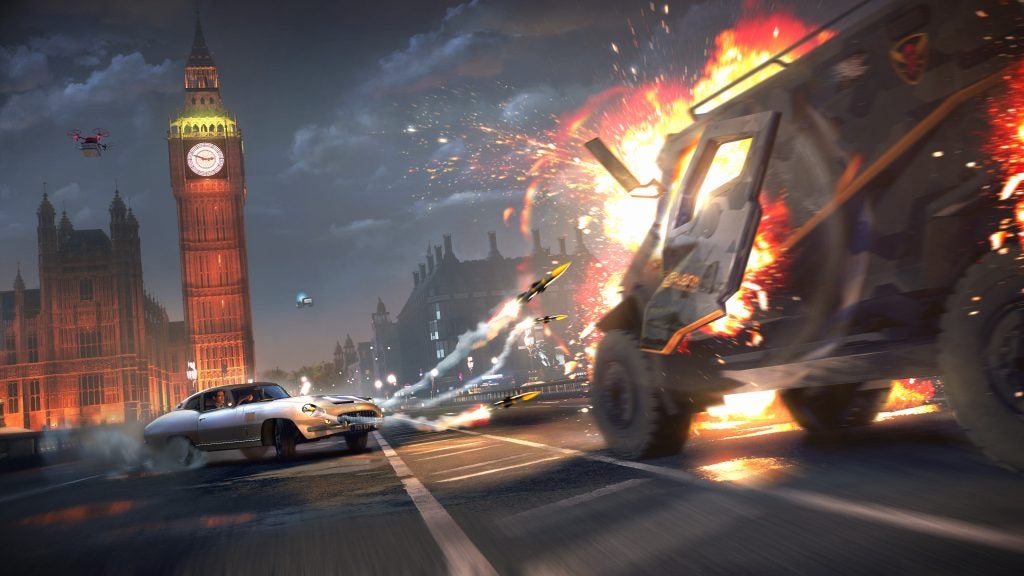 After completing a select number of activities in each borough, you can opt to liberate it from the clutches of Albion and Clan Kelley. These are where some of Legion’s more inventive missions reside. Piloting a drone through a server located atop The Shard is a joy, while joyriding through the streets as fellow revolutionaries steal from the elite instills an equal amount of thrills.

It’s a shame that missions such as this are few and far between, with some story sequences taking place in large complexes you’ll have already seen time and time again. But they’re still an enjoyable romp, with each mission establishing a satisfying rhythm of surveillance and infiltration. Once you’ve unlocked a decent number of gadgets and abilities, it feels genuinely badass to seamlessly knock out baddies before hacking into the objective.

Sadly, once you’ve taken over each borough, there isn’t too much else to do. Beyond the decreased presence of Albion and Clan Kelley, the occupants of London don’t react to the revolution in a way that feels relevant to the unfolding narrative. DedSec is still blamed for the attacks that brought London to its knees, even though I spent hours liberating the city and saving its people. 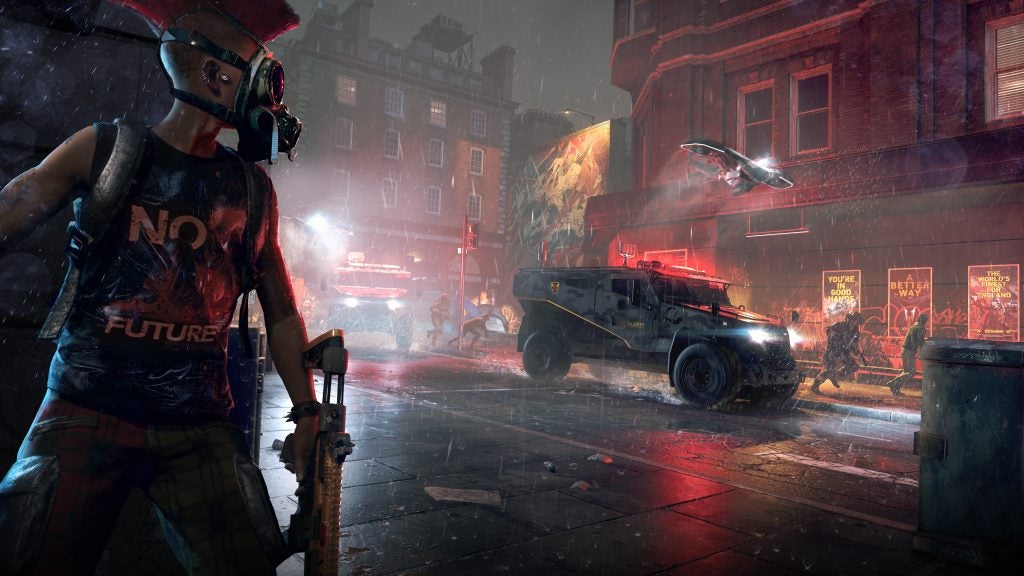 It weakens the message of revolution that Legion is trying to convey, and makes the world feel like something that doesn’t exist unless you’re walking around in it. Watch Dogs 2 conveyed this idea of rising up above impossible threats far more effectively, because it chose to focus on a small, relatable group of young hackers who wanted to make a difference.

In Legion you can be anyone, and such a lack of character development means it all falls apart once the core message fails to deliver. The awkward banter between your fellow operatives and the woefully stereotypical identities they seek to portray only worsens such problems. I never felt close to my grassroot resistance, knowing they could be thrown aside and replaced at a moment’s notice.

Bagley is easily Legion’s greatest asset, an artificial intelligence who acts as both your primary companion on missions and a humorous foil who makes some brutally snide comments on each unfolding situation. He’s excellent, and despite being little more than a computer programme, produces some of the game’s more human and emotional moments. I won’t spoil anything here, but I didn’t expect to shed tears over a cockney robot. 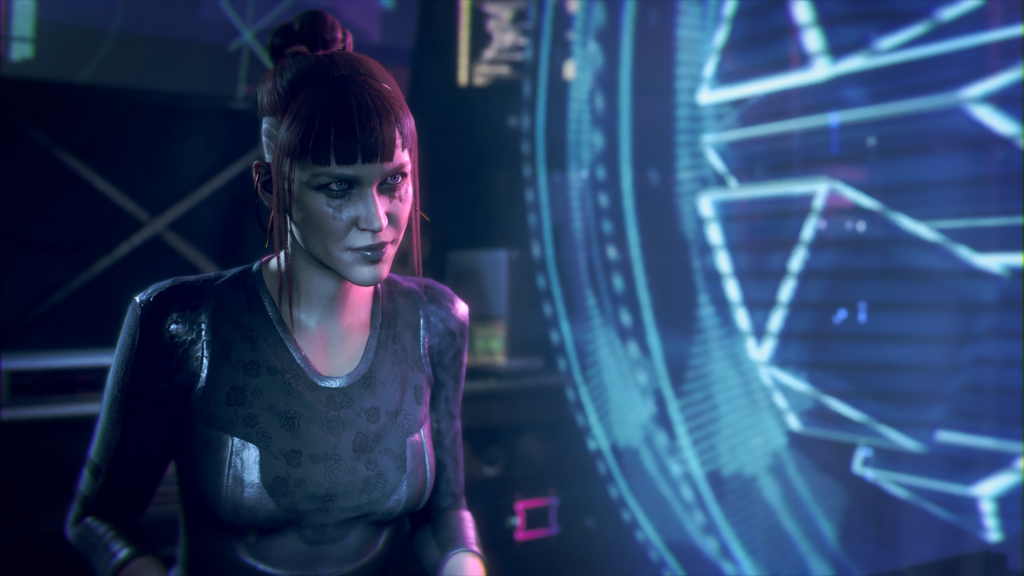