Everything we know about the LG G Watch

The LG G Watch has been announced, dated and now the full specs for the Android Wear smartwatch have been revealed.

Having been unveiled back in March as the first wearable to run the new Android Wear OS, the LG G Watch is set to go head-to-head with the likes of the Samsung Gear Live and Motorola Moto 360 in the growing smartwatch space.

LG and Google have confirmed that the LG G Watch will be able to pre-order on the Google Play Store from June 25, the same day as the Google I/O announcement.

Here’s everything you need to know about the LG G Watch, including details on the G Watch price and launch. We will continue to update this post as new details emerge so bookmark it now to keep up-to-date. 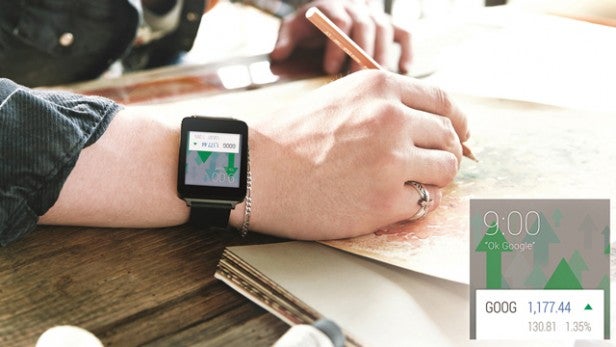 A precise LG G Watch release date is unkown, but you can now pre-order the Android Wear watch on the Google Play Store in time for its release later this summer.

LG has been quite open in confirming the G Watch release date will be held during the year’s second quarter, although a more accurate arrival time has been hard to come by.

“You can expect it in quarter two of this year, so very, very quickly,” James Marshall, LG’s European Director of Mobile Communications said while speaking exclusively with TrustedReviews.

Despite LG failing to narrow down the Q2 launch window, several sources have claimed that the LG G Watch release date is set for late June. 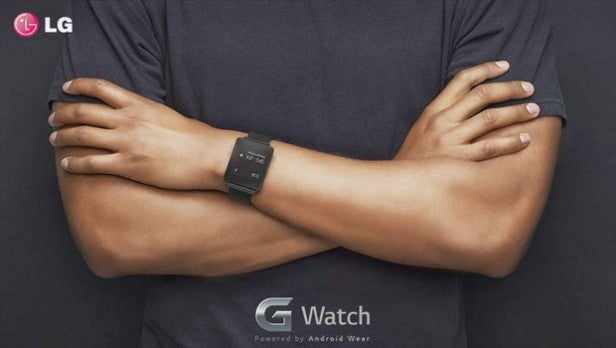 LG has yet to announce an official LG G Watch price, but much speculation – and a fair few leaks – give us some inkling.

With the rival Samsung Gear 2 setting wannabe owners back a lofty £250, LG has suggested that the LG G Watch will be considerably cheaper.

According to leaks out of France, the G Watch price will be set below the €200 (£164) mark on the continent.

“LG France confirms that the G Watch shows available in our region in the month of June, and costs only 199 €,” Les Numeriques reported.

Speaking at a recent product showcase, the Korean manufacturer is said to have confirmed the LG G Watch price will be sub-£180 when launched on British shores. 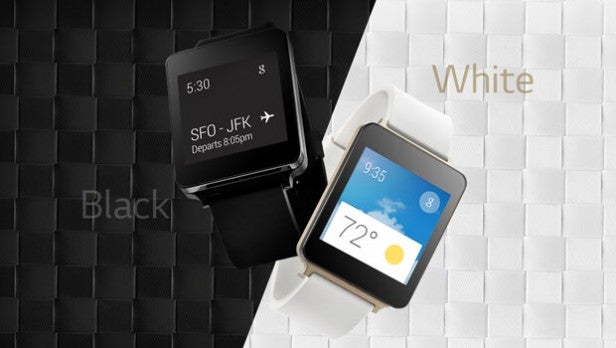 LG has now confirmed the full LG G Watch specs as the device goes up for pre-order.

“As one of the first to market with Android Wear, LG wanted to develop a product that functions as an essential companion device but most importantly, was simple to use,” said Dr. Jong-seok Park, president and CEO of the LG Electronics Mobile Communications Company. “We wanted a device that would be simple to learn and so intuitive that users wouldn’t even have to think about how to use its features. That’s what the LG G Watch is all about.”

“Watches powered by Android Wear aim to show you the right information and suggestions you need, right when you need them,” said Sundar Pichai, SVP, Android, Chrome & Apps. “It’s been great to work with LG on the launch of the G Watch — especially given its simple, easy-to-use design.”

The LG G Watch comes with a 1.65-inch LCD IPS display with a 280 x 280p resolution, lower than that of the Samsung Gear 2 or Gear 2 Neo. It runs on a Qualcomm Snapdragon 400 processor with 512MB of RAM and comes with 4GB of internal storage.

It does feature a bigger 400mAh battery than the Samsung alternatives though, helping bulk out the life you’ll get out of one charge.

Weighing 63g, the LG G Watch measures up at 37.9 x 46.5 x 9.95mm and comes with a gyroscope, accelerometer and compass in-built. You’ll obviously get Bluetooth 4.0 LE for your smartphone connectivity too.

The LG G Watch will be available in two colours – black titan and white gold, with the white strapped option featuring a gold frame to the body. Both will be IP67 water and dust resistant, handy for those trips to the beach and for use during sporting activities.

While you might not get away with swimming in the G Watch, there will be no need to worry about splashes and spillages.

Importantly, LG has avoided falling into the same pitfall as Samsung when it comes to the watch’s connectivity and compatibilities options.

Capitalising on the Gear 2’s faults, much in the same vein as the Sony SmartWatch 2, the G Watch will be compatible with a “wide range of Android smartphones” running Android 4.3 Jelly Bean or above, not just LG’s own offerings. 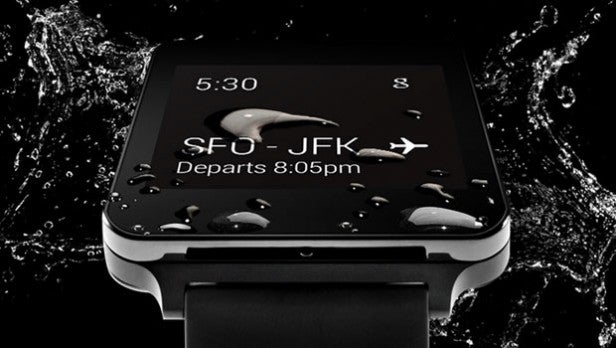 For those who remember the ambitious LG Watch Phone of 2009, the LG G Watch is set to mark a considerable step forward. According to the manufacturer, the G Watch will be “an entirely new beast” to its past wearables efforts, a statement backed up by the LG G Watch features list.

Leading this list is the Android Wear OS at the device’s heart. Marking a new breed of smartwatches, the LG G Watch is the first device to run the wearable-centric extension of Google’s Android software.

According to Google, Android Wear is about “glanceable, actionable” information, with a simple, touch and voice command based interface.

The Android Wear base will see the smartphone connected G Watch relay messaging and notification alerts direct to your wrist. With the LG G Watch packing an integrated microphone and speaker, the watch will also let you control the device simply by saying ‘Ok, Google’ followed by your desired command.

Bringing everything from mapping and weather details direct to your wrist, the LG G Watch will also include a range of inbuilt sensors, such as a gyroscope and accelerometer to better track location-based details. What’s more, this collection of sensors will allow for fitness tracking features when paired with apps.

Stay tuned to TrustedReviews for all the latest on one of the most exciting wearables of the year.