What is the Sony SmartWatch 2?

The Sony SmartWatch 2 is among the latest wave of wearable tech, arriving alongside the Samsung Galaxy Gear. It’s a Bluetooth-enabled watch, and it costs around £150.

It’s a little more accessible than the Samsung Galaxy Gear, being much cheaper and offering much wider phone support (most phones Android 4.0 or newer). However, it does show why the smartwatch is one of the most maligned areas in tech. They claim to be devices of the future, but in-use too many elements feel like retrograde steps into the past. 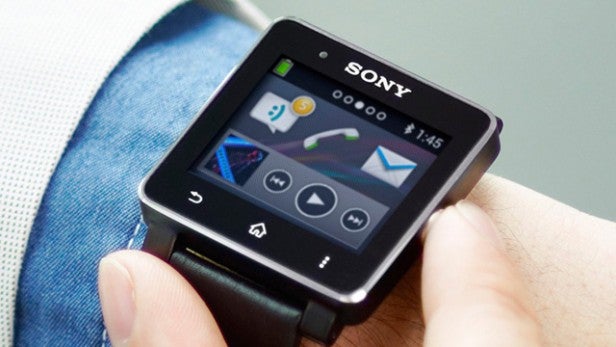 Conscious, perhaps, that smartwatches are at risk of being dismissed as gimmicky toys, Sony has made the SmartWatch 2 feel very sturdy. The front panel remains very gadgety-looking like the first-gen SmartWatch, with a chunky square fascia, but the strap we got to test is a chain of black metal links. It’s the sort of watch strap worm by men who like manly pursuits and dream of owning sports cars.

The Sony SmartWatch 2 is also quite large and heavy. Not only is everyone around you going to notice it on your wrist – you’re not going to forget it’s there either. We also had some trouble altering the size of the strap. It’s not a standard, easily-adjustable plastic strap, you need to manually remove links with a tool.

However, you can buy other straps, including less chunky, non-metal ones. And the look isn’t all bad. The SmartWatch 2 looks more upmarket than the first Sony SmartWatch, and the bevelled silvery edge of the watch face is a nice touch. Still, it has won few fans among our team.

The watch is rated to IP57 weather resistance, meaning it can be submerged in water and is dust-proof. However, you’re not meant to take the watch swimming. 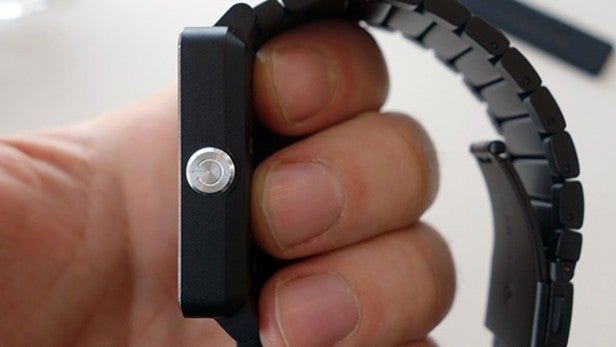 The one potential fail point that could let water in is the microUSB charge socket on the side, which is covered by rubber-sealed flap. Any water resistance disappears along with its integrity, and as the watch needs to be charged regularly, there’s a decent chance you’ll end up causing minor damage to the seal after time.

Sony says the SmartWatch 2 battery lasts for up to four days, but we found the battery stamina less than this. It generally lasts two days once you’re tooled up with notification-producing apps. Sport watches like the TomTom Multisport may die quickly if used for their main GPS-tracking role, but use them as a watch and they’ll last for ages. In comparison, the SmartWatch 2 is not the most reliable of watches.

Setup is also a little awkward.

The SmartWatch 2 has NFC for quick pairing, but as most Androids out there still don’t have the feature we tested the watch with the NFC-less Motorola Moto G. Pairing is easy enough – done so within the Bluetooth monu of a phone, but the succession of extra software that has to be installed following this is laborious. 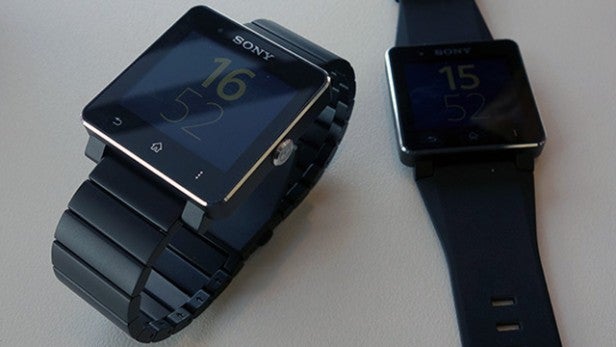 You need to install two separate apps to even get your phone to recognise the watch properly – Smart Connect and a special provisioning tool for the SmartWatch 2. Even with these installed, the watch isn’t ready to do much of anything. Almost no features are actually built into the SmartWatch 2 beyond the clock and torch (which is hilariously – but predictably – nothing more than a white screen).

When not in use, a non-backlit clock face is shown (you can pick between 10). This uses some power, but nowhere near as much as a fully lit screen. It’s not quite as clear as a ‘normal’ watch, though. Now, onto the apps.

Next
Apps and Verdict Review