Microsoft started this generation of consoles seeming almost apathetic of independent developers, failing to capitalise on the abundant talent emerging from all corners of the world simply waiting to be discovered. This all changed with the ID@Xbox programme.

Since its inception, ID@Xbox has seen studios from over 67 countries with over 1600 titles in active development, and they’ve been played for a staggering 4 billion hours. Given the humble beginnings, we’re impressed by how far Microsoft has come here.

At a recent showcase in London, Trusted Reviews had a chance to go hands-on with a collection of titles, all of which provided a bright, energetic picture of indie development. Here’s some of the very best we saw coming to Xbox One. 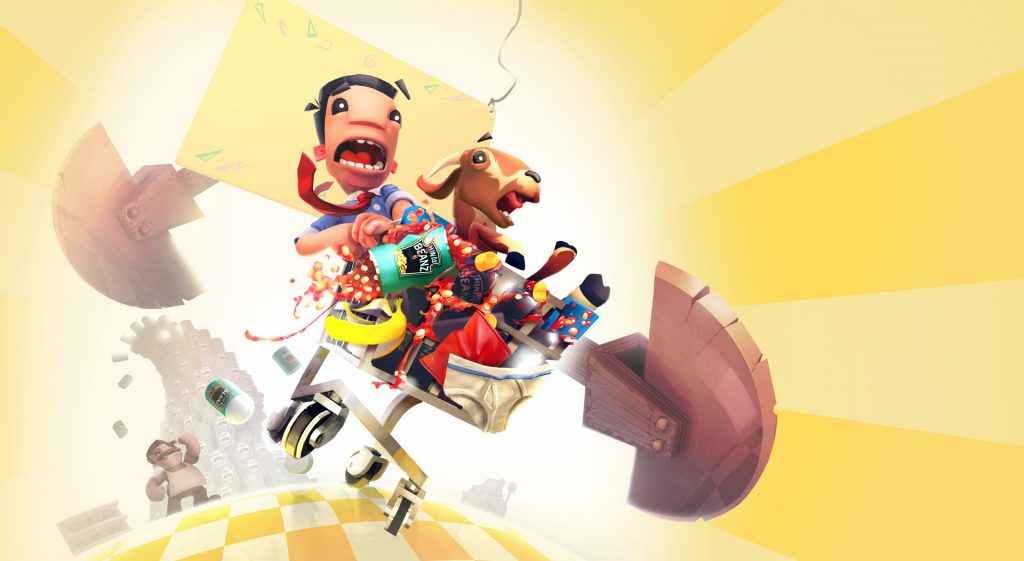 I’ve been to a lot of supermarkets. Asda, Sainsburys, Morrisons –  you name it, I’ve bought a lot of groceries. However, I’ve never seen a man and a goat sitting together in a trolley, propelled forward by nothing more than their own high-pitched screams. This sits at the core of Supermarket Shriek, an arcade platformer with a wonderfully unique aesthetic.

Played across a number of stages spread amidst a distinctly British landscape, you must traverse through stages using the left-or-right shoulder buttons to control each character’s screams. It’s chaotic, reminiscent of Overcooked as you and a friend clumsily glide through obstacles with surprising grace. You’ll normally crash and burn, but sometimes, it can look oddly flawless. 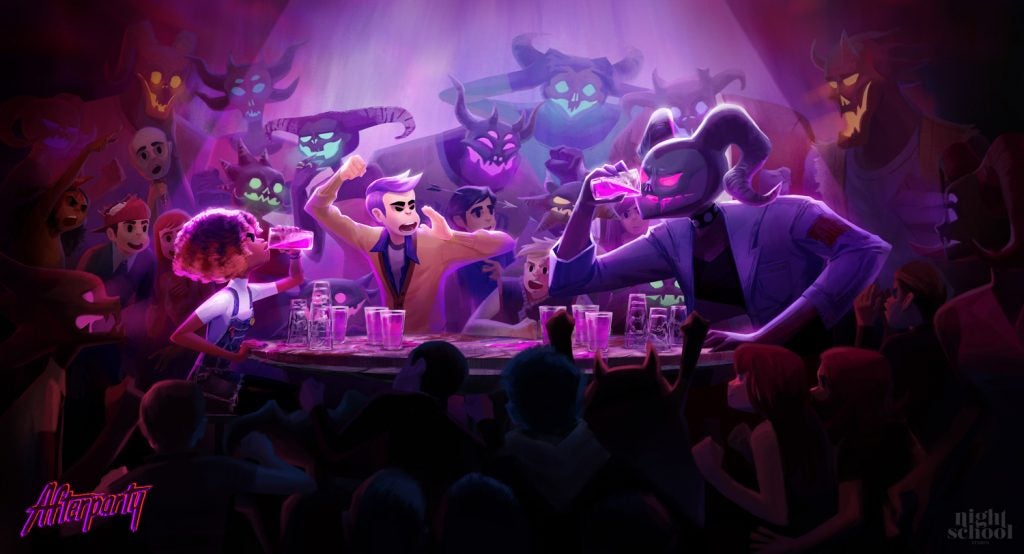 From the creators of Oxenfree comes Afterparty, an adventure where two best friends find themselves with the prospect of spending an eternity in hell. But there’s a catch – outdrink Satan and you have a chance to escape. Obviously, demonic cocktails are a little more demanding than what you’d expect in your local nightclub.

It looks fantastic, translating many of the character traits and mechanics from Oxenfree and expanding upon them. Dialogue is relatable and characters are realistic, although you’re sadly confined to the dark depths of hell. Or not, whatever you’re into. If it’s even half as good as Night School Studio’s previous work, we’re in for an absolute treat. 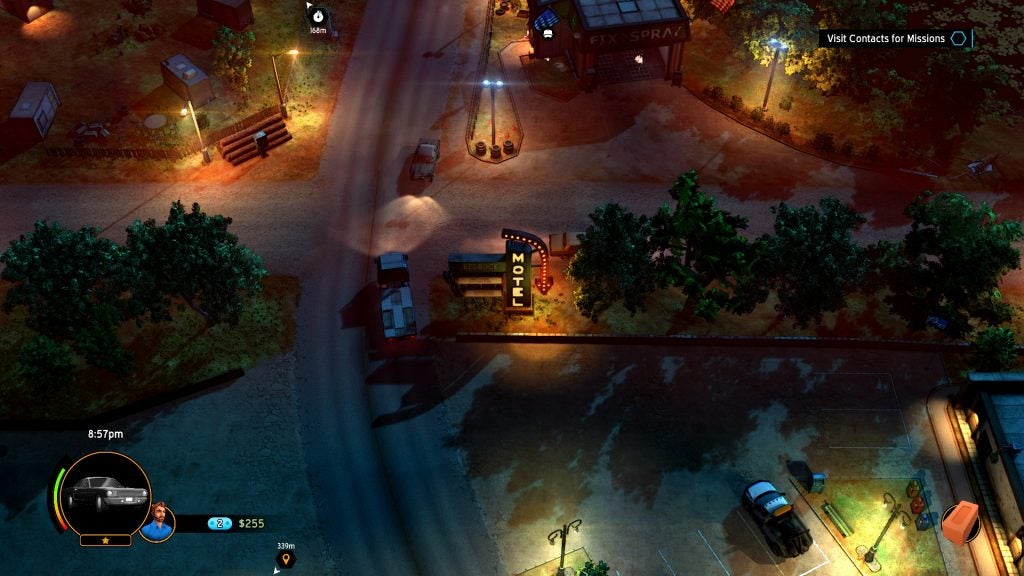 Reminiscent of open-world experiences that helped redefine the genre several decades ago, American Fugitive is played from a 3D top-down perspective as you escape the law and try to find out the truth behind a crime you didn’t commit. I started from the beginning of the game, and after a basic setup, I’m thrust into the world and free to do whatever.

Exploring Red County, a sleepy American town, provides ample opportunity for breaking into houses in search of resources and causing untold chaos. I’m clearly a terrible person, since you’re also free to obey the law and play through missions, only resorting to violence when the narrative calls for it. American Fugitive has a lot of potential, providing a spin on a genre we haven’t seen for some time. 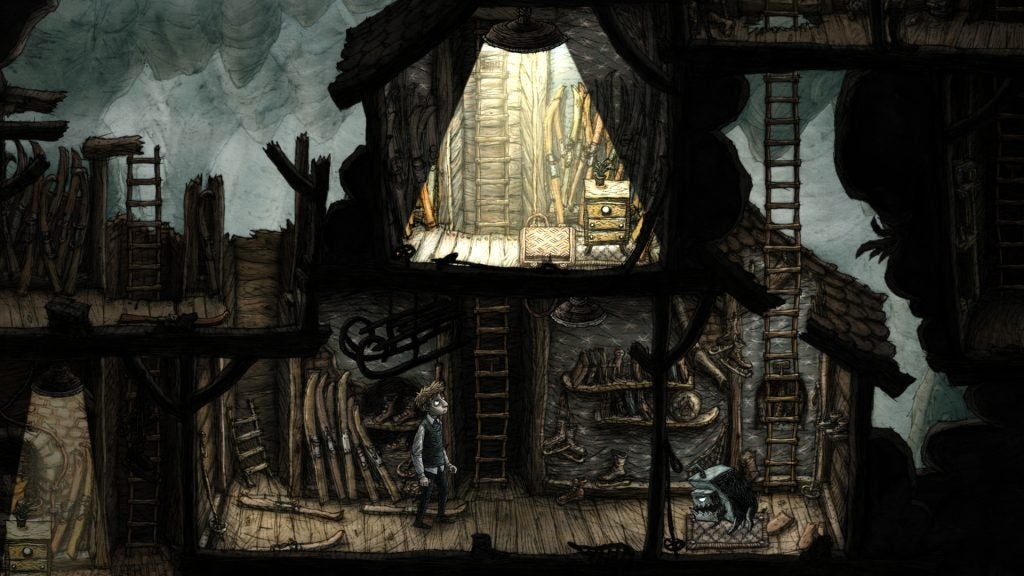 Creaks made me uncomfortable. It’s dark, oppressive and almost suffocating in the society it drops you into. You play as a nameless man who wanders through a subterranean world filled with otherworldly monsters. One unsavoury encounter means your demise, so it’s essential to solve puzzles and avoid them whenever possible.

I’m smitten with Creaks, yet a tiny bit terrified to see what else it has to offer. It’s real spooky, ya’ll! 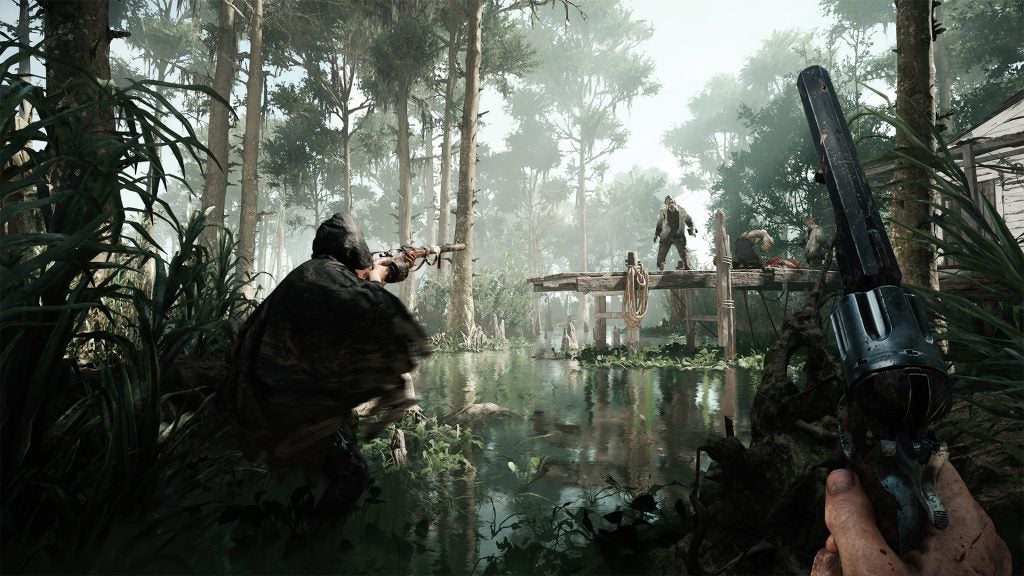 We’ve already taken a detailed look at Hunt: Showdown here at Trusted, but it’s exciting to see Crytek’s latest effort coming to Xbox One. Available as part of Xbox Game Preview, it can now be purchased if you fancy following along with the port’s development.

Playing as part of a hunting team, you and a friend (or stranger), must venture across dank swamplands in search of a precious bounty. Unfortunately, it comes in the form of an ungodly monster. Oh, and the map itself is crawling with zombies, supernatural creatures and other players competing for the very same goal.

The unbearable tension that comes from emergent gunfire by rival players right before being ambushed by a swarm of zombies is palpable, causing heart-pounding chaos that only few games have managed to emulate. When it works, it’s really something. 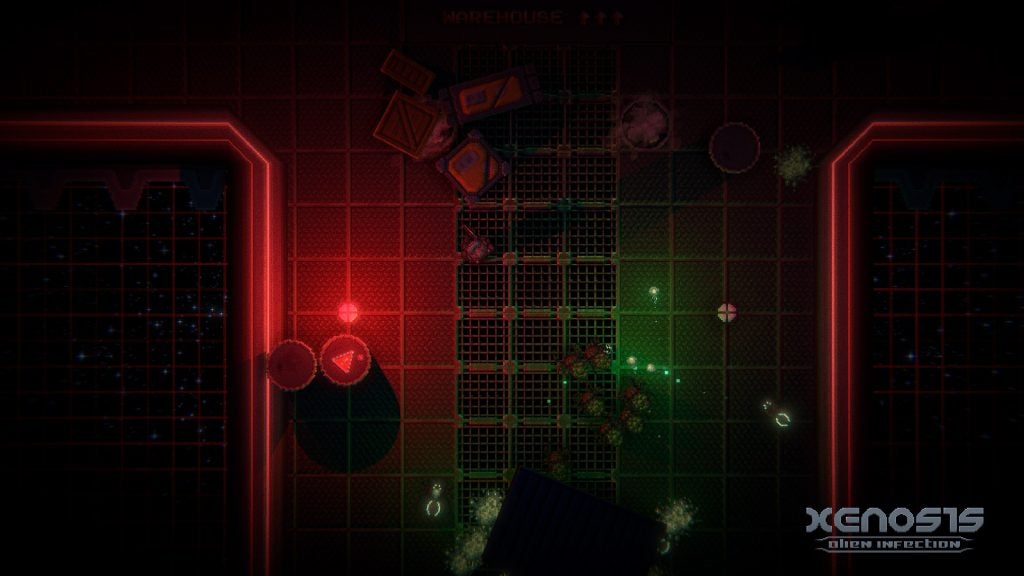 I never imagined the claustrophobic terror of Alien and blood-curdling alien designs of Event Horizon could be used as inspiration for such a minimalistic pixel adventure, but that’s exactly what Xenosis: Alien Infection has achieved. Horrific, otherworldly screams emerged from corridors as I shun my flashlight down them, with only a measly pistol to defend myself with.

While still in the throes of development, Xenosis already has many systems I can see providing a compelling reason to explore the nooks and crannies of its broken setting. A crafting system encourages you to stay on top of batteries and oxygen tanks, while multi-tiered level designs have you crawling through vents to avoid pitch-black rooms filled with beasties.

What are some of the ID@Xbox games you’re excited for? You can get a full look at the library over on Microsoft’s website. Let us know on Facebook and Twitter @trustedreviews!