Crytek’s latest multiplayer shooter, Hunt: Showdown, is now available in Early Access form on Steam. Here’s everything you need to know about it.

What is Hunt: Showdown?

Hunt: Showdown is a multiplayer, first-person shooter. You step into the shoes of a demon hunter operating in the Louisiana swamps, which are overrun with stray supernatural threats.

Each mission takes place on a sandboxed map, in which you’re tasked with hunting a big boss target. This target can be taken on solo or with the help of a teammate. Initially, the hunts involve finding three clues using a special ‘Dark Sight’ ability that eventually reveals the boss’ location on the map. From there you head to your prey’s location and enter the fight.

The game interesting is because Crytek has added a player-vs-player element to the mix. In each hunt, there are up to five teams of human players tracking the same prey. Since only one team can claim the prize, the competition comes in the form of having to be the first to collect the bounty and escape the map, or take out the competing human players and steal the prize. 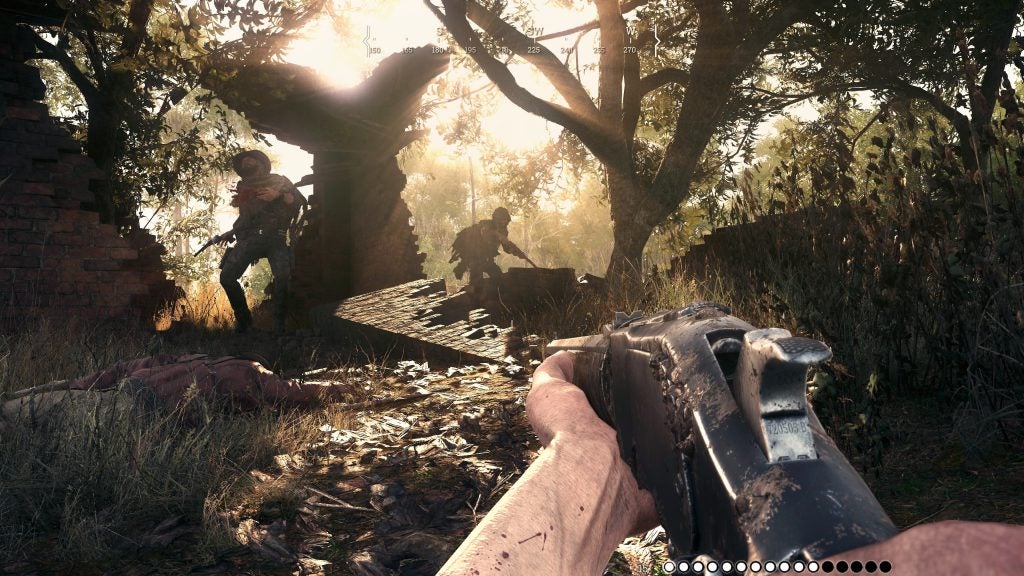 In its current early form, Hunt: Showdown is very much a work-in-progress – but definitely shows promise.

Hiring my first hunter and jumping into a solo mission, I found this to be one of the most interesting and tense competitive shooters I’ve reviewed since PlayerUnknown’s Battlegrounds for a variety of reasons.

First off, the weaponry is outright archaic. The game’s historical cowboy-era setting means all the guns, knives, explosives and items at your disposal are pretty old-school; ammo is extremely limited. My first hunter went up against the demon hordes with a slow-firing bolt-action rifle, six-shooter revolver and switchblade knife, which didn’t achieve anything other than to annoy larger demons.

Second, there are a lot of monsters in each map and all of them do insane amounts of damage when they get up close – I’m talking three hits and you’re dead, even against a basic zombie. Unaware of this, I began the game with a gung-ho attitude, activated my Dark Sight and raced directly towards the nearest glowing blue clue – which just so happened to be located in a creepy barn surrounded by monsters.

Confident in my fighting skills, I gleefully popped the heads off a couple of stray zombies in the adjacent field. This was my first mistake. Within moments of firing my gun, I’d alerted pretty much every monster on the farm to my presence, and the hunter-prey dynamic was completely reversed. As it turns out, sound in Hunt: Showdown is key – all the monsters have absurdly good hearing. If you step on broken glass, or accidentally rattle some chains while creeping through one of the map’s many derelict buildings, they’ll start looking for you. 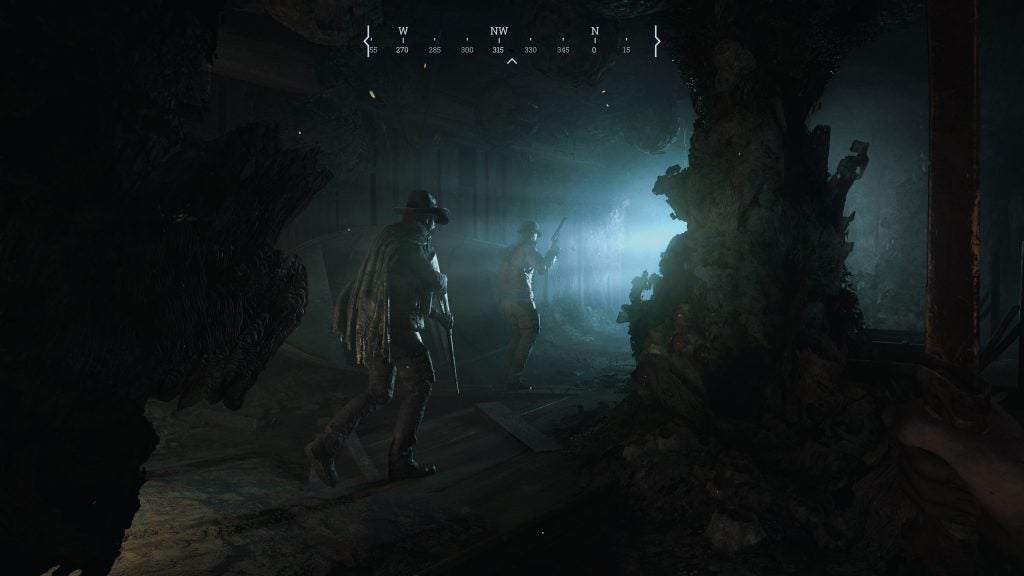 When you have ammo, this isn’t a huge problem – unless they appear en-masse. But if you’re running on empty, as I was after my opening mistake, it really ramps the tension and gives Hunt: Showdown a proper horror-movie vibe.

Progressing forward with nothing but my piddly pocket knife and whatever I could salvage for protection, I had no choice but to feebly hide – or run when met with a monster. Even then, despite my caution, I soon had my head blown off by a competing hunter when I finally made my way to the second clue and was unceremoniously dropped back to the menu screen.

It was here that I was treated to the final, and key, reason that Hunt: Showdown feels so tense – player deaths are permanent. In the game, if you die then your character’s bounty, weapons and items will all be lost. You retain only their experience, which feeds into your ‘Bloodline’.

Improving your Bloodline level unlocks new purchasable weapons, items and hunter abilities. As an added perk, you can also use the experience to improve a hired hunter’s attributes – although, if they die then the investment will be wasted; you don’t get the points back.

Early on, the perma-death didn’t really register as a threat. After all, I hadn’t invested any time or effort into any of the characters I was controlling. But after successfully completing my first bounty and investing some of that hard-earned bounty and experience in a hunter, it made the game PUBG-level tense. Turning every corner, I became aware of how easily my hunter could die and my investment lost. By the end, every gunshot in the distance made me jump with fear.

This was particularly true in matches with other more experienced players, who had fully embraced the player-vs-player elements and found ingenious ways to hunt humans, not monsters. Some experienced players stopped going directly to clues early on, instead choosing to camp in sniping positions around them, waiting for less-experienced teams to wander into their kill zone.

Others waited for the main bounty to be slain, then rushed to the exit location on the map, taking out the slayers and stealing their bounty before they had a chance to escape. Neither option is honourable, but they’re definitely effective. 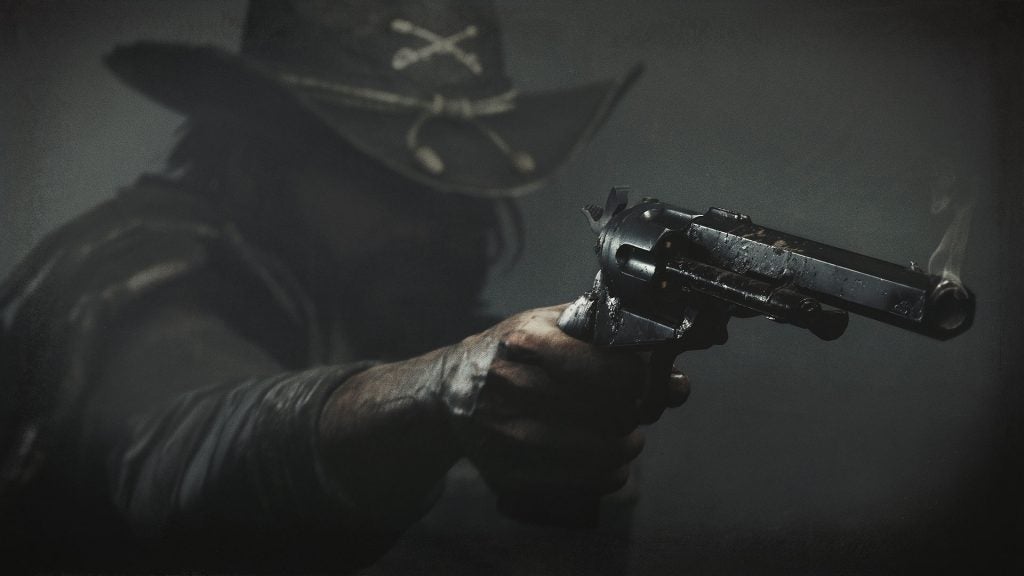 Crytek is investing much time and effort into improving the overall experience, which is just as well. In this early edition of the game, there are still plenty of rough patches and limitations that need to be addressed for the game to possibly reach classic status.

On June 21, the second major Hunt: Showdown update went live. This added some significant new features, the biggest of which is an upgrade to the Dark Sight ability.

As early adopters will testify, taking down the boss character and collecting the bounty doesn’t mean victory. Any surviving human hunters still have the opportunity to mow you down mercilessly as you head for the exit and claim the rewards for themselves. Putting in all that hard work, only to be sniped at the last possible moment, can be incredibly frustrating.

However, this recent update provides a significant advantage to any hunters who manage to take down the boss. As your target draws its final breath, you can activate Dark Sight and check out the exact positions of any remaining hunters – for a short time, at least. This allows you to spot any cheeky chancers lurking nearby and either deal with them or avoid them.

I’m happy to see any update that rewards fair play, although there’s no denying this feature slightly impacts the tension at the end of the game. Collecting the bounty is a painfully slow process, and we did so while keeping an eye on the shadows, in case someone popped out to scramble our brains with a sledgehammer. You’ll immediately become aware if someone is uncomfortably close, and therefore needs dealing with before you extract your well-deserved bounty. 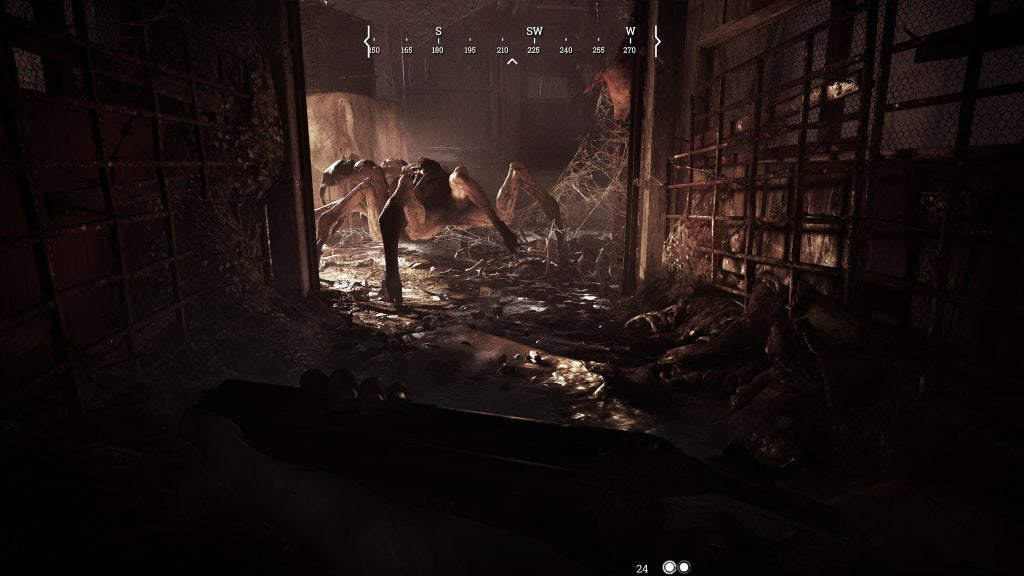 Other updates include the ability to add another player as a friend, with an in-game friends list planned for a future update. You can also now loot the dripping corpses of dead hunters, an essential ability since these frantic meetings can often leave your ammo bag empty.

Two new traits, Beastface and Tomahawk, also help. The first allows you to sneak more easily past animals (such as those pesky birds) without them getting in a flap and giving away your location. Tomahawk, meanwhile, provides the ability to throw the axe and sledgehammer at your opponents. The latter is definitely a great skill for those who want to play as stealthily as possible – and conserve ammo to boot.

You can even now pick up and lay down bear traps to mutilate monsters and fellow humans. A very effective and malicious weapon when used at building entrances.

The game is very much fun to play in this early incarnation, although there are still plenty of issues. Technically, it needs some love: long load times and server dropouts are the biggest problems right now. Thankfully, the graphical glitches are being worked on and Crytek promises CPU and GPU ooptimizationin the mid-to-long term, while loading times are being addressed too.

Steam controller support will be added in the long-term, which is a must for any living room gamers.

Gameplay is being refined all the time. Greater mission variety is one area that will be improved, to boost the number of missions and to add bonus mission objectives that can be optionally completed for bigger rewards.

New bosses are also promised in the long-term, which is a necessity. Only two bosses are currently available, which is already becoming stale. More maps are promised, too; right now, only one – admittedly, rather large – area is available for play.

Players will eventually have the option of choosing a female hunter as their playable character. Right now, it’s a bit of a sausage fest in the selection menu. As much as we love the old-school weapons, it would be refreshing to have a greater choice beyond the basic pistols, shotguns and rifles on offer. While it doesn’t look like we’ll get any new weapon types beyond the recently added crossbow, we’ve been promised some interesting variations on the current arsenal. Not to mention the ability to dual-wield. Tasty.

Interestingly, crafting is also going to be integrated into the game in the mid-term. This will provide the ability to manufacture your own ammo and resources as you progress through the game by looting and picking up ingredients.

You can grab Hunt: Showdown on early access from Steam right now. The game typically costs £26, although always keep an eye out for deals.

Planning on picking up a copy of Hunt Showdown? Let us know on Twitter or Facebook @TrustedReviews