Disney Plus UK: Disney’s answer to Netflix is now available in the UK. Here’s what you need to know about the newest video streaming service

Disney Plus launched March 24th, 2020. That’s the same day as Austria, Germany, Ireland, Italy, Spain and Switzerland. France’s release date was delayed due to the spread of the Covid-19 virus.

Previously Disney Plus launched in the US, Canada, Netherlands, Australia and New Zealand in November 2019. Europe (that includes the UK) has had to wait five months for the service.

Any existing DisneyLife users can open up a new account by downloading the Disney Plus app and signing. DisneyLife is running up until April 23rd, after which point it’ll close.

Related: Will Disney Plus replace Disney Life? Yes – here’s what you need to know

Disney Plus pricing and bundles

Related: How to sign up for the Disney Plus free trial

Viewers can download content on up to ten devices, as well as stream to four devices simultaneously. Disney Plus supports 4K HDR on compatible TVs – that’s HDR10 and Dolby Vision HDR, as well as Dolby Atmos audio.

Related: How to get Disney Plus on a smart TV

Disney has said content may differ from territory to territory. JustWatch has put together a detailed, easy to browse, library of what’s available.

In Plus’ first year, Disney aims to launch 25 original episodic series and more than 10 movie specials. Over 5000 TV episodes are available to view, with more than 500 films, 100 of which will be recent titles.

600 episodes of The Simpsons can be watched at launch. That’s most of the 700-strong episode catalogue, but presumably more recent episodes aren’t included.

Since Disney Plus’ launch, films and TV shows have been quietly removed from the service. This is due to legacy licensing agreements. Once those deals are up, content will head back to Disney Plus. When exactly Disney has not revealed.

Marvel is throwing its weight with a number of ‘original’ series. The first is Falcon and the Winter Soldier in 2020, with its six episode season arriving in August 2020.

WandaVision has been pushed forward from its 2021 berth to December 2020, and will also consist of 6 episodes. Loki remains pencilled in for an early 2021 release (also six episodes).

Falcon and the Winter Soldier will be a much more grounded take within the MCU, and picks up the threads from Civil War and Endgame, as Daniel Bruhl’s Zemo returns and Anthony Mackie takes on the Captain America mantle. There’s also Wyatt Russell’s John Walker to contend with, known to fans as the U.S. Agent.

Despite his death in Infinity War, Loki will be back This show follows on from his brief appearance in Avengers: Endgame and apparently sees him pinging through time and history. 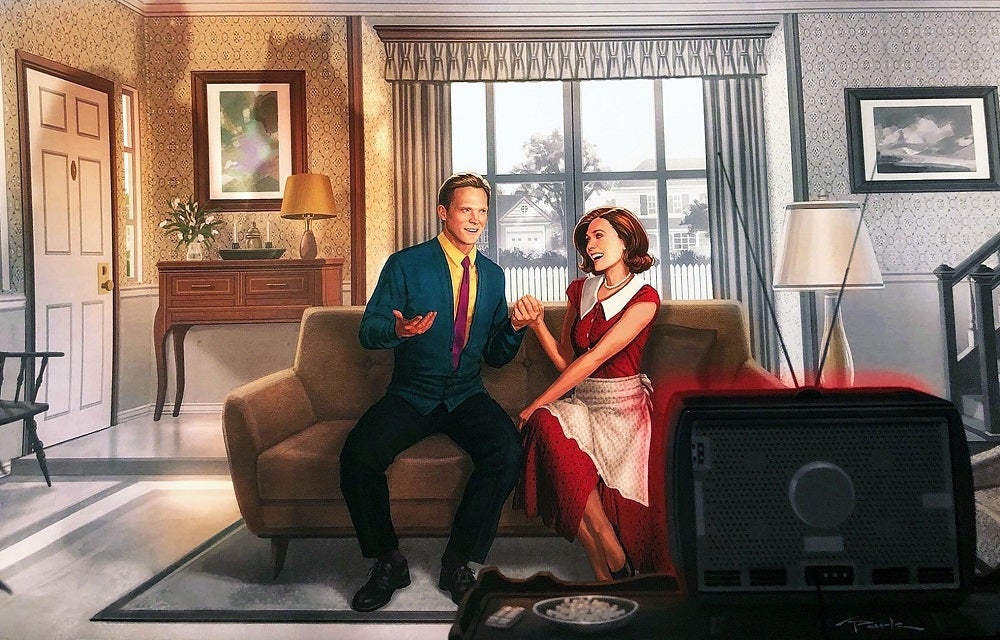 Elizabeth Olsen and Paul Bettany are back in WandaVision. Supporting them is Kathryn Hahn, Randall Park (Ant-Man and the Wasp), Emily VanCamp (Civil War) and Teyonah Paris, who plays Monica Rambeau, last seen in Captain Marvel. The events of both Loki and WandaVision are said to factor into Doctor Strange in the Multiverse of Madness which is released in 2021 (coronavirus withstanding).

Hawkeye, Ms Marvel, Moon Knight and She Hulk have been announced, but no release dates have been pencilled in.

Pedro Pascal is the man behind the Mandalorian mask, playing the titular gunfighter in the outer reaches of the galaxy. The series takes place five years after the end of Return of the Jedi. The series finished in the US last year, so March 24th will be the first time UK will get a look at how cute Baby Yoda is.

A chunk of Disney’s library and shows from National Geographic are available on the service. We’re expecting a fair chunk to be available in 4K HDR, while the rest are expected to be in HD.

20th Century Fox is no longer. Welcome (back) 20th Century instead. We know Avatar (in HD) and 600 episodes of the The Simpsons are on the service. It remains unlikely Deadpool, Die Hard and Logan will appear as Disney Plus is a family-focused service. In the US these films stream on Hulu, so perhaps we’ll see them on Sky Q or streaming services in the UK.

And there you have it. Disney Plus hits the UK on March 24th. Read here for our first impressions of the service.