BlizzCon 2018 is on right now and it’s already been a massive show. Trusted Reviews is in attendance reporting on all the latest news, announcements and potential surprises set to surface across the weekend.

Just like last year, BlizzCon 2018 celebrates all things Overwatch, World of Warcraft, Hearthstone and more as the studio is set to unveil a bunch of new content for its flagship titles.

We’ve compiled all the latest news and announcements for BlizzCon 2018 below!

BlizzCon 2018 – How to watch the opening ceremony

11:14 –Kicking things off a little different the pre-ceremony stream has announced that Destiny 2 is free for all Battle Net players until November 18th. And it’s yours forever!

11:17: Blizzard Entertainment co-founder Mike Morhaime takes to the stage for what is his last BlizzCon as company president. This is going to be a real emotional farewell.

11:21 – A new president will be taking the reigns at Blizzard Entertainment: J. Allen Brack, who has worked on World of Warcraft for over 12 years. No matter how you slice it, he’s a worthwhile replacement for sure.

11:30 – Esports is a pretty big deal at BlizzCon with an assortment of tournaments taking place across the event. Now it’s time to take a look at what it really takes to compete with the world’s greatest players.

11:33 – The announcements begin with an update on Starcraft 2, a franchise that celebrates its 20th anniversary this year. BlizzCon 2018 features a new co-op commander which will be playable on the show floor. More details will be unveiled on the Mythic Stage tomorrow!

11:35 – A new hero is coming to Heroes of the Storm in the form of Orphea. Now it’s time for a trailer showcasing the new character! The upcoming character is also free for all show attendees and Virtual Ticket holders.

11:43 – It’s World of Warcraft time with an update on Battle for Azeroth and Vanilla content going forward. Tides of Vengeance is the name of the new update, with public testing having started just over a month ago. Alliance and Horde will fight once again, as evident from all the screaming coming from the crowd.

11:46 – Blizzard is back again to talk about ice cream. Just kidding, it’s touching on World of Warcraft: Vanilla, and now it’s time for a progress update on the long-awaited and nostalgic adventure. Virtual Ticket holders can also download a demo to play at home. And now, it has a release window of Summer 2019. All players with an active WoW subscription will have access to World of Warcraft Classic when it launches.

11:50 – It’s time for “one more thing” before World of Warcraft leaves the stage. It’s time for a brand new Battle for Azeroth cinematic!

11:54 – After that epic trailer where the Horde and Alliance appear to team up for the first time ever, it’s time for an update on Hearthstone. Except they’re having a bit of mic trouble…

11:56 – Mic troubles have led to a change of plan as we transition to the Overwatch Arena with the one and only Jeff Kaplan. He’s proud of the Overwatch League and the huge strides Blizzard’s hero shooter has made in the past year including the Endorsement System and more. Now let’s get ready for some new reveals.

12:00 – It’s time for a new Overwatch animated short. Sit back and enjoy. This one focuses on everyone’s favourite cowboy: McCree. And we might have our first glimpse at a new character in the form of Ash, a badass lady wielding a shotgun.

12:07 – What a fantastic cinematic that was, introducing the Deadlock Gang and a mysterious robot who think is Echo from one of the original Overwatch concepts.

12:10 – Hero 29 is finally revealed. It’s Ashe, the leader of the Deadlock Gang from the animated short we just saw. Wielding a rifle, she also has dynamite and a smaller firearm that appears to stun enemies. Oh, and Bob, her Omnic friend, can come in as her ultimate ability. She looks amazing!

12:14 –  Here comes an unexpected remaster. Warcraft 3 is coming back and the crowd is going absolutely wild here at BlizzCon 2018. First debuting 16 years ago, the beloved classic will be coming next year, and a segment is also playable at BlizzCon today.

12:22 – Now that technical issues have been ironed out it’s time to jump back to Hearthstone for a glimpse at some new content. Considering the hiccup, Blizzard is taking things in their stride.

12:25 – The new expansion Rastakhan’s Rumble, announced with an absurdly catchy trailer filled with trolls joyfully duking it out. Now it’s time to look at some cards coming as part of the new Hearthstone content drop. You can pick up the expansion of December 4, 2018. Pre-purchase begins today.

12:33 – A new Diablo title is coming to mobile platforms, but Blizzard wants to stay true to its roots by putting gameplay at the core of the experience. It’s a fully-fledged action RPG you can play everywhere with everyone. Now it’s time for the first peek at Diablo on mobile.

12:37: Developed by NetEase Games, Diablo Immortal will explore over twenty years of untold stories that happened between the second and third installments. Now we catch our first glimpse at gameplay, and it looks really impressive. It’s pretty much what you know in a smaller, more condensed form.

12:42 – And that’s wrap, and yet another impressive showing from Blizzard. We’ll be going hands-on with plenty of stuff covered in the opening ceremony this weekend so be sure to stay locked to Trusted Reviews.

BlizzCon 2018 will take place from November 2 – 3 at the Anaheim Convention Centre in Anaheim, California. A full schedule of the weekend’s happenings is available on the BlizzCon 2018 website.

BlizzCon 2018 Virtual Ticket – Where can I buy it?

Just like last year, Blizzard is offering those who can’t attend the yearly showcase a chance to purchase a Virtual Ticket. This grants you access to digital rewards and online streaming of all available events currently planned in the schedule.

They are available to purchase now for £34.99/$49.99 and provide customers with the following content: A full schedule of the weekend’s happenings is available on the BlizzCon 2018 website. You can expect presentations on content coming to all the major titles alongside fun panels featuring experienced developers, voice actors and further insight into the world of Blizzard.

The BlizzCon 2018 goody bag is a lovely one, especially for dedicated fans of Blizzard Entertainment eager to indulge themselves in the company’s history. Coming in at £49.50/$55.

But what does it include? We’ve compiled the full list of BlizzCon 2018 goody bag contents below: 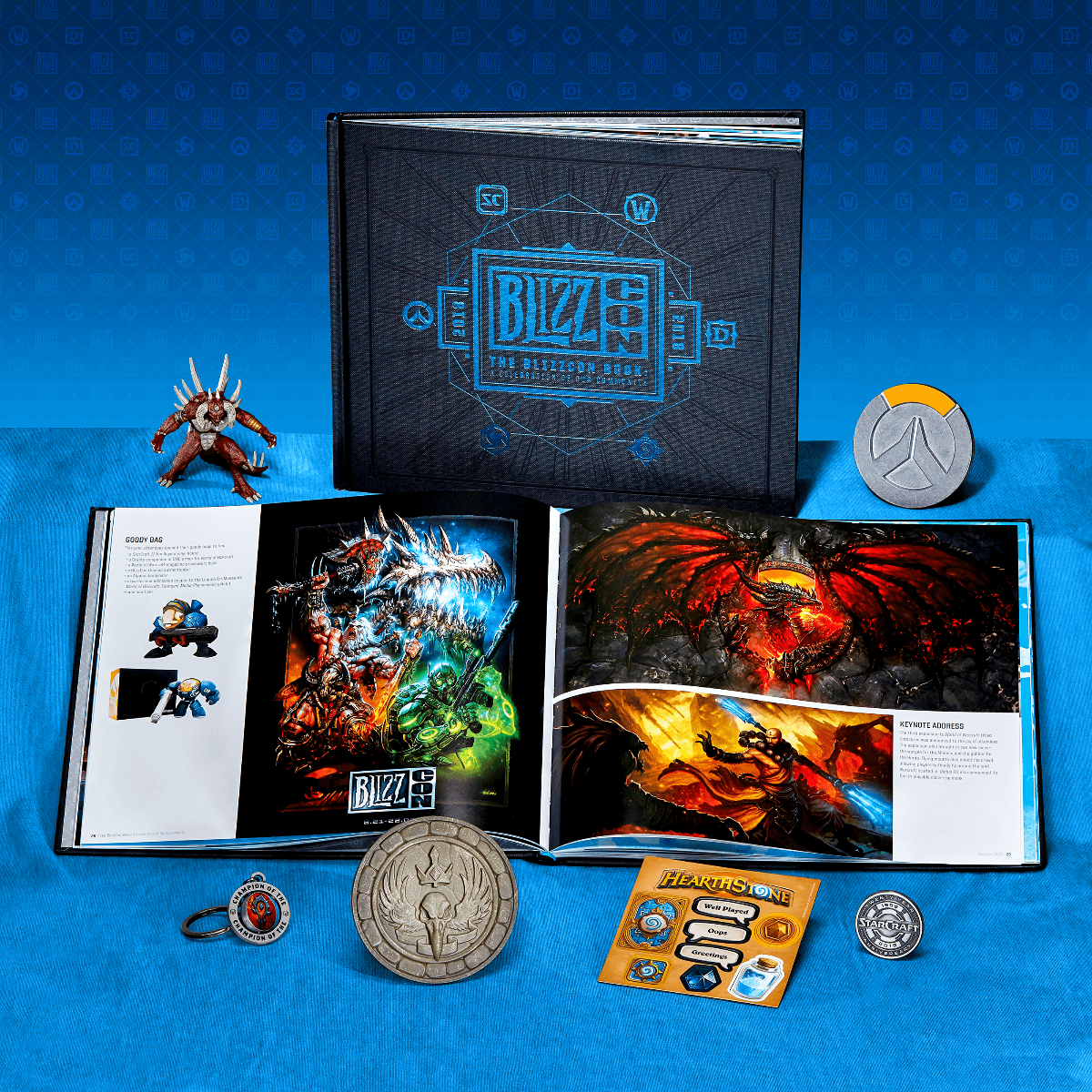 BlizzCon 2018 Virtual Rewards – What are they?

Holders of both physical and virtual tickets for BlizzCon 2018 will receive a code that grants them access to the following assortment of digital goodies:

Overwatch at BlizzCon 2018 – Ashe is our brand new hero

As we predicted, BlizzCon 2018 saw a brand new character introduced for Overwatch in the form of Ashe. The rebellious cowgirl wields a rifle known as ‘The Viper’ and is also capable of hurling dynamite at enemies before calling upon B.O.B, her deadly robotic companion. You can check out all the essential details and our hands-on preview here.

Hearthstone at BlizzCon 2018 – Yet another new expansion

Hearthstone is getting a new expansion in the form of Rastakhan’s Rumble. Featuring the long-awaited return of Trolls in the world of Hearthstone, it will be launching for the digital card game on December 4, 2018. 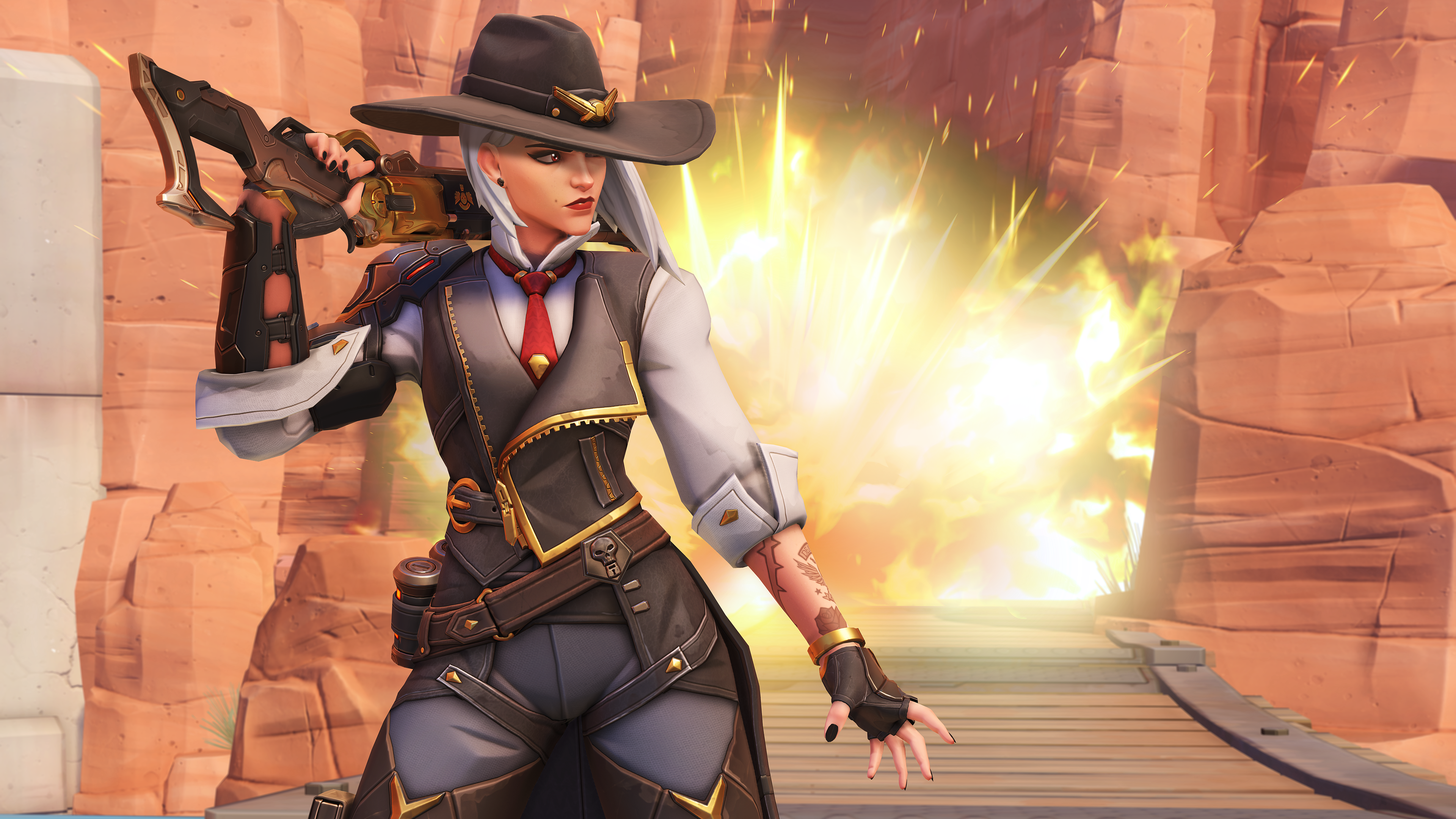 World of Warcraft at BlizzCon 2018 – Azeroth and Classic news!

The main focus for World of Warcraft at BlizzCon 2018 was an upcoming update for Battle for Azeroth in Tides of Vengeance. Already in its beta testing phase, owners of the well-received expansion are able to get their hands on the major narrative event. A specific release date is unconfirmed, but it looks pretty cool.

In other news, World of Warcraft: Classic has received some major new information in the form of a development pipeline and playable demo for attendees of the show and those in possession of a Virtual Ticket.

Diablo had quite an unusual time at BlizzCon 2018, and the biggest announcement certainly wasn’t something fans were expecting. Diablo Immortal is a mobile exclusive RPG developed by NetEase, and it’s coming to iOS and Android devices in 2019. We’ve played it, and aren’t sure its deserving of the royal backlash its received by fans.

The big reveal for Heroes of the Storm at BlizzCon 2018 is Orphea, an original character in the MOBA universe who will be free for all attendees of the show. She is the 83rd hero to join the online title and has quite an interesting story behind her:

“Rejecting the dark power her father had begun to consort with, Orphea tried to run away from the Raven Lord’s influence,” says her official bio. “But after witnessing King’s Crest fall to his machinations, she was convinced she needed to stand and fight. She now vows to protect the innocent — as a Hero of the Nexus.”

As for her release date, Orphea will be available in the next major update following BlizzCon 2018. We can’t wait to see her in action alongside all of the alternative skins.

Much like last year, BlizzCon 2018 will play host to an assortment of huge gaming tournaments across the week. All of which, obviously, focus on Blizzard’s own library of titles. We’ve compiled a complete list of all the planned events below, more detailed brackets and team information can be found here.

Are you excited for BlizzCon 2018? What are you hoping to see? Let us know on Facebook and Twitter @trustedreviews.