The BlizzCon 2018 opening ceremony is over and one of the biggest announcements was the reveal of Ashe, a new hero in Overwatch, and now we’ve had a chance to go hands-on for a few matches.

Unveiled through a new animated short known as ‘Reunion,’ Elizabeth Caledonia “Calamity” Ashe is a member of the Deadlock Gang and appears to have some history with McCree, as depicted in the short’s fearsome encounter.

Based in the United States, she’s a no-nonsense character in possession of a deadly rifle which can be fired both from the hip and directly down sights.

Having been born in a wealthy family, Ashe grew up a privileged girl until certain circumstances saw her fall into a life of theft and disorder.

You can see more of her backstory over on the Blizzard website, although she seems like yet another worthwhile addition to the growing shooter’s universe.

Overwatch Ashe release date – when is she coming out?

Blizzard Entertainment confirmed to Trusted Reviews at BlizzCon 2018 that Ashe will be rolling out on PC public test realm servers in the next week or so, with a planned launch of November 5th, although this is subject to change.

When its general release will take place across PC and consoles remains unknown, although we’ll update this page once we know more. Overwatch Ashe Gameplay Preview – What do we think?

After a few matches with Ashe, I’m already sold. She’s fast, responsive and incredibly malleable in the situations you can thrust her into and emerge victoriously. She feels like an unusual mixture of McCree and Widowmaker, wielding the latter’s talent for long-ranged combat while adopting McCree’s willingness to get up close and cause some trouble.

Wielding a rifle known as The Viper, Ashe’s primary form of attack is a powerhouse, and perhaps too powerful in the right hands. Being able to aim down sights with the press of a button allows you to target enemies from a distance, lining up headshots with little to no difficulty. She can also unload in close quarters due to how quickly a magazine can be spent.

The balance is incredibly satisfying. I found myself picking off Widowmaker from a distance before diving onto the point and going toe-to-toe with D.Va, tearing away her armour with a few rapid, well-timed shots. With a relatively small health limit, Ashe is still squishy and will die quickly if you’re careless. So, it’s often wise to play from a distance and pick your moments to dive in 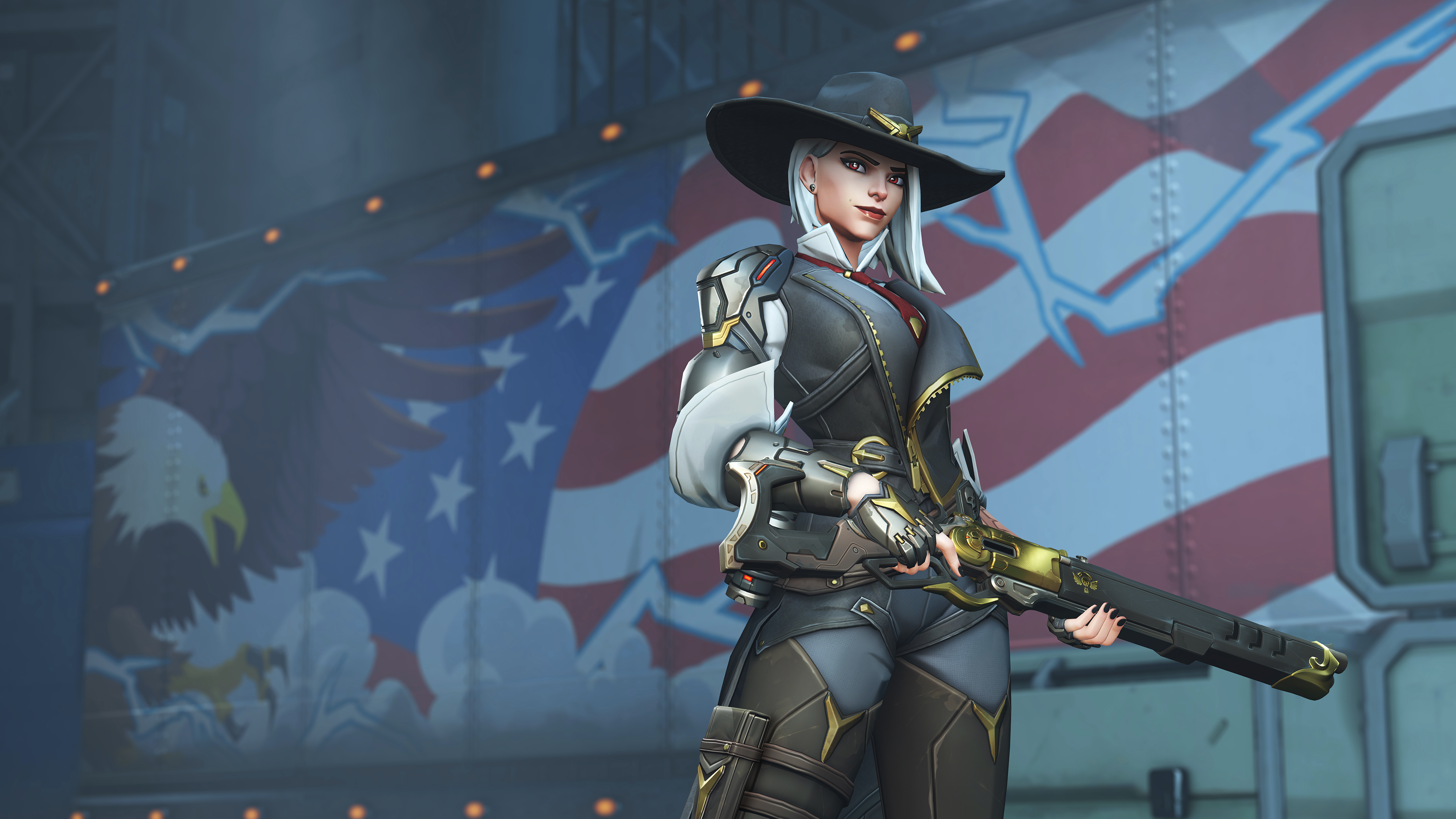 When things do get hairy, I found Ashe’s Coach Gun ability to be the perfect avenue of escape. Not only does it hurl a bundle of lead towards enemies and deal damage, but it also pushes Ashe back in the process for a boost of extra mobility. Even if you’re alone, it’s still a convenient mode of fluently moving across the map.

Dynamite is another devastating tool, acting as a grenade that is ideal for clearing characters from a point of payload. It detonates after a brief duration, damaging those nearby and setting those in direct line of fire alight. It’s easy to hurl and can go quite a distance if you aim it right. But once again, it can feel a bit too effective at times

Finally, you have her ultimate ability – B.O.B. Essentially a robotic butler who grew up with and cared for Ashe, he’s now a force to be reckoned with on the field of battle. The Omnic sidekick will spawn into battle upon activation and will knock foes into the air before unloading on them with his arm cannons.

After enemies are airborne they’re in a perfect position for a shot of your rifle, and they’re entirely powerless to stop any attacks that happen to connect. It’s a really neat finishing move, although can take a while to charge, especially for an offensive character encouraged to get into the thick of things.

I like everything about Ashe so far. Her outfit, personality, and repertoire of abilities are all cleverly designed and worked wonderfully in the existing framework of Overwatch.

As with all the heroes, there’s still some tuning to be done regarding the power of certain abilities and her viability once thrust into public play. That aside, Ashe is yet another excellent addition to Blizzard’s hero shooter. 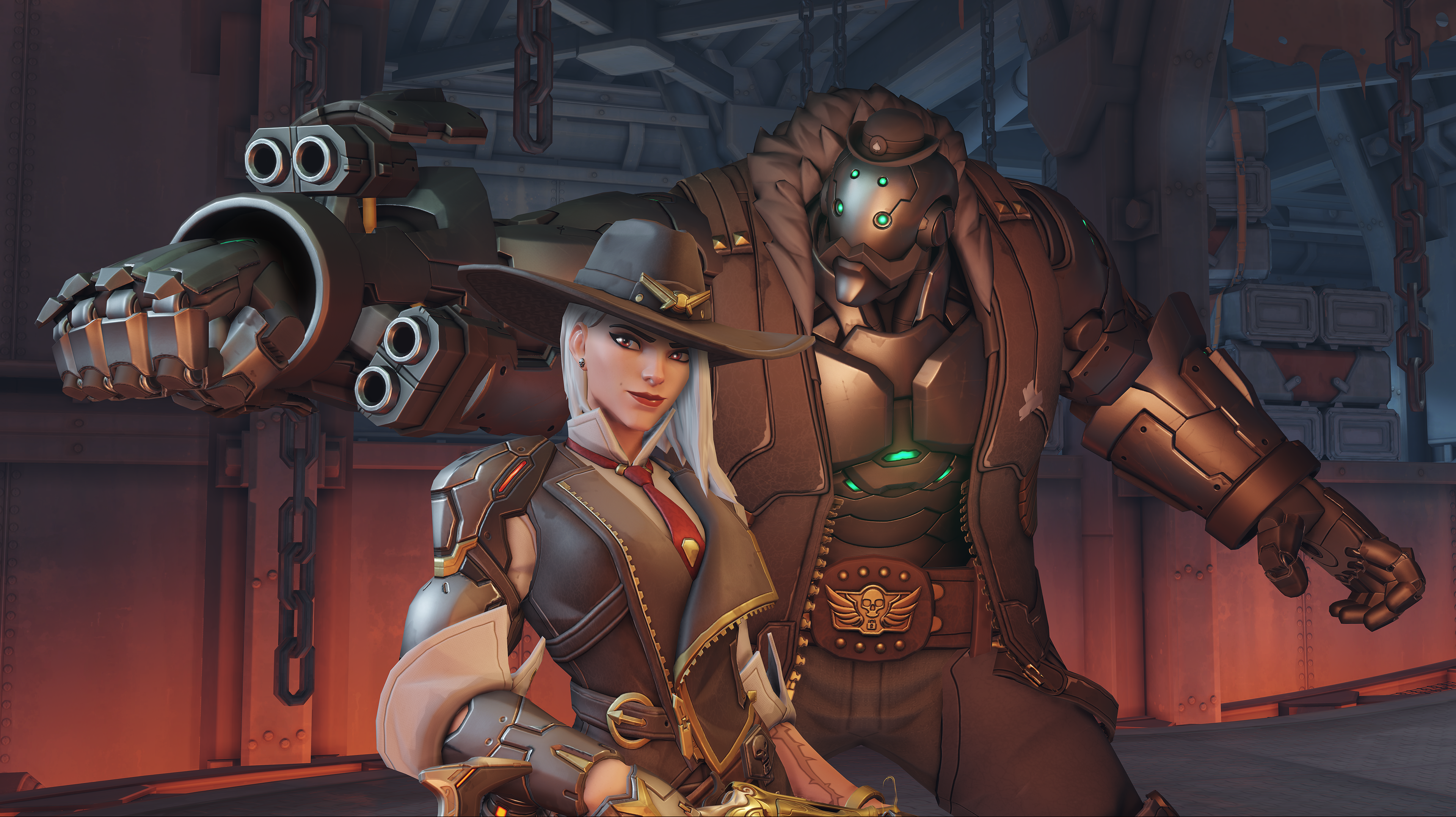 Overwatch Ashe abilities – what does she do?

You can check out the complete list of her abilities below. It’s worth noting that Ashe’s role is a damage hero.

Overwatch Ashe Trailer – How does she look?

You can watch both the latest animated short and Ashe’s gameplay debut below:

Are you excited to play as Ashe in Overwatch? Let us know on Facebook and Twitter @trustedreviews.