Available on PC and Mac

Multiplayer Online Battle Arena (MOBA) games can be pretty intimidating prospects. While their audiences – both those who play and/or watch them being played in tournaments – number in the millions, they rarely show up on the mainstream’s radar, and not just because they take a ton of time to master.

The heavy hitters in this genre – League Of Legends, Dota 2 and the like – are PC-bound, meaning that the console faithful hardly ever play them. They also rely very heavily on teamwork and, in a lot of instances, rage quitting isn’t an option – you’ll usually get reported by your teammates if you do.  Oh, and then there’s the small matter of having to get to know which role in a team suits you best and which characters in the game best compliment your playing style and their raft of abilities to boot – not to mention the in-game items it’s worth researching in order to properly augment them.

Heroes of the Storm, Blizzard’s first foray into this genre of gaming, removes a lot of the factors most players find intimidating, but at something of a cost. Players who are already MOBA aficionados may turn up their nose at Heroes of the Storm as it sacrifices some of the depth they’re used to, but players who have always shied away from this genre of game may find it’s their best entry point. Think of it as ‘baby’s first MOBA’ and you’re starting to get the idea.

See also: Heroes of the Storm Tips and Tricks 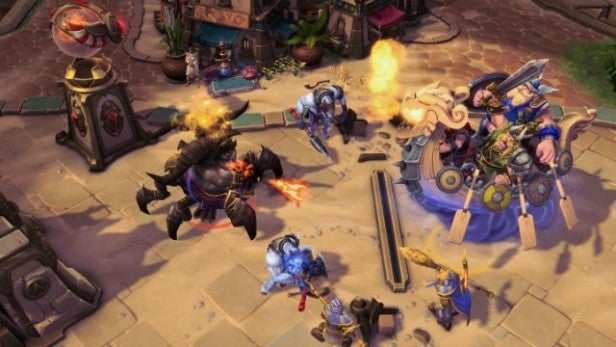 If you’ve never played a MOBA before, here’s what you can expect. You control a character that has a specific role on the battlefield – Warrior, Medic, Ranged Assassin or Specialist – and you’re placed in a team with four other players. The battlefield itself is split over three lanes and each team has a main fort – or Nexus in this case. The team that manages to destroy their opposing team’s Nexus wins the match. While both teams battle it out, each of the forts spawn three streams of AI bots that trundle down each lane attacking enemy fortifications and Heroes.

Players level up their Heroes over the course of a match by blasting fortifications, AI bots and other Heroes and accomplishing side-quests and map objectives. It’s this last aspect that pretty much defines Heroes of the Storm as every map – or Battlegrounds in this case – has a timed objective that can turn the tide of battle in the favour the first team that accomplishes it. 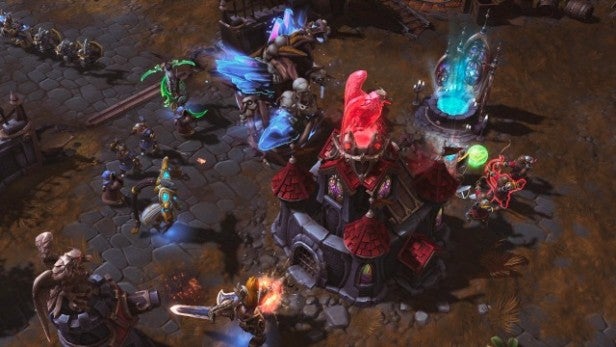 In The Haunted Mines Battleground, for example, occasionally a sub-map of mines becomes active and players are encouraged to venture underground and kill golems to gather glowing skulls. Once all of the skulls available have been collected, giant golems on both sides of the map (fighting for both teams) become active and their strength and stamina depend on how many skulls your team has collected. In The Dragon Shire Battleground a pair of shrines become active and once a team controls both of them – by driving their opponents away – they activate a shrine at the centre of the map, where one team member can take control of a Dragon, which makes bashing through fortifications a lot easier.

In all of these instances, teams are faced with a choice: do they head for the map objective or sustain their attacks on their enemies’ forts? In some instances, breaking off an attack – particularly if you’ve managed to break in behind your enemies’ flanks and expose their Nexus – can see the tide of battle turn against you. Then again, not doing so can cede your enemies a crucial advantage. 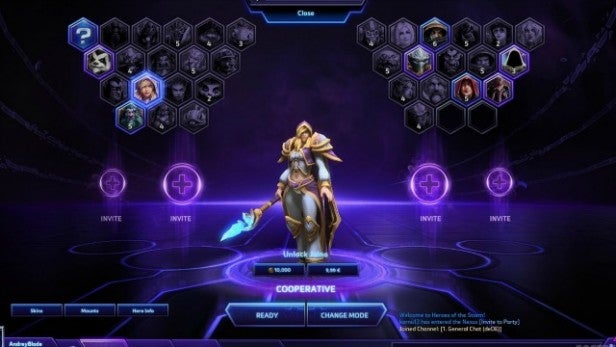 Victory in a lot of instances can boil down to knowing when to press an advantage. Players can also attack Mercenary camps – which give them control of tougher AI bots – to bolster their attacks. The other aspect that can make or break your efforts in Heroes of the Storm is teamwork and this can’t be stressed enough; if you’re a lone wolf don’t bother with this game as you won’t have fun and you’ll probably just end up pissing a lot of other players off.

The experience of playing Heroes of the Storm can be broken into three stages. You start off by being yelled at by other players. As you learn the ropes your teammates will have the tendency to tell you off for trundling off on your own and leaving them short-handed and hurl abuse if you let the team down. As you start to get a feel for the game, you’ll probably find yourself yelling at other players in much the same manner as you were first admonished.

This second stage will be fraught with frustration as you note new players will have the same teamwork teething problems you did. Finally, you’ll enter into a Zen-like state in which you’ll try and advise new players, but if they don’t listen, you’ll relax and realise that you can still be a pest to the opposing team by focusing your attacks and activating Merc Camps. In the end, even if you lose, you still level up your main pool of XP.

Of course, all of that can be avoided if you play with mates, but if that option isn’t available you’re stuck in Quickmatch Mode until you have the requirements to enter the Hero League Mode. Quickmatch is both a blessing and a curse. While it’s useful for players who want to get a feel for the game and learn the advantages in each map, it also can lead to mismatched battles. 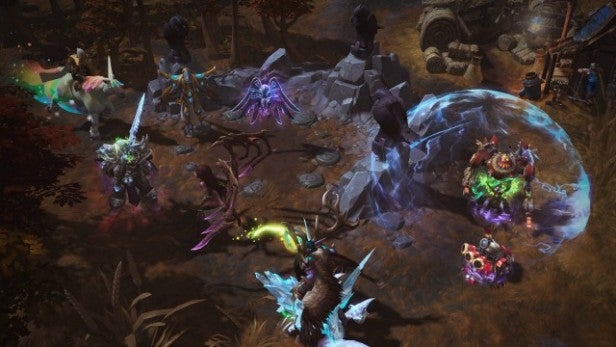 Head into Quickmatch and it tends to team you up with whoever happens to be around at the time. You won’t land on a team with two players playing the same Hero, but you may wind up in a team with too many Support characters – or not enough of them. If your opponents have a more balanced team than you do, you’re usually stuffed unless you and your teammates are very good at this game – and since Blizzard has made every effort to accommodate players of all skill levels, that’s harder to be than it sounds.

Since you can’t enter the Hero League until your main XP pool reaches Level 30, you have no choice but to grind away in Quickmatch for an awfully long time. You can shave minutes off that experience by forking over money for Stim Packs, which increase the amounts of XP you earn, but it’s still a lengthy process. Once you reach Level 30, however, you still need to own 10 Heroes in order to gain access to Hero League, and this last requirement may put a lot of players’ noses out of joint. 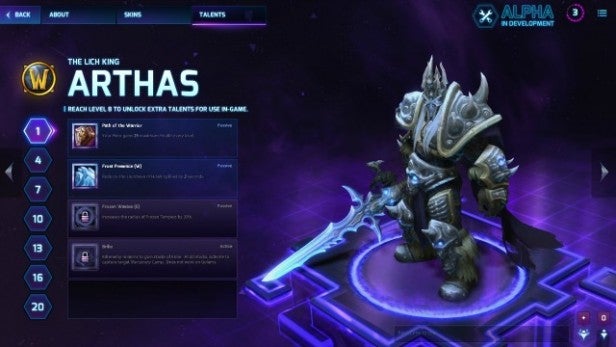 The reason for this is that, while the game is Free-To-Play, and you’re also free to try out Heroes in the in-game Shop, you have to pay for most of your Heroes – and wouldn’t you know it, a lot of the most popular Heroes, such as Diablo, Raynor and Zeratul cost quite a bit. It’s possible to buy Heroes without opening your wallet – you can grind away and earn in-game gold – but that takes an awful long time. Most players will eventually cave and hand over some real-world cash.

But is that really all that insidious? After all, one could argue that the business model in Heroes of the Storm isn’t all that different from Hearthstone’s and last time we checked, the audience numbers for that game were 30 million and climbing. In-app purchases exist in most MOBAs, but some may take issue with the fact that Blizzard has decided to bar one of the main modes in Heroes of the Storm unless you effectively pay for it.

We didn’t and so we haven’t managed to assess the experience in the Hero League – which is why the score at the top of the review is provisional. We will be updating it later in the month once we’ve ground our way to Level 30.

Verdict
In the meantime, in spite of its drawbacks and streamlining we would cautiously recommend Heroes of the Storm. You may not find it comes up to snuff if you’re an League of Legends or Dota 2 veteran, but if you’ve never played a MOBA and you want to know what all of the fuss is about, Blizzard’s new game may be your best introduction.