War! What is it good for? Revitalising an MMO that’s been around for a significant chunk of the decade, that’s what. Battle for Azeroth is World of Warcraft’s 7th expansion pack, and a key reminder that the game has no sign of slowing down anytime soon. It feels like a lifetime since I first started playing World of Warcraft, and so far Battle for Azeroth has shown me why I keep going back for more.

Remember the good old days when the game was all about the battle between the Horde and Alliance? Battle for Azeroth is a return to that. It’s a little smaller than other expansion packs but it crams a fair amount into that restricted space.

Each faction offers up three new zones to explore. Sure, it’s more limited than what we’re used to, but quality is the important thing here. Distinctive enough, you’ll soon find yourself wanting to play through things twice – once as the Horde and once as the Alliance. That’s a rare thing to feel indeed.

Lore-wise, the trust that was once tentatively there between the two factions has been eroded due to the events of previous expansion pack, Legion. Honestly, it’s a little convoluted if, like me, you don’t have a photographic memory of every single quest and event you’ve witnessed over the past 13-14 years. However, Battle for Azeroth eases you in; it isn’t essential to know every single fine detail of what’s gone before. 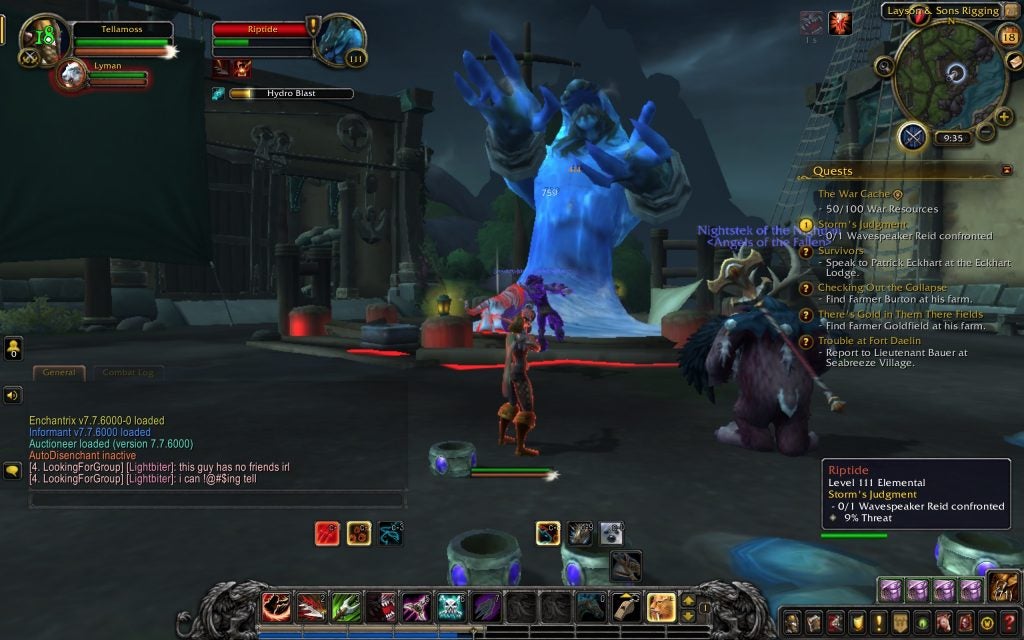 I took the Alliance route initially, partaking in the Battle for Lordaeron scenario. It lasts about 25 minutes and has you and 19 other players battling it out in a simplistic raid situation. It isn’t hard by any means, but there’s that neat sense of scale that gives you the feeling of becoming something bigger than anything you’ve done before.

In particular, if you’re more of an explorer than a raider then this will provide a good understanding as to why some players are so hooked on raiding.

If you’re an anti-social player, then you don’t have to worry too much. In no time, things change up to a more individual experience. There’s a room for a simple prison-break quest that’s more akin to something you’d see in a single-player game, then things kick off properly with the arrival of the Heart of Azeroth.

It’s an amulet that links up with special armour pieces in order to provide new abilities. Opening things up to a special new form of levelling up, you acquire Azerite (a new material for Warcraft) that powers both the necklace and the armour that ties into it.

Currently, it sounds a bit more exciting than it is. That’s because in reality, the new abilities are fairly run of the mill. Things like a reduction in cooldown periods for using your regular abilities are just some of the not so gripping changes.

However, there’s no denying that the potential here is vast. If nothing else, your stats see a strong boost early on (even more so if you’re not prepared for raiding) and it will be interesting to see what the future holds for such a concept. It’s possible to re-spec your choices at a hub city, which suggests that more changes are afoot.

The new hub city is wondrously gorgeous – even if you’re struggling on a low-spec system. Recent improvements to the game engine have ensured this is a game that continues to run well on pretty much any PC or Mac going. 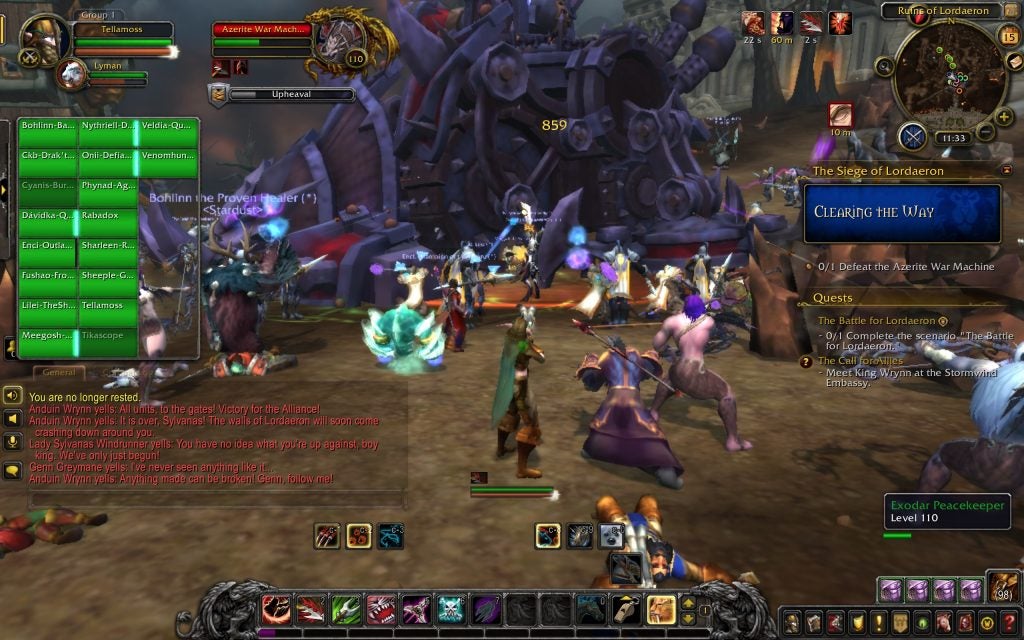 Demonstrating how far Blizzard has come since it created the likes of Stormwind and Orgrimmar, you’ll be in awe of how delightful an experience it is exploring the likes of Boralus, Tiragarde Sound, and Zuldazar. Bustling hives of activities with entertaining nooks and crannies to poke around in, it will remind you of those early days of exploring Ironforge, while at the same time feel fresh and more modern than anything you’ve experienced before.

And that’s kind of the beauty of Battle for Azeroth. It does a magnificent job of making things feel exciting again, thereby encouraging you to keep going back for more.

Once the initial excitement fades, you’d be forgiven for thinking it’s back to usual. You’ll be filling up your quest log with the usual fetch quests, then suddenly something will turn a little more exciting – usually taking the form of an amusing storyline. It requires you to pay attention to the dialogue, of course, something that not everyone will do, but it’s worth the effort. It feels less like a grind when the grind is genuinely entertaining.

There are other tweaks and additions, too, which go some way to changing the overall World of Warcraft experience. The best one being the removal of PvP servers. Instead, you can now toggle PvP to work anywhere. By doing so, the experience you gain is increased by 10%, proving a huge help when levelling up.

Alongside, you can unlock PvP talents to use in the general world rather than simply in PvP arenas. It’s an important move in a game that, ultimately, expects players to go from level 1 to 120 these days, and makes a bit of a difference. 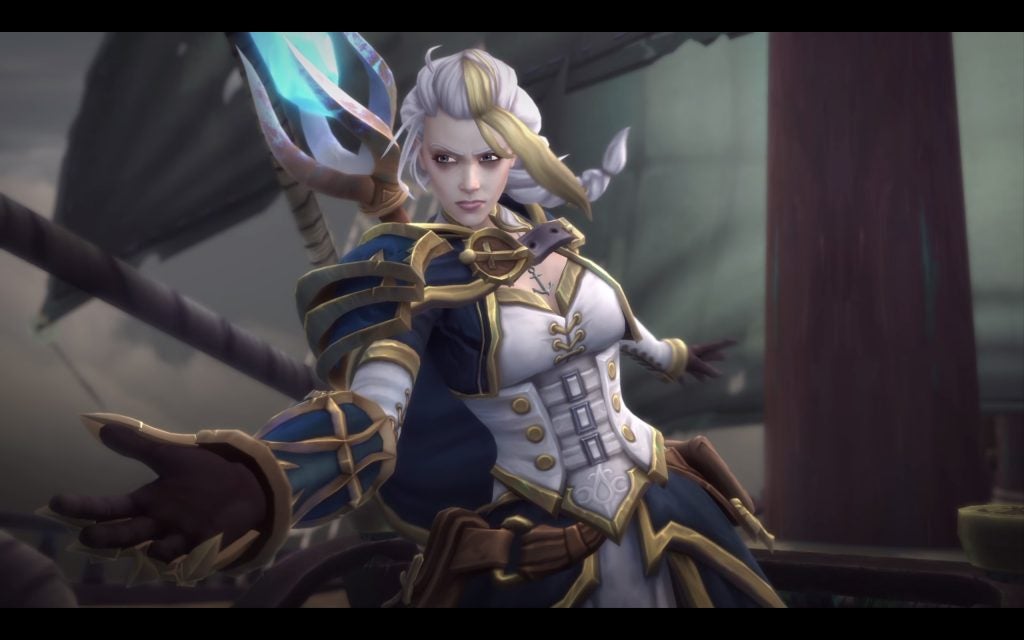 Best of all? It has the potential to be a lot of fun. It introduces a sense of danger when you’re exploring a ‘neutral’ zone, where you’re likely to come across players of a different faction. Zone scaling already made things feel a little busier around Azeroth, with players returning to forgotten areas, knowing they could gain experience once more. Being able to fight it out with the opposing faction just makes things feel more, well, MMO-like than they have in a long while.

There are other additions, too. Besides multiple extra dungeons, there are island expeditions where you’re part of a three-person team attempting to gather Azerite to power your necklace. Because, yup, Azerite is a pretty big deal here.

Soon will come the inclusion of the raid-style Warfronts mode, too.

Predictably, as is always the way with an MMO, this is very early days for Battle for Azeroth. There’s a world of promise here, and scratching the surface will quickly draw you in.

I can’t imagine an active Warcraft player not buying in – but if you’ve lapsed? Well, there’s a whole new world to check out. And it’s truly gorgeous. It’s a good time to head back.