What is the ZTE Open C?

The ZTE Open C is a Firefox OS phone. At £70 it’s one of the cheaper smartphones out there, and getting smart connectivity into the hands of people who can’t afford a Galaxy S5 is what Firefox OS is all about.

However, most of you will be better off with a low-cost Android phone. 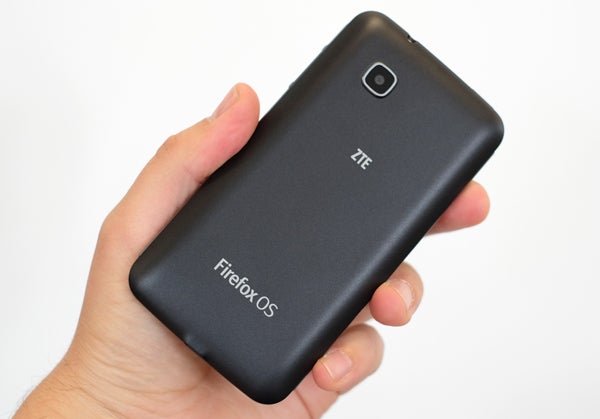 The ZTE Open C is a pretty dull-looking phone. A slightly metallic dark grey hunk of plastic, it’s what we expect an ultra-budget phone to look like – low on personality, but perfectly fine in practical terms.

At 10.8mm thick, the ZTE Open C isn’t exactly slim. But as it has a 4-inch screen (pretty small by 2014 standards), it is small enough to operate in one hand with no problems. There’s a slight soft touch finish to the back too, which feels a good deal better than a glossy plastic mobile.

Ergonomically it’s otherwise nothing special, though. The silvery sides have prominent seams, giving the ZTE Open C a less smooth feel than something like the Nokia Lumia 630. 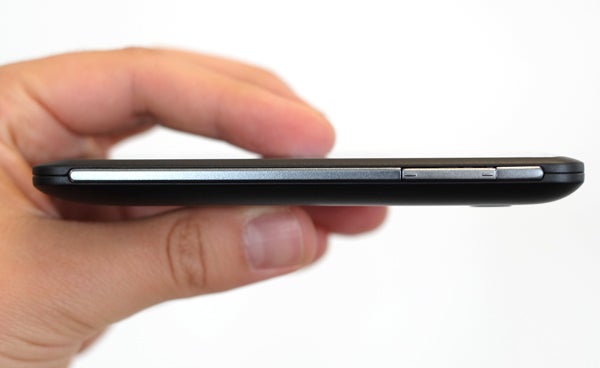 Its screen too is pretty uninspiring, which is no surprise in a phone that sells for well under £100. Rather than the IPS type of display used in most phones, the ZTE Open C has a TN-type display – the kind used in the majority of non-premium laptops.

The biggest difference is that TN offers much poorer viewing angles. Tilt the ZTE Open C display down and it becomes cast in shadow thanks to something known as contrast shift. It’s not pretty, but only affects the phone in one direction. You can tilt the Open C left and right freely – what’s on screen will still be visible. 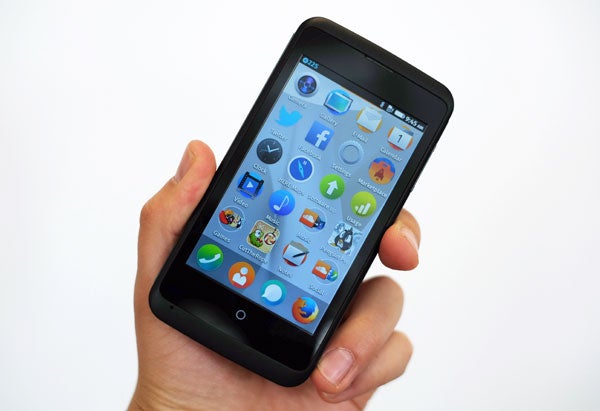 The screen also suffers from pretty bad lag by current standards, which means that when you flick through high-contrast menus quickly, text will leave trails across the screen. There’s no mistaking this for anything but a fairly low-end display.

General image quality is passable, but nothing more. 800 x 480 pixels isn’t enough to appear super-sharp, but then no phone at the £70 mark does much better yet. The closest phone to offer significantly better image quality is the Motorola Moto E, which costs £80. It has an IPS screen and higher display resolution. We think the screen quality improvement alone is worth the £10-20, but then if you’re looking at this mobile it is likely £10 means a lot to you.

The ZTE Open C is one of just a few phones we’ve reviewed to use the Firefox OS. It’s a system made by Mozilla designed to bring smartphone features to markets that have to date been dominated by feature phones. We’re talking about countries like Mexico, Brazil and Poland, but you can also buy some Firefox phones in the UK. Like this one.

Firefox OS is a system based on HTML5, the language used to code much of the web today. The ZTE Open C blurs the line between apps and websites. If you’re used to other smartphone platforms like Android it takes a bit of getting used to.

You get homescreens in the ZTE Open C, which is where you keep your apps, but to the left of these is another screen. You can bung apps on It if you like, but its main agenda is web searching. Type in a term and Firefox OS will find you all sorts of web results, but it displays them as what look like app icons, rather than the standard text-based web results. 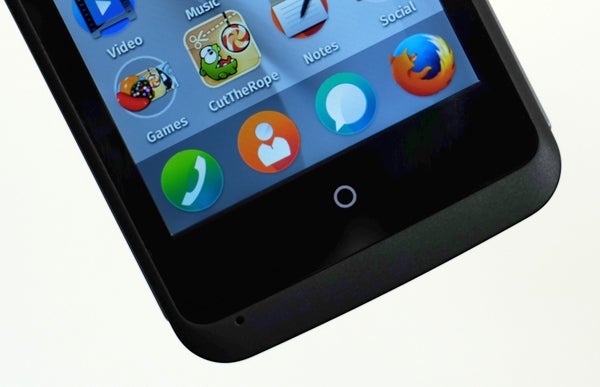 Still, for the most part Firefox OS looks quite familiar. Normal app icons look much like they do on Android or iOS, and there’s a static app tray at the bottom of the screen – you can choose what goes in it.

There are some clear signs that this is a pretty young operating system compared to Android, though. Performance is inconsistent, even though this is not one of the cheapest, lowest-spec Firefox OS phones around.

The ZTE Open C seems to cycle between being fast and suffering from lag pretty much anywhere you go, and most apps take a little while to load. There’s also quite a lot of slow-down in games, even casual ones. For example, Cut the Rope slows down a lot throughout, even though it wouldn’t challenge most entry-level Androids.

This too is inconsistent, though, suggesting it may be down to memory management. Given that we received a couple of updates in out testing time, it’s clearly being worked on proactively.

Try to flick quickly through websites and you’ll sometimes notice a bit of delay in the rendering of pages. Nothing major, but enough to make you notice if you’ll be downgrading from a snappier phone (if this is your backup, for example). What is more of an impediment to browsing is the low screen resolution – zoomed-out text looks seriously blocky.

Both Firefox OS and the ZTE Open C need patience. Firefox OS feels like a system that is not fully optimised yet, and we noticed many more bugs than we’d see in a decent Android phone. For example, at one point the phone kept on firing out inexplicable ‘channel 50’ notifications every minute, requiring a full system flush to fix. And, for some reason, the system update pop-up is written in Spanish.

Firefox OS has been around for more than a year, but it still feels very wobbly in the ZTE Open C.