Should you sail away with Jolla?

Jolla is a very interesting mobile company. It has its own OS – Sailfish – and has now produced its own phone.

The Jolla phone is available to buy now from Jolla’s online store. It costs 400 Euros, so we decided to give them a visit at MWC 2014 to see whether it’s worth considering over an Android alternative like the Google Nexus 5. 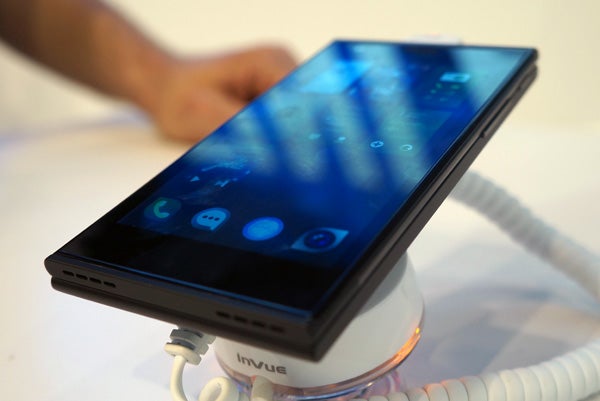 The Jolla Phone offers a few eye-catching hardware elements, but software is the most important element. It runs Sailfish OS, an open-source operating system that has its roots in the dead MeeGo system, seen many moons ago in the Nokia N9.

It’s an unusual system that feels completely different to use compared to Android and iOS. I found it much closer to BlackBerry 10, but with a less stuffy look. 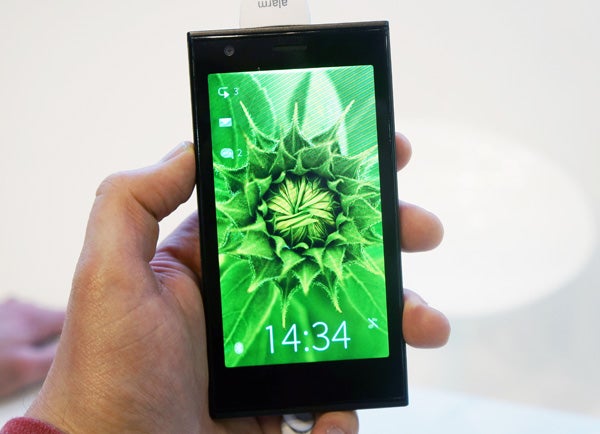 Sailfish relies heavily on swipe gestures, rather than persistent buttons or even interface elements that are clearly labelled with their function. It’s the sort of system that’s bound to be called ‘organic’, but it will also take a little getting used to. Navigation does make sense, but only once you’ve learned the basic rules of the system.

I could go exactly into how you navigate, but it would result in confusion or boredom. Probably both. But it does have multi-tasking, a simple apps menu and an easy-to-access notifications system – all smartphone essentials. 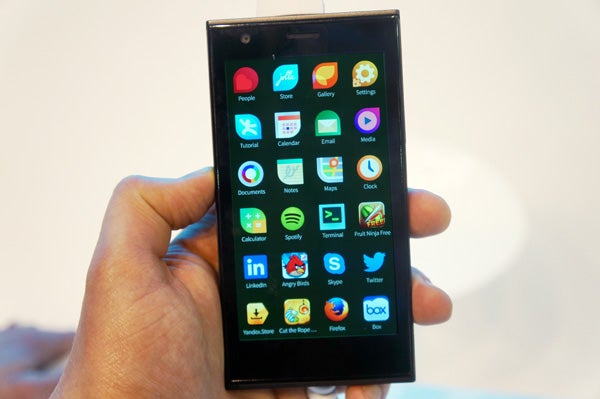 However, after playing with it for 15 minutes, I was beginning to undertand its appeal. Its movements are more fluid than Android, it looks good and it is clearly a system that has been worked on over a significant period time – not one Jolla has simply knocked-up over the last six months.

Jolla’s spokesperson explained that Sailfish also has a strongly community-led development. New features are upvoted by Sailfish users online, and the ‘most wanted’ extras are then put onto the roadmap. I was told that it led to the camera app going from offering minimal control to the following pretty extensive settings pad: 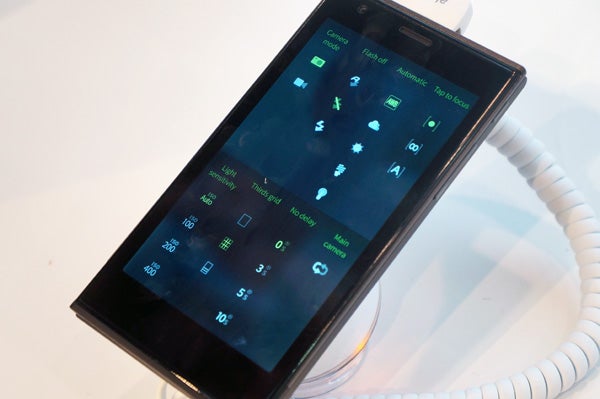 Once concern here is that it means Sailfish development is likely to be overly affected by the opinions of the ultra-vocal, ultra-geeky online elite, which may become a problem if Jolla wants to go mainstream.

However, it has one thing that gives it a pretty good headstart: Android app support. Sailfish natively supports Android apps, and the Jolla phone comes with the popular Yandex third-party app store pre-installed. 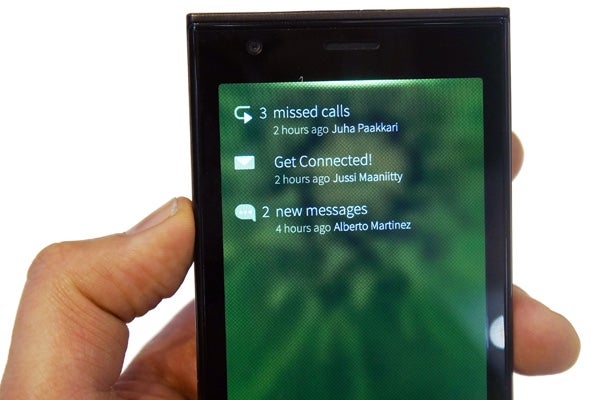 Sailfish has bags of promise, and the Jolla Phone’s hardware is interesting too. Its design is quite unusual.

There’s a ridge along the side of the Jolla Phone, splitting it into two bits. The top-most one that forms the screen surround is anodised aluminium and, in the handset we tried, the back was plastic. Jolla says that lots of other rears are planned – including metal ones – and that the phone will be able to tell which you’re using and customise things like the wallpaper to suit. At present a handful of coloured rear plates are available already. 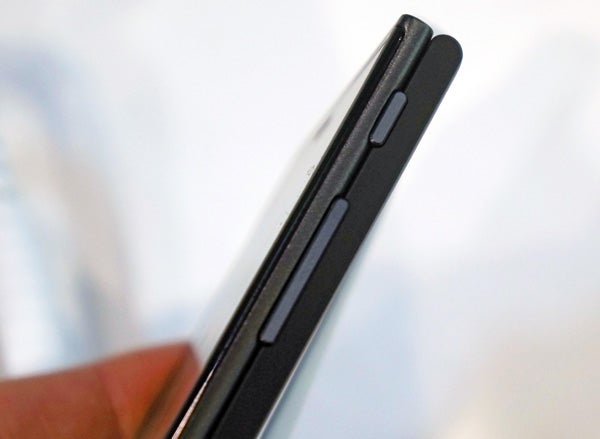 A ridged side doesn’t give the smoothest feel in-hand, but the 4.5-inch screen ensures it’s a phone that’s easy to use in one hand. This is particularly important when the interface requires lots of swiping from the edge of each side of the screen.

Core hardware specs are not all that competitive with rival Androids considering the 400 Euro price, but that’s no surprise given the scale of this enterprise is much smaller than something like the Galaxy S5. And making/selling fewer generally means each phone costs more to produce.

The screen is qHD resolution, where we would ideally like to see 720p on a screen this size. However, the Sailfish OS doesn’t make the slight pixel paucity too apparent. We imagine it may become more of an issue when, for example, browsing the web.

Other specs include an 8-megapixel camera with an LED flash, 1GB of RAM and a dual-core 1.4GHz Snapdragon CPU. You get 16GB of storage, and there’s a microSD card slot under the rear cover. None of these are particularly high-end specs, but you do get 4G mobile internet and you do have to accept you’re paying a little more for something very different from the norm with a Jolla phone. 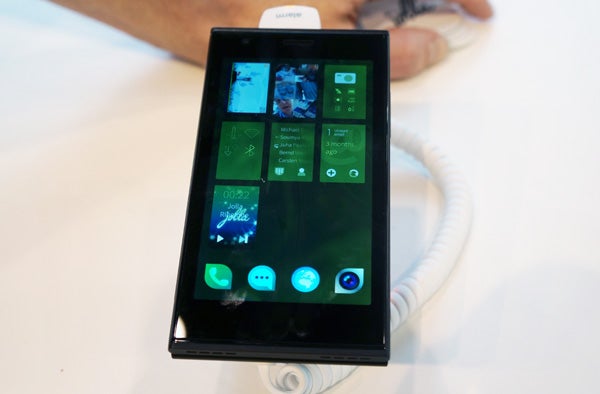 If you’re out for a bargain phone, the Jolla Phone is not it. You also need to be prepared to bed into the way Sailfish OS works. However, what we have here is a phone that’s genuinely different, from a company that has an unusual, small-scale approach to the mobile business. And the software doesn’t feel like a terrible poor relation compared with systems that have far, far more backing – Android, iOS, Windows Phone and even BlackBerry. If you want something different this is worth checking out.

Next, read our initial look at the Sailfish OS