What is the ZTE Open?

The ZTE Open is the first Firefox OS phone to be readily available in the UK. As we reported a few months ago, ZTE has taken the unusual step of selling it via eBay, and at the princely sum of £59.99 contract free. It’s a tempting proposition if you’re limited on funds, or just fancy trying out the first mobile operating system from open Internet evangelists Mozilla. 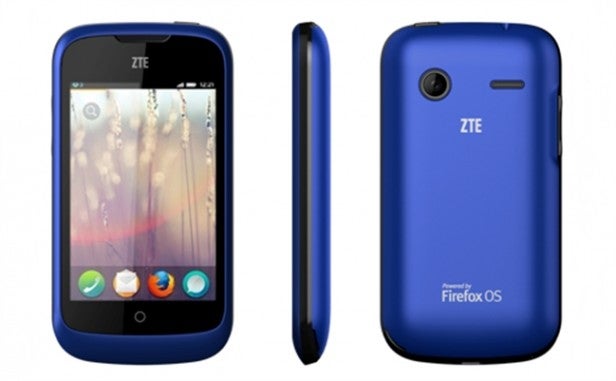 The ZTE Open is very much an entry-level handset. Its appearance is reminiscent of the HTC Wildfire, although our sample is considerably more orange. There is a blue version available too, but ZTE is currently only selling the orange one in the UK. The power button and 3.5-inch jack are on the top, the volume rocker is on the side, and the MicroUSB port is on the bottom, so pretty standard smartphone fare. 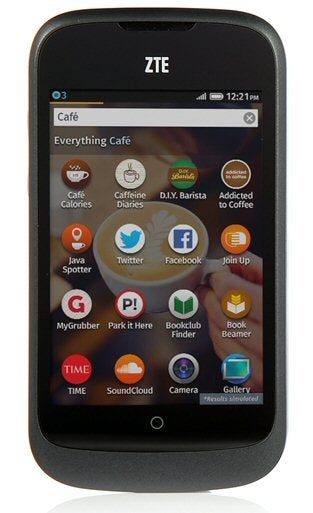 Apart from these features and the single touch button below the screen, which acts as a home button as it does on an iPhone, every other function works via the touchscreen. Pressing power on the top wakes up the screen, and then a swipe up reveals icons to start the camera or fully unlock the phone.

The main interface sits somewhere between Android and the iPhone, with screens you can swipe between. You can also swipe down to see any notifications, with a selection of common settings along the bottom, including Wi-Fi, Bluetooth, airplane mode and access to the full settings page.

The main screen simply houses a clock, and the right-hand screens contain icon grids of the apps you have installed, in a similar fashion to the iPhone. The left-hand screen, however, contains an innovative smart search facility called Everything.

This is essentially a searchable compendium of mobile-optimised websites. It’s almost a portal, with for example the Social section giving you access to Facebook, Twitter, Google Plus, Instagram, Myspace, LinkedIn and so on. You feel like you are using dedicated apps, but these are all the mobile sites for these services.

The screen is not a particular strong point for the ZTE Open. Our comparison with the HTC Wildfire wasn’t just about looks; this phone also only sports a 320 x 480-resolution 3.5-inch screen.

Viewing angles are on the poor side, and it’s not the brightest or most colourful screen either, but it’s adequate for watching the occasional kitten-related online video, with the speaker loud enough for this as well.

There’s a built-in FM radio, too, although this only works when the supplied headset is attached. Another area where the ZTE Open isn’t exactly state of the art is the camera. This is rear-facing only and has a resolution of 3.15Mpixels. Images aren’t exactly sharp, particularly in low light, and there is no flash. So the photography experience is about four years out of date, and Skype video calling won’t be particularly pleasant. 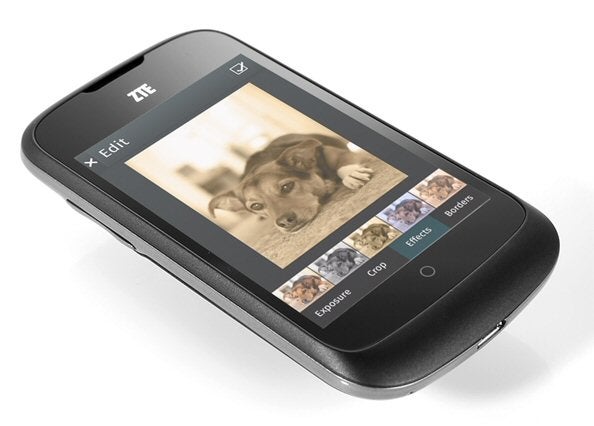 The single-core Qualcomm Snapdragon Cortex-A5 runs at 1GHz, which is rather mediocre by today’s standards, as is the paltry 256MB of RAM. But the ZTE Open doesn’t feel particularly sluggish. In fact, it’s adequately smooth in operation. One area where this phone does not feel smooth, however, is when entering text. The touch keyboard is inaccurate and the lack of predictive text entry makes it particularly painful to use.

Next
Software, Apps and Verdict Review