Launched in June, 2014, the Nokia Lumia 630 is a likeable low-end phone with a wallet-friendly price tag.

Available SIM-free for just £65, Nokia’s Windows 8.1 handset is one of the cheapest Windows Phones on the market and good value for money, if you can look past its disappointing screen. For a fraction of the price more you can now pick up the successor to the Lumia 630, the Lumia 635, which has added 4G and made some improvements in styling but little else aside.

User reviews for the Lumia 630 have generally been positive, touting excellent value for money and good design. The Lumia 630 faces stiff competition from one of our favourite ever budget handsets though, the Motorola Moto G – that will set you back twice the price.

As with most of the Nokia Lumia range, the Lumia 630 comes in a bright and colourful plastic shell.

If you’re after something a little more toned down you can get a black Lumia 630, but we imagine most buyers will be attracted to the more vibrant green and orange shades it’s available in.

We got hold of the orange Lumia 630, and it’s a real screaming highlighter-style shade. Our photos can’t really do it justice – it is that bright. The colour continues onto the phone’s buttons too, giving it an assured look that is often missing from cheaper phones. 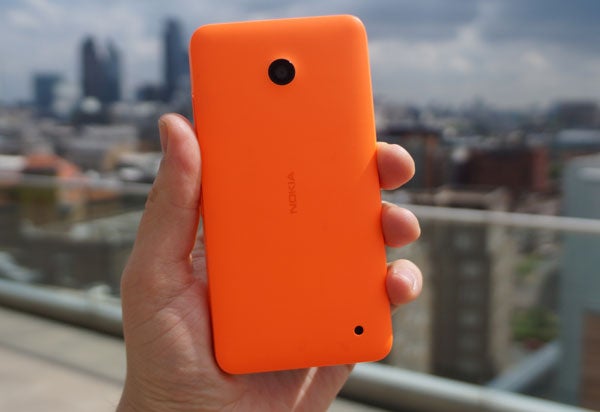 Higher-end Lumias have a more robust and expensive feel, but the Lumia 630 has a good finish for such a budget handset. Texturing has been used in the plastic of the removable back to give it a bit of grip, and avoid the tacky feel of some cheap phones. That said, the 4G edition of this phone, the Lumia 635, does have a glossy, shiny finish, which makes it harder to grip.

One of the best features of the Nokia Lumia 630’s design is that everything is within easy reach. This is a mid-size phone, but Nokia still places the power button on the side rather than the top, meaning it sits right by where your thumb naturally rests (for right-handers at least). 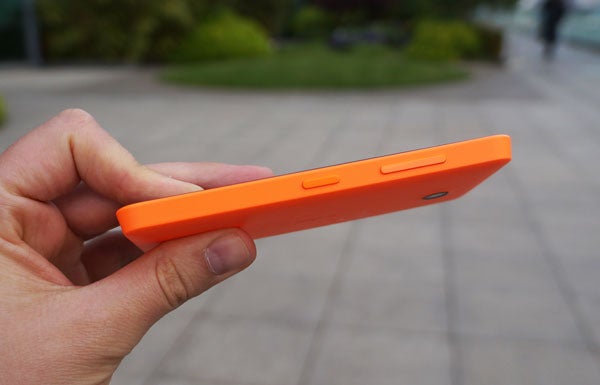 With the screen off, the Lumia 630 has some of the design purity of the Moto G – something generally missing from budget ZTE and Huawei rivals. There are no physical soft keys to label (this phone has software soft keys), and as the memory card and microSIM slots sit under the battery cover, there are no on-body trays to deal with. Nokia has also applied a tapering effect to the phone’s lines, providing an added sense of deliberation.

The Lumia 630 is a successful design, only lacking the dense, flex-free feel of the pricier Lumias. 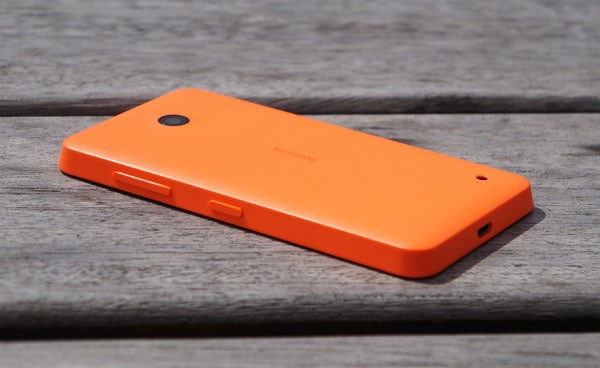 The Nokia Lumia 630 has a 4.5-inch screen. This is becoming a norm for budget phones, and while people’s impression of what constitutes a ‘large’ or ‘small’ phone is changing constantly, it offers a pretty great compromise between display size and accessibility.

What do we mean exactly? You can still pull down the notifications menu while holding the Lumia 630 in one hand, but you have enough space to type away accurately using Windows Phone 8.1’s keyboard. 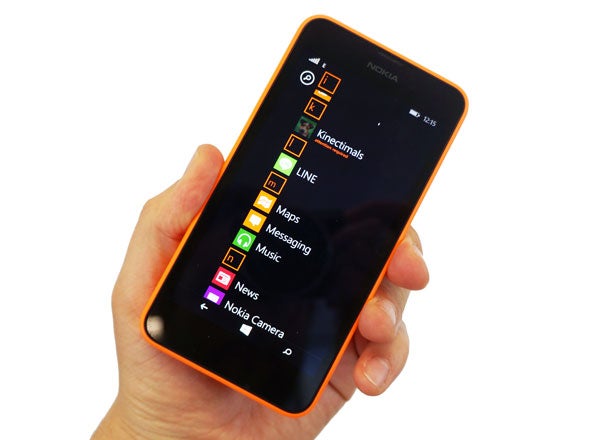 Display quality is more of a mixed bag.

First, we’ll cover the good bits. Colour is OK for a phone of this price. There is a slight blue-ish-ness to the blacks that makes us think Nokia labelling this a ClearBlack display is pushing it a bit, but for £100 it performs reasonably well.

For the uninitiated, ClearBlack is a stamp Nokia puts on the phones it thinks offer really good displays that provide a vibrant, punchy image. There’s no particular display tech involved (there are both IPS and OLED ClearBlack screens), but it is a generally reliable seal of quality.

What we’re most pleased to see is no sense of the display being recessed far beyond the top layer. Less advanced IPS LCD screen types tend to look a little washed out, partly thanks to being made of a number of discrete layers between which are tiny air gaps. But the Lumia 630’s screen is pretty immediate and vital-looking.

Angled viewing diminishes the brightness a bit, but as with most IPS LCDs, viewing angles are generally very good – there’s no dramatic contrast shift. 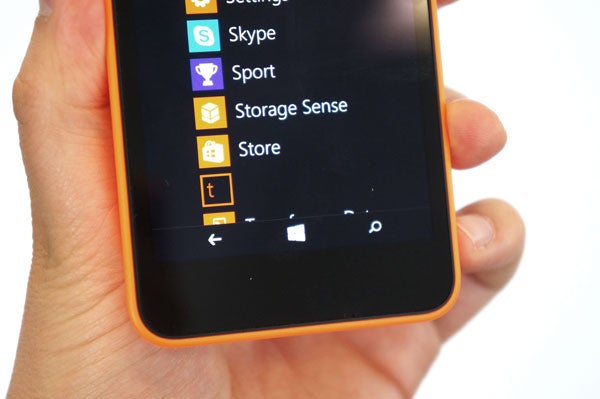 This resolution also marks a step down in sharpness from last year’s budget Nokia Lumias, the excellent Lumia 620 and Lumia 520. Those phones use 800 x 480 resolution screens, but as they are so much smaller they both appear sharper than the Lumia 630. If you’re picky about screen quality, you probably won’t be 100 per cent happy with this phone. 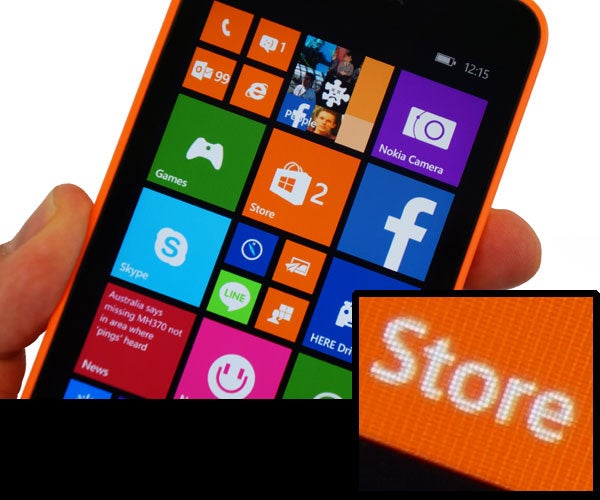 Windows Phone 8.1 emphasises the resolution issue too. It lets you fit more, smaller Live Tile shortcuts onto your phone’s home screen, showing off quite how blocky the screen appears next to more expensive phones.

It’s immediately obvious, and one of the most off-putting aspects of the Lumia 630.

Windows Phones have traditionally lagged behind the Android competition in terms of resolution. Once we could blame the software, as previous version of Windows Phone limited the resolutions available to phone manufacturers. But now that Windows Phones use everything from 480 x 800 pixels right up to 1080p, we can only assume it’s a pure cost issue.

The lack of adaptive brightness is another screen complaint. Most phones have an ambient light sensor in their screen surround, letting a mobile tell how bright the screen needs to be for any occasion. Here, you manually pick between ‘low’, ‘medium’ and ‘high’ backlight settings.

Having to flick between these as you move between outdoors and indoors is annoying, and technophobes who don’t realise they can do this may just end up thinking their Lumia 630 is merely indecipherable when used outside. Even at top brightness the phone struggles with a bright, sunny day.

The backlight is also quite inconsistent. There is a slightly dimmed area at the top that appears to be where the downward-firing backlight LEDs live. It’s a sign this isn’t a top-quality screen.

Nokia has got a few elements of the Lumia 630 display right, but others are way off.