What is the Vodafone Smart Prime 6?

Long gone are the days when a phone with a camera, apps, and a slick operating system had to cost a fortune. Vodafone wants to make bank on the growing interest in low-end handsets, and the Smart Prime 6 is its budget contender.

The most important point to note about the Smart Prime 6 is that it costs £79. That’s the same price as five flowery Ikea cushions. Frugality is the modus operandi here, folks.

For your pocket change, you’ll get an Android 5.0 smartphone boasting a 5-inch HD display, a quad-core processor, 1GB of RAM, and a battery life that impresses.

That all sounds great on paper, but how does this budget handset fare in the real world? Read on to find out… 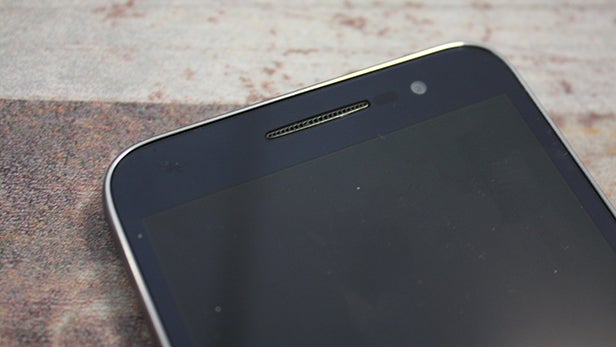 The Vodafone Smart Prime 6 will likely raise a quizzical eyebrow from your iPhone-toting mates. But those iPhones cost about £600, and you paid a mere £79 for your new handset.

In spite of the expectations that come with a branded smartphone, the Smart Prime 6 doesn’t look bad. It’s built from plastic, yes. But a faux-metal finish on the back and a large 5-inch screen look premium enough. The design reminds us of the EE Harrier, albeit less refined.

The phone has a profile thickness of 9mm. That’s slimmer than the Moto G (2014), the Moto E 4G, and the Karbonn Sparkle V. It’s 0.1mm thicker than the EE Harrier, but you can’t notice the difference. It weighs 155g, which is light – slightly heavier than the Samsung Galaxy S5. 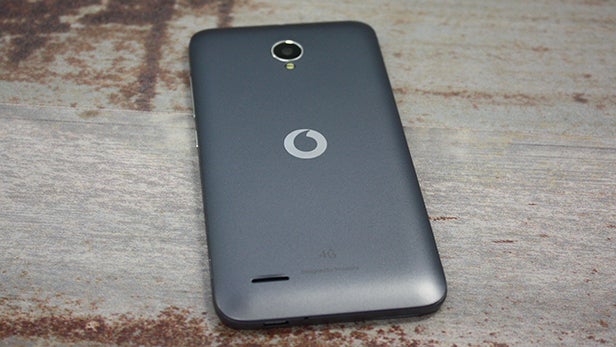 There are some neat aspects of the phone’s design, for instance the navigation buttons, which sit on the bezel and glow a quirky blue. A metallic ring encircles the rear camera. The speakers are discreet and unobtrusive, and you can hold the handset in landscape comfortably thanks to the thick bezel. There’s just one Vodafone logo – it’s mirrored, and looks half-decent, surprisingly.

There’s a Micro USB port on the bottom, and a headphone jack on the top. The SIM tray and microSD slot are both contained underneath the removable rear casing. It’s all very prosaic, but playing safe with low-end smartphones is a wise move by Vodafone. 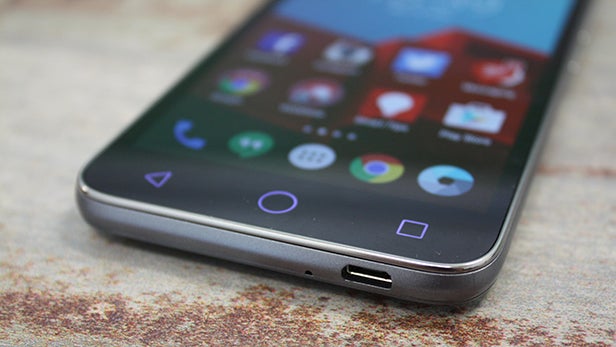 The Vodafone Smart Prime 6 has a 5-inch display. That’s a typical size by today’s smartphone standards, and is fine for viewing videos, images, and text comfortably. It’s also not so large that the phone feels awkward to hold.

The screen resolution is 720 x 1280, which means you can play HD content natively. While Full HD 1920 x 1080 displays are more common, we can’t complain about a HD screen at this price. Colour reproduction is good, the brightness is fine for outdoors viewing, and content looks sharp.

The screen is on-par with the Moto G (2014), although the pricier EE Harrier Mini has a more impressive display. However, as this is the cheapest of the three, we’d say the Smart Prime 6 display is great value.