The Z10T-A-106 has a sticker on it saying ‘Ultrabook Inspired by Intel’, and the specifications are suitably beefy for the svelte size. With 4GB RAM, a Core i5 dual-core processor and a 128GB solid state drive, performance in day-to-day tasks is smooth without any stuttering. The SSD also has the knock on effect of swift boot-up times, with 14 seconds from a restart and just nine from cold. 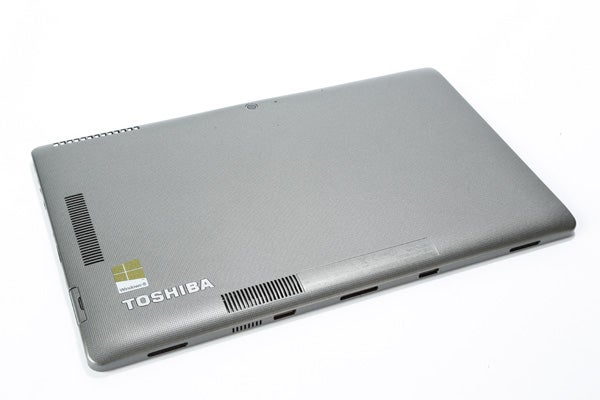 In Unigene Heaven (a tough gaming benchmark that runs in Windows, OSX and Linux) we could only manage the basic test, which in a windowed 1,280 x 768 box could only run at an average of 6.5fps.  We should reiterate, though, this is a tough benchmark aimed at gaming PCs, so a low score was expected.

We installed a couple of older 3D games to test the real world capabilities of it. In Fallout New Vegas in 1,920 x 1,080, the game was playable even in the outdoor sections, but not 100% smooth. It was a similar story with Burnout Paradise. By playing with resolutions and detail settings some recent gaming may not be out the question, but don’t expect this to run Battlefield 4. 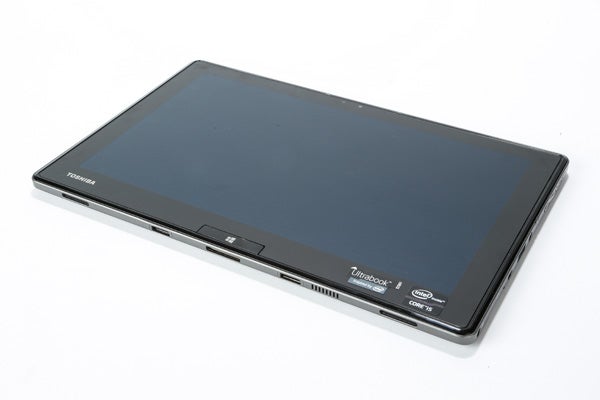 Even with everyday browsing and word processing, the Toshiba Z10T-A-106 can get a little warm. Unlike most laptops, the fans are in the tablet section, so placed behind the top right hand corner of the screen. The lack of complex innards in the keyboard section has the knock on effect of meaning that even if it does get hot, your lap won’t. The fans, when they kick in, are pretty quiet but noticeable.

It’s the kind of noise some music will drown out, but the Toshiba is definitely louder than the Surface Pro 2. The latter remains silent in everyday use, almost as if it’s passively cooled.

During our gaming tests, they unsurprisingly got louder, and the back of the screen again got very warm (if not quite hot) to the touch. This shouldn’t be a problem most of the time, however, unless you throw some harder, CPU or GPU intensive tasks at it. 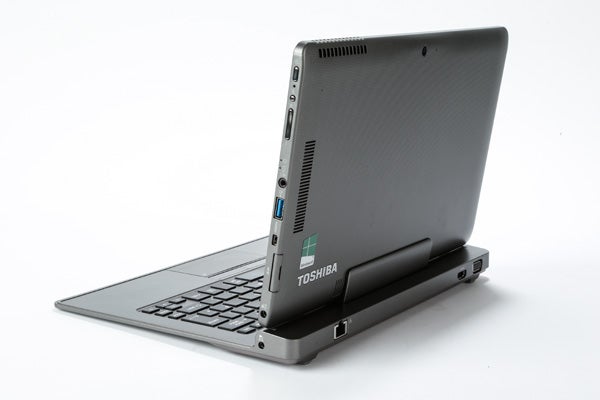 Tablets often have better battery life than laptops, so we were keen to put the Toshiba Z10T-A-106 through its paces with our standard battery tests. At 40% screen brightness, it four hours and 46 minutes before requiring a recharge. This isn’t downright bad, but it’s a long way from near eight hours of the Surface Pro 2 and there are quite a few Ultrabooks that easily surpass it. The Sony VAIO Pro 13 lasts over six hours, while the Lenovo Yoga 11S hits nearly five and a half hours.

Plugging it in for 30 minutes gave us back 31% of the battery life, giving you around an hour and 28 minutes of real world usage. Not bad at all, but not enough to make for the so-so overall battery life.