In order to make the Xperia so thin, Sony would have undoubtedly have had to make compromises. Unfortunately, one is in an area that has major consequences. The Z4 Tablet runs on the same 6,000mAh battery as the Z2 Tablet. For comparison, the Air 2 squeezes in a 7,340mAh battery, and the Galaxy Tab S 10.5 uses a 7,900mAh number.

As expected, stamina is a low point. Not even the super-efficient Snapdragon 810 can make up for the fact that 6,000mAh just isn’t enough juice for such a high-quality, power-hungry display.

In Airplane mode, with screen brightness and volume at the midway mark, we played a standard-definition video on loop and the Z4 Tablet lasted an unremarkable 5 hrs and 30 mins. That’s nowhere near the claimed 17 hours video playback.

Battery drain is particularly bad when using the camera. Our sample lost an astonishing eight per cent during just 10 minutes of use.

With mixed use it fared better, lasting over eight hours. This is more than good enough to keep you entertained while travelling to and from work, but you’ll have to charge it daily if you watch a lot of video content.

Fortunately, Sony offers several battery-saving options to keep the Xperia going for longer. Extended Standby mode automatically switches off apps when the screen is powered down, while Extended Usage mode tones down performance to ease up on power consumption. Ultra Stamina mode, meanwhile, is handy in emergency situations, limiting the Xperia to basic functionality.

The Z4 Tablet is a slow charger too, with a 30-minute blast taking it from flat to 13 per cent, which would theoretically provide just over 40 minutes of video joy. It took a sluggish four hours to get to 100 per cent. 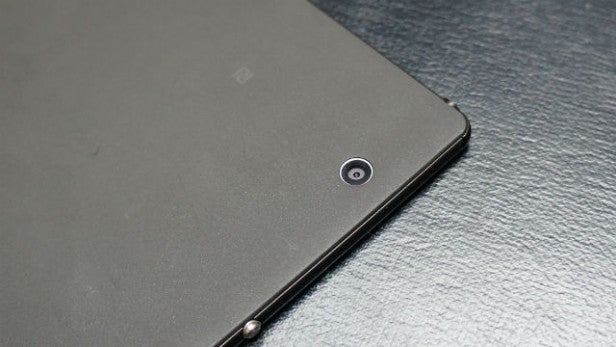 Sony has put a lot of effort into its photography suite. An 8.1-megapixel camera adorns the back of the Xperia, and a 5.1-megapixel snapper sits on the front.

The front-facing camera is better than you’d normally find on a tablet, and as such it’s perfect for Skype video calls. We’d still recommend using your smartphone for selfies, as the images captured by the Xperia look soft and lack detail.

The rear sensor comes equipped with HDR mode, which is designed to capture more detail in the darkest and brightest areas of shots. Unfortunately, it isn’t particularly effective or consistent, leaking through plenty of excess light without improving shadow detail.

As with the selfie camera, the main sensor captures hazy images that lack detail. It does a decent job in low light conditions, thanks to the image stabiliser, but we definitely wouldn’t use the Z4 Tablet as our main camera.

Sony has also included a range of unusual AR apps, which flit between fun and plain bizarre. You can throw a T-Rex into shots, or superimpose a terrifying virtual cat head over your own face.

There’s also a panorama mode and the option to plant your own face in pictures, which the Xperia does by simultaneously firing up the front and rear cameras. It’s quite fun trying to turn yourself into a sort of homemade version of the sun from Teletubbies. 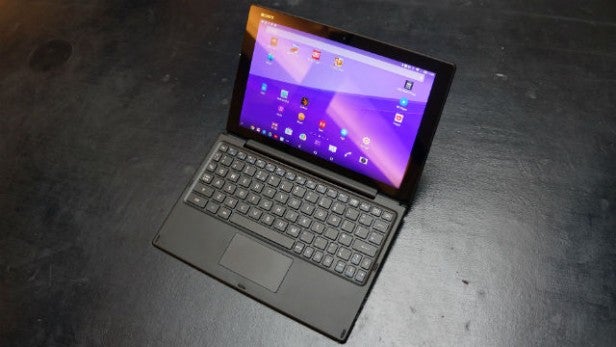 It appears that Sony is making consumers buy the Xperia Z4 Tablet alongside a non-optional £150 keyboard dock, which transforms it into a sort of tablet/Chromebook hybrid, and ramps up the price of the Wi-Fi-only model to an intimidating £499. The LTE version of the tablet (with dock) comes in at a frightening £579. US customers will have to part with $759 for the Wi-Fi-only model with the keyboard.

Unfortunately, the Bluetooth keyboard itself is nothing special. Made from the same matte black plastic as the tablet, it looks OK, but that’s about as good as it gets. It almost doubles the Xperia’s thickness and weight, coming in at a surprisingly hefty 365g.

You have to slot the tablet into a ridge that protrudes from the head of the keyboard. It’s a simple mechanism, which lacks any of the slickness associated with magnetic hinges. You have to ram the Xperia in, and extracting it is equally unceremonious, requiring several firm tugs.

Crucially, the keys are simply too small to provide a comfortable typing experience. We made typo after typo, routinely hitting the wrong buttons purely because the layout is so cramped. The keys are also shallow, failing to offer a satisfying amount of travel.

The trackpad is tiny, too, and therefore unpleasant to use. It also takes a couple of seconds to wake up after it’s not been in use for a while, which is irritating. 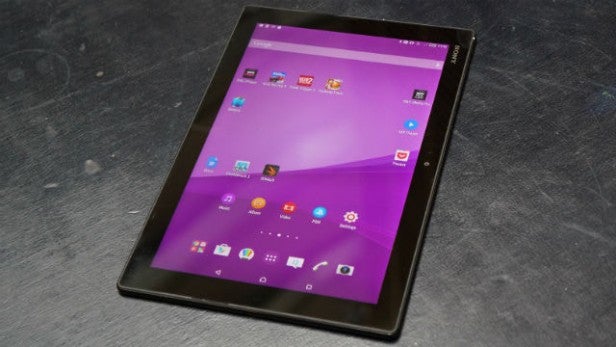 Should I buy the Sony Xperia Z4 Tablet?

If you can afford to shell out £500 on a tablet, then yes. The Sony Xperia Z4 Tablet is an excellent piece of kit: it’s quick, powerful, effortlessly good-looking and incredibly light.

What’s more, the screen is exceptional, and not just in terms of clarity. It’s also bright, accurate and large enough to be used as your primary entertainment device. If you’re a gamer, the PS4-friendly Remote Play feature adds to the appeal.

The only downside is battery life. However, if you’re sensible and make use of the multiple power-saving modes, you’ll easily be able to get a full day out of the Xperia Z4.

The Sony Xperia Z4 Tablet has all the style, power and stunning screen quality necessary to make it a true iPad Air 2 rival.