What is the Sony Xperia M2?

Released in May 2014, the Sony Xperia M2 is the mid-range follow-up to the previous year’s Xperia M. It actually looks more similar to the higher-end Xperia Z2, minus some of the more expensive materials and flashier specs. These cut-backs meant a price tag of £200 SIM-free at launch, a price that has since come down to a more wallet-friendly £130 since the announcement of the Xperia M3.

The Xperia M2 faces stiff competition from one our favourite ever budget handsets, the Motorola Moto G. In many respects it’s not as good as the 4G version of that, and it does feel like you’re paying slightly over the odds in this case just for the Sony branding. This is less of an issue at the new, lower, price. If you’re looking for fairly large screen without breaking the bank, the 4.8-inch Xperia M2 is a decent mid-range choice. 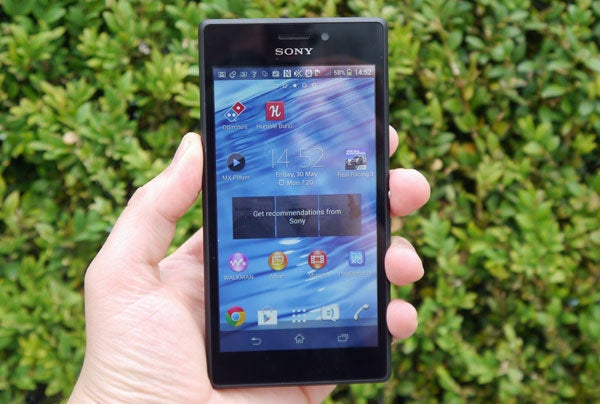 The Xperia M2 is a much more stylish handset than its 2013 predecessor, the Xperia M. It’s a moody, slick-looking model with flat front and back panels, and has more in common in the style stakes with Sony’s 2014 flagship handsets like the Xperia Z2 or Z3.

Sony has rounded-off the edges of the phone to make it more comfortable to hold, and if anything the Xperia M2 sits better in the hand than the bigger Xperia Z2. At 71mm wide and 8.6mm thick it also has a smaller footprint than the Z2, but a slightly thicker frame. 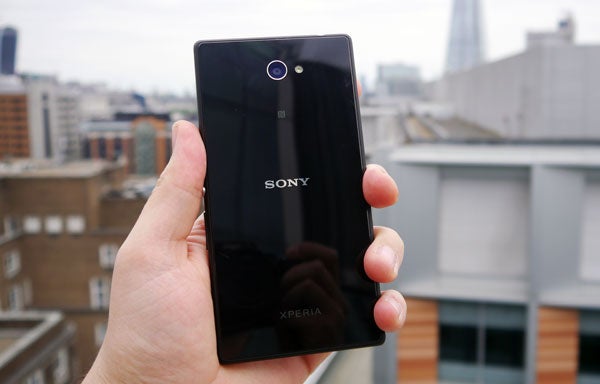 Though the design is good, the build isn’t quite as exciting. It’s good, just not top-end. Sony has done away with the glass and metal it used in the Xperia Z2 and opted instead for mostly plastic.

Its sides are black plastic and the rear is topped with a thin layer of transparent plastic designed to look like glass. You don’t get the cool glassy feel of the real deal, but our issue with it is much more practical than aesthetic.

The Xperia M2’s back scratches quite easily, and they are pretty apparent thanks to the high-gloss finish. Sony’s Xperia Z2’s back uses Gorilla Glass 3 to avoid this exact issue. 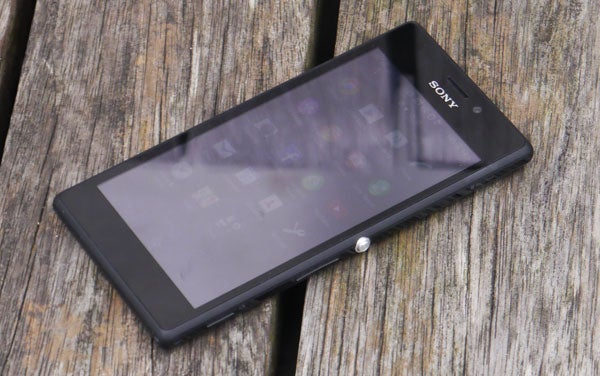 One other victim of the Xperia M2’s design cuts is waterproofing, something you get in the Xperia Z2. There is a familiar flap on the right edge to cover the microSIM and microSD memory card slots, but it is not rubber sealed. 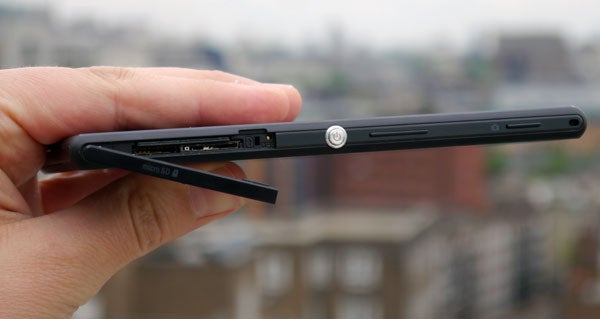 Still, the Xperia M2 uses the handy ‘omnibalance’ button layout, which puts the highly-contoured power button right under your thumb. The volume rocker and physical camera button – something fairly rare in a lower-mid-range phone – sit below the power button. It’s all very handy.

The only other design issue is that if you’re buying a phone for a younger person, they may find the Xperia M2 a little large. A 4.8-inch screen means the phone is a fair bit bigger than something like the Galaxy S4 Mini or Motorola Moto G.

Using a large screen and flashy design means the Xperia M2 can easily pass for a top-end phone at a glance. We imagine this is something that will attract many to this £150-200 phone.

However, start using the M2 and it becomes fairly apparent that this isn’t a phone of that grade. The first giveaway is the screen.

At 4.8 inches it’s large for a mid-range phone, but the resolution isn’t high enough to avoid appearing compromised. It’s a 960 x 540 resolution display, with a pixel density of just 229ppi. Mild pixellation is fairly apparent. 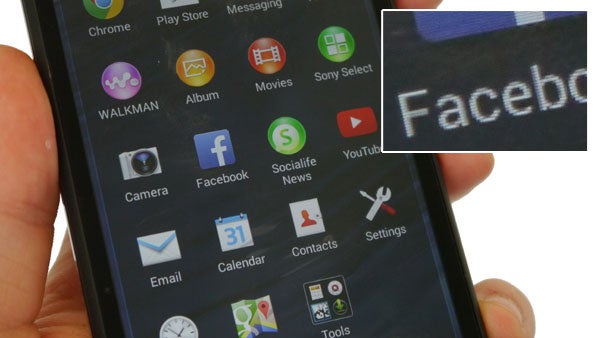 Our expectations of what to expect from sub-£200 phones have changed quite radically in the last 12 months. Where we might have been pretty happy with the Xperia M2’s screen resolution a year ago, phones like the Motorola Moto G and Alcatel One Touch Idol S – which cost around £100 and have 720p screens – have taught us to demand a bit more.

There’s nothing intrinsically wrong with the 960 x 540 pixel resolution, but using it in screens larger than 4.5 inches is stretching it a bit too far. Literally.

The Xperia M2’s colours are a little off too, lacking the pop of the Motorola Moto G, whose colour calibration is a bit better.