What is the Shika Arcades Sozu.S1?

Arcade sticks have been part of the video game accessory scene since the early days of the industry. Today, purists will think nothing of spending jaw-dropping amounts to achieve the “perfect” interface experience for titles such as Street Fighter V, Dragon Ball FighterZ and Soulcalibur VI. However, the Sozu.S1 arcade stick – created by fledgling UK company Shika Arcades – takes this admirable dedication to a whole new level.

Constructed from architectural-grade bamboo and boasting industry-leading arcade componentry, it’s designed to be not only the ultimate controller for the 16-bit Super Nintendo, but also a piece of limited edition art that will gracefully age over time and increase in value. Precision-engineered and finished by hand, such decadence predictably doesn’t come cheap; the Sozu.S1 costs an eye-watering £395. 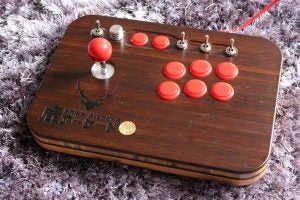 It isn’t everyday you see a controller that’s made out of wood, but the Sozu.S1 has been designed with more than mere functionality in mind; this is supposed to be an object of artistic beauty. Bamboo has been specially selected for its rugged characteristics, and has been CNC machined and hand-sanded for a truly gorgeous look and feel. It’s finished with a wax coating that keeps moisture from your sweaty palms at bay.

The Sozu.S1 is available in two colour schemes – Duotone and Natural – but the first batch of 100 is Duotone only, so you’ll have to wait until Shika Arcades has finished manufacturing and shipping these ‘First Edition’ units before you can get your hands on the other option.

The Duotone model uses carbonised bamboo for a contrasting look, but no matter which you choose, no two Sozu.S1 sticks will be identical. Each one is unique, because this is bamboo we’re talking about here – you can’t mass-produce that in a factory.

On the top of the controller you’ll find six Sanwa-made action buttons – arranged in the tried-and-tested two-row configuration made famous by Capcom’s Street Fighter II – as well as a row of three switches that allow you to toggle the button layout on the fly. There’s a Start and Select button, as well as a Master Turbo dial. Recessed in the bottom-left corner is a brass Shika Arcades token, which is the same size as a 100 Yen coin. 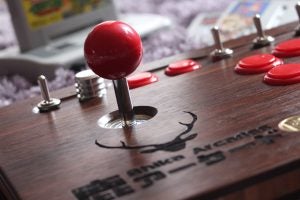 On the underside of the Sozu.S1 are four rubber feet, which give the unit superb stability when it’s resting on a flat surface, as well as a metal panel that displays the serial number. The cable that connects the controller to your SNES (or Japanese Super Famicom) is covered in super-tough red braiding, and there’s a protective cover where it joins the plug, for added strength.

The Sozu.S1’s stick and buttons use super-responsive and hard-wearing micro-switched connections that are common in the arcade scene. Manufactured by Sanwa – a Japanese company which, amongst other things, specialises in coin-op and controller components – they’re precise, robust and very, very noisy. Each push of the stick or press of a button results in an audible “click” as the micro-switch connects. It’s a sound that will be instantly familiar to anyone who remembers the golden era of arcades, but if you’re used to modern controllers then it might be a bit overwhelming.

Noisiness aside, the Sanwa parts ensure that every movement and button input feels fantastic; the stick really comes into its own when playing fast-paced titles such as Street Fighter II, Contra III or Super Ghouls ‘n Ghosts.

If you’re playing an arcade shooter then the “Master Turbo” system will be of interest. You can enable it with the flick of a switch and control the speed with the CNC lathed aluminium control dial. The other row of switches – located above the main action buttons – enable you to remap the controls, which is handy if you want a slightly different layout for certain games. The stick comes with a decent set of instructions that explain exactly how these features work. 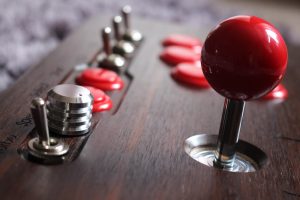 When you’re spending the best part of £400 on a controller, you ideally want it to be compatible with as many systems as possible – but the Sozu.S1 will only connect to the SNES (and its Japanese equivalent, the Super Famicom). The plug is identical to the one you’ll find on those consoles – a totally proprietary connection created by Nintendo – so there’s no chance of using it with your other retro systems (the Mega Drive, for example, used an off-the-shelf 9-pin connector that was also found on the Master System, Amiga, C64 and other systems).

Had Shika Arcades gone for a multi-plug connector – or even included a USB option – then the Sozu.S1 would be more appealing, but the company has stated its objective was to create the best possible controller for the SNES. On the flip side, had more systems been supported, then the cost of purchase would have risen dramatically.

Usually, we’d scoff at the idea of spending £400 on a controller that can only be used with a single (outdated) console, but the Sozu.S1 is much more than just a simple gaming interface. It’s an investment that will not only increase in value as time goes on, but it will also age beautifully. In short, it’s sure to become the centerpiece of your vintage gaming collection.

Nevertheless, the cost of entry is astronomical and it’s clear this isn’t going to be a product for everyone. If you’re quite comfortable experiencing the 16-bit golden era on your SNES Classic Edition, and don’t see the need to use original hardware, you’re unlikely to see the appeal of a wooden arcade stick that costs as much as a PS4 Pro.

However, retro gaming purists are likely to have placed their preorder weeks ago. The cost may be truly formidable, but this really is the best controller you can get for the original SNES – a niche accolade if ever there was one.