The UE49MU7000T is a 49-inch 4K LCD TV from just above the middle of Samsung’s 2017 range. It doesn’t get Samsung’s new QLED technology, with its ground-breaking brightness and colour properties, but it does feature Dynamic Crystal Colour technology based on Samsung’s 2016 flagship TVs, along with a claimed peak brightness of 1000 nits.

These premium features combine to make the MU7000 easily the most potent HDR screen at around £1100, and arguably the most all-round attractive TV that Samsung’s released this year. 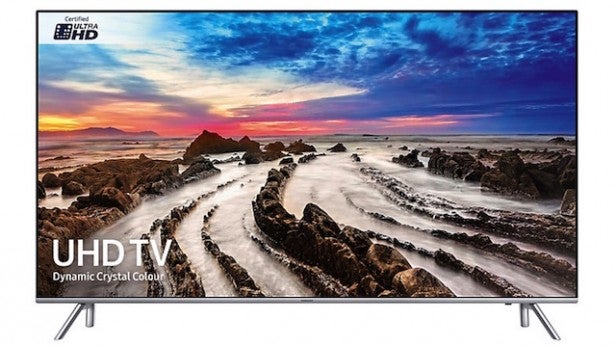 The UE49MU7000T is better-looking and better built than you might expect for its price. Its frame is incredibly trim along its top and side edges. The bottom edge is markedly wider, but still looks good in its gleaming finish.

The bodywork feels impressively robust too, and since the MU7000 deploys a flat screen rather than a curved one, the only point of design controversy is its desktop legs. These are attractive enough with their minimal sideways-on stance, but since they’re positioned towards each bottom corner of the screen you’ll need to place the TV on a piece of furniture that’s pretty much as wide as the screen.

This may not be too big a deal with our relatively small 49-inch MU7000 model, but it could certainly become a bit awkward with its larger siblings. If you’re considering the MU7000 in a bigger size, you may want to check out the Samsung MU8000, which has a central pedestal-type stand.

The MU7000 ships with two remote controls: one standard, button-packed one, and a much more stripped down ‘smart’ one. Both are excellent in their different ways, but personally I found the smart one became my default option. It features a much more logical, uncluttered layout than previous Samsung smart remotes, as well as providing access to Samsung’s new, much simpler (and actually usable) voice control system. 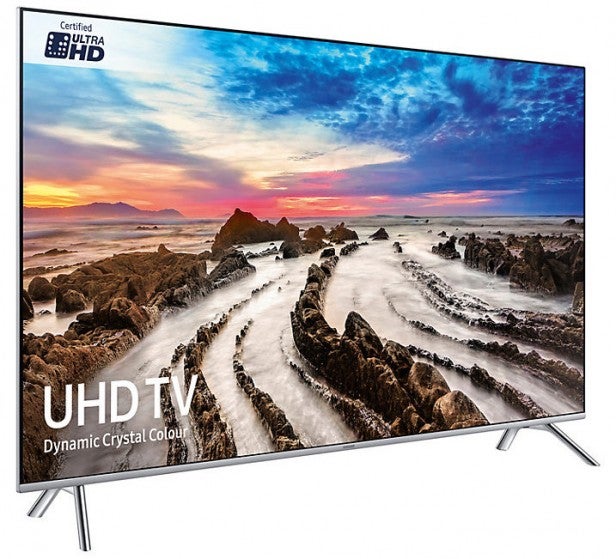 The UE49MU7000T’s headline features are its native 4K resolution and support for high dynamic range playback. The HDR playback is supported by a high (by mid-range TV standards) claimed peak brightness of 1000 nits and wide colour gamut technology.

My own measurements of the TV’s brightness using a 10% full white HDR window delivered a figure of just over 700 nits. That’s not 1000 nits, obviously, but the screen will go brighter over smaller areas, and my measured figure is unprecedentedly high for the set’s price point. By comparison, Sony’s recently tested KD-55XE8596 only delivers 430 nits on a 10% window.

The MU7000’s HDR support encompasses the industry standard HDR10 system, the broadcast-friendly HLG (Hybrid Log-Gamma), and Samsung’s new HDR10+ system. If you’re not familiar with this latter platform, it adds dynamic metadata (extra instructions to help a TV produce the best image quality) to the basic HDR10 data. Only Amazon has so far announced content support for HDR10+, and no HDR10+ shows are available to watch yet.

The MU7000 does not support the Dolby Vision HDR format. Samsung has long argued that you don’t need Dolby Vision to get a great HDR picture, but its absence still seems a pity now that Dolby Vision is starting to appear on a few Ultra HD Blu-rays, as well as on a few Netfix and Amazon streams. 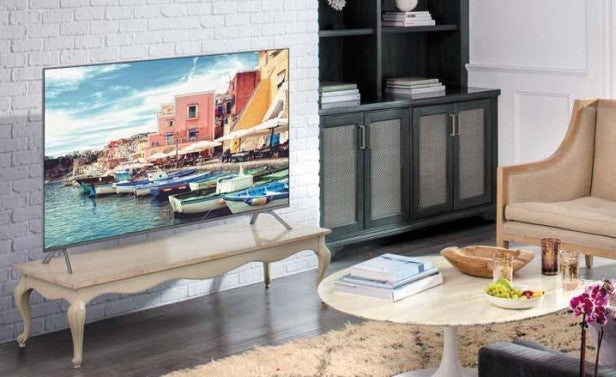 The UE49MU7000T uses an edge LED lighting system, with the lights firing vertically up the screen. There’s local dimming with eight zones (versus 12 on the 65-inch MU models), partnered with Samsung’s Precision Black UHD Dimming system.

The MU7000 range uses less ‘calculation zones’ than Samsung’s MU8000 and MU9000 models – a fact which experience has shown really can have an impact on picture quality. Hopefully here the impact isn’t too great…

The MU7000 also differs from the MU8000 and MU9000 models in not benefiting from one of Samsung’s contrast-rich Ultra Black panel designs. Though as I’ll explain in the performance section, this isn’t necessarily a bad thing.

As is customary with relatively high-end Samsung TVs these days, the MU7000 ships with an external connections box connected to the TV via a single cable. This box features four HDMIs, three USBs, and the now customary Wi-Fi and Ethernet network options. Note that the only headphone support is Bluetooth; there’s no physical headphone jack.

The MU7000’s smart features are provided by Samsung’s Eden 2.0 platform. This delivers two tiers of attractive icons, where the content of the upper layer delivers contextual content links based on the service you’ve selected on the bottom layer.

Apps available include all the UK catch-up TV services, Now TV, plus Netflix and Amazon in 4K and HDR. 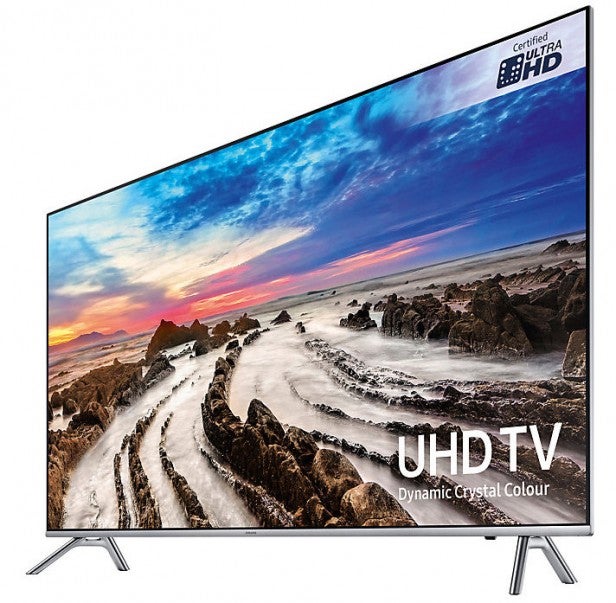 Samsung has really polished up its first installation procedures this year. Network set up is simple; the TV (usually) automatically identifies your connected equipment and updates its onscreen input labels accordingly; auto-tuning is allowed to take place in the background while you carry on doing other stuff; and you are given the option of adding more apps to your customised smart TV homescreen just by selecting them from a list of recommended options.

To get the best out of the MU7000’s pictures, turn off all noise reduction for native 4K content, and set the Motion processing to Custom with judder reduction set to around level three. I’d also recommend making sure the sharpness isn’t set higher than 40, to stop detailed areas looking noisy.

That’s pretty much it for standard dynamic range content. With HDR, I’d additionally recommend the Standard preset over the supposedly more accurate Movie one. I also found it helpful to the HDR picture’s black level performance to only run the ‘local dimming’ feature on Low, even though this takes a little brightness out of the image. You can compensate to some extent for the slight brightness reduction by pushing the Dynamic Contrast feature to high.