The 55XE8596 is a new 55-inch TV from the middle of Sony’s latest 4K range. It still supports HDR despite only costing £1,290, uses edge LED lighting with whole frame dimming, and deploys a combination of YouView and Android TV for its smart features. 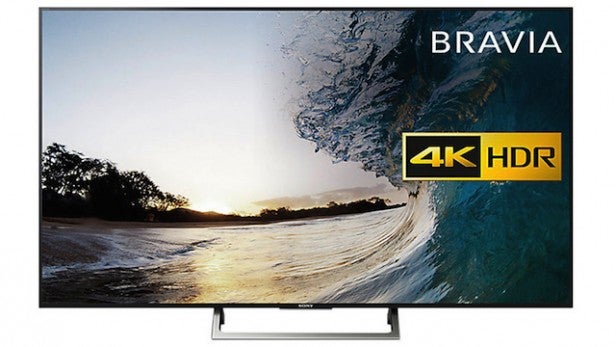 The 55XE8596 is attractive for a mid-range TV – from a distance, at least. Its combination of a rectangular metallic silver bar-style stand, minimalistic, skinny black screen frame and startlingly trim rear doesn’t immediately suggest any price-based design corner cutting.

I couldn’t help but notice, when I was putting the 55XE8596 together, that it’s rather flimsily built. The stand wobbles and flexes until the TV’s been attached to it, and at 18.6kg the screen is one of the lightest 55-inch TVs I’ve lifted for a long time. This alerts you to a distinct lack of glass and metal in its predominantly plastic bodywork.

The remote control the 55XE8596 ships with is also pretty lightweight and plasticky. It relies too heavily on two concentric circles of buttons around the central select button, making it a tough handset to use in a dark room.

This is not as powerful as the X1 Extreme system found in Sony’s XE93, ZD9 and A1 OLED models, so we shouldn’t expect it to deliver quite such impressive pictures. Nor is it powerful enough to support the addition of Dolby Vision HDR support via firmware update like the X1 Extreme models can. 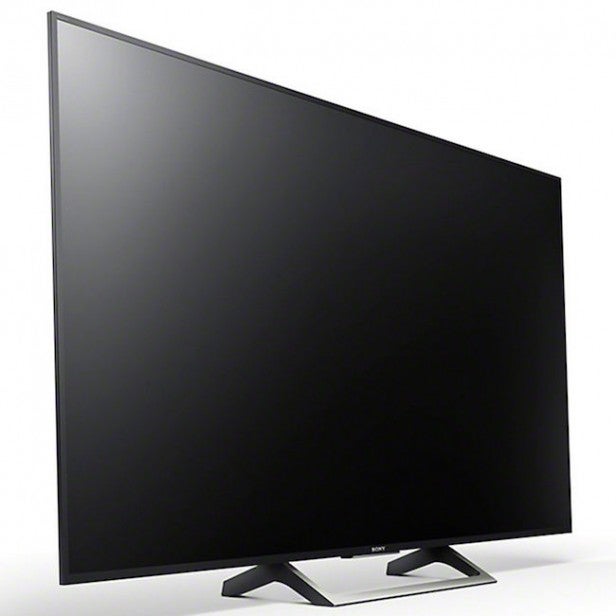 It’s still more powerful than anything you’d expect to find inside a £1290 55-inch 4k HDR TV, though. Among its talents is an integrated picture database for recognising different types of incoming pictures and applying the most appropriate noise reduction and 4K upscaling processing to them. There’s also driver software for Sony’s wide-phosphor Triluminos colour platform. Well worth a mention is Sony’s Super Bitmapping system for reducing the colour banding problems most TV brands suffer from when showing HDR pictures.

The 55XE8596 is illuminated by edge-mounted lighting – but unlike the XE93 series, there’s no local dimming on hand to let different sectors of the edge LEDs output different levels of light simultaneously to boost contrast. Instead, all the set can do is dim or brighten the whole frame at once, to suit the images you’re watching. 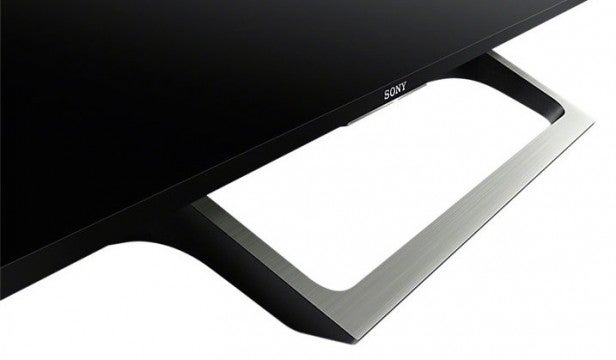 The 55XE8596’s smart features come from two sources: Android TV and YouView. Android TV – which is now running the Nougat platform – offers a bounty of content, from games through to video streaming platforms, utilities and infotainment apps. For me, it mistakes quantity for quality with its apps, and also doesn’t do enough to highlight TV-friendly content. Its interface is also cumbersome and sluggish, and doesn’t give you enough customisation options.

YouView, with its focus on easy access to the catch-up TV platforms of the UK’s main broadcasters, is much better. In fact, I suspect that for many users it will become the main go-to part of the 55XE8596’s smart system.

The Netflix and Amazon Video apps on the 55XE8596 both support 4K and HDR playback.

For once there’s not a lot that needs saying here, since the 55XE8596 delivers much better pictures right out of the box than most lower-mid-range TVs.

My main picture tips would be to only watch HDR using the Standard presets, since all the others look too dark; tone the Live Colour setting down from its high default setting to Mid or even Low; and leave the Adaptive Contrast setting on at least Low, and more likely Medium, if you don’t want the set’s impressive black levels to disappear.

I have an audio tip, too. Reduce the ‘surround effect’ setting from its default 6 level to three or four to make the sound appear fuller and more convincing.

Used as the main TV for the review period
Tested for more than a week
Tested using industry calibrated tools, discs and with real world use
Tested with broadcast content (HD/SD), video streams and demo discs
Next
Performance and verdict Review